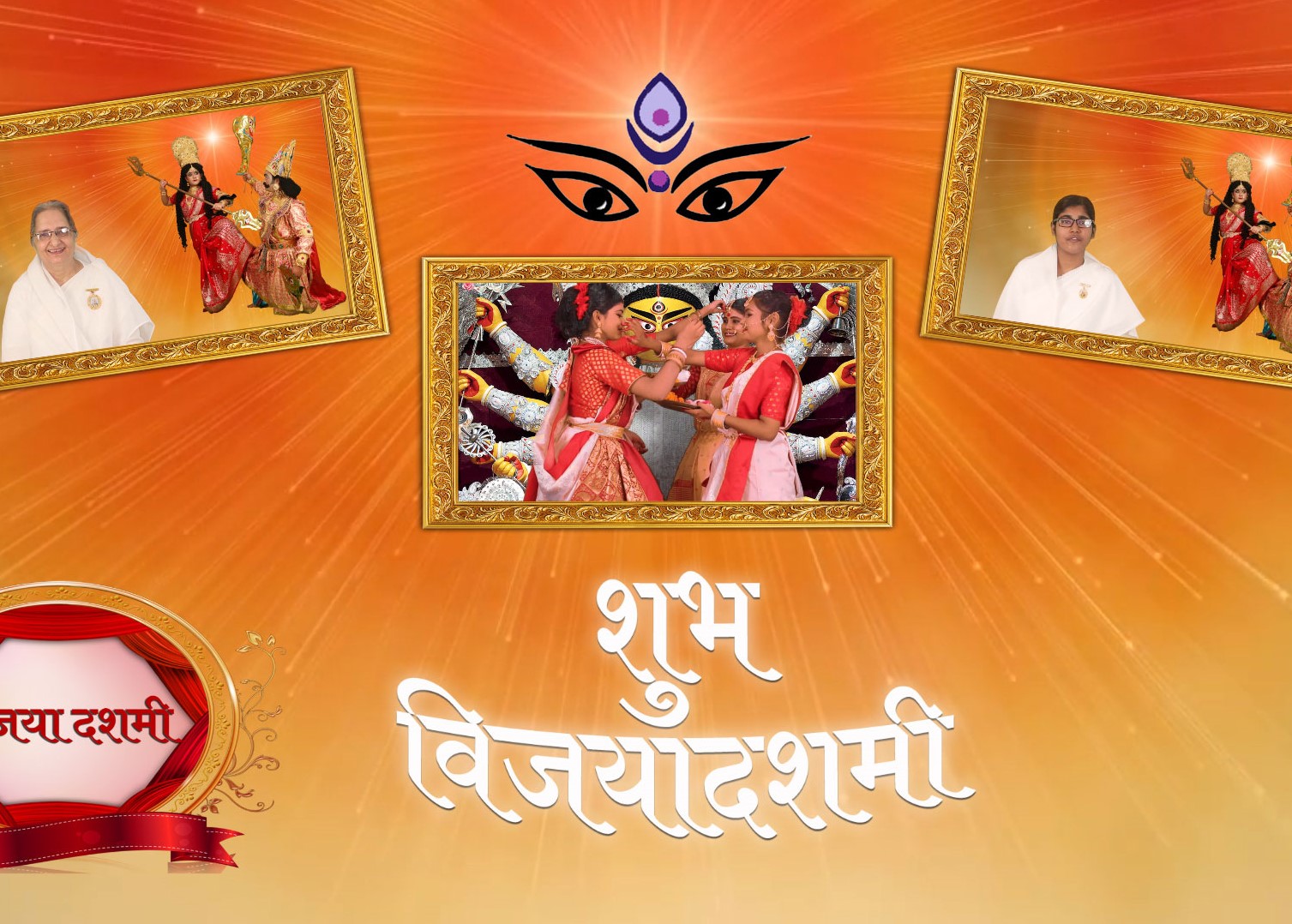 Shyamnagar(West Bengal): The Brahma Kumaris of Shyamnagar celebrated Durga Puja and Vijayadashami festivals with Spiritual discources, song and dance performances. Due to the Coronavirus Pandemic,  the programs were telecast on YouTube channel for the benefit of all.  The theme of celebrations this year was based on realizing Divinity in character rather than in images.

BK Neha, Rajyoga Teacher from Shyamnagar, explained the spiritual significance of Durga Puja. The Supreme Soul itself gave Divine knowledge to re-establish the respect and status of women in society.

BK Sneha talked about the different forms of Divine Mother that are worshipped during this festival.  She enumerated the various qualities of the goddess and explained the real meaning behind them.

BK Ritwika talked about the quality of the Goddess having the power to kill all demons.  This refers to the Divine power within being capable of defeating all negative tendencies and vices.

BK Sunanda explained the Spiritual meaning of Vijayadashami or Dusshehra.  It refers to the final victory of man in getting rid of all vices and realizing the Divine self present within himself.

Rajyogini BK Kamla, Incharge of Brahma Kumaris in Shyamnagar,  urged everyone to learn Rajyoga and experience these eight Divine powers of the Goddess in their own lives.