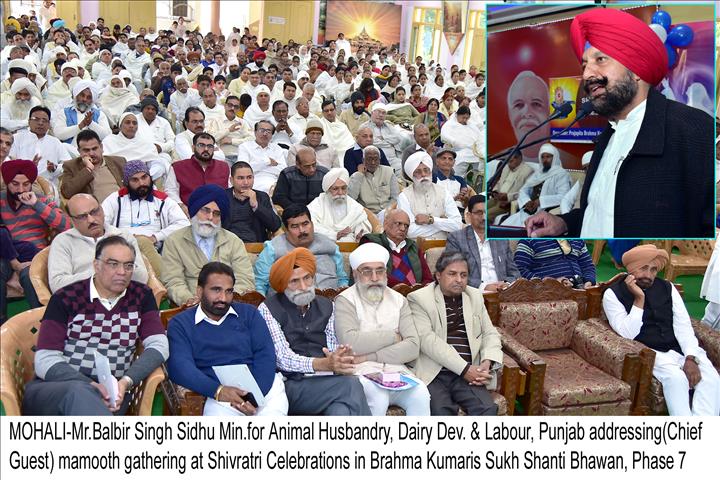 After hoisting God Shiva’s flag, Brahma Kumari Prem Lata led the pledge of Peace, Brotherhood and Harmony with all on this occasion.

While presiding over the gathering, Brahma Kumari Premlata in her blessings asked all to learn the technique to derive powers and happiness from Supreme God Father Shiva who has now descended in the corporeal medium of Prajapita Brahma. She claimed that peacelessness, terror, sufferings and suicides are the result of a mere materialistic approach.

Brahma Kumari Rama threw light on understanding various rituals of Shivratri such as offering flowers of AAK, Dhatura, Belpatras and  keeping a fast on this festival. She advised keeping a balance of materialism and spirituality in life. 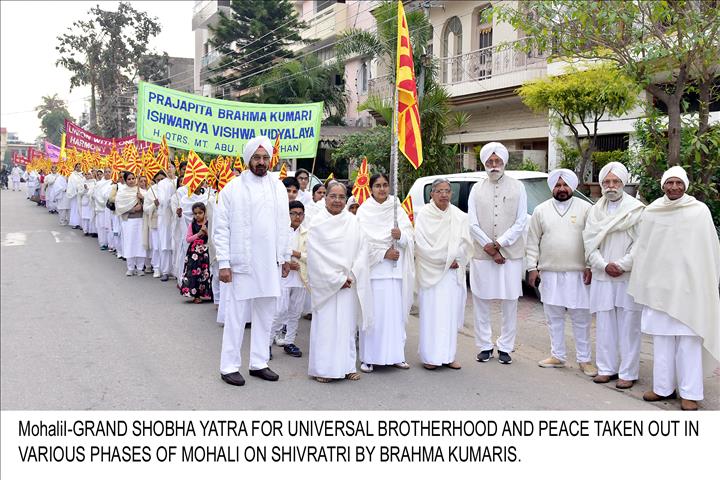 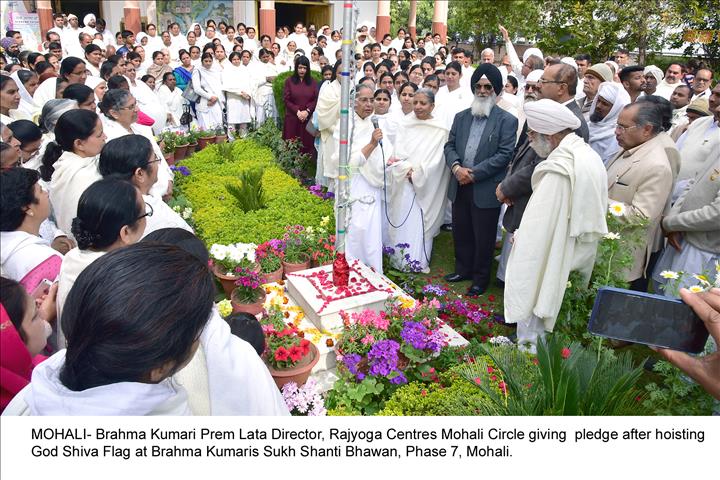 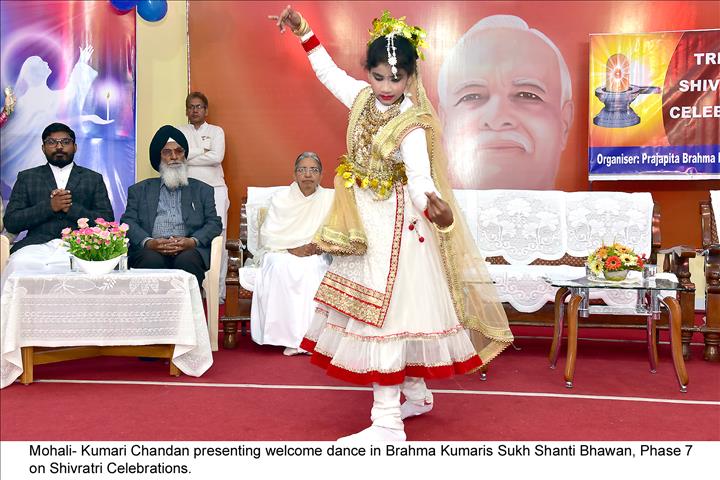 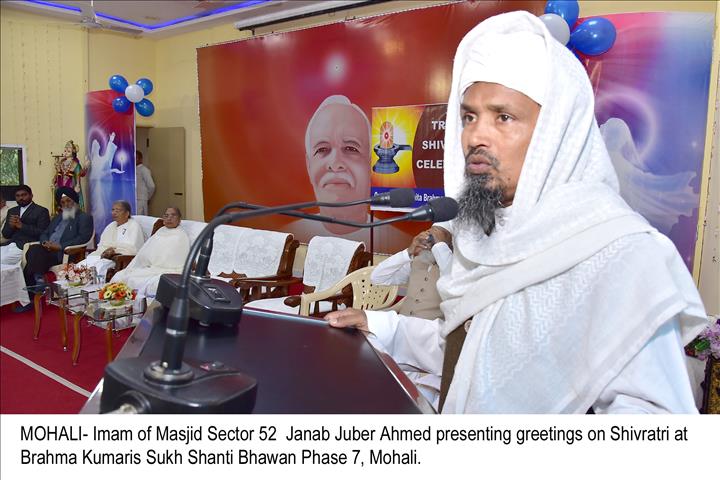 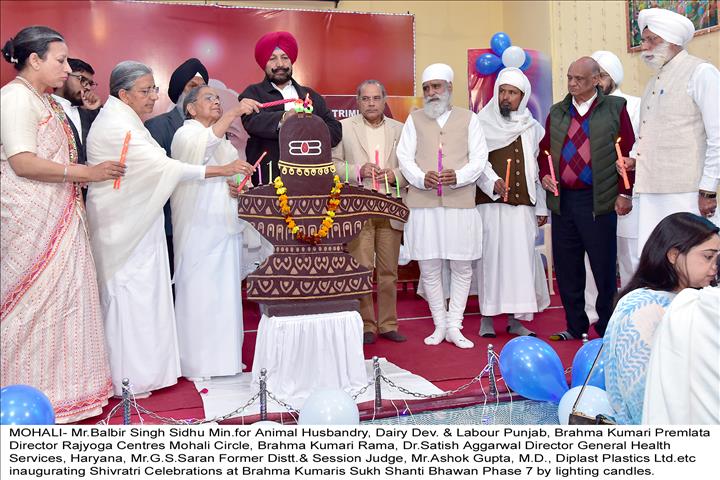 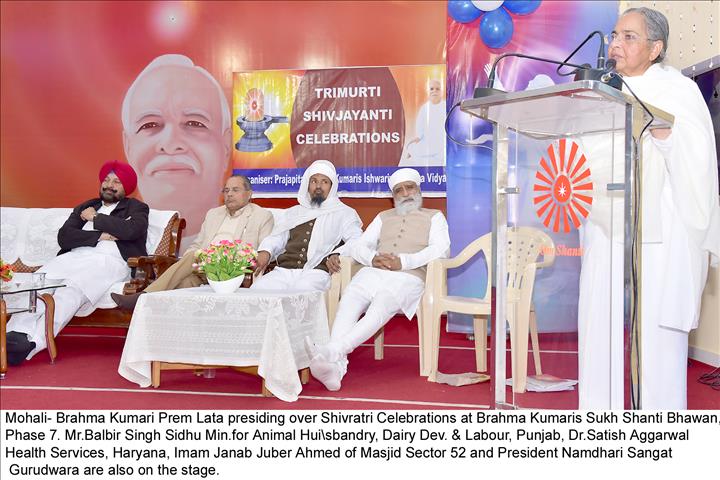 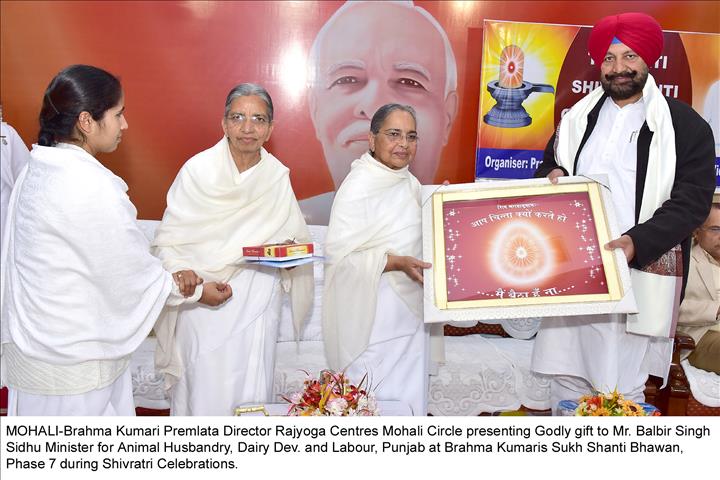 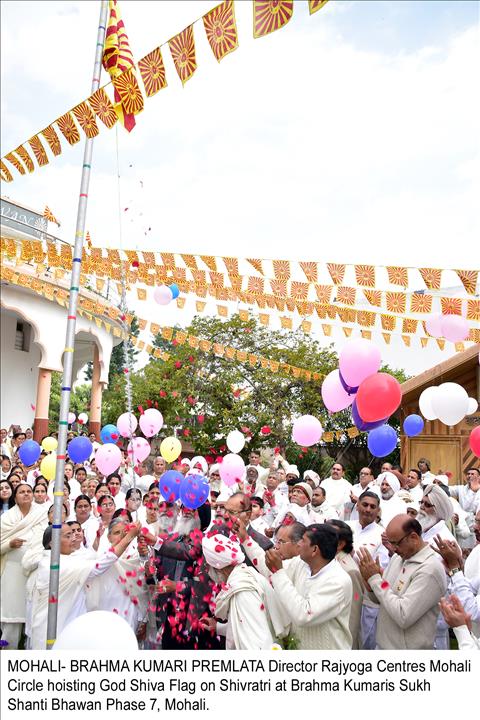