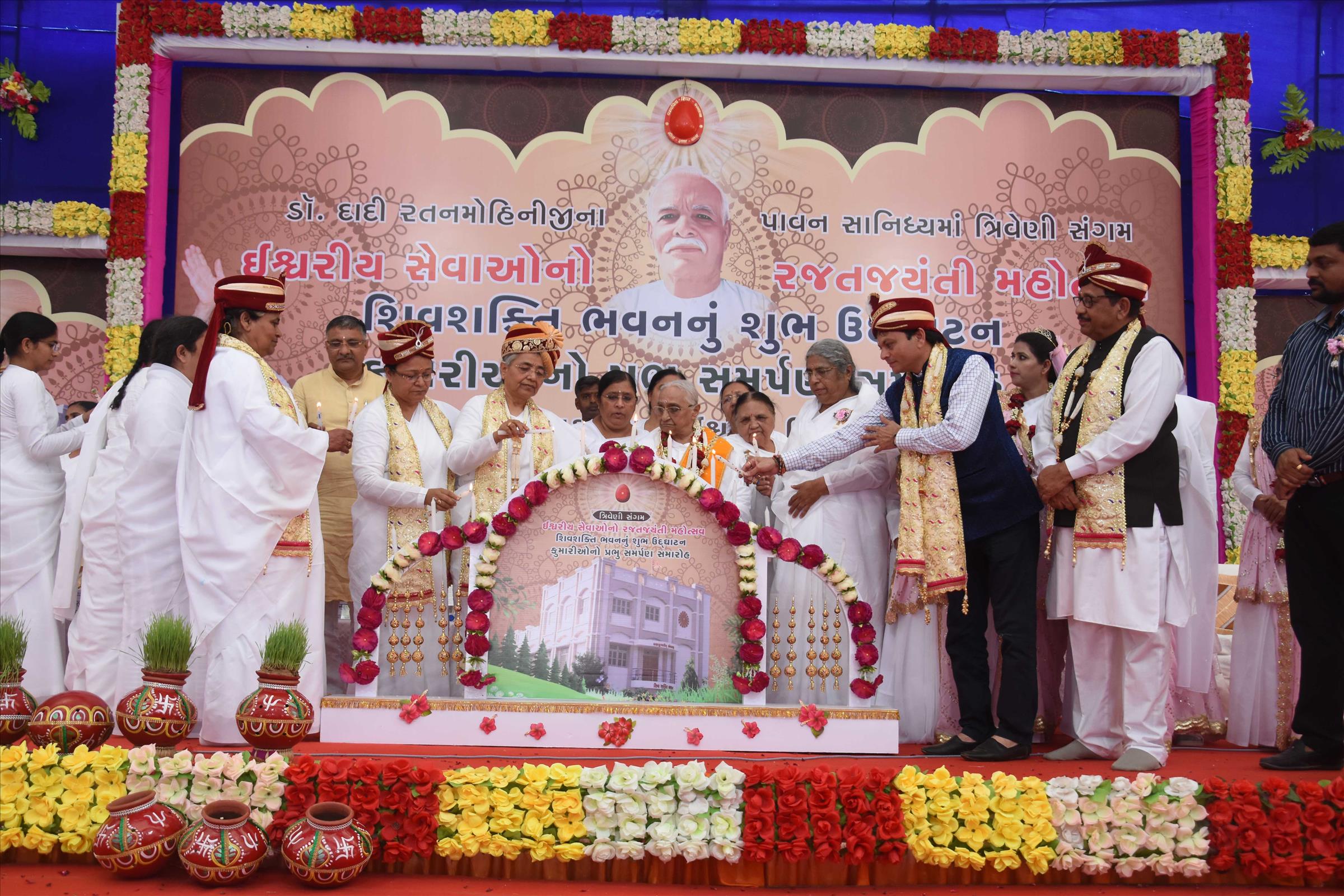 Bechraji ( Gujarat ): In Bechraji, the Brahma Kumaris of Mehsana organized a confluence of three events at one time, as a Triveni Sangam:  1) the Inauguration of their newly built Centre “Shiva Shakti Bhawan” in Bechraji in Mehsana, by Revered Rajyogini Dadi Ratan Mohini, Joint Chief of the Brahma Kumaris,  2) the Silver Jubilee of the Bechraji Centre and 3) a Lifetime Surrender Function by five virgin girls as Brahma Kumaris to serve God in His Divine Mission.

Bechraji, located 35 kilometers from Mehsana, is a famous pilgrimage, a Shakti Peeth [“seat of Shakti,” or a sacred place] of Bahuchar Mata.

Dadi Ratan Mohini inaugurated the new Center “Shiva Shakti Bhawan” by cutting the ribbon and lighting the lamps. She was taken around the whole building along with all the Guests. On the same day, five virgin Sisters in bridal make-up, who wanted to dedicate their lives to the Godly Mission, were taken around the city in a great procession with a band and music, followed by an enthusiastic crowd, who reached the venue of the ceremony.

The function commenced with a Welcome Dance by young girls. BK Satish and BK Nitin from Mount Abu rendered melodious songs and entertained the audience.

BK Trupti shared the Spiritual Message of God. BK Sarla welcomed Dadi Ratan Mohini, elite Guests, and the entire audience with great fervor. BK Asha enlightened people with the importance of Spirituality as per the occasion.

Dadi Ratan Mohini greeted those five Sisters for their Dedication with her hearty love and affection, and blessed everyone present on the occasion.

Guests on the dais were honoured with a tilak, a crown, and garlands, followed by a cake cutting with Dadi Ratan Mohini. BK Godavari presided over the entire function. 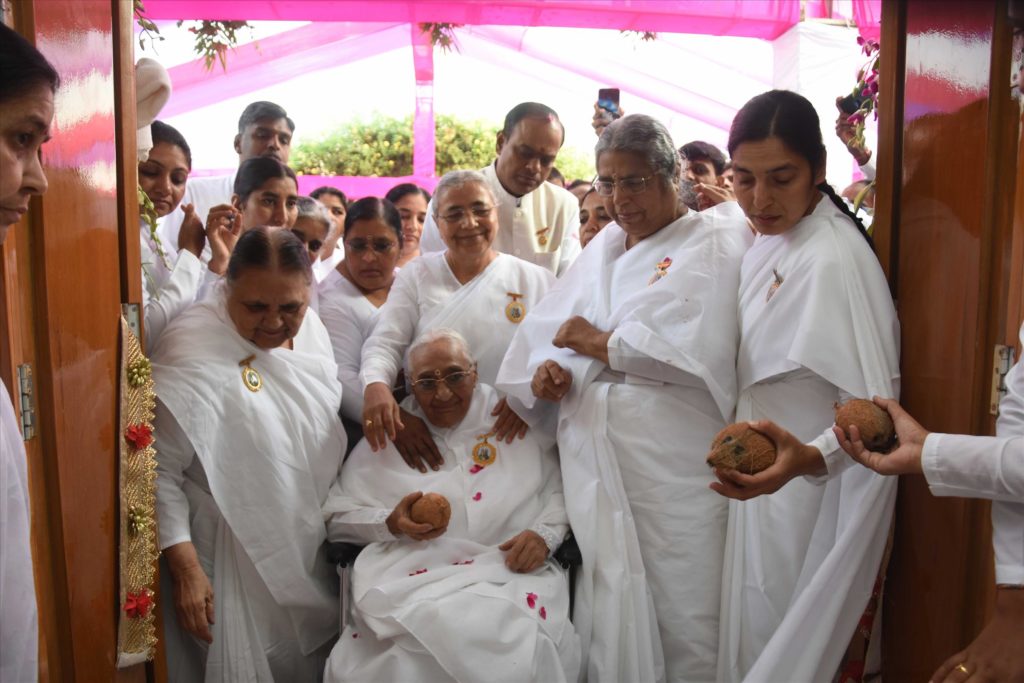 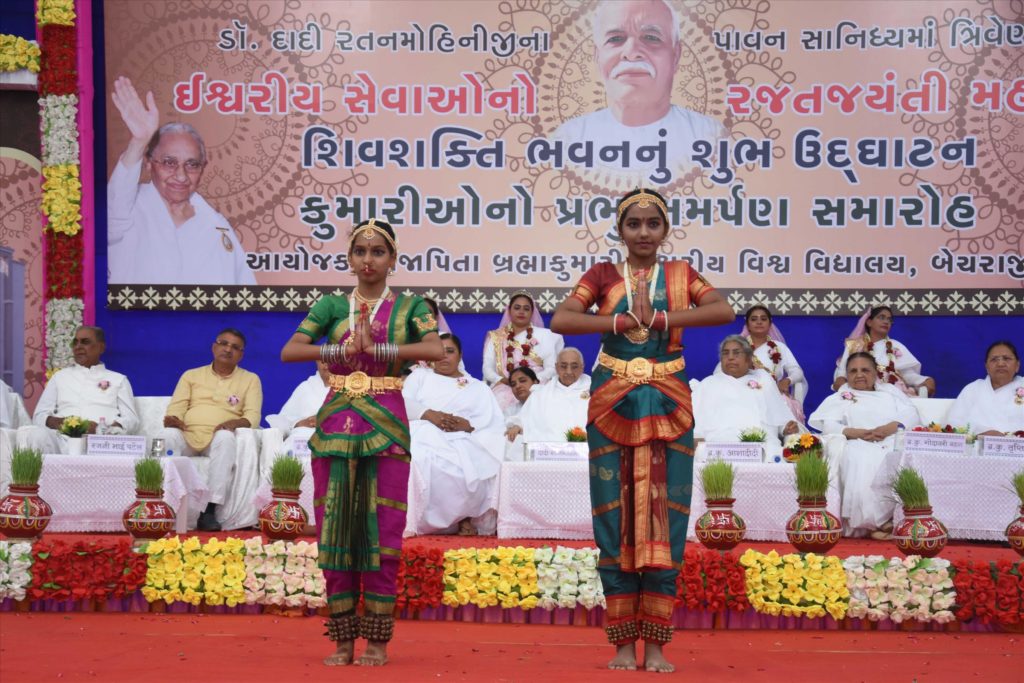 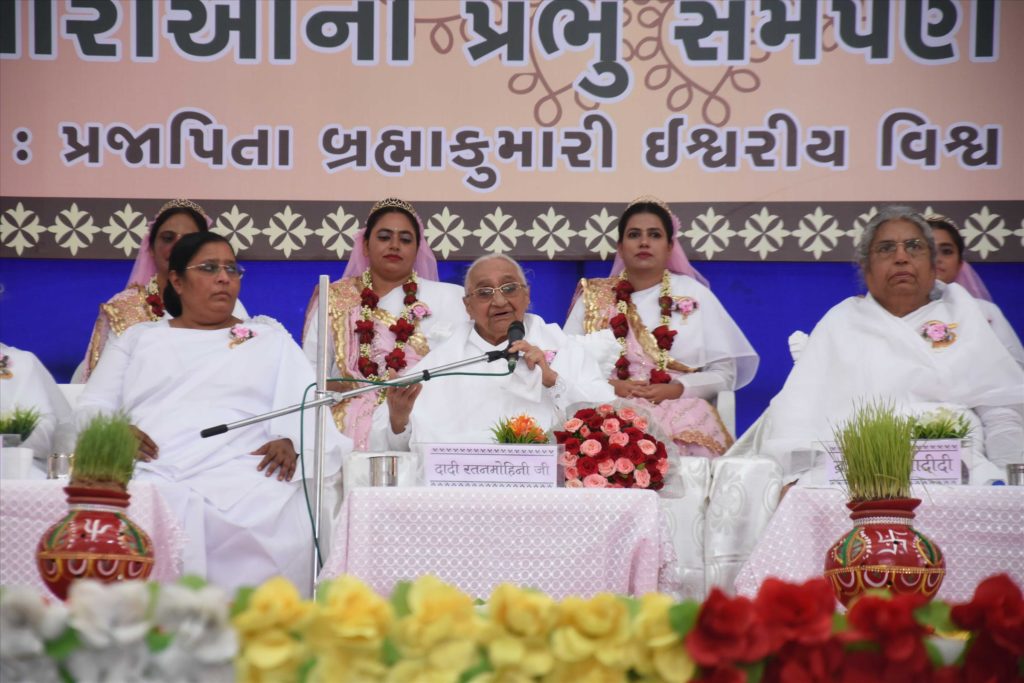 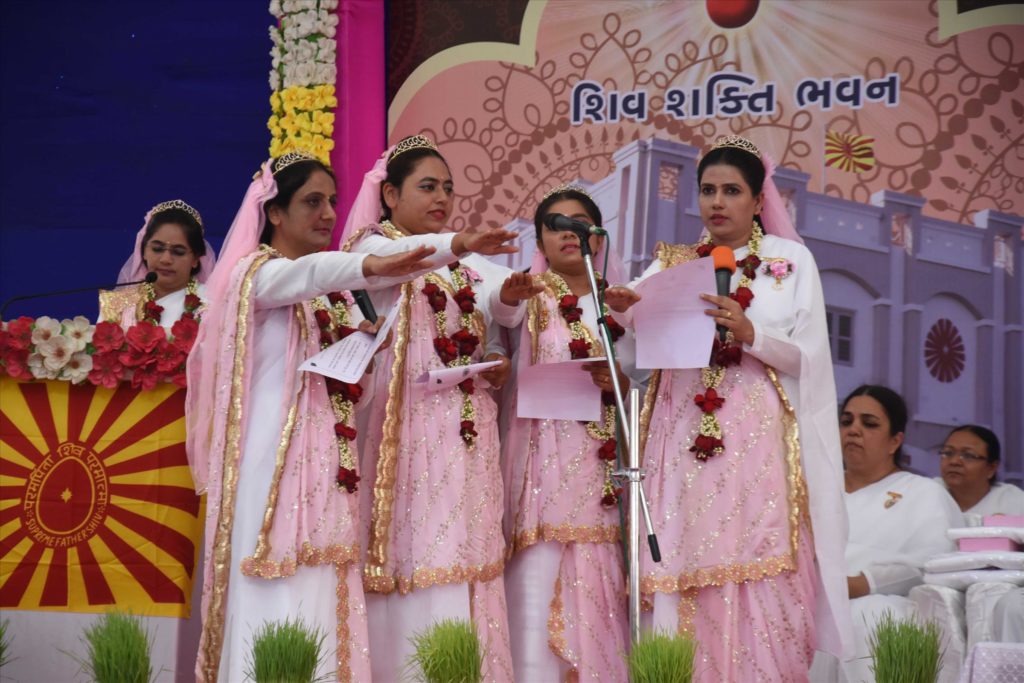 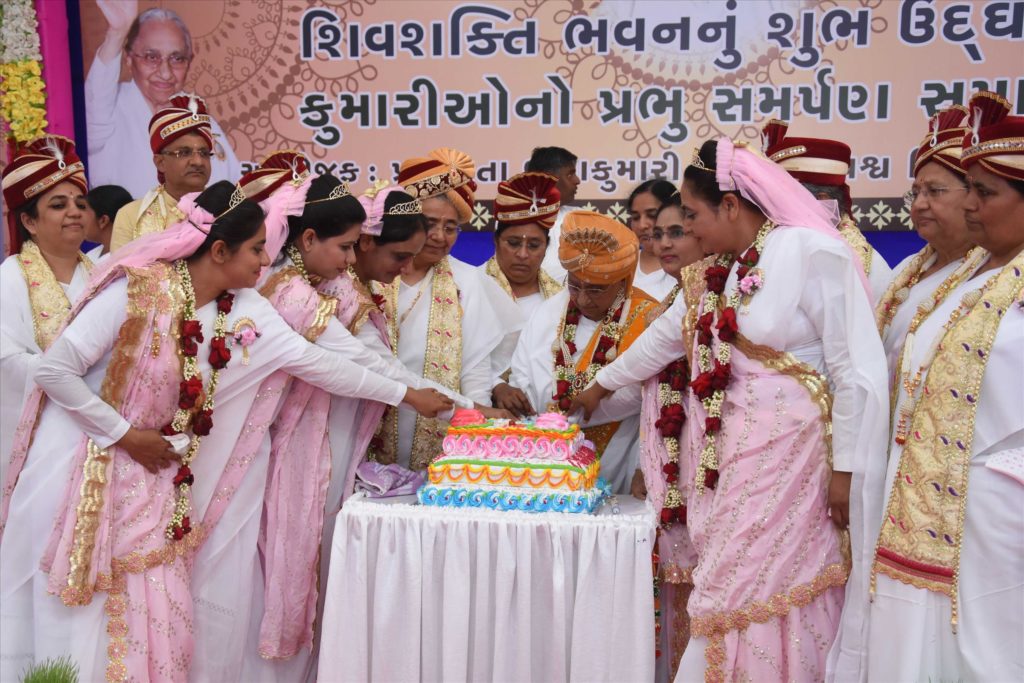 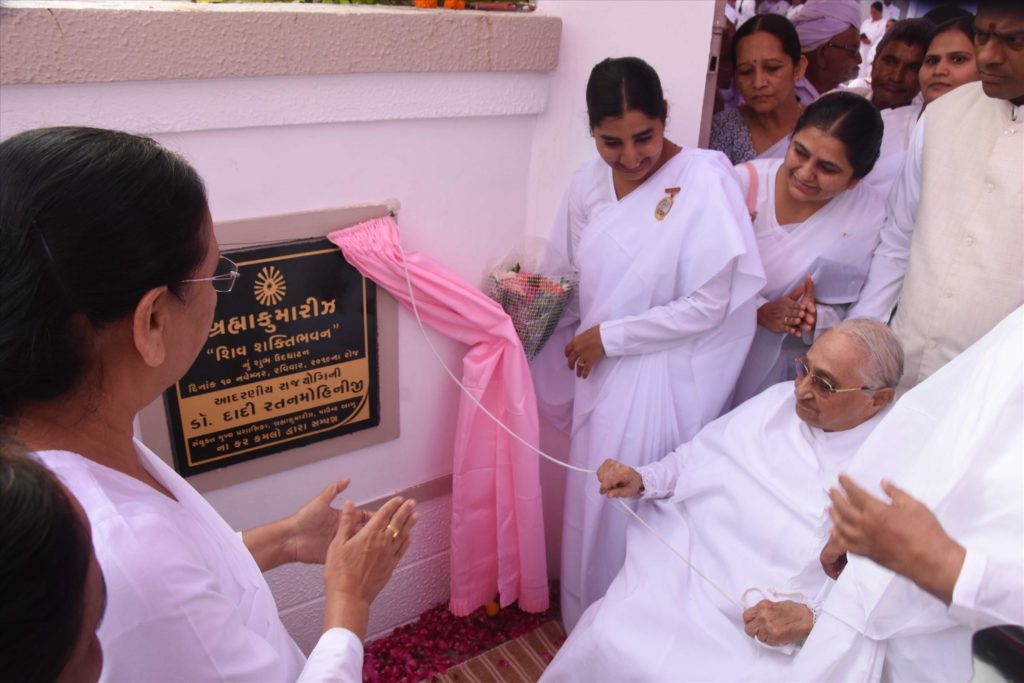 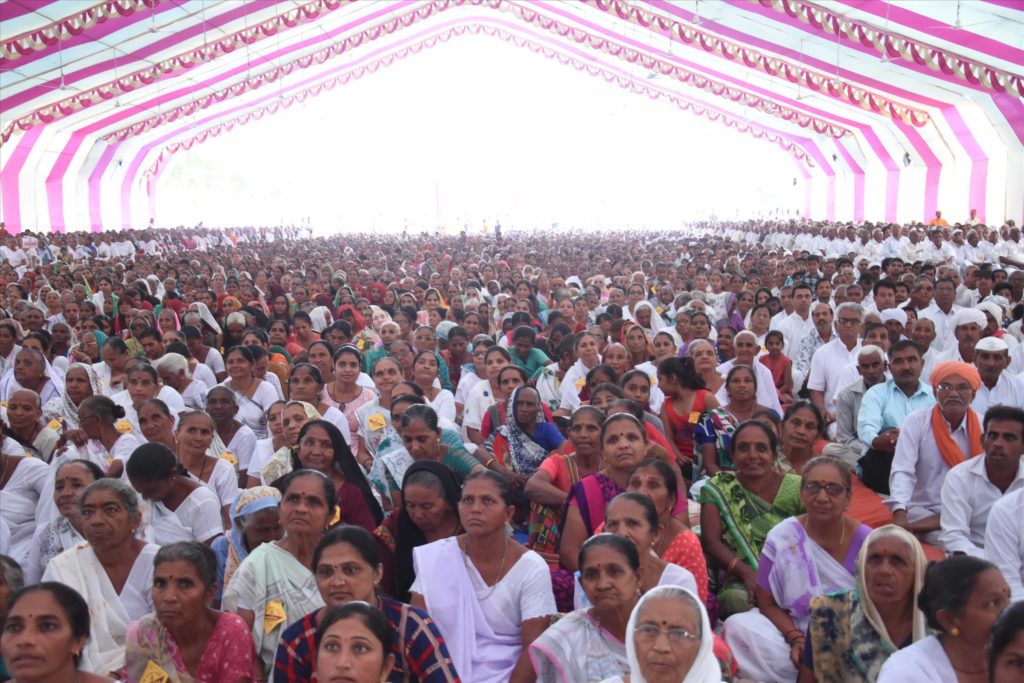 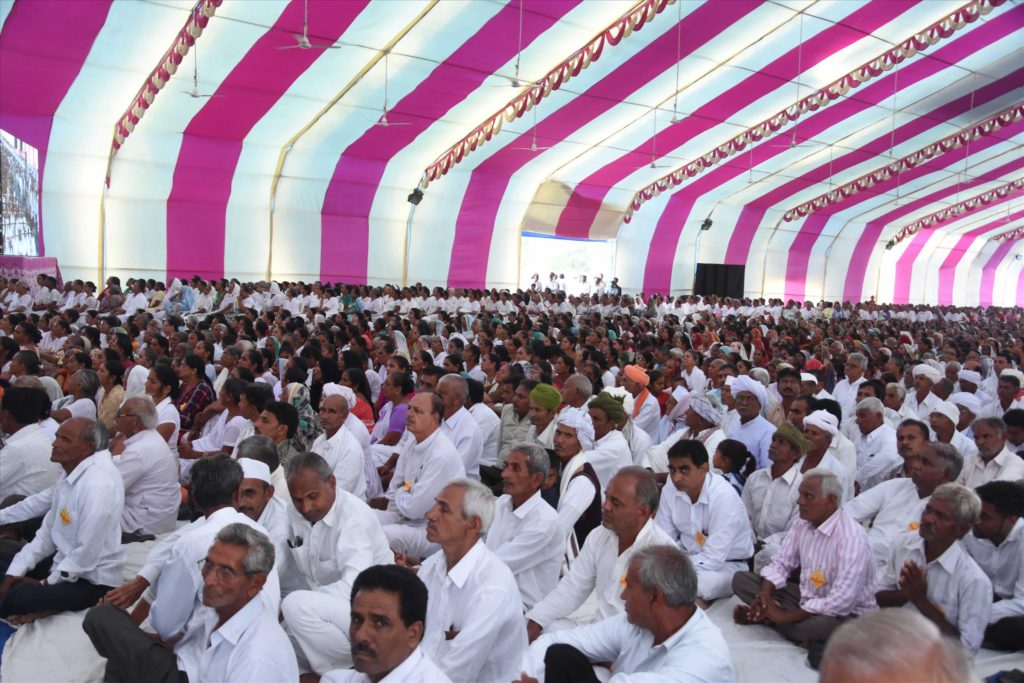