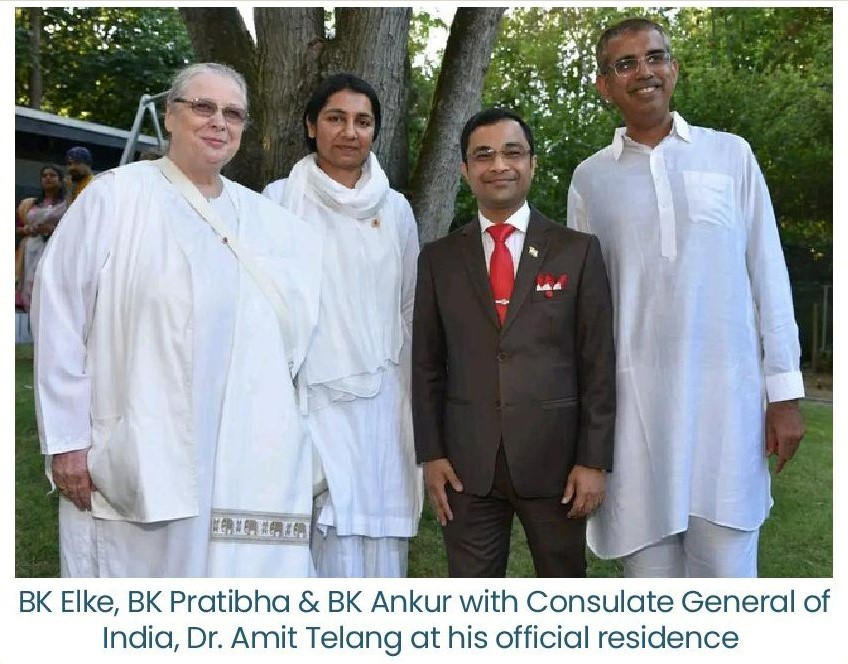 Frankfurt ( Germany ): The Consulate General of India (CGI), Frankfurt invited Brahma Kumaris Frankfurt for flag hoisting at the CGI Office and for an official celebration of Independence Day, at the residence of the Consul General of India, with very high-level guests including Mayors of a few cities around Frankfurt, the Consul General of the countries Indonesia, Nigeria, Cambodia, and the Dominican Republic. Representatives of various Indian associations and people of different nationalities from varied parts of society participated.

The BK Delegation from Frankfurt met with many officials and shared the introduction of the Brahma Kumaris, its global presence, core practice of meditation, and initiatives in areas of Renewable Energies, Yogic Agriculture, Youth, etc. The practical knowledge made the guests inquisitive and they expressed interest to understand the knowledge further.

The Godly message was given to : 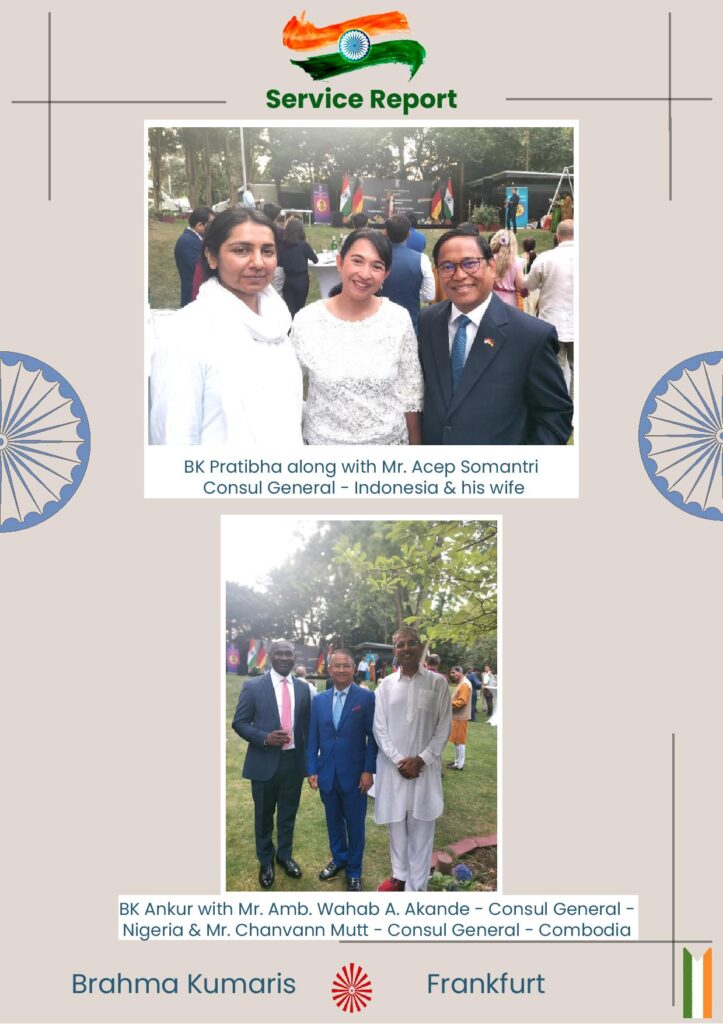 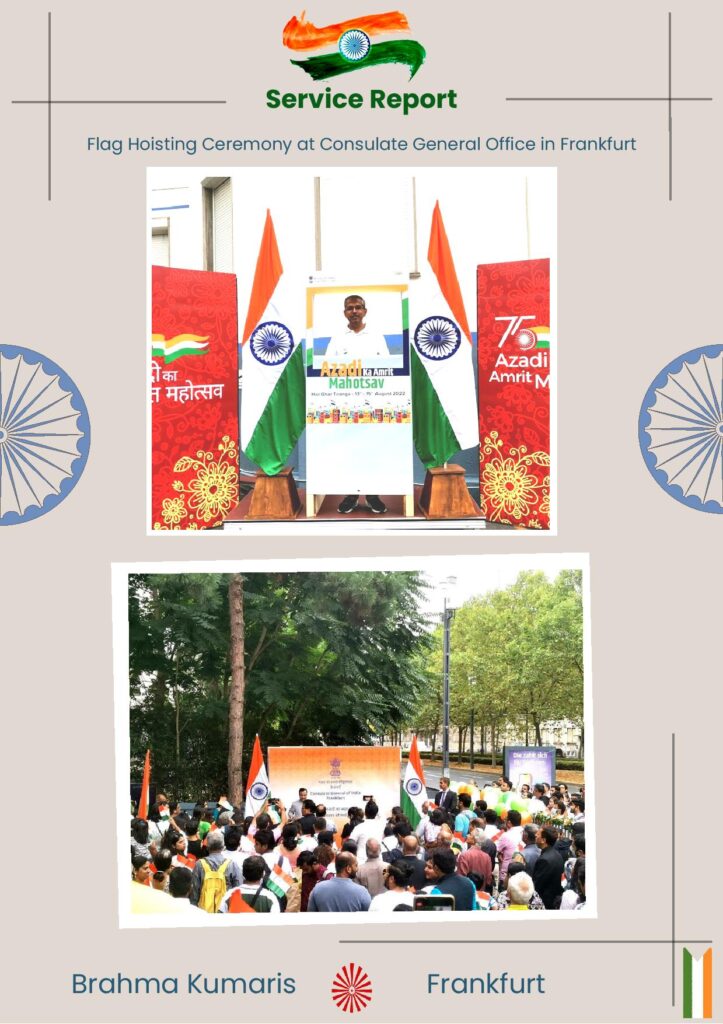 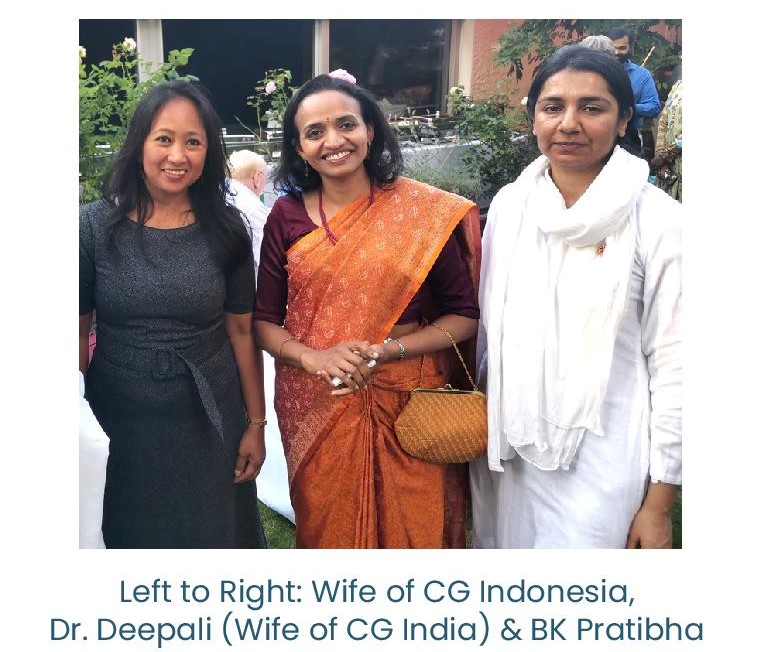