Brahma Kumaris Meet The Governor General of Antigua and Barbuda 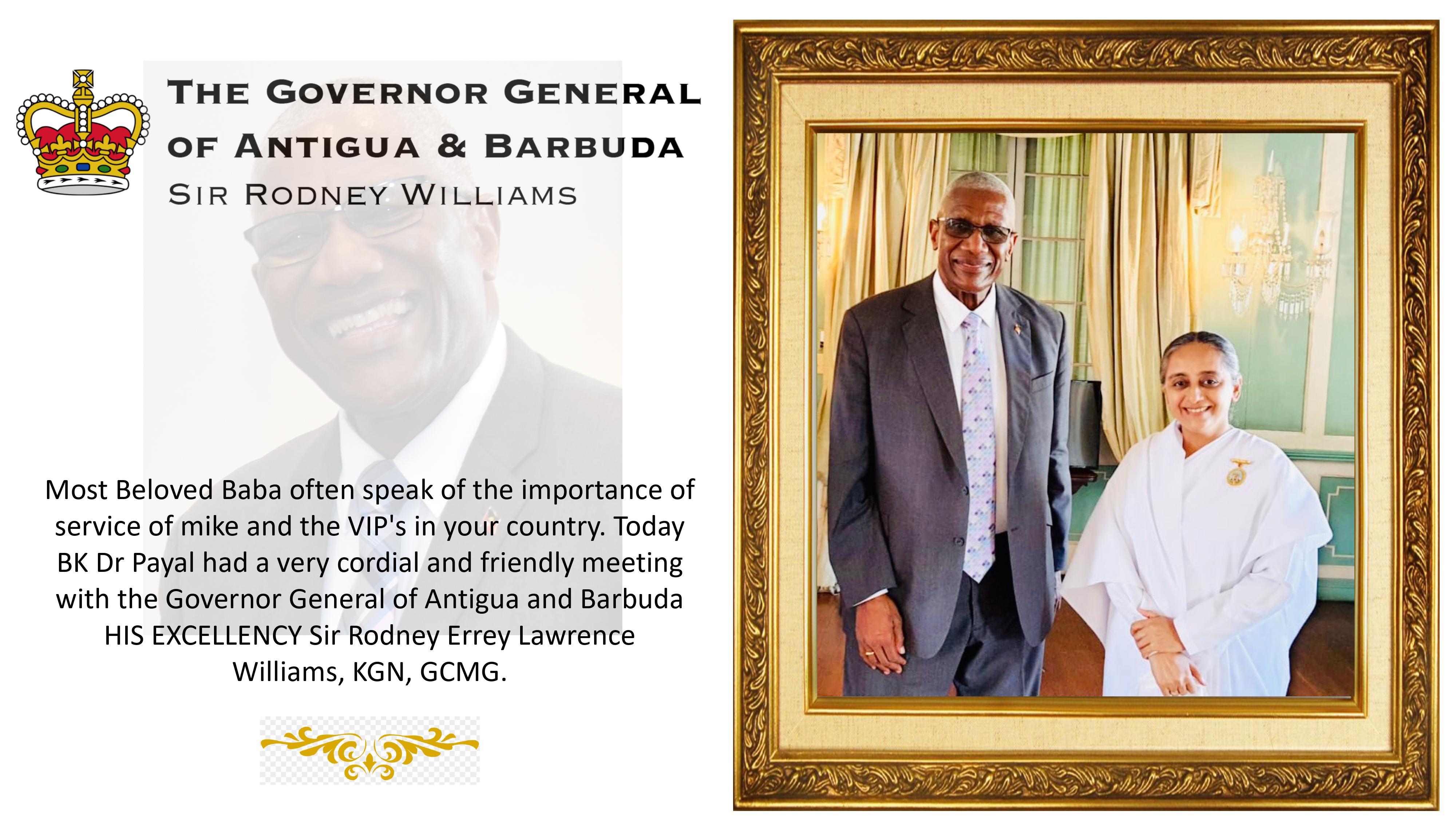 Antigua and Barbuda, Caribbean ( North America ) : BK Dr Payal was invited as special guests by His Excellency The High Commissioner of India in Antigua and Barbuda Dr K.J. Srinivasa and Mrs Ashwini G.S to a Cocktail reception held at the Hotel Royalton – Ball Room  in honor of Team India Under 19.

Dr Payal met with this Indian young brigade who has really performed very well in the U-19 World Cup being unbeaten in the tournament. She was also invited to witness the final match of this historic world cup earlier in the day held at the Sir Vivian Richards Cricket Stadium where the young Team India was victorious against the England team. 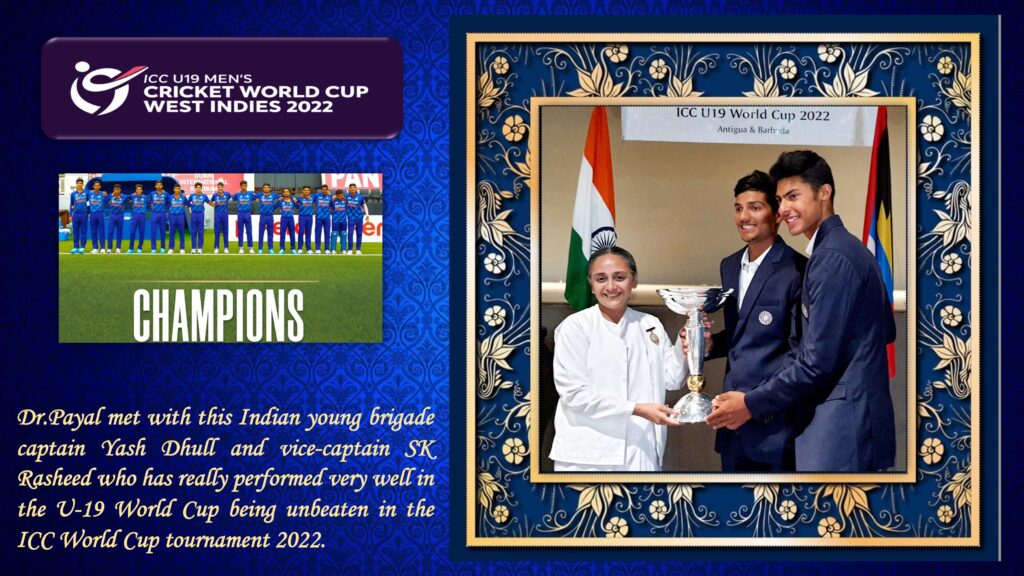 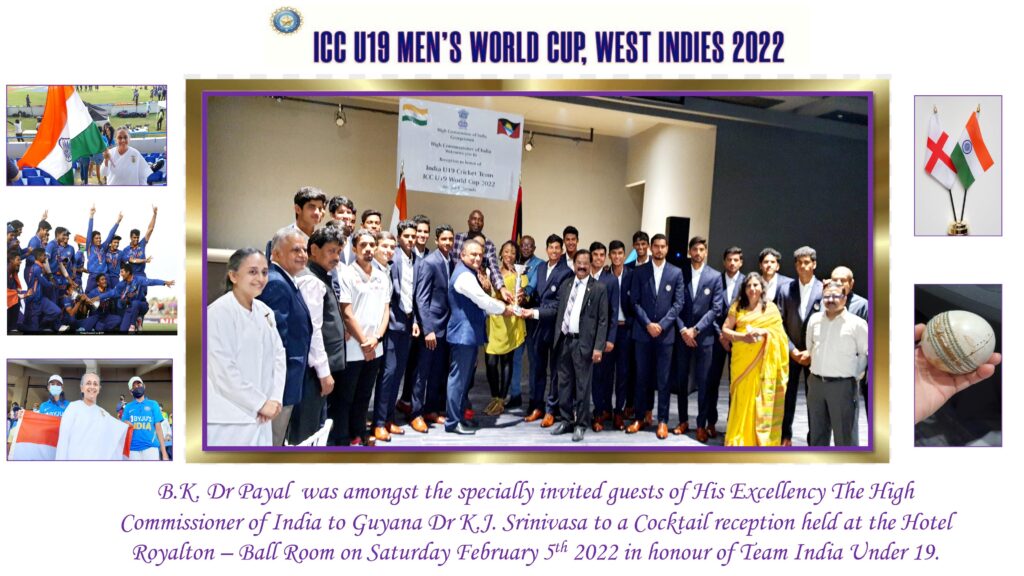