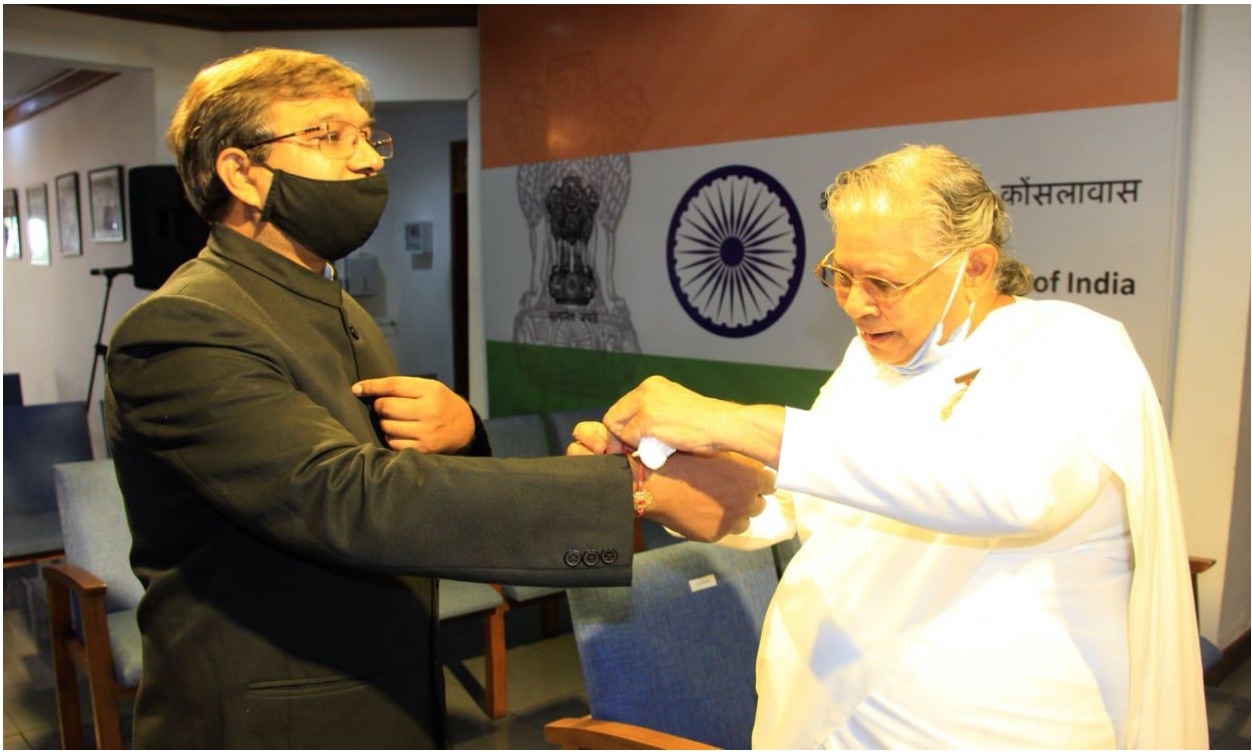 Bali ( Indonesia ): About 25 VIPs gathered at the Consulate of India, Denpasar, Bali, on the morning of 15th August to witness the unfurling ceremony of the Indian flag and then listen to the Address to the Nation by the Honorable President of India “Shri Ram Nath Kovind” on the eve of India’s 74th Independence  Day.

There was also a short dance performance followed by a vegetarian breakfast. BK Sister Janaki, Coordinator of Brahma Kumaris in Indonesia, also participated in this very auspicious celebration and met Mr. Prakash Chand, Consul General of India in Bali, and many other dignitaries. 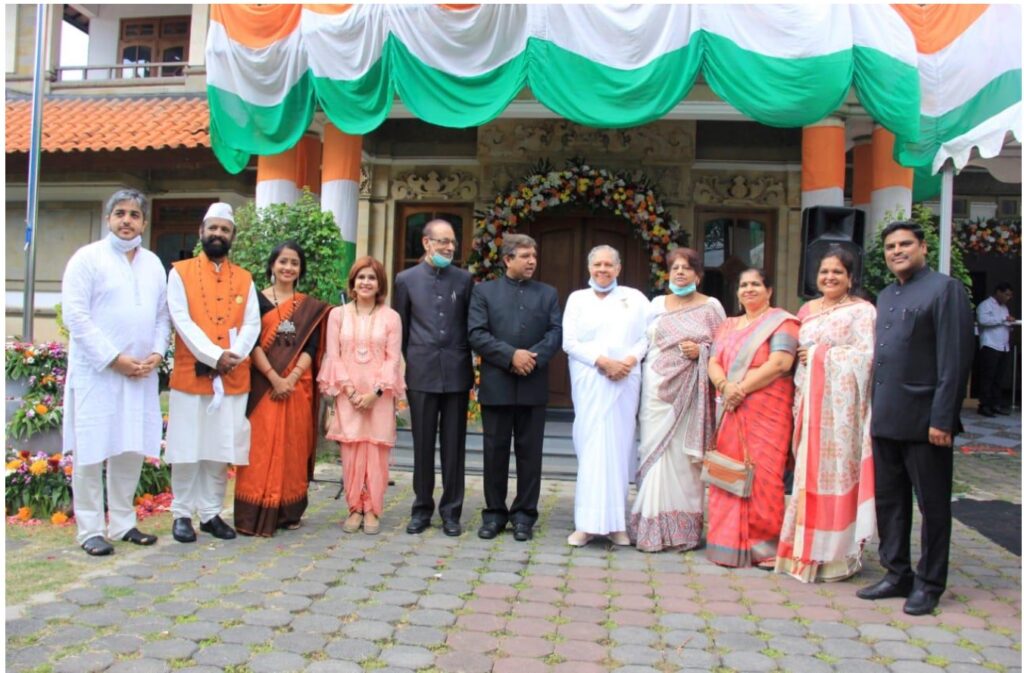 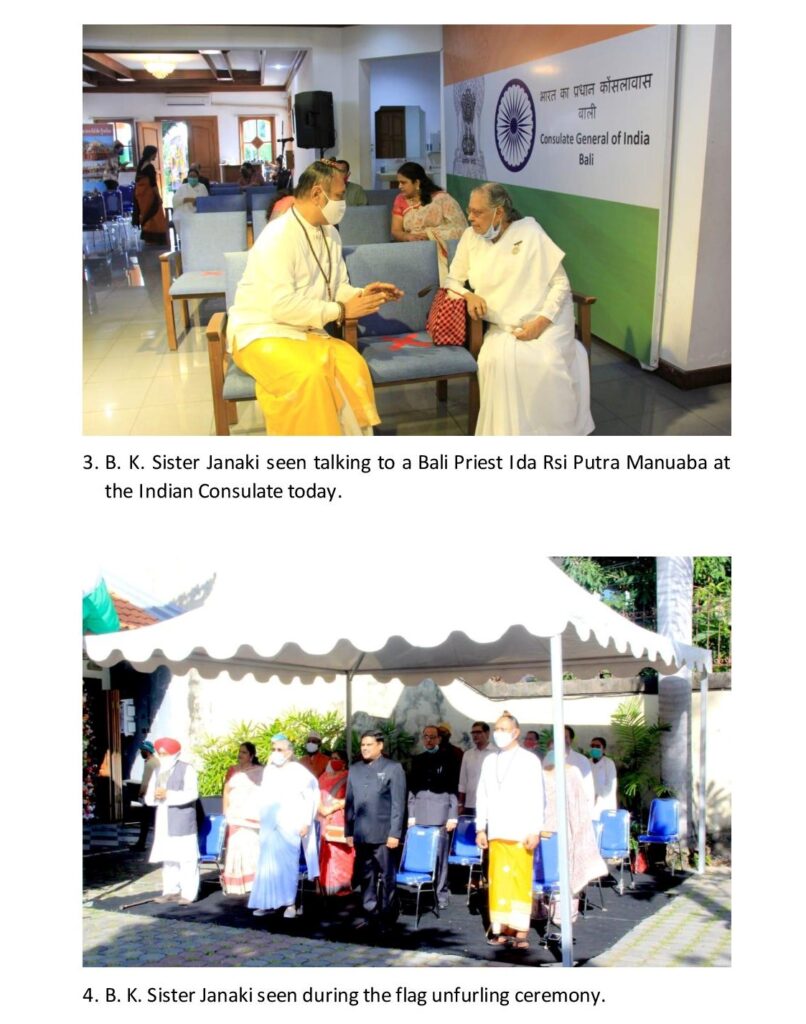 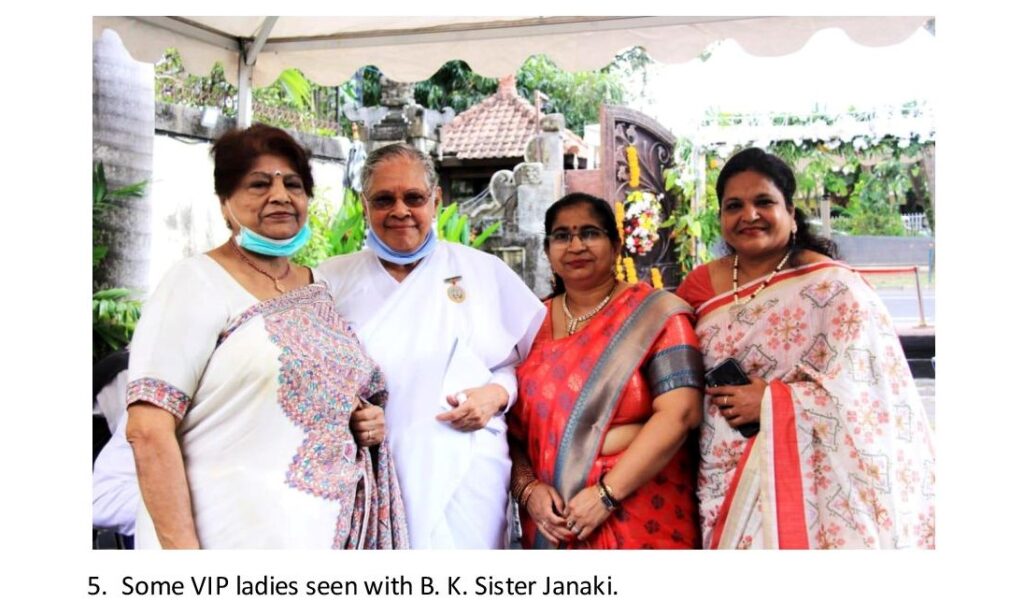