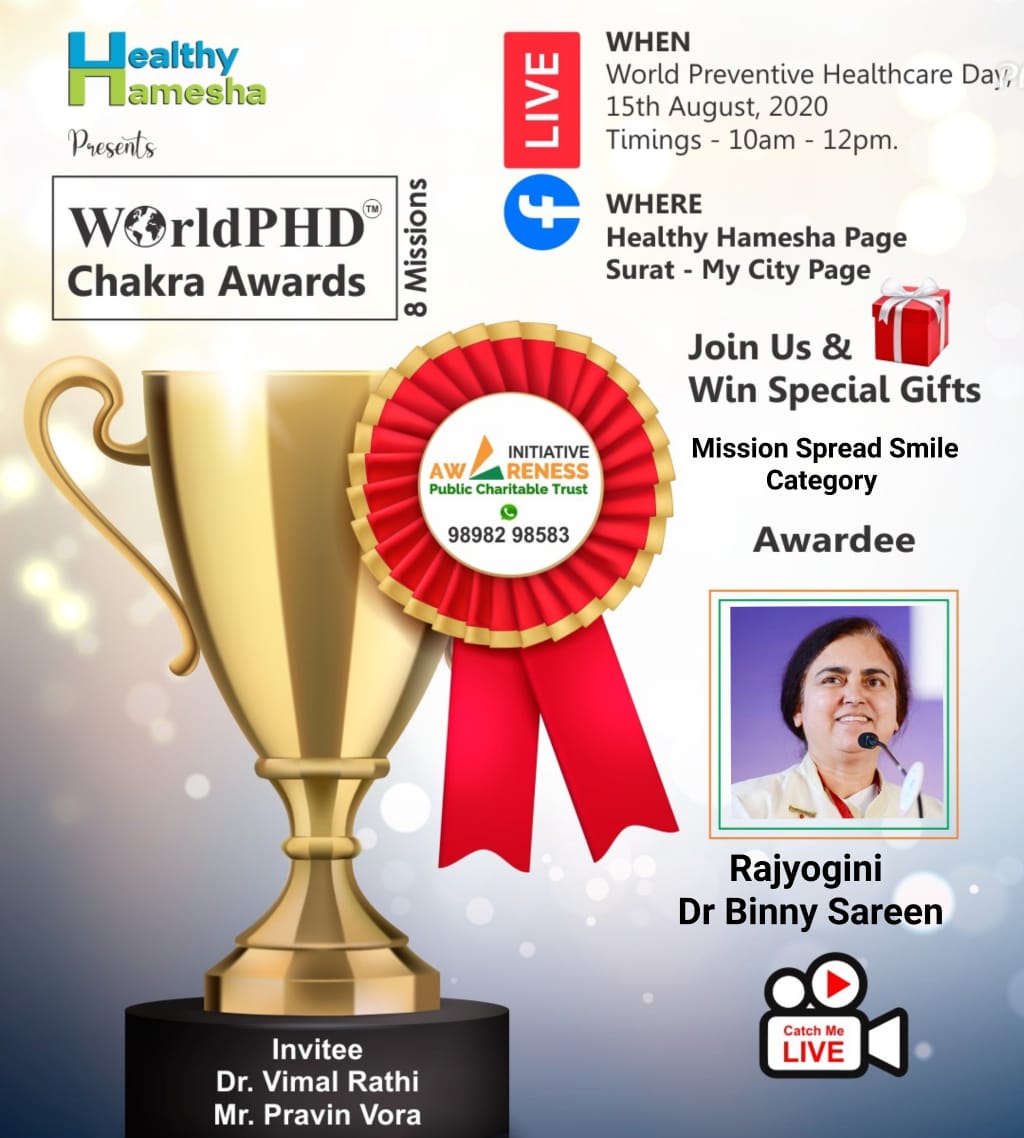 Mount Abu ( Rajasthan ): BK Dr. Binny Sareen was awarded Online with the World PHD Chakra Award.  The Award is for Mission Spread Smile; she received it along with nine others from India in a function held in Surat, Gujarat, on Independence Day. These awards were organized by World Prevention Healthcare, World PHD Mission.

The Brahma Kumaris were also honored for the valuable contribution of women in the ‘Atma Nirbhar Bharat’ ( Self Reliant India ) campaign.  BK Dr. Binny Sareen, Head of Global Peace and Wellbeing, Mount Abu, was felicitated with a Certificate of Achievement given by World Record London in support with other Prestigious organizations.

BK Dr. Binny Sareen has been tirelessly conducting Meditation and Motivational classes for members of the Defence forces and their families in India. She has devoted her life to spread peace, happiness and reduce tension and stress amongst them. She was felicitated for the same. 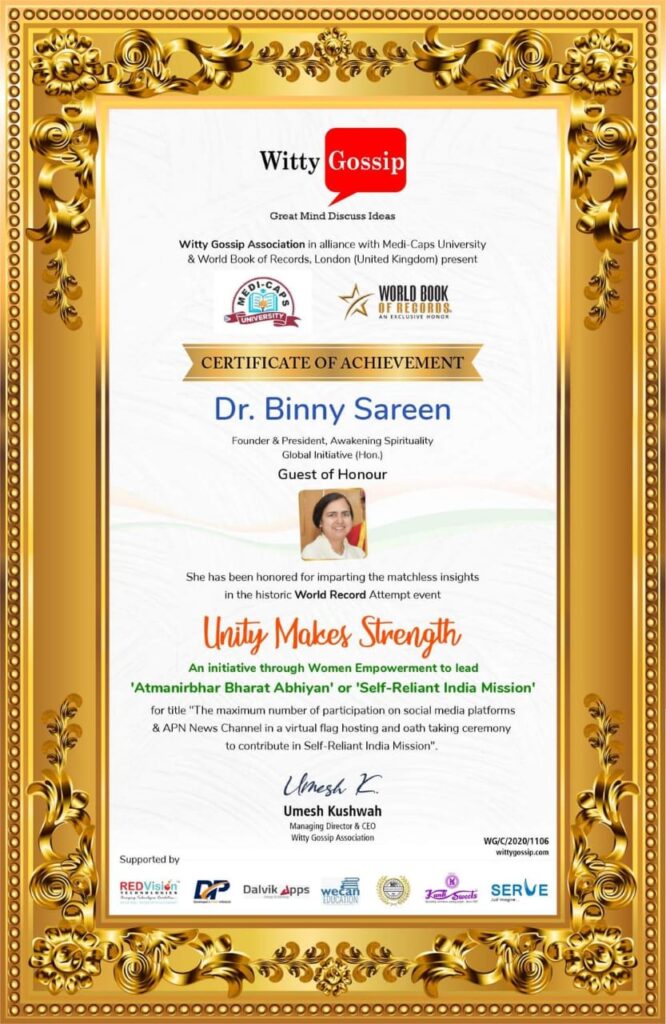 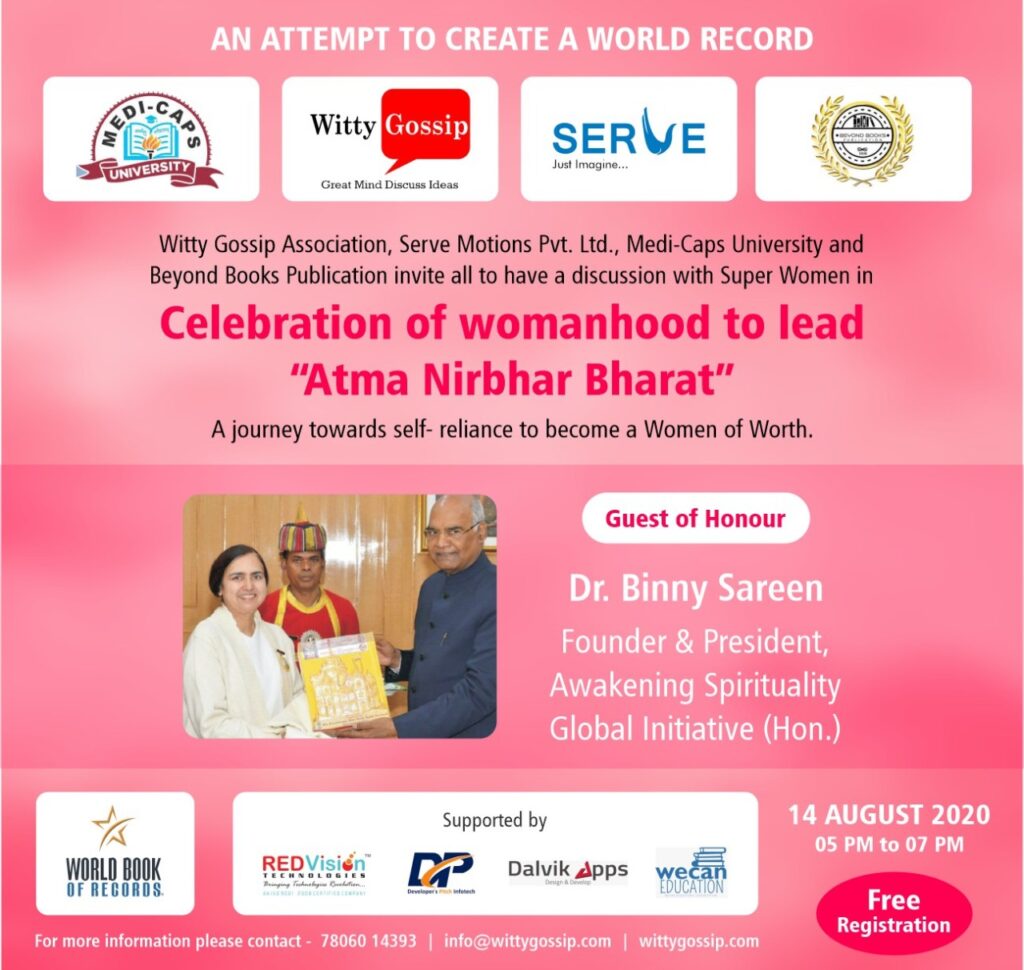 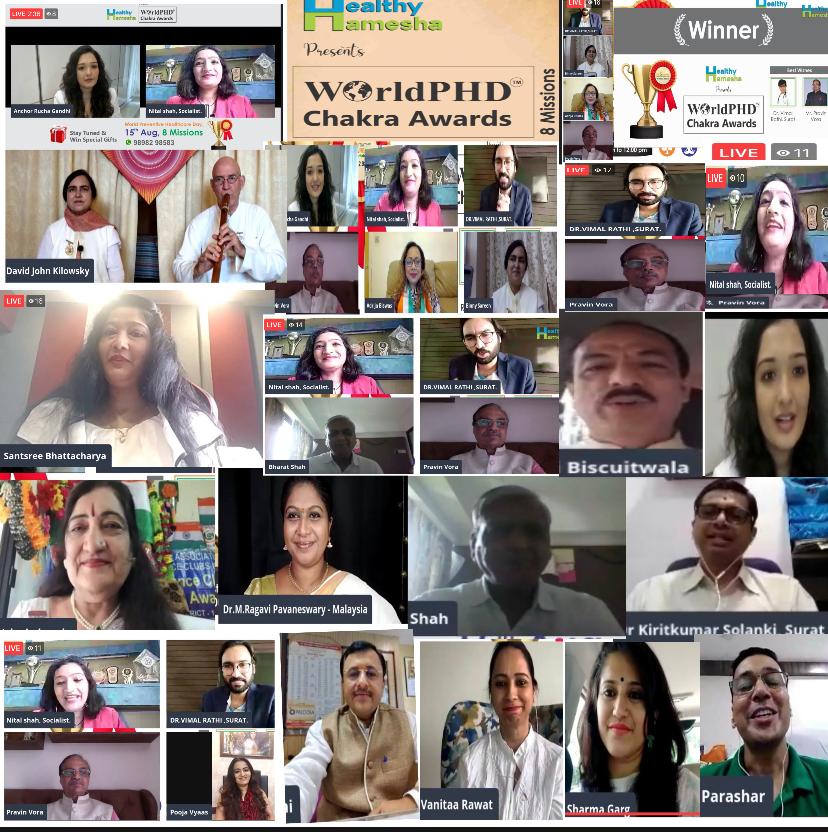