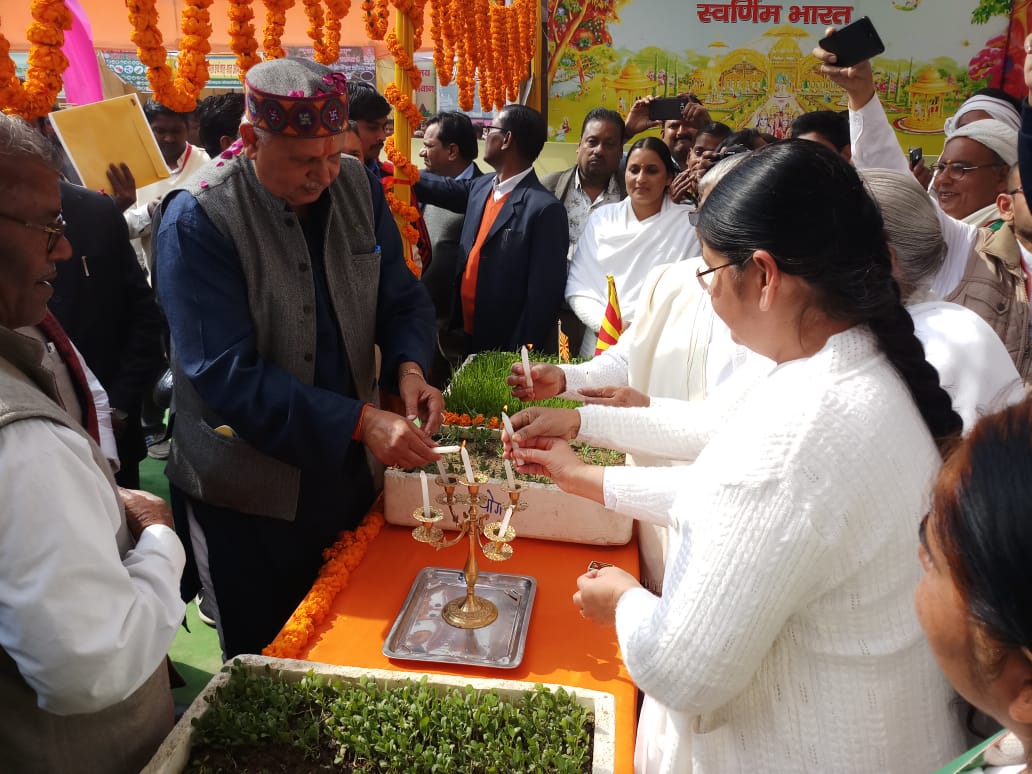 Prayagraj (Uttar Pradesh): Uttar Pradesh Agriculture Minister Surya Pratap Shahi has inaugurated a stall Yogic Farming – The Basis for Golden Age sponsored by the Brahma Kumaris at the Kumbh fair in the presence of BK Geeta from Bhinmal, Rajasthan, and other agricultural officers from the state.

BK Sarla, Chairperson of the Agriculture and Rural Wing from Mount Abu, addressed the inaugural ceremony of the fair attended by a large congregation of farmers.

Deliberating on the implications of ‘Organic Yogic Farming’, she underscored the importance of associating yoga and positive thoughts with farming.

The ‘Yogic Farming’ stall by the Brahma Kumaris offered crucial information on the relationship of spirituality with farming and how good thoughts and meditation affect every aspect of a farmer’s life. A video presentation detailing the concept, methodology and achievements of this unique farming followed.

Thousands of people representing all walks of life who visited the stall appreciated the expo. 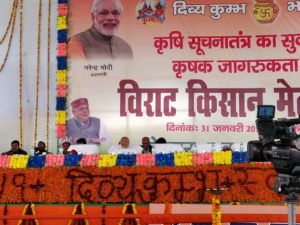 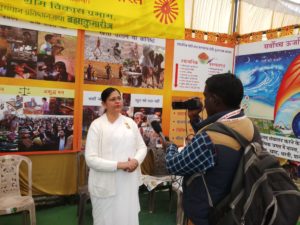 BK Geeta being interviewed by media 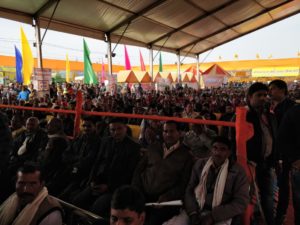 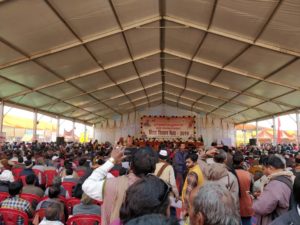 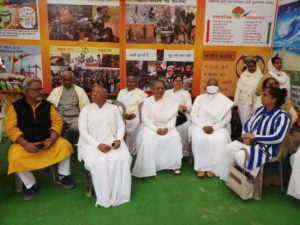