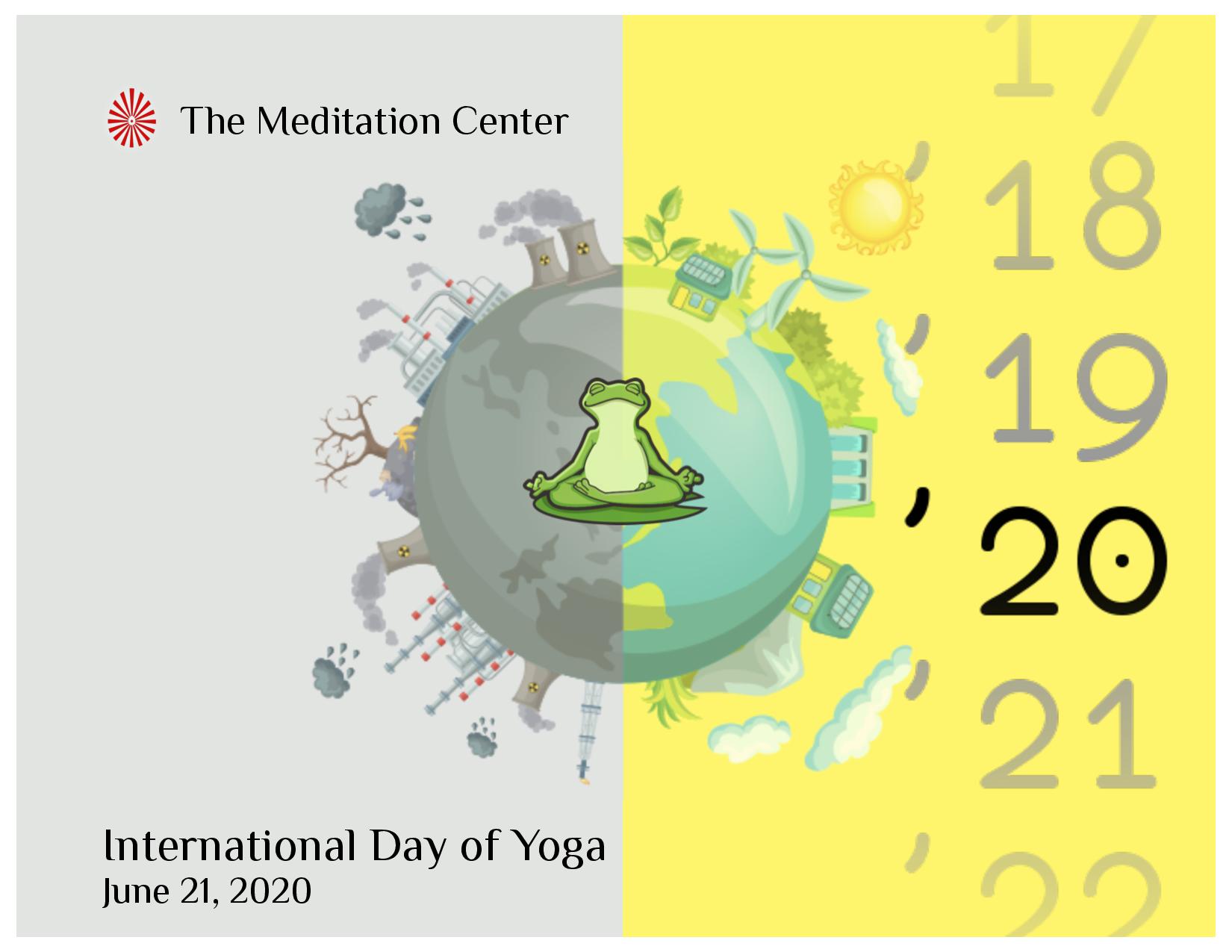 Cinnaminson, New Jersey ( USA ): The Meditation Center, a chapter of the Brahma Kumaris in Cinnaminson, New Jersey, celebrated the International Day of Yoga on June 21, 2020, with a conversation between two yogis: the Venerable Bhante Y. Wimala, a spiritual teacher and humanitarian who has been a Buddhist monk for 47 years, and BK Veronica McHugh, Coordinator of the Brahma Kumaris chapters in Florida and a Raja Yoga practitioner and teacher of more than 40 years.

The evening started by commemorating the 75th anniversary of the United Nations.  Neha Bangia of the Edison, New Jersey, chapter of the Brahma Kumaris shared the history of the United Nations, and the vital role it plays, with a short video. The theme of the event was, “Yoga for the Future WE Want“: envisioning humanity’s future and discussing how yoga facilitates the realization of that vision. Several contributors shared their vision of the future in short video clips, from schoolchildren to doctors, scientists, and professors.

Following the video clips, the Venerable Bhanteji and BK Veronica took the virtual stage for the event’s main session, facilitated by Natesh Sudarshan of The Meditation Center.

The Venerable Bhanteji explained how we can create a happy world through individual self-transformation and achieve inner peace through awareness.

BK Veronica shared her vision of a virtuous and divine world, achieved through pure consciousness and an unwavering connection to the Supreme Soul, the Source of divinity. She encouraged everyone to take a leap — to change our thoughts and broaden our perspective — echoing the words of our spiritual Father: “Child, it’s only a game.”

Dolly Lal, Coordinator of The Meditation Center in New Jersey, concluded the session by thanking the yogis and inviting them to participate in future conversations.

The inspiring and uplifting session was followed by World Meditation Hour, a global Brahma Kumaris initiative. From 6:30 pm to 7:30 pm on every third Sunday of the month, the Brahma Kumaris in more than 90 countries collectively serve humanity on a spiritual level with an hour of meditation.

During this special hour, attendees were led in pranayama by Shila Sanghani, a Chicago yoga instructor; Ram Phuyal, a yoga teacher and therapist in Philadelphia; and in guided meditation by Reena Patel, a Raja Yoga practitioner and teacher in Philadelphia.

More than 60 participants joined the celebration, which was hosted on Zoom and streamed live on Facebook: https://www.facebook.com/watch/?v=556320425038431 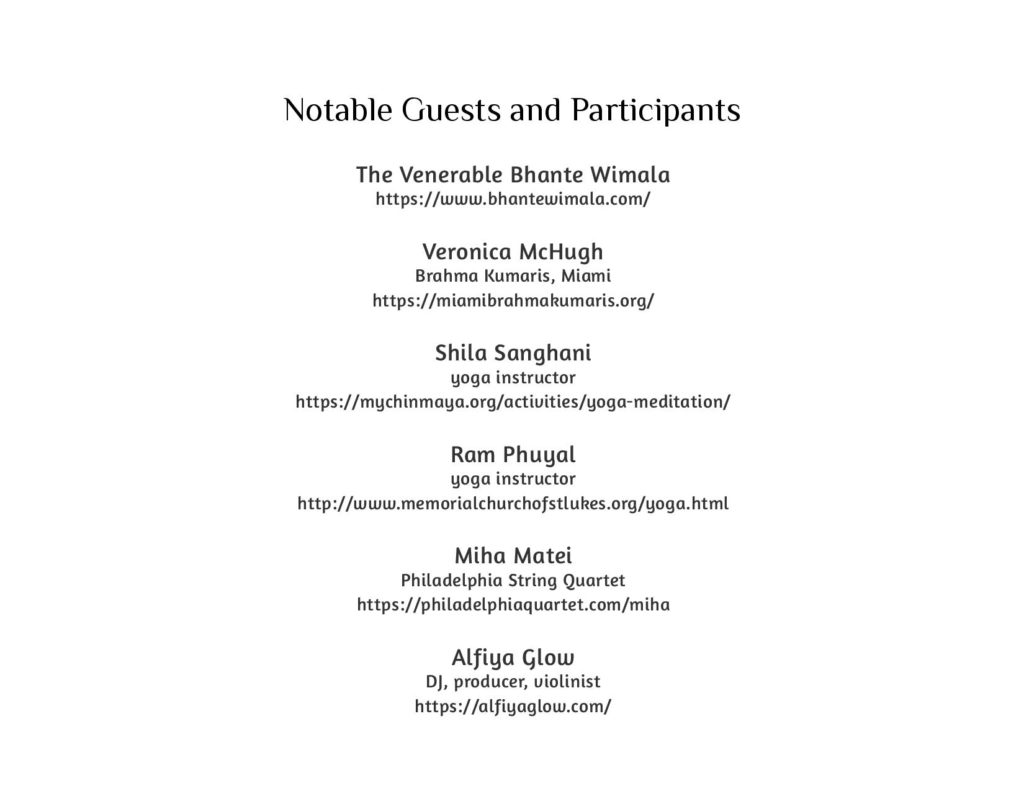 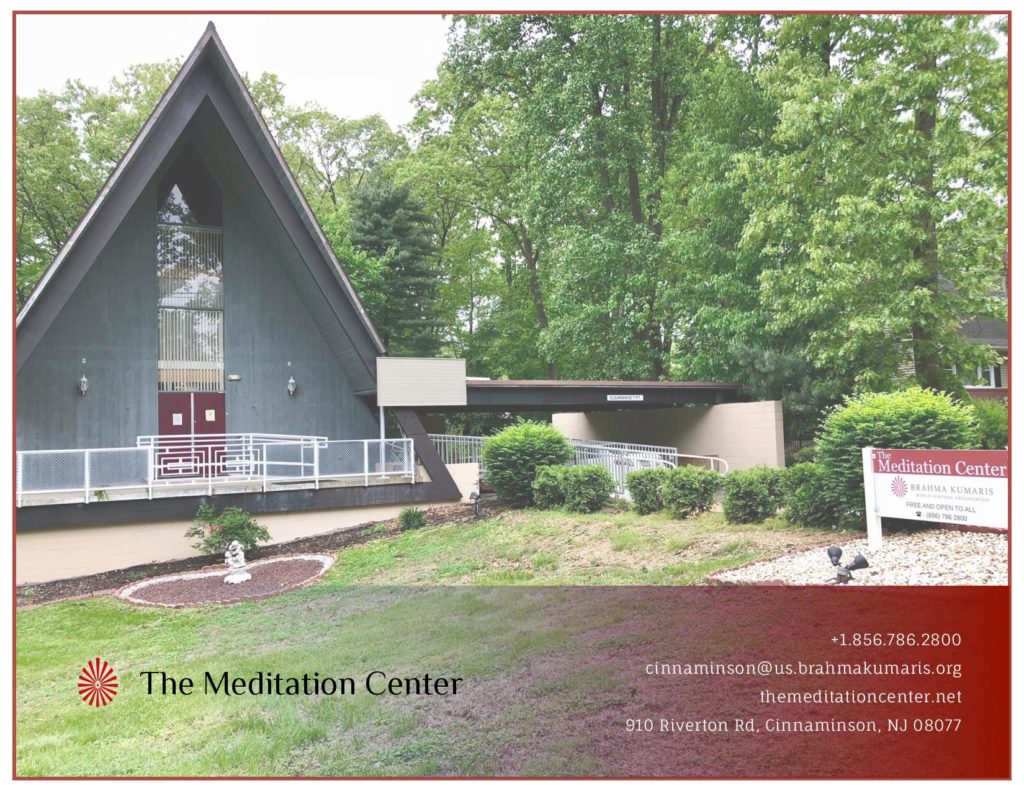