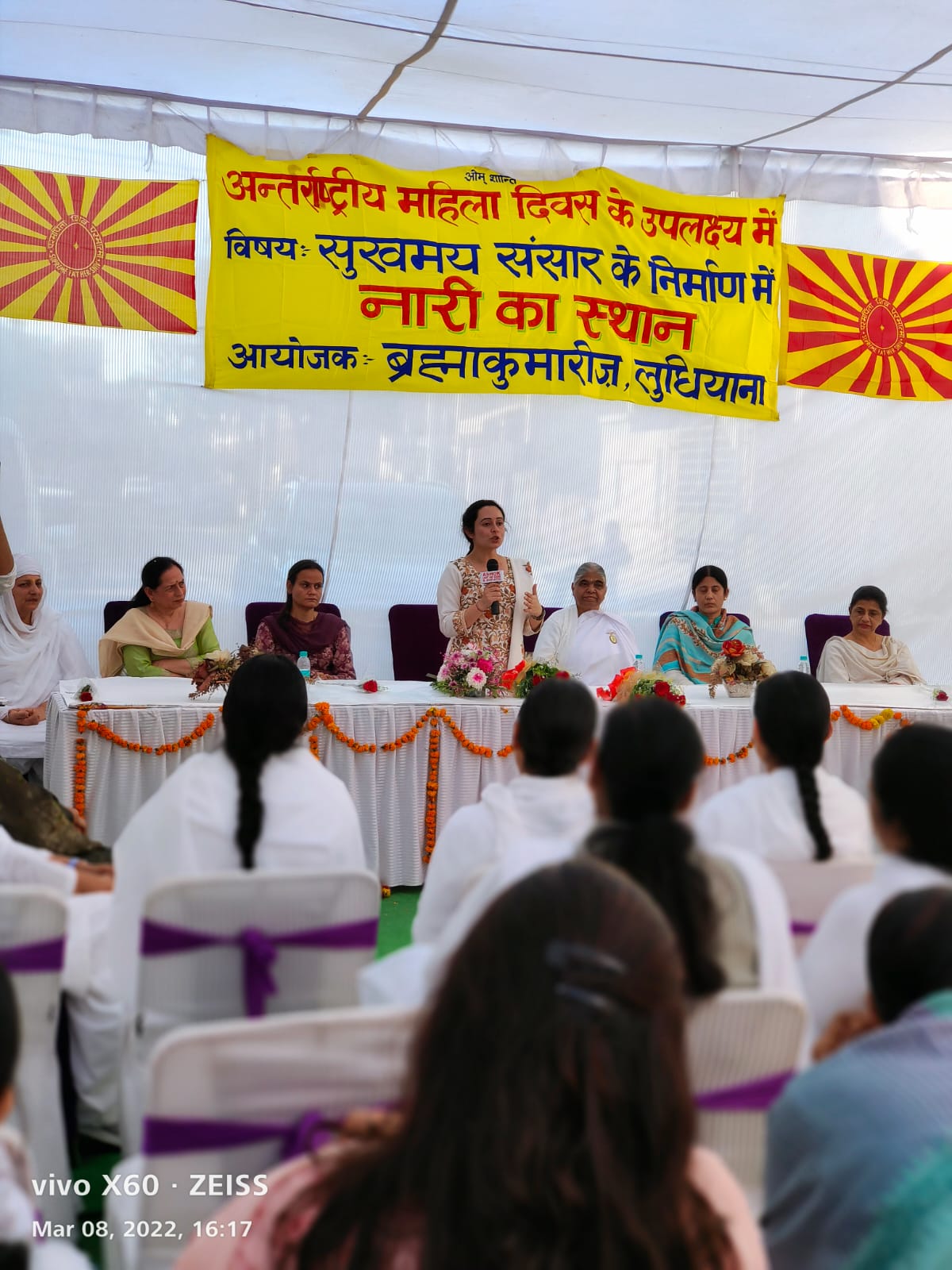 In her views, BK Sister Sarita shared that Brahma Kumaris is the largest women-led organization, which inspired her to join them and spiritually empower herself with the regular practice of meditation.

Thanking Brahma Kumaris, Counsellor Barjinder Kaur said that it is a moment of pride to be a part of this occasion. She shared the value of educating a girl child.

Counsellor Rupinder Kaur addressed the gathering saying that women has immense power to play different roles and morally support their family. She bestowed her good wishes to all women for making this world beautiful.

Punjab Agriculture University Scientist Dr Shivani Sharma said that parents play an important role in making their daughters independent through educating them. This empowers women and thus the whole society. The perspective towards women needs to be changed to bring equality in the society. Women should not be considered less in any way.

Scientist in Punjab Agricultural University, Dr Keshani reflected on the spiritual aspect of International Women’s Day saying, the true identity of all is a soul. It is just we are in the different costumes of men and women, playing different roles in the world. Only by changing our perspective, we can bring change in the society.

Brahma Kumaris Ludhiana Incharge BK Sister Saras said that Brahma Kumaris is an organization where women are the leaders. The former Chief Administrator of Brahma Kumaris, Dadi Janki gave her motherly sustenance and took God’s message around the world even till the age of 104 years. Today women are taking forward God’s task to spiritually empower the society and bring heaven on this earth. Women is being called as shivshakti by God.

The program was concluded with raising God Shiva’s flag high, followed by Brahma Kumaris sisters marching through the city, taking the voice of women empowerment through spiritual upliftment. Also, through holding the slogans in their hands, they called upon all women to realize their importance of bringing the golden age, paradise on this earth.

The stage was well coordinated by BK Dr Priya and program coordination was done by BK Gurpreet, BK Aarti and BK Ruchika. 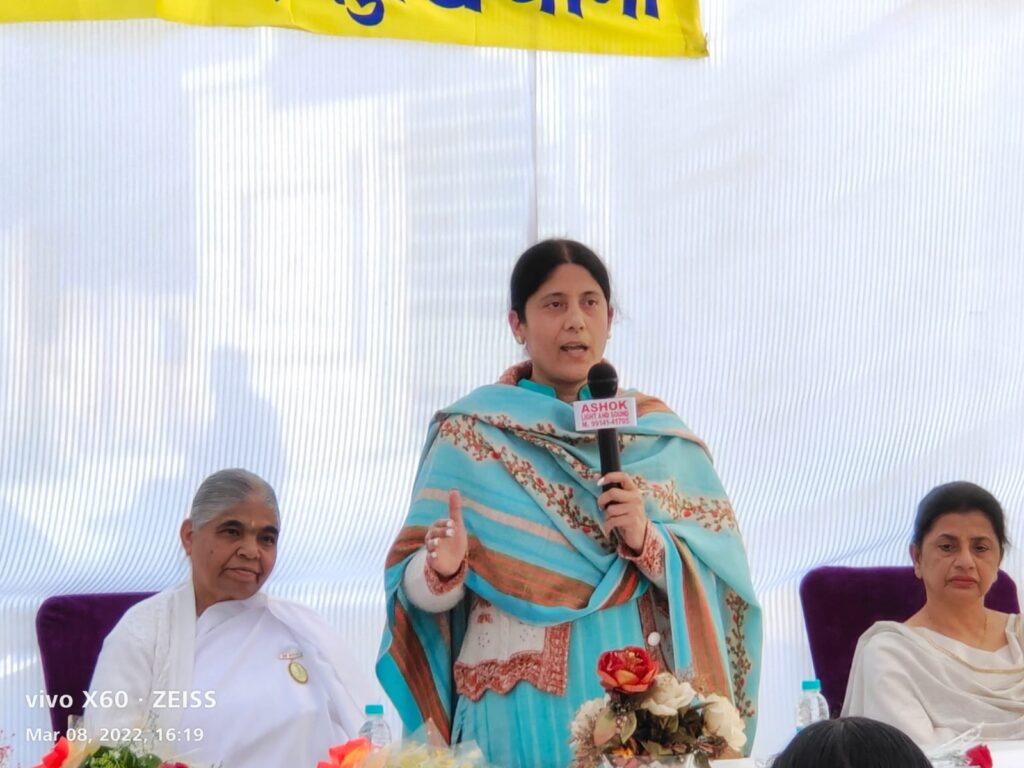 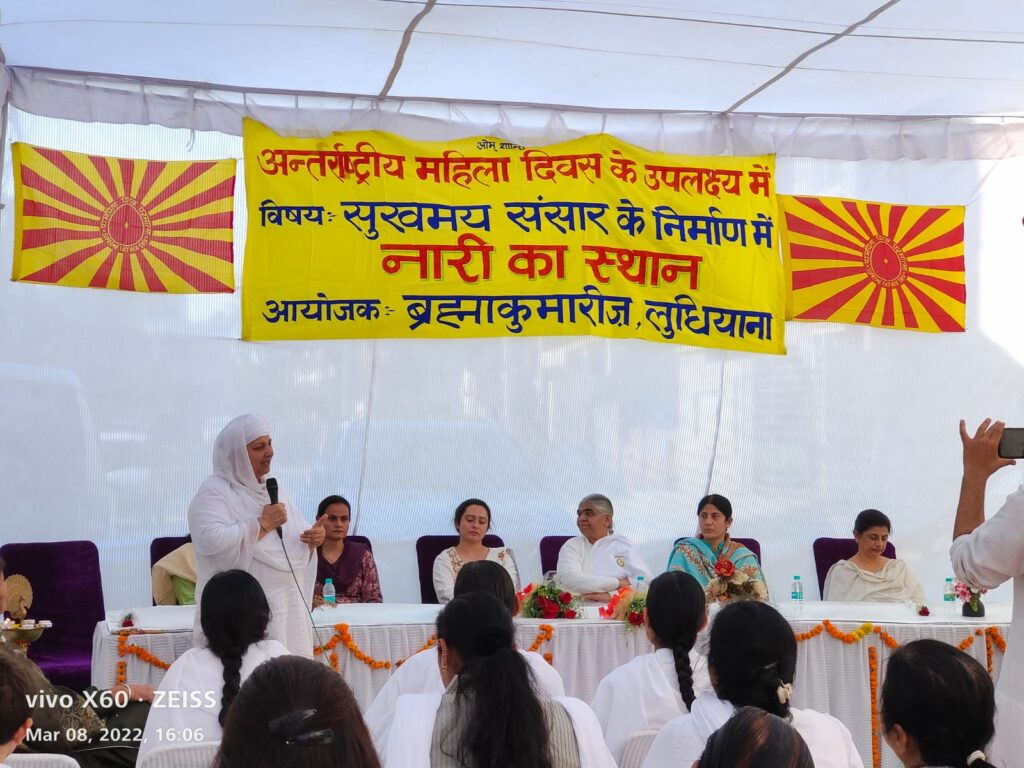 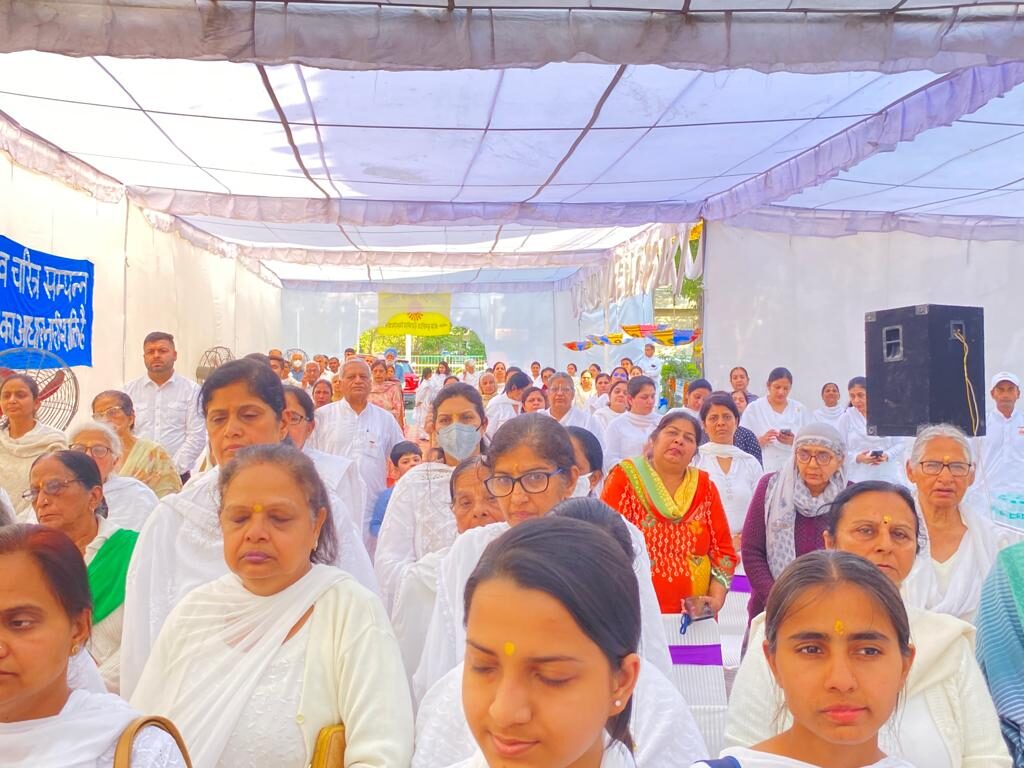 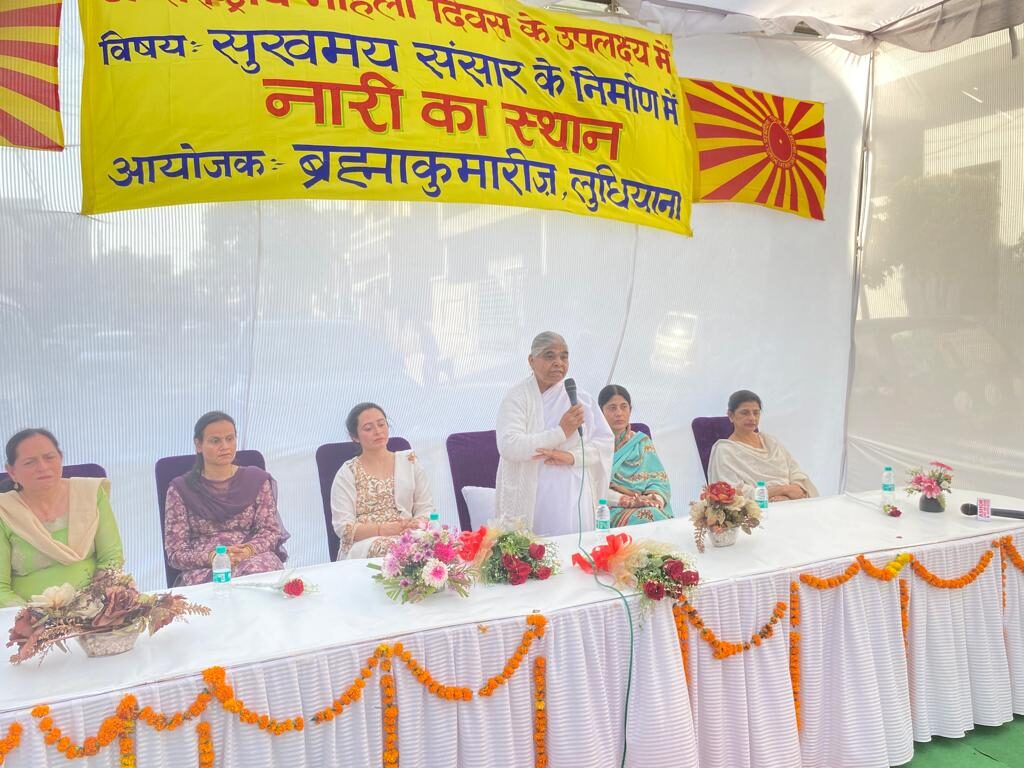 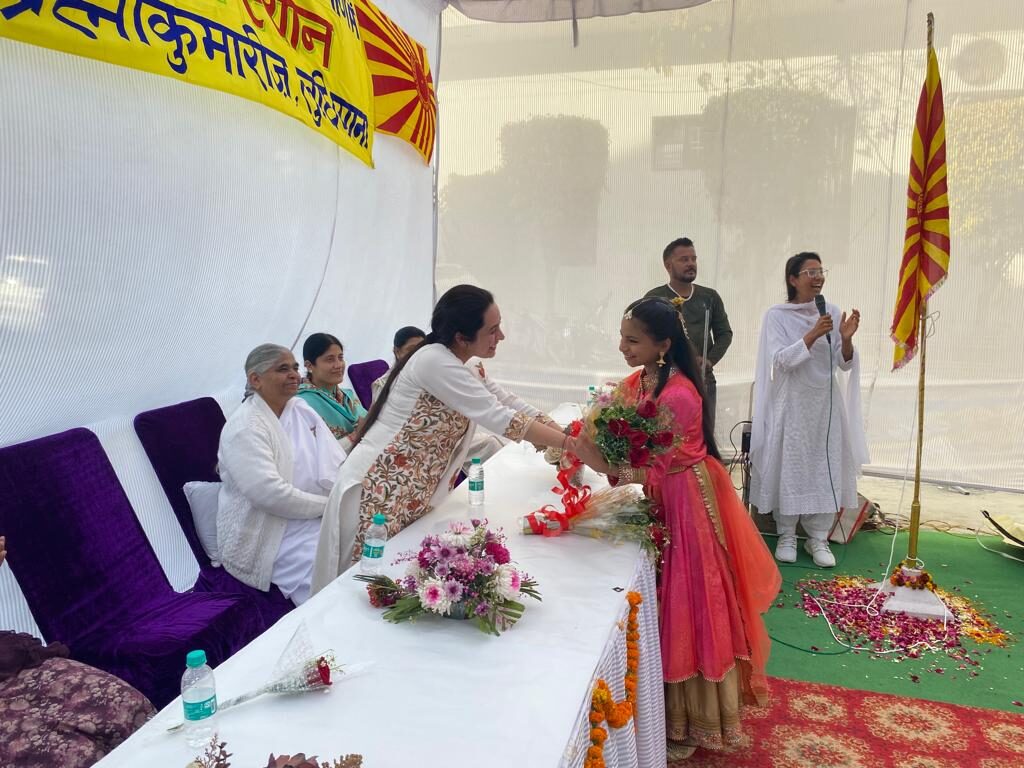 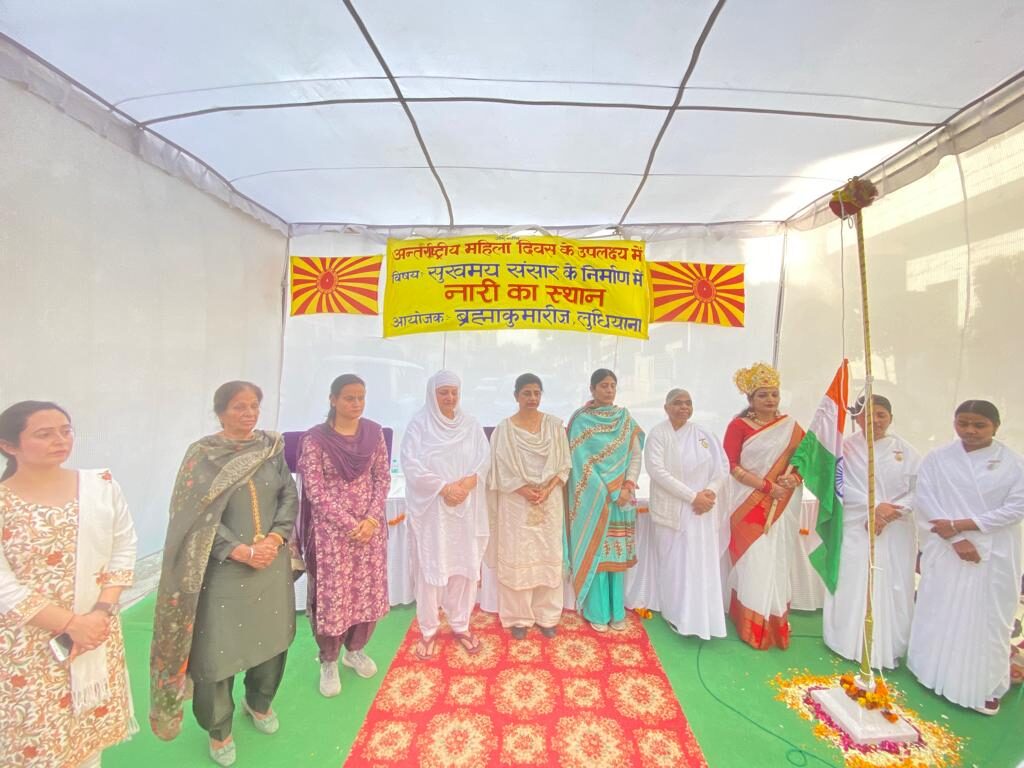 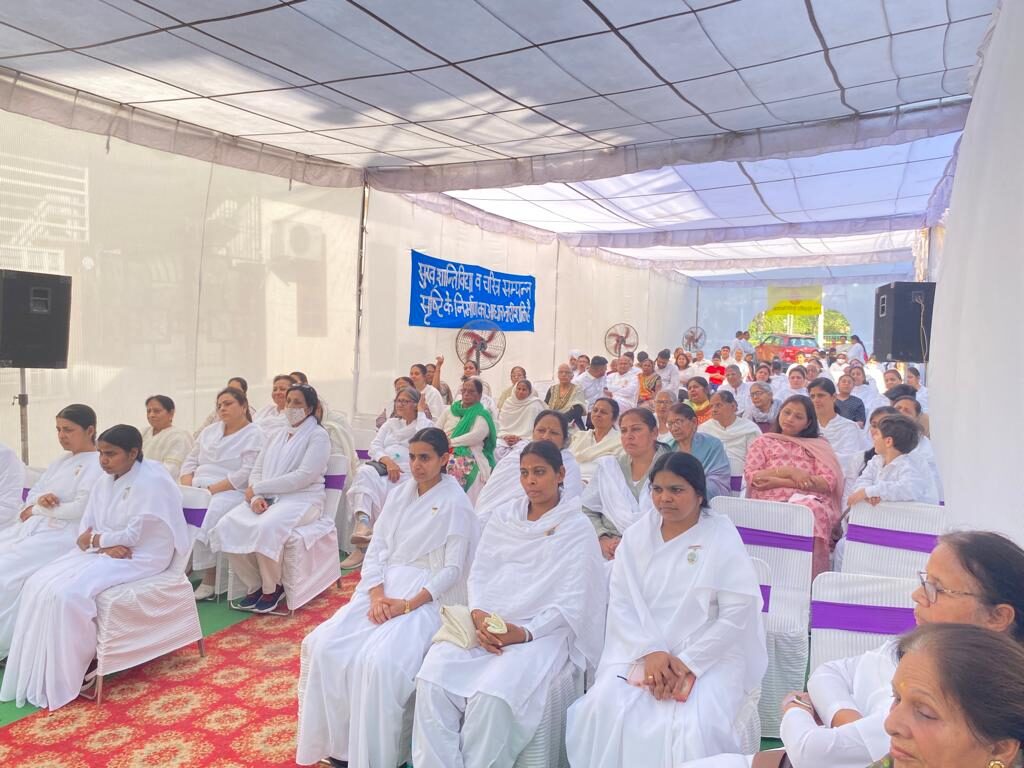