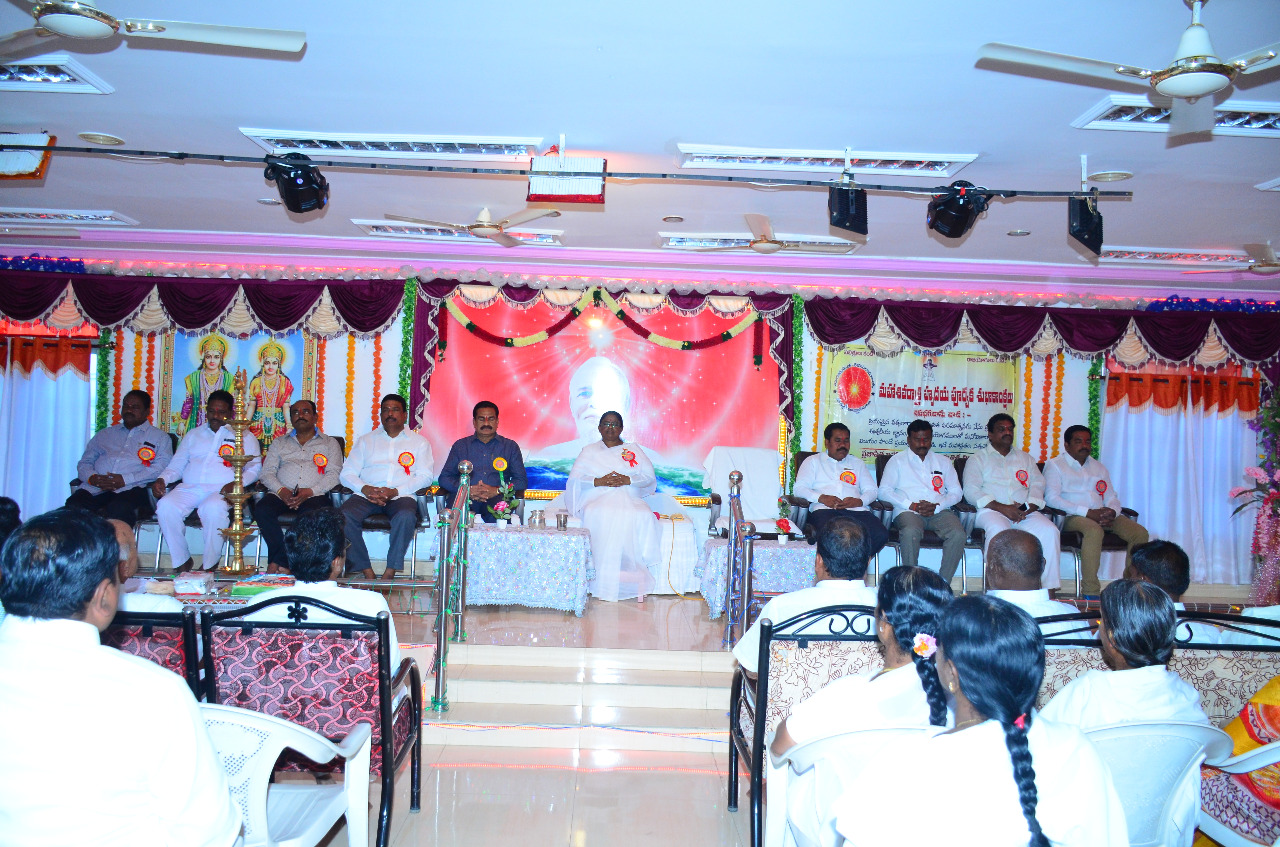 Kamareddy (Telangana): In order to convey the message to the public that incorporeal God Shiva has descended on earth in India, to restore Righteousness in the world and is Transforming the Iron Aged Society into a Golden Aged World, the Brahma Kumaris of Kamareddy in Telangana arranged a Ratha Yatra (Chariot procession / rally).

Allola Indrakaran Reddy, Honorable Minister for Endowments and Law Minister, Forest and Environment, also attended the program of Rameshwar Jyotirlinga Rathyatra which reached Nirmal Town. He praised the work of the Brahma Kumaris, saying that they are working tirelessly in spreading peace and spirituality. He also promised to give one fourth an acre of land.

Chief Guest for the occasion was local MLA, Mr. Gampa Govardhan Kumar. He was honoured by the Centre in Charge, BK Jaya, with a shawl and flower garlands. MLA Mr. Kumar did the launching of the rally by breaking a coconut as the mark of an auspicious starting.

In his address to the audience MLA Mr. G. Govardhan Kumar said that the Brahma Kumaris are tirelessly doing selfless service to inculcate Moral values in the society through Spiritual Wisdom and teaching Rajayog Meditation. He was all praise for the Brahma Kumaris and assured his full co-operation whenever needed.

For this Rally, they designed a Van like a Chariot, with pictures and banners depicting the Spiritual significance of this Maha Shivratri Festival, revealed by God Himself. A model of Rameshwar Jyotirling was also installed in the Chariot for the public to pay their ovation.

The Ratha Yatra will tour throughout the District of Kamareddy for a week. 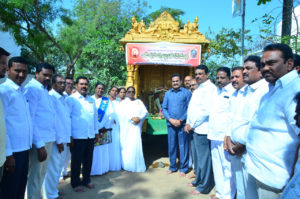 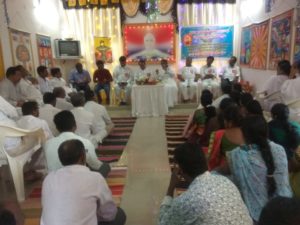 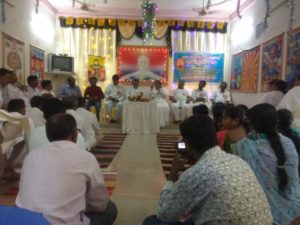 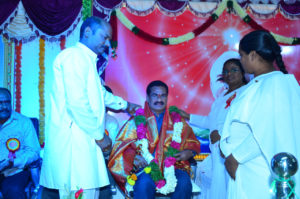