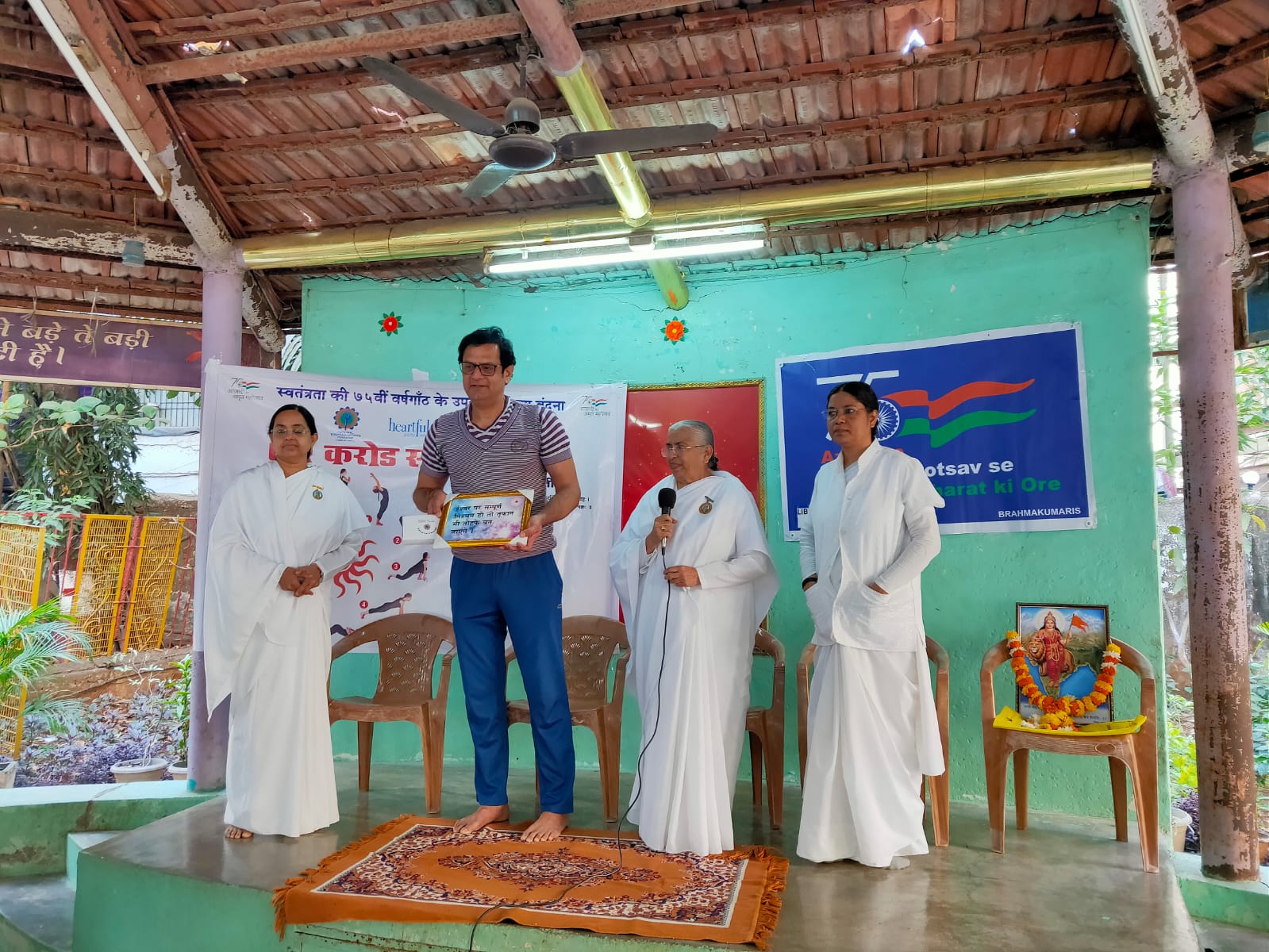 Malad ( Maharashtra ): A program for Suryanamaskar was held as part of ‘Amrit Mahotsav’ in Liberty Garden. The program was organized by Brahma Kumaris in association with RSS, Hari Om Club and Laughing Club.

Film and TV actor and Producer Rudra Kaushik was the special guest and the program was anchored by Anil Kulkarni from the RSS group. Inspirations from BK Kunti, Brahma Kumaris Malad, Mr. Jayanti from Hari Om Club, and Mr. Sarade from RSS were shared.

After Bharat Mata vandan and inspirations from guests, suryanamaskar was done by all. In the end meditation practice was conducted by BK Shobha, Malad Gyan Dhara center and a Godly gift was given to the guests by BK Neerja, Malad West center, and BK Meena, Malad Jankalyan Nagar centers. 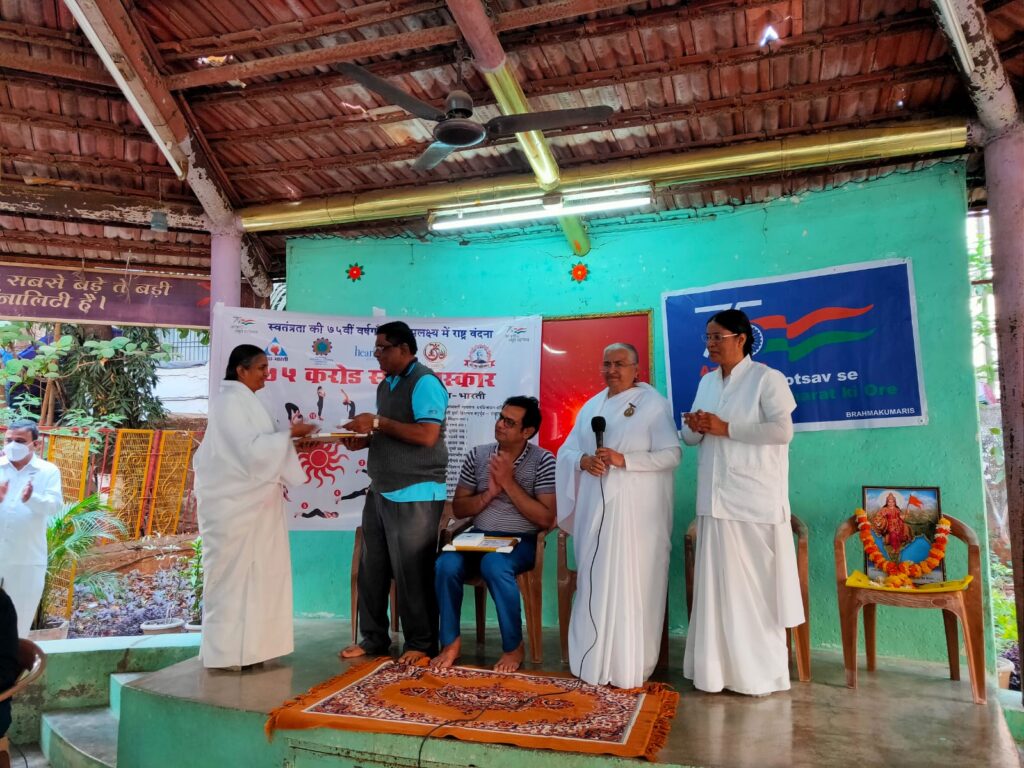 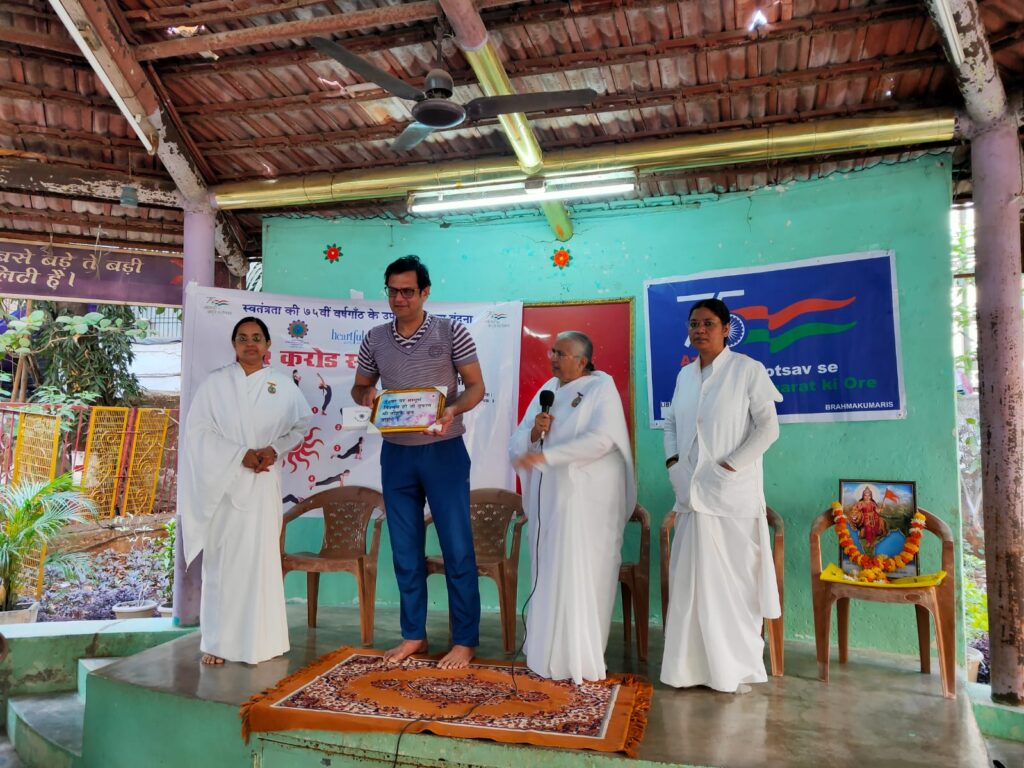 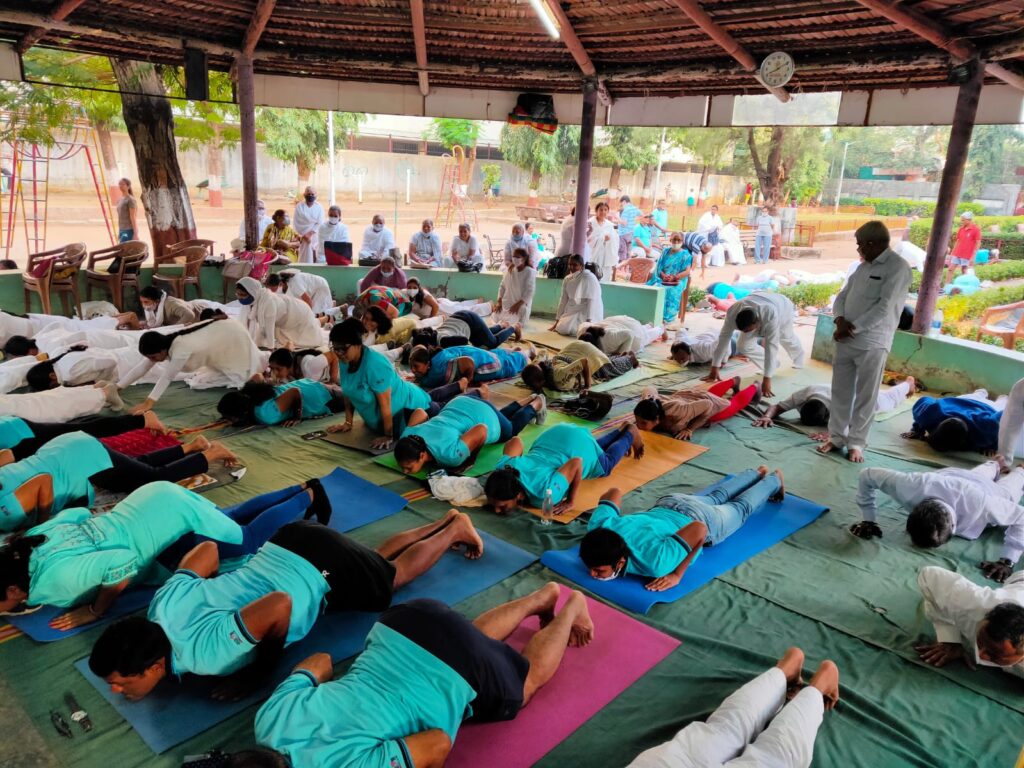 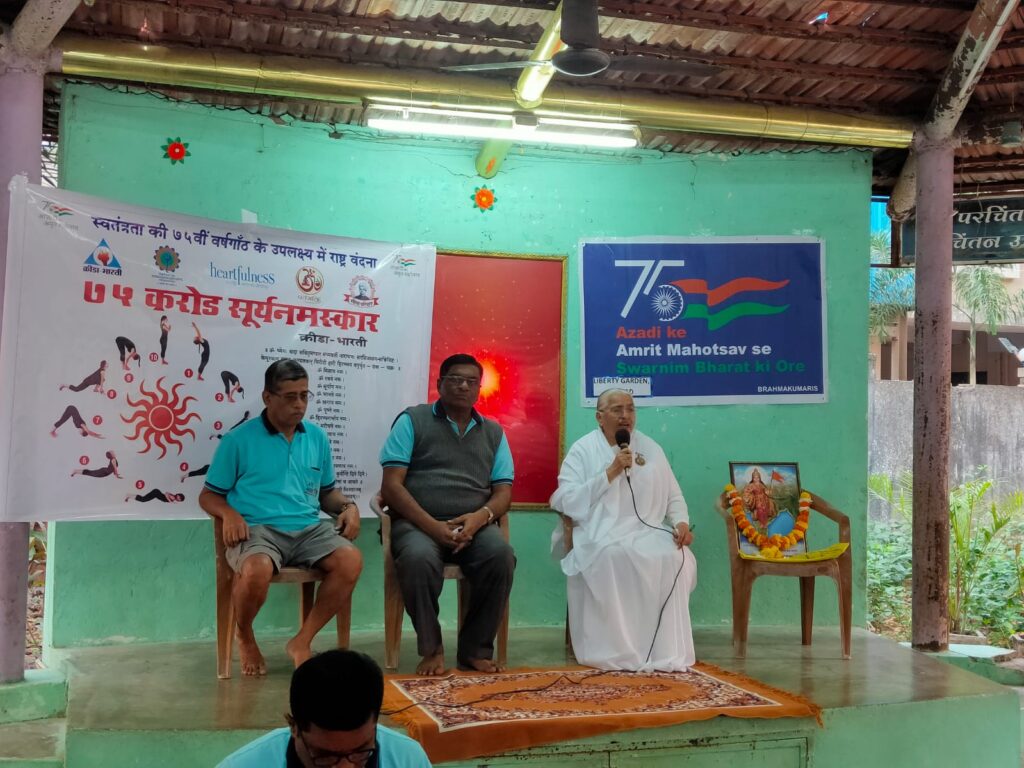 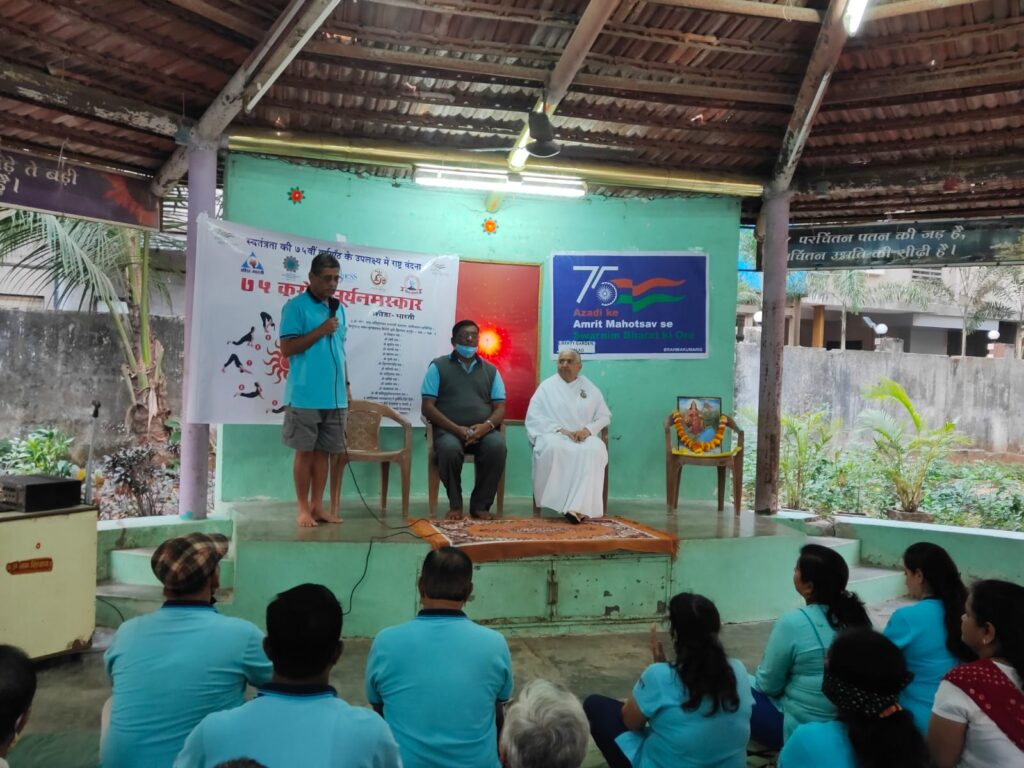 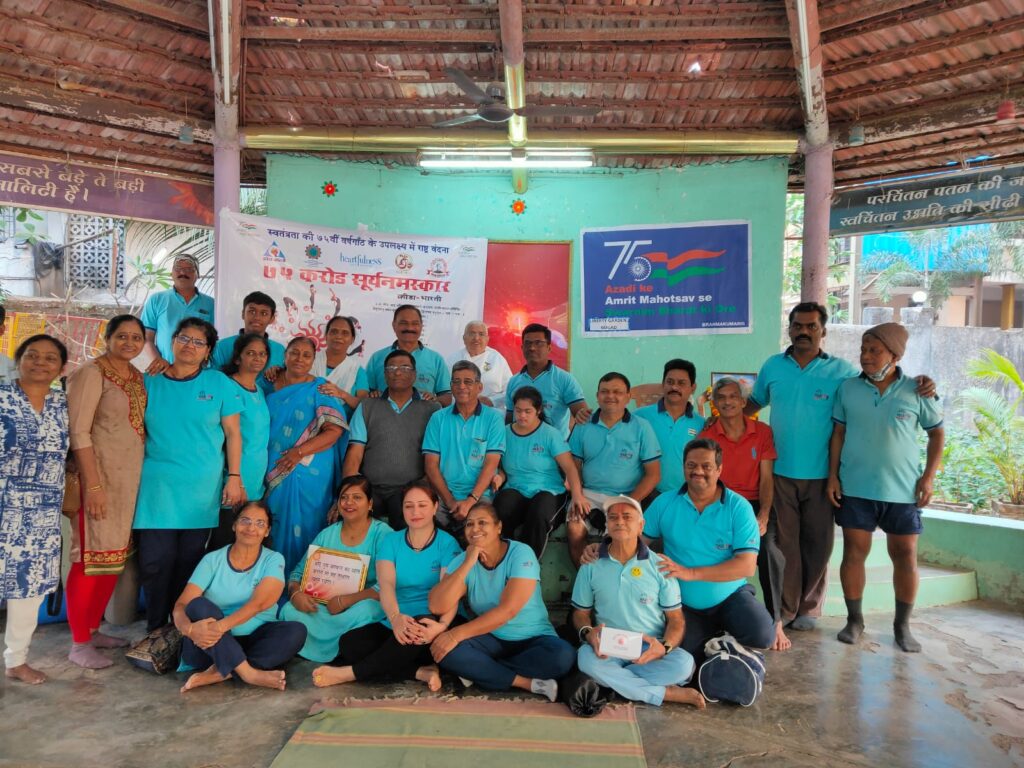