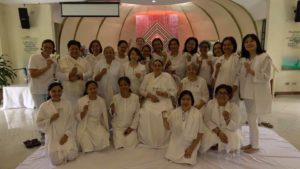 “Wherever we are and however the drama unfolds, it is our consciousness that is important. Silence brings to a stage where we are constantly pulled towards God, whatever is happening”, was how many  wrapped up their  experience of the silence retreat.   There remains  the intention to bring the experience of Madhuban( Original land, Head Quarters of Brahma Kumaris) into those two days of silence.

BK Sister Rajni requested each one to share a word which described what completion in one’s spiritual journey  means.  “Carefree, powerful, refreshed, loving” were some of the words that were shared and which also served as each one’s intention for the retreat. The format of the retreat was simple and straightforward: each one was given two classes  to read, reflect on and share with a small group. Each participant  naturally went into silence and deep into the essence of each class which they found to be replete with powerful messages.

It was also realized that  the demand for action is becoming intense in relationships at this time,  the need to develop sanskars of stability and being unshakeable was also underscored. A stage where one is aligned to God as the seed where the branches of the tree have been cut and one can easily fly high in remembrance was elucidated by Sister Rajni. Her analogy of a mango seed which, after giving its sweetness and flavor is thrown away but continues to grow with the thought that it contains all attainments within it, sparked deep realization among the BKs. There may be more responsibilities now for BKs because many souls are looking for support but, as Brahma Baba’s’ example showed, he remained light.   The simplicity of the silence retreat gave it a more vibrant foundation where deep insights flowed.

This powerful experience of silence strengthened the commitment of each one to sustain self-progress through silence. 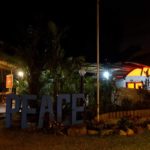