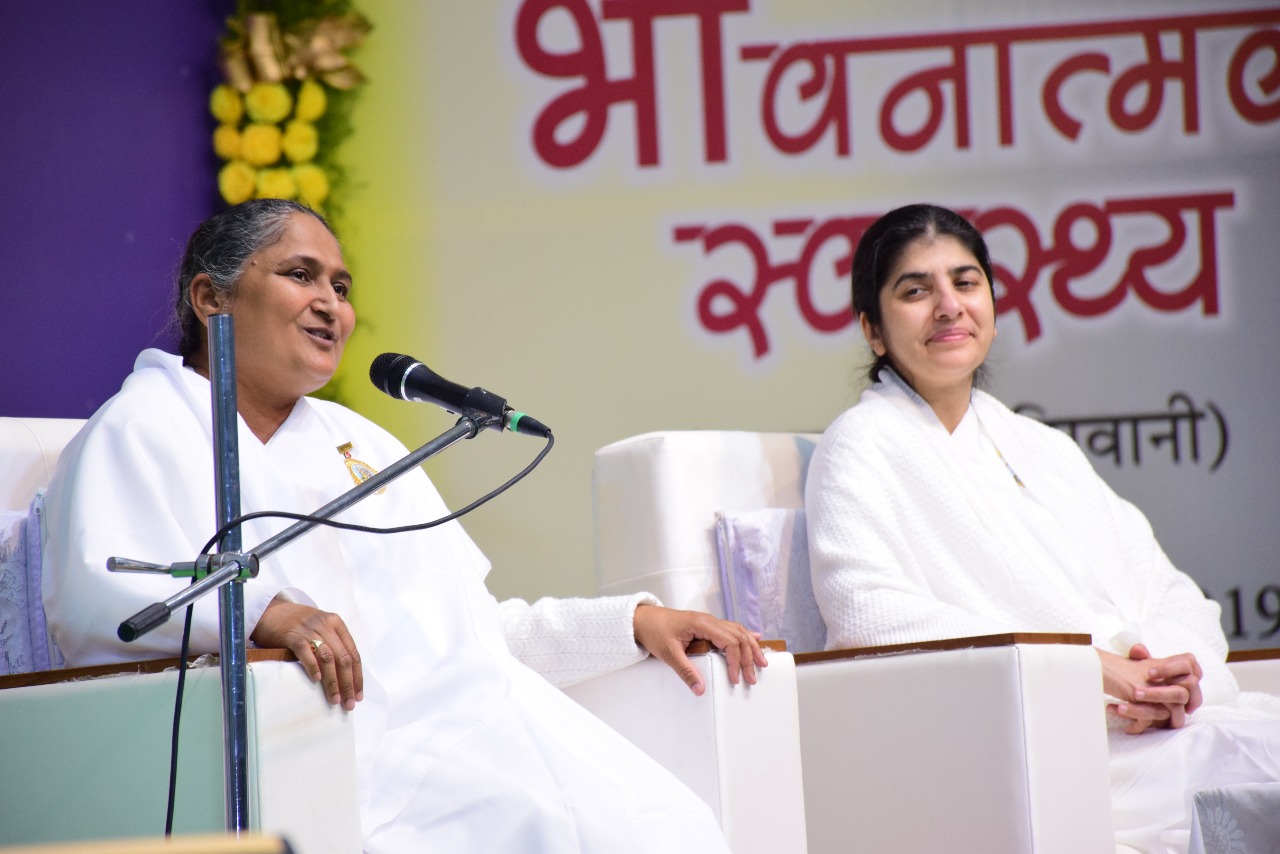 “When you start blaming people and situations for your misery, that is when your emotional immunity starts going down,” said BK Shivani.  She was delivering a discourse in her inimitable style. Speaking about “the strained relationships between people,” which is the most common challenge these days, she said, “The main reason of strain in any relationship is blaming the other person for our pain. Blaming someone else becomes a negative sanskara (habit) and starts draining energy. Ego becomes so important that we prefer not talking to a person for hours and days instead of apologizing. We start thinking that apologizing will make us weak. But instead it’s the other way round. Only a person who is strong can apologize. Make it a habit from your side to end that topic then and there.”

She further explained that, even if both people involved in the argument are not talking, there is a lot of talking happening inside our mind. This creates a lot of negative vibrations in the surrounding, and vibrations are more powerful than words. She insisted on saying, “I accept people as they are and accept me as I am” to oneself each day. She also said, “When you are practicing forgiveness and compassion, do not expect others to be the same. Do not expect others to have the same qualities as you have.” She further said that these days it has become very important for us to receive approval from others. We should stop looking for approval and do what makes us feel right.

She led the lecture further by guiding the audience on how to work on one’s emotional fitness. She shared that one should take out one hour each day for oneself. “Instead of looking at our mobile phones the first thing in the morning, spare one hour for our own self, read what you want to become, introspect, do some yoga, meditate and then start your day.” She said that it “was better in the olden days, where there were no mobile phones, where people spent time with their families.”

On raising children, she said, “Do not shout at them and wake them early in the morning. They are aware of the time they have to wake up at. Shouting at them drains your energy and their energy too, which in turn decreases a child’s productivity.”

She further added, “The lady of the house (who generally cooks the food) should cook with good and positive thoughts. It is always better to have some spiritual chanting while cooking food, as food is the easiest source to absorb somebody else’s thoughts which can affect your mind and body.” She insisted on having home-cooked food as much as possible. She also said that children should be taught to adopt some spiritual practice. “These days parents are okay when a child goes to late-night parties, has drinks and adopts bad habits. But if a child is interested in meditation, parents stop them. When asked why do they do that, parents respond by saying ‘It’s absolutely normal, everybody does that, but meditation is old-fashioned, this shouldn’t be done at this age.’ This mentality has to be changed. If someone calls you old-fashioned take it as a compliment.”

She also insisted on feeling abundant: abundance in time, money, love, and compassion. When you keep feeling abundant then it automatically starts happening. It is all about one’s attitude. She concluded the session with a small guided meditation and also invited each one in the audience for a three-day meditation camp starting the same day at the Brahma Kumaris Centre in the city.