Practicing Pause Post Covid-19: What will the future look like, and how can we shape it? – Event on August 5th 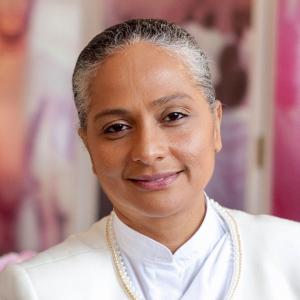 LOS ANGELES, CA, UNITED STATES:  Jennifer K. Hill discusses with leaders how to expand the power of the pause into the future of tomorrow in a post COVID-19 world. She and the panelists explore tools that people can use, as well as how those tools can help us all sustain a balanced tomorrow.

Tune in for free to Awake TV Network on

to watch the panel: https://www.awaketvnetwork.live/browse

About Dr. Rollin McCraty
Rollin McCraty of Boulder Creek, California, is executive vice president and director of research of HeartMath Institute. McCraty is director of research and project coordinator of the Global Coherence Monitoring System. He has been with HeartMath since its creation in 1991. He is a psychophysiologist and a professor at Florida Atlantic University. McCraty’s research interests include the physiology of emotion, with a focus on the mechanisms by which emotions influence cognitive processes, behavior and health. He and his team regularly participate in studies with scientific, medical and educational institutions worldwide. McCraty has written extensively and been widely published in his areas of scientific interest. He holds numerous memberships, including with the American Autonomic Society, Pavlovian Society, National Association for Psychological Science, Association for Applied Psychophysiology and Biofeedback and Society for Scientific Exploration.

About Sister Dr. Jenna
Sister Dr. Jenna is an acclaimed, trusted spiritual mentor committed to bridging divides in societies and building relationships between global influencers. She has impacted lives around the globe, inspiring change and finding solutions to current day crises as the founder and director of two Brahma Kumaris Meditation Museums, located in the metropolitan Washington D.C. area. Sister Dr. Jenna is also the host of the popular America Meditating Radio Show and recipient of the President’s Lifetime National Community Service Award. She is a member of the Evolutionary Leaders Circle, a group of thought leaders from diverse disciplines in service to conscious evolution.

Selected by Empower A Billion Women 2020 as one of 100 most influential leaders of 2015, she serves on various advisory boards such as Conscious Good Media, Global Women’s Network, the Love Button Global Movement, The Wisdom Council for the Summer of Peace and the Shift Network, to mention just a few.

Sister Dr. Jenna also served as a principal partner with the Oprah Winfrey Network and Values Partnerships on the Belief Team, a community of individuals from diverse spiritual, cultural and faith backgrounds. Her voice of influence is particularly needed in the wake of tragedy and increasing violence in our world.

About Michael Ventura:
Michael Ventura is an accomplished entrepreneur, practitioner, educator, and author. He currently serves as the founder and CEO of Sub Rosa, a strategy and design firm that has worked with some of the world’s most influential organizations: from the ACLU, Google, Microsoft, and Nike to well-respected institutions such as The United Nations and the Obama Administration. Alongside this work, Michael has spent more than a decade working in private practice with individuals seeking support through an indigenous medicine practice grounded in the traditions of the Nahua people. His book, Applied Empathy (Simon & Schuster 2018) explores the intersectionality of these two worlds (business and well-being) through the practice of empathy for the self, and for others. He has served as a board member and advisor to a variety of organizations including The Burning Man Project, The Smithsonian’s Cooper Hewitt National Design Museum, and the United Nation’s Tribal Link Foundation. He is a visiting lecturer at institutions such as Princeton University and the United States Military Academy at West Point. An ardent steward of self development practices, Michael is frequently engaged as an advisor to leaders seeking personal and professional growth.

About Amanda Masters:
Amanda Masters the mother of three, Co-Founder, Owner and CEO of Awake TV Network. Coined the “Spiritual Netflix,” Awake TV is an interactive conscious media platform that hosts weekly live-streaming shows on a wide variety of awakening topics including both free and subscriber based content. The teachers on the network have been carefully selected by Amanda, and are experts in their respective fields. Their shows assist viewers in raising their own vibration, and by extension, the vibration of our planet. Amanda is also the co-host of the series, ‘Living in the New Consciousness” on Awake TV, where she guides her viewers in healing and raising their consciousness.

About Jennifer K. Hill:
Jennifer K. Hill has appeared on many major news outlets around the world including: KNX Radio, BBC News, ABC, NBC, FOX and E! News, and has been quoted in numerous online articles as well including The Ladders and Glassdoor. In addition, Jennifer has been featured speaker for various conferences, law firms and corporations around the United States. 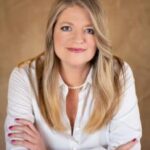 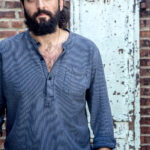 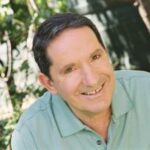 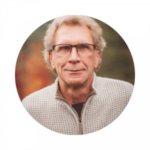