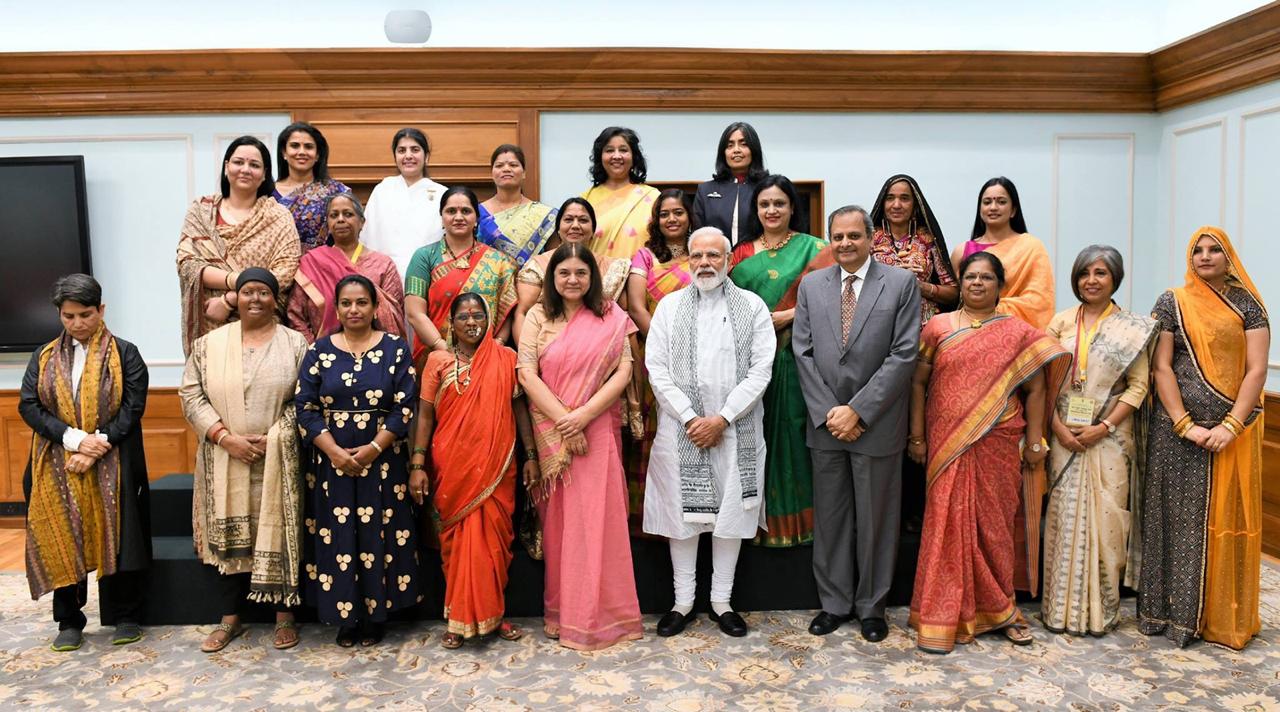 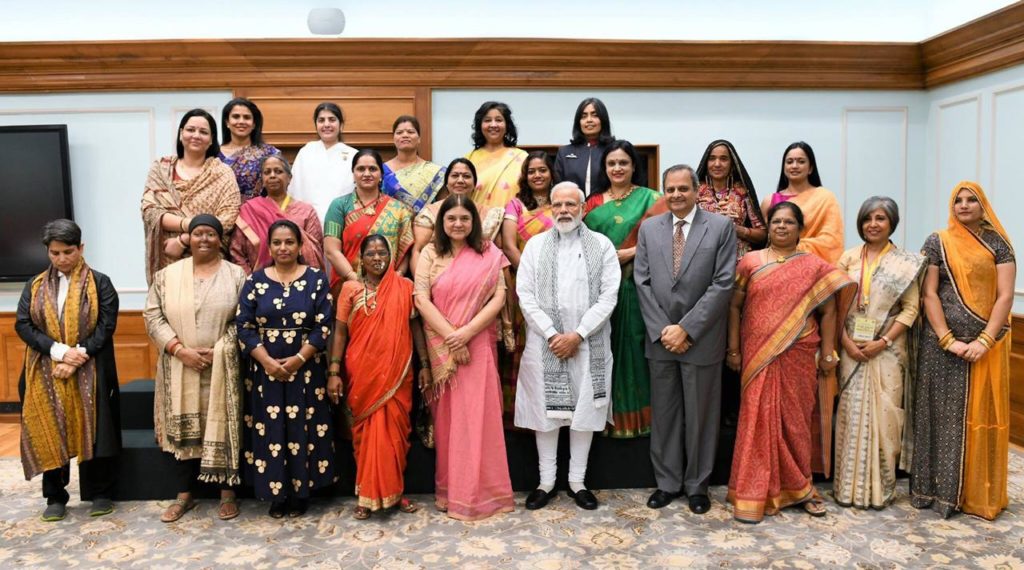 New Delhi: All the 44 awardees of the prestigious Nari Shakti, Women Power Award 2019, which is the highest civilian award instituted for women by the Government of India, met the Prime Minister Narendra Modi. They were given this award by President Ram Math Kovind at a special ceremony held at the Rashtrapati Bhawan, President’s House, on International Women’s Day. The award is given to exceptional women or institutions that work for empowerment of women which included BK Sister Shivani.

In his speech, the Prime Minister said that the Swachh Bharat (Clean India) cleanliness drive and the fight against malnutrition with Mission Indradhanush could succeed only because of the involvement and cooperation of women. He felt the awardees, by their example and influence, can bring forward many more women to work for society.

BK Sister Shivani, as an awardee, was interviewed on the occasion, where she said that it is the woman who is the giver of morals and ideals. Today we know that this world is in need of transformation. We are looking for people who can transform it. But world transformation is possible only through self transformation. Prime Minister Modi, being the elder of our National family, is looking after the well-being and upbringing of the daughters of our nation. We all must give support to his efforts.