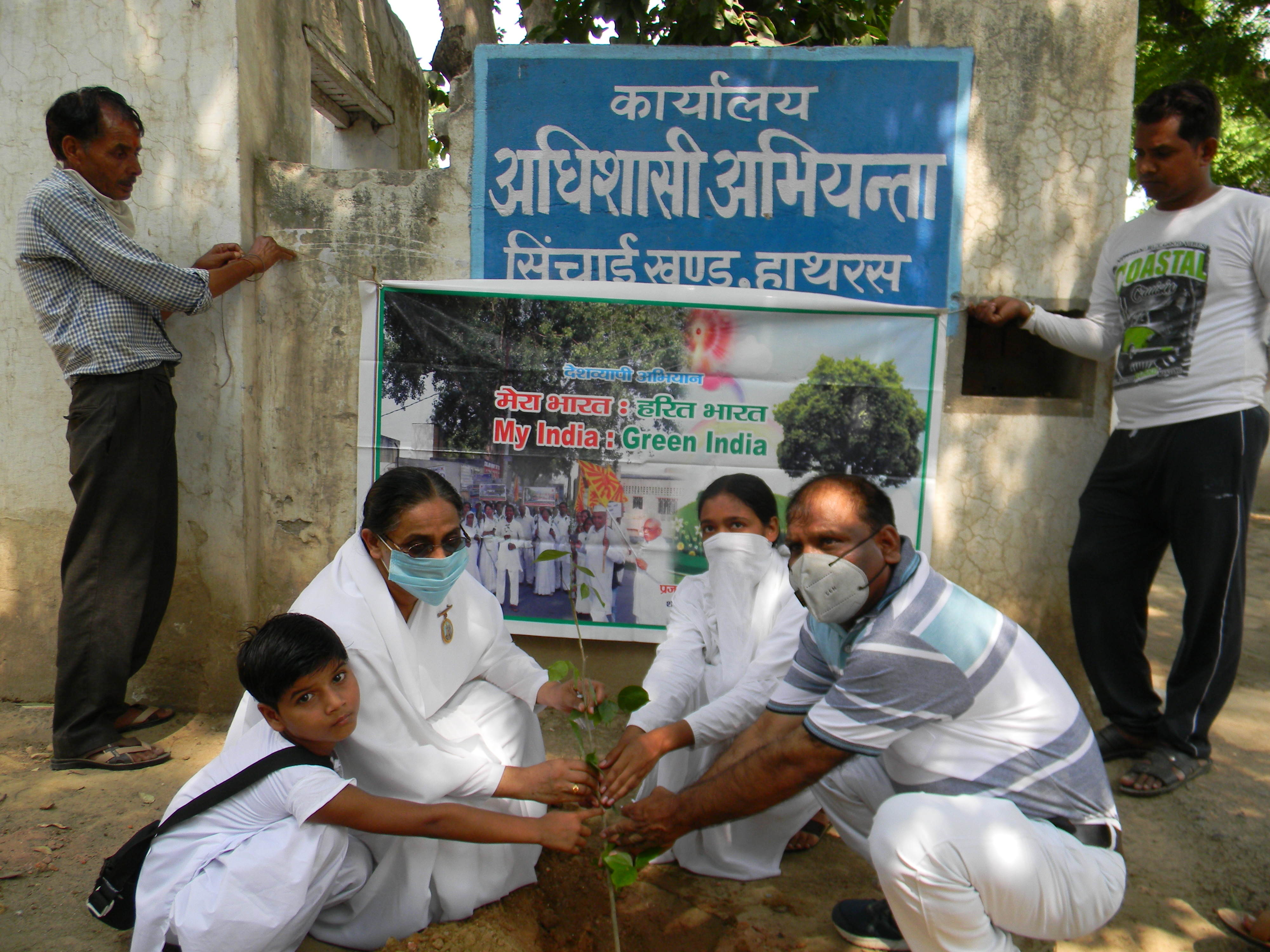 Hathras ( Uttar Pradesh ): The ‘My Bharat Green Bharat’ campaign of the Rural Wing of the Rajyoga Education and Research Foundation, in collaboration with the Brahma Kumaris, was inaugurated with a plantation drive in Hathras.  BK Shanta, Coordinator of this campaign, started by planting saplings of ‘Kanji’ trees.

The twin targets of fulfilling the government’s directive and making this planet earth green, were started with the plantation of 9,600 trees by ‘Adhishasi Abhiyanta Sinchai Khand,’ Executive Engineer, Irrigation Section, along the river area.

Ishwar Singh, SDO Irrigation section; Akhil Pachauri, Contractor; Ravishankar, Junior Engineer, along with their team members, collaborated with BK Shanta, Incharge of Anandpuri Colony center of Brahma Kumaris in Hathras, and her team of Brahma Kumaris brothers and sisters, for this initiative.  BK Shanta felicitated Ishwar Singh by presenting him with Godly Literature.  He expressed his gratitude towards the Brahma Kumaris. 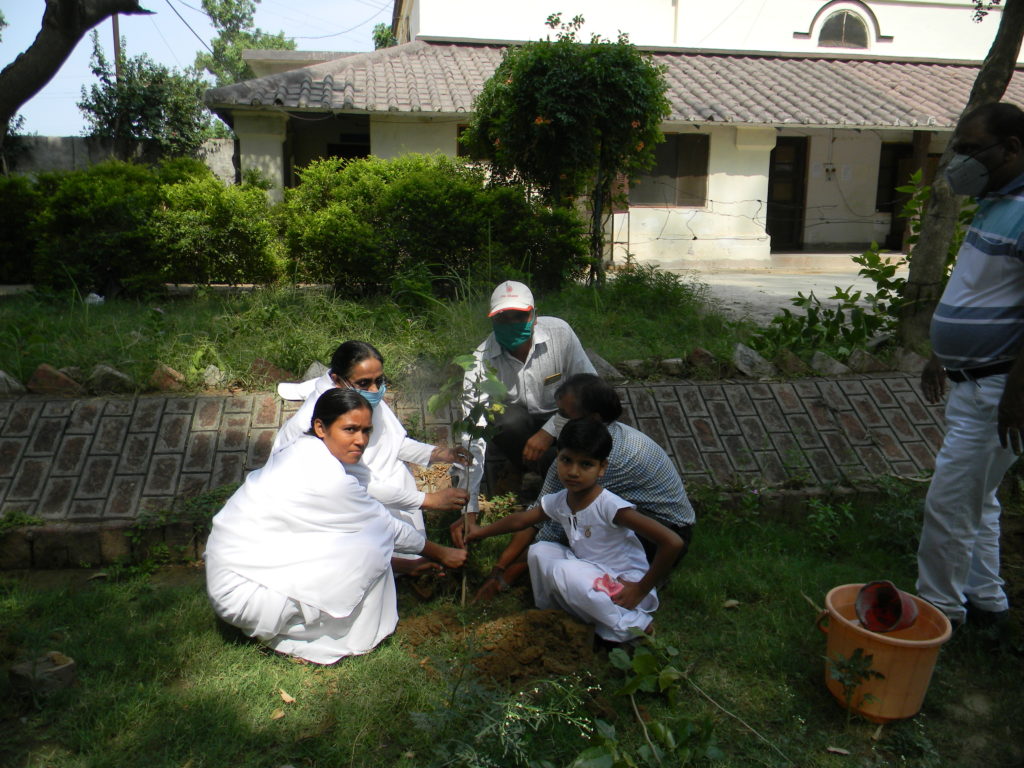 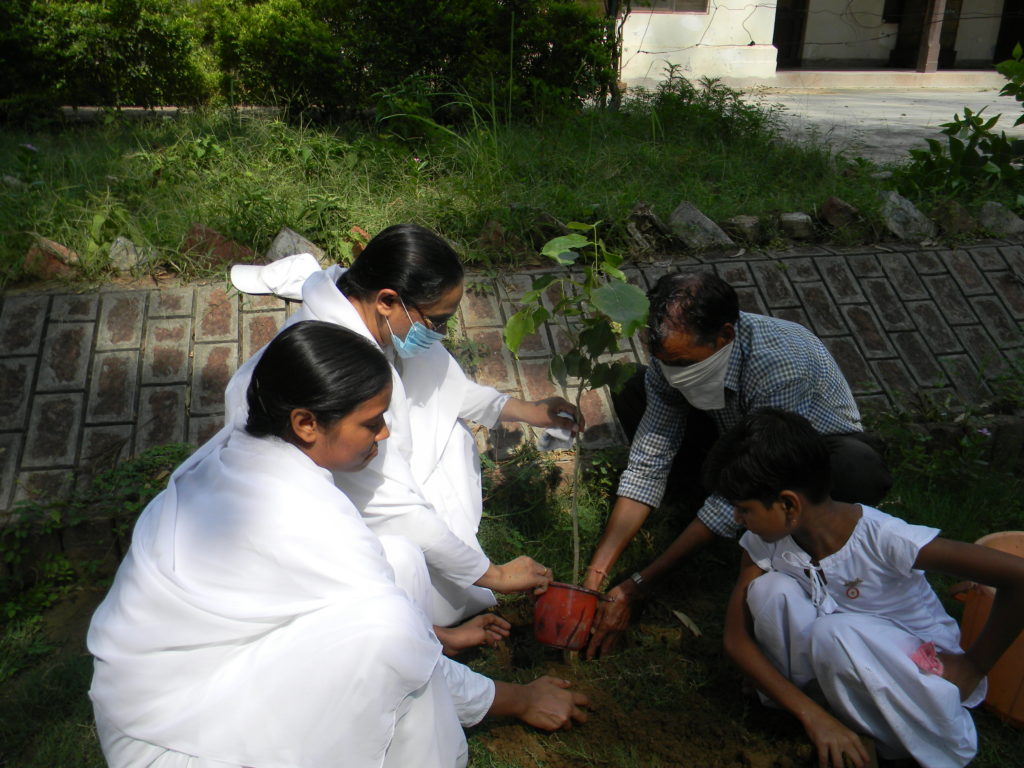 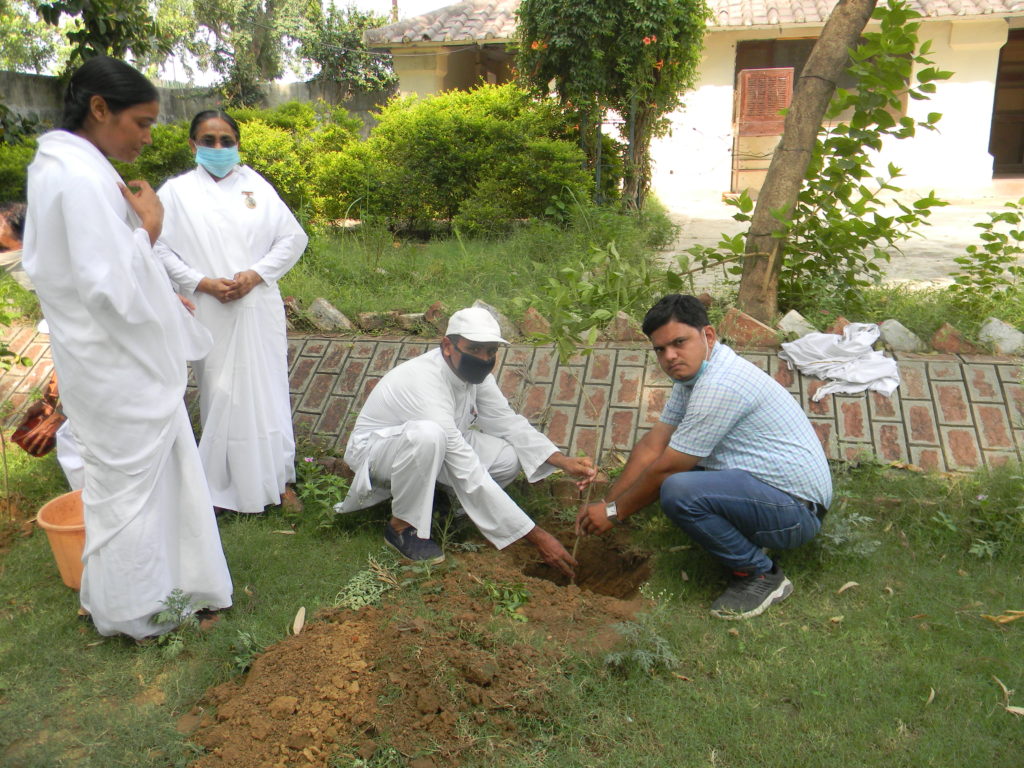 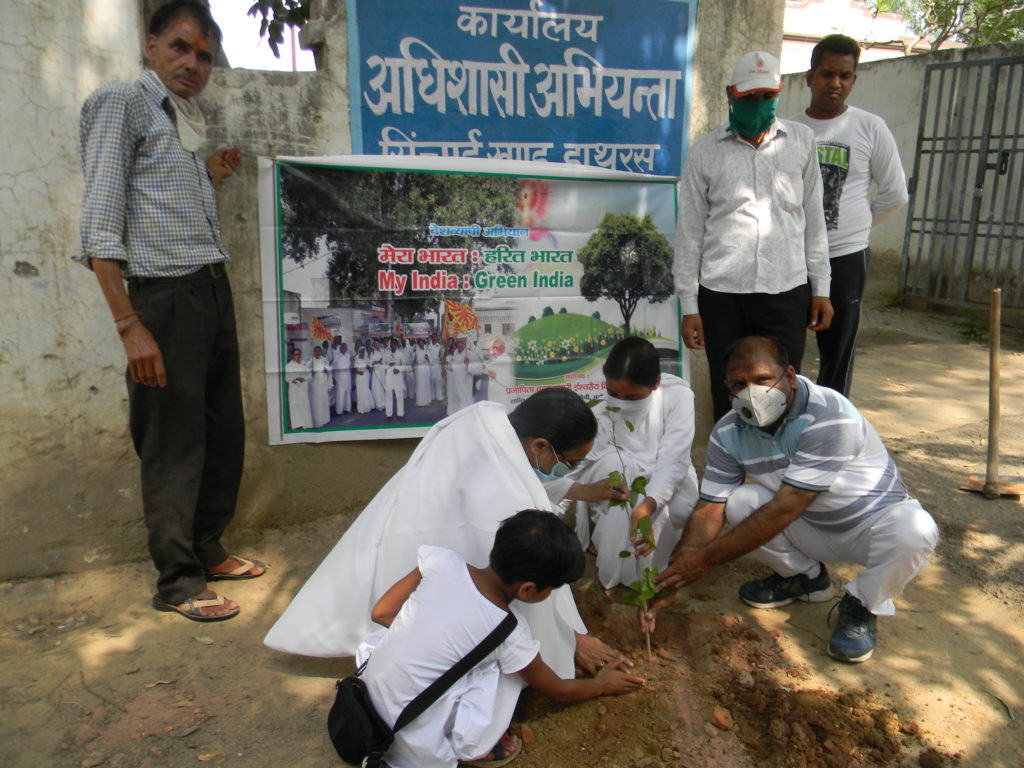