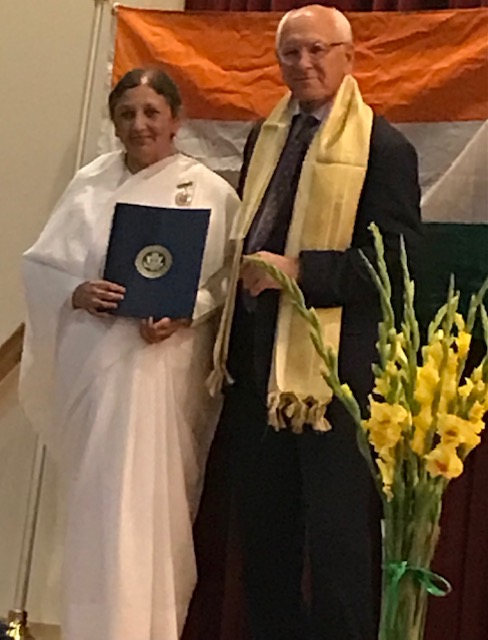 Albany ( New York ): A ‘Living in Independence – Inside Out’ event was organized by Brahma Kumaris Albany and Peace Village Learning and Retreat Center at The Hindu Cultural Center Auditorium to honor the 75th anniversary celebrations of India’s Independence, under the theme USA celebrates “the Soul of India.”

The event began with a beautiful visual and spoken meditation of renewal by BK Sister Dorothy from Peace Village, New York. National Anthems were movingly sung by accomplished local vocal artists accompanied by all.  BK Sister Kala from Peace Village and BK Sister Gayatri from New York shared inspirational and thoughtfully reflective messages on ‘True Independence.‘  A mesmerizing dance, performed by two BK students from Boston, depicted the relationship between the soul and the mind, and the soul’s journey to reclaim true liberation in life.

An insightful poem on liberation by Rabindranath Tagore was read, and a video highlighted India’s gifts to the world.

The program concluded with an interview brilliantly facilitated by BK Sister Judy which was a family chat across three generations of a family of Indian origin. 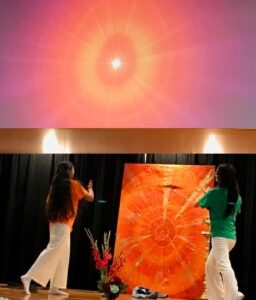 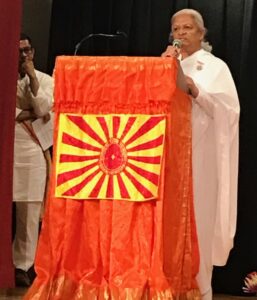 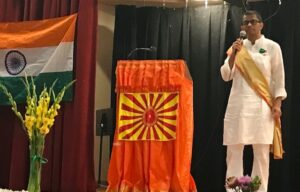 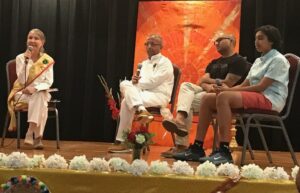 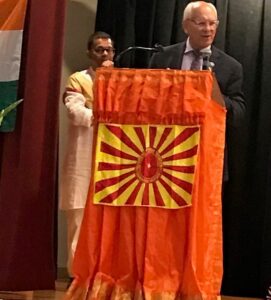 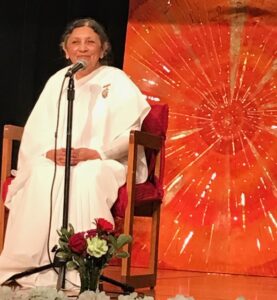 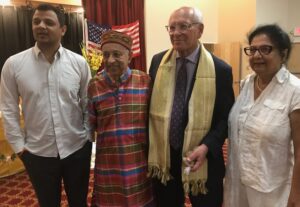 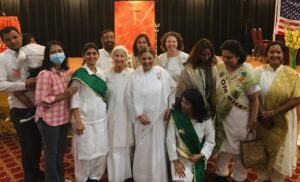 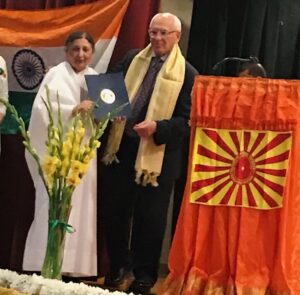