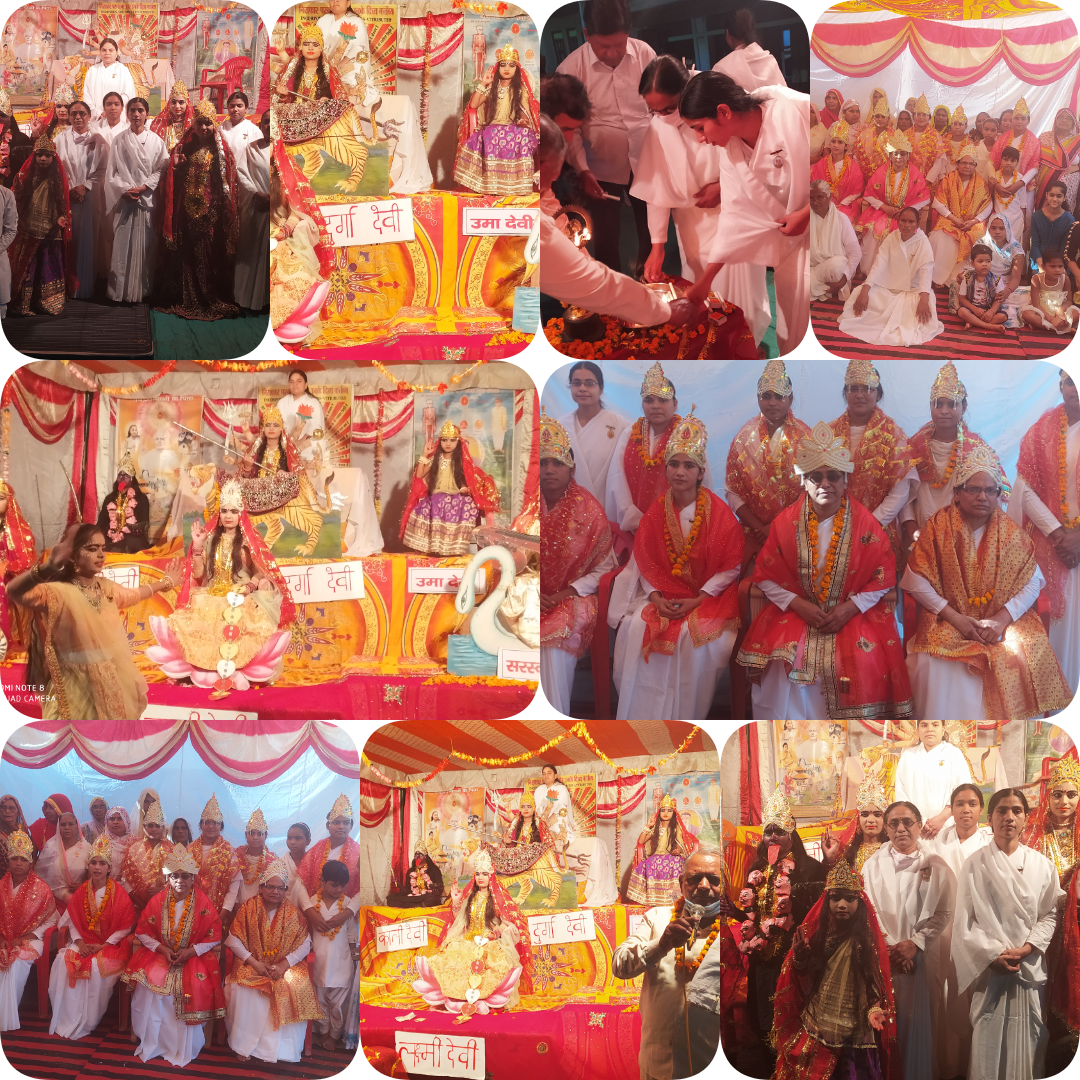 Hathras (Uttar Pradesh): The Brahma Kumaris of Hathras organized a tableau of live forms of goddessess at Ramlila Maidan on the occasion of the Navratri festival.  A steady stream of devotees came to witness the tableau and seek blessings of the goddesses at this program.

BK Shanta, Rajyoga Teacher from Anandpuri Colony centre of Brahma Kumaris, said that real fasting refers to abstaining from all negative tendencies and vices. The idea of live forms of these goddesses is to create a new world having beings with Divine characters.

Mr. Avin Verma, Head of the Ramlila Program and Member of the Food Corporation of India; Mr. Umashankar Jain, Bureau Chief of D.L.A; Mr. Jagdish Pankaj, Western Uttar Pradesh Trade Board; Mr. Pawan Gautam, Ramlila Manager, along with BK Shanta, inaugurated this event with a candle lighting ceremony. A dance performance by child artist Nancy was another highlight of this program. 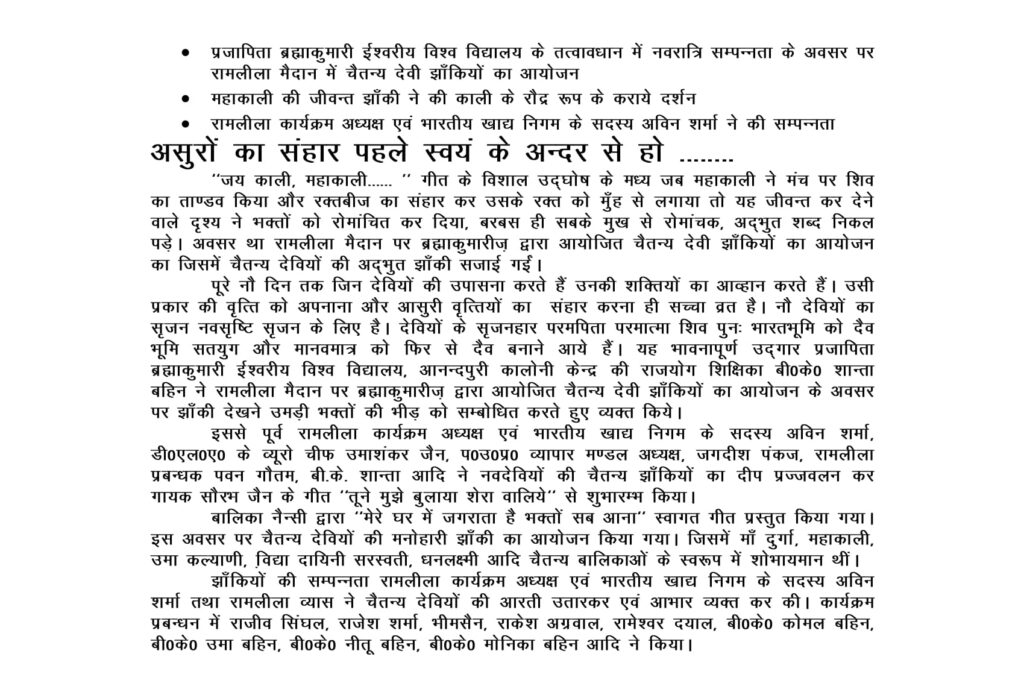 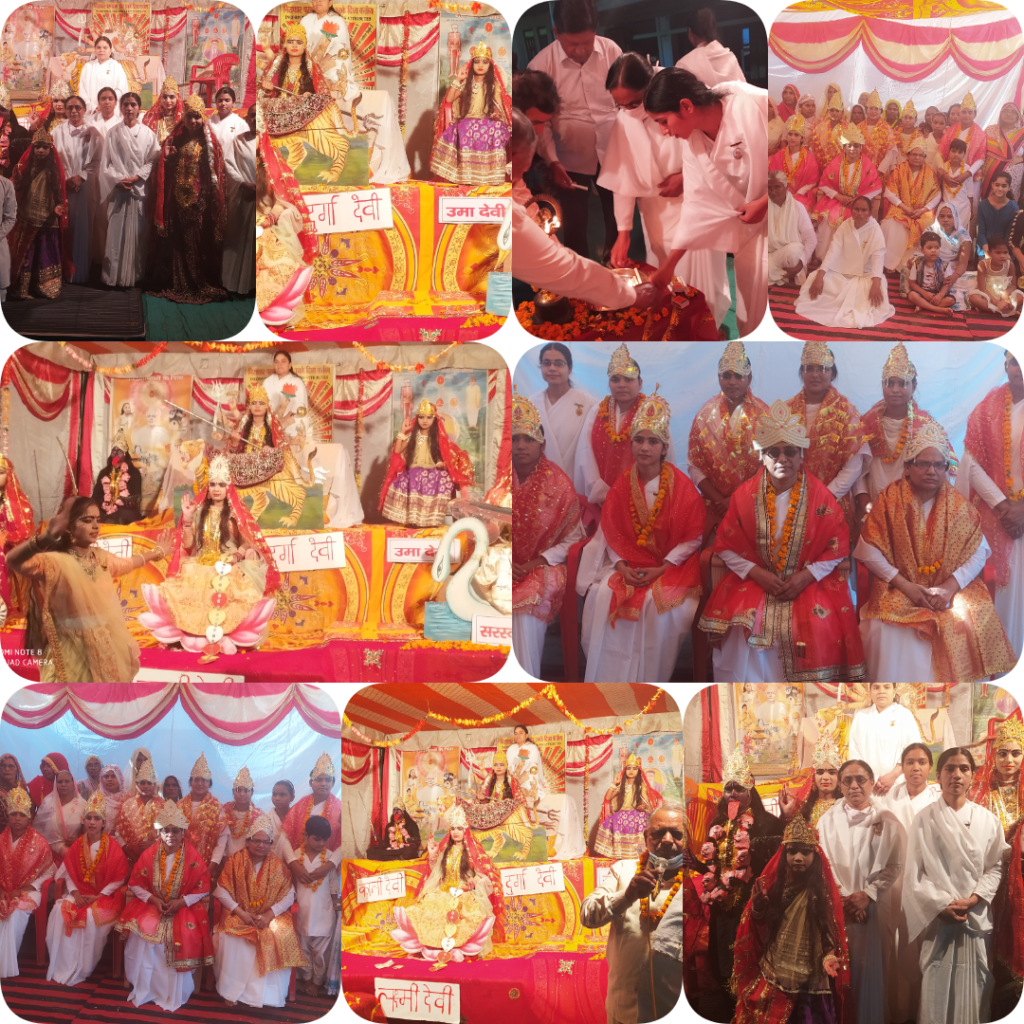