“Know Thyself for Happy Living” – A Program for Advocates 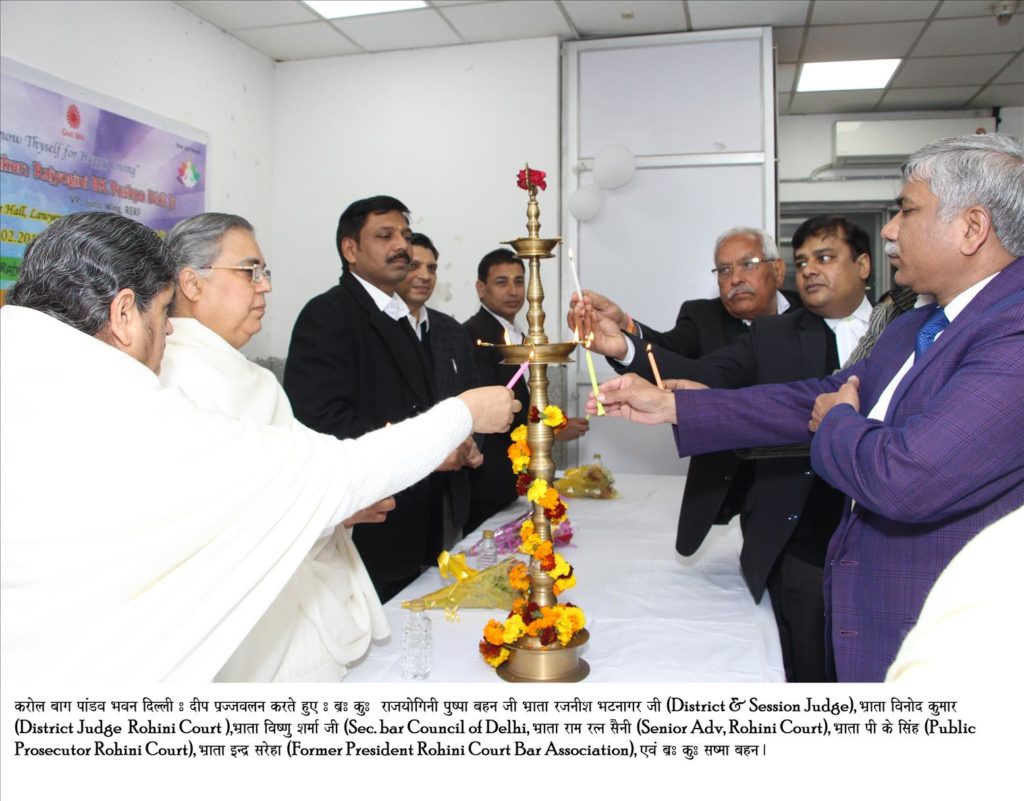 BK Pushpa told the congregation that by knowing the true identity of the self one can remain ever-happy and cheerful and it can be done by the regular practice of Rajayoga. She conducted a brief Rajayoga practice session for all. Speaking about the benefits of Rajayoga, Sessions Judge Rajnish Bhatanagar and District Judge Vinod Sharmaji expressed their good wishes.

Senior advocate BK Mukesh conducted the program as the stage secretary.  Later a three-day-long Rajyoga shivira was held at Madhuban Chowk, Rohini centre, in which about thirty advocates participated. 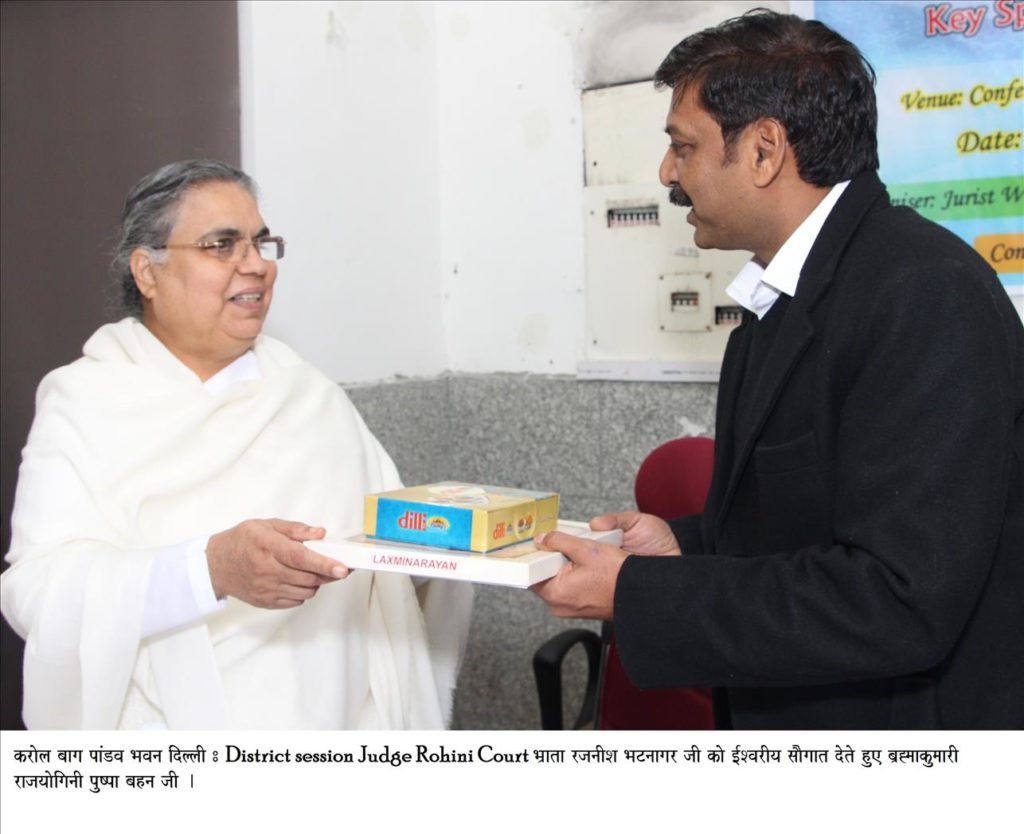 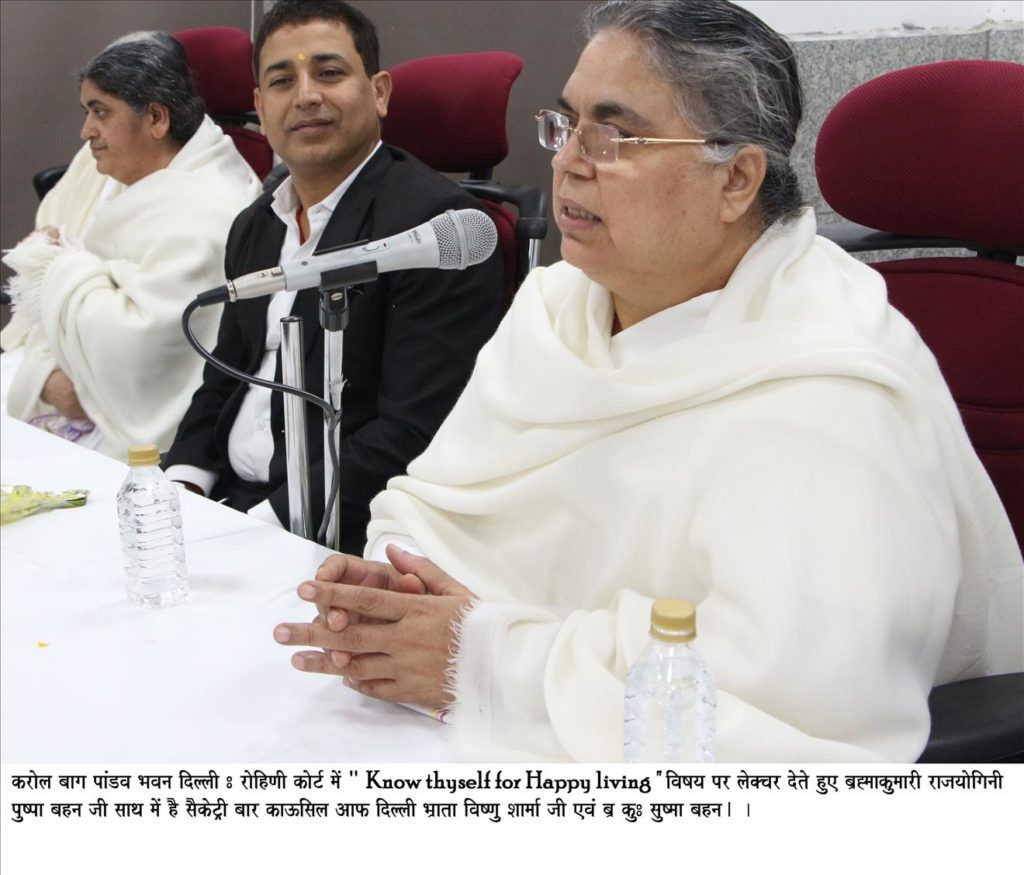 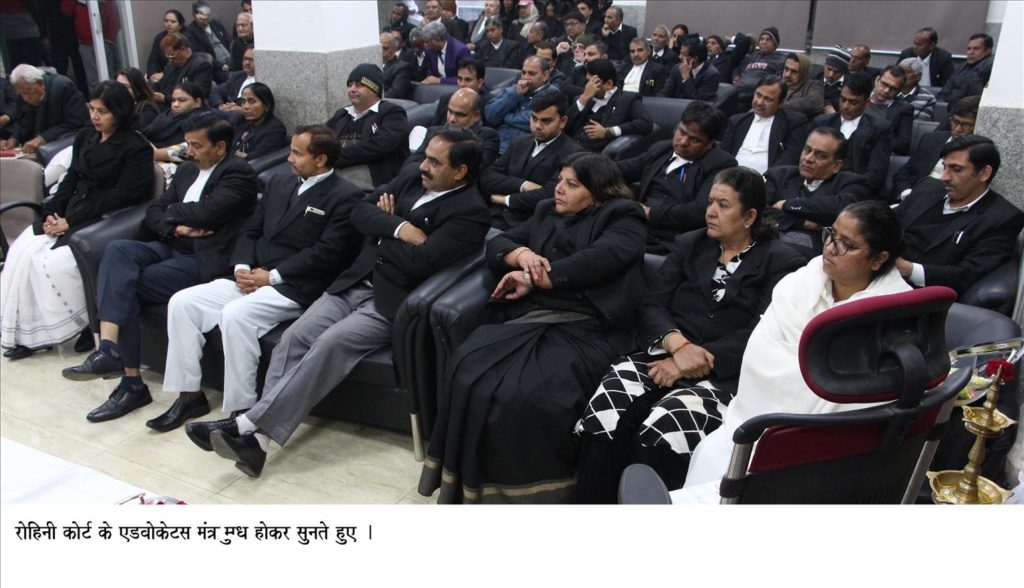