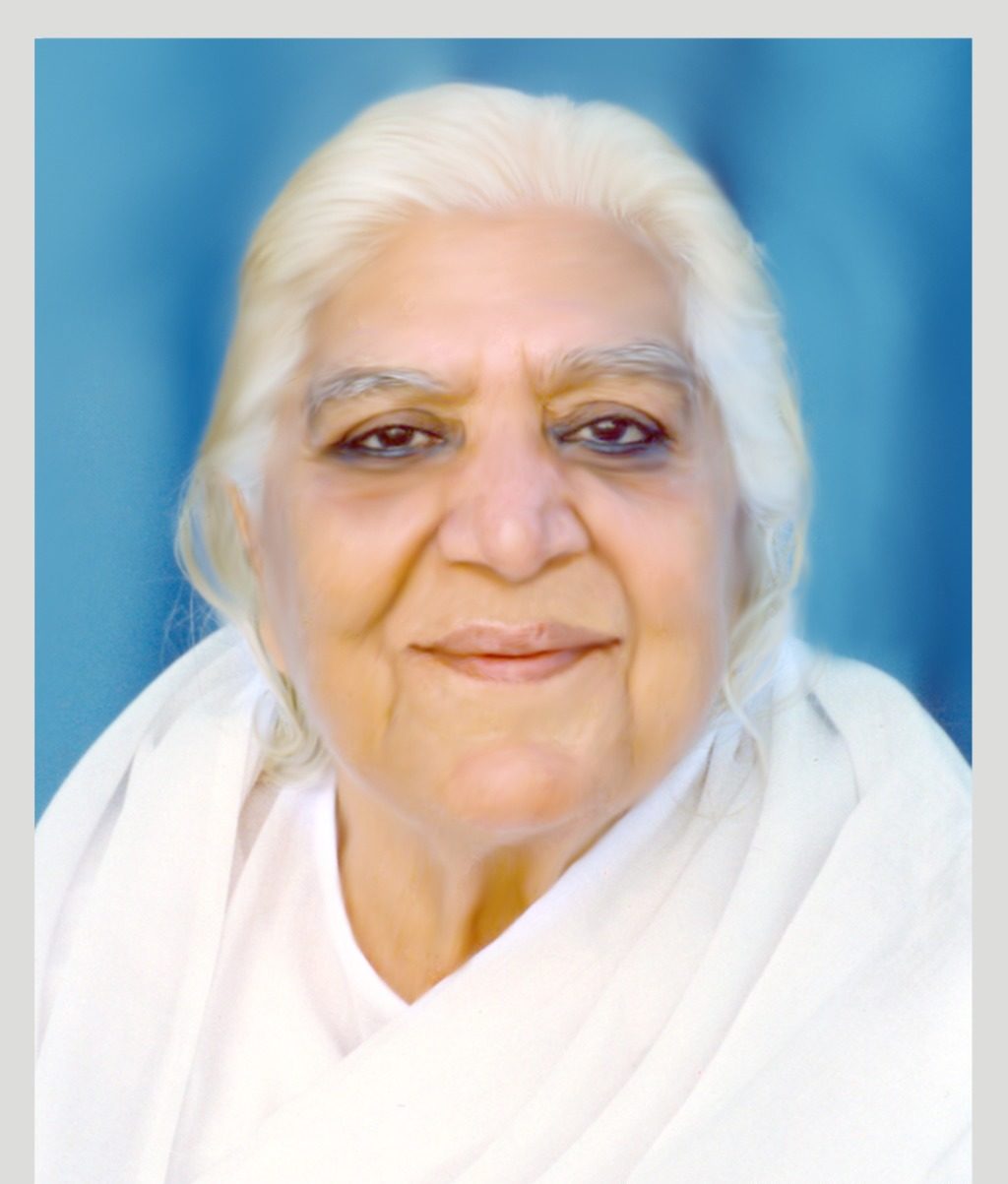 Dadi Hridayapushpa was one of the jewels of the Brahma Kumaris who was responsible for spreading the light of divine knowledge in the south of India. She was lovingly called ‘Tikkan’ by everyone.  She fulfilled immense responsibilities for the Brahma Kumaris Organization while living in Bangalore,  Karnataka. She left her mortal coil on 15th July 1996, to become part of the subtle regions. She set up a Retreat Center and Spiritual Museum in Karnataka where she inspired many people to walk the spiritual path.

Born in Sindh, Hyderabad, her father’s name was Ratanchand Surtani and her mother’s name was Sita. Her father had a cloth shop in Colombo, Sri Lanka. She was one amongst nine children.  She was called ‘Tikkan,’ or unmoving, for her habit of sitting undisturbed in God contemplation since childhood.

Though averse to marriage, she was married at a normal age. She lost her husband within six months to illness and became a young widow. Drowned in sadness, she started following the deep spiritual urge within her. In these circumstances, she met Dada Lekhraj, the founder father of the Brahma Kumaris, and Om Radhe, his spiritual consort. This proved to be a turning point in her life. Dada Lekhraj gave her Divine knowledge.  Learning about Soul consciousness, Dadi Hridayapushpa forgot all her sadness and became light-hearted and joyful.  She became instrumental in bringing the benefits of Divine knowledge to both her parents, leading to an end of all their sorrows. After listening to Dada Lekhraj, her father turned vegetarian, teetotaler and staunch follower of the Brahma Kumaris.

From here onwards, Dadi Hridayapushpa practiced spiritual discipline and service in the company of Dada Lekhraj (Brahma Baba). She had immense faith and dedication towards him. She radiated the power of Yogic joy and concentration.  She was an example of Divine personality giving love and peace to all.