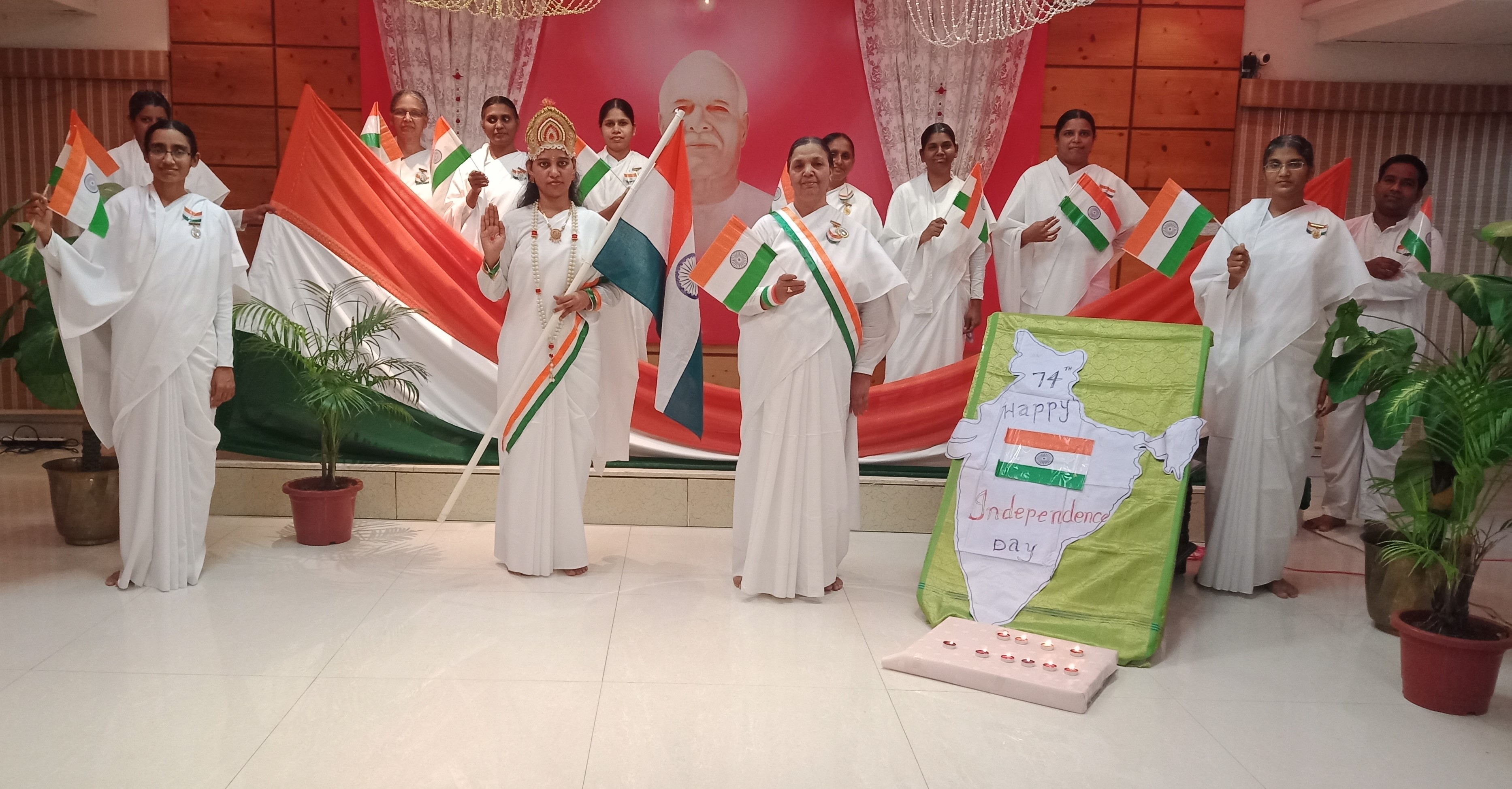 Serving whole Bharat through the mind :  Bharat was divided into 6 regions as East, West, North, South, Central, and North East. States in each of these regions were given sakaash (peaceful vibrations of light and might) for 5 minutes each.

A Speech on real freedom from vices was given by BK Muthumani, In-Charge, of Brahma Kumaris in Adyar, Chennai. She said that real freedom is to be free from ravan rajya (ravan’s kingdom), the 5 vices. Then only the real Ram Rajya (Ram’s kingdom) as dreamt by Bapuji will usher in Bharat. Bharat was like a golden sparrow once upon a time and soon will become the same. We have to work on bringing in divine virtues / qualities to go to the deity world filled with purity, peace and prosperity.