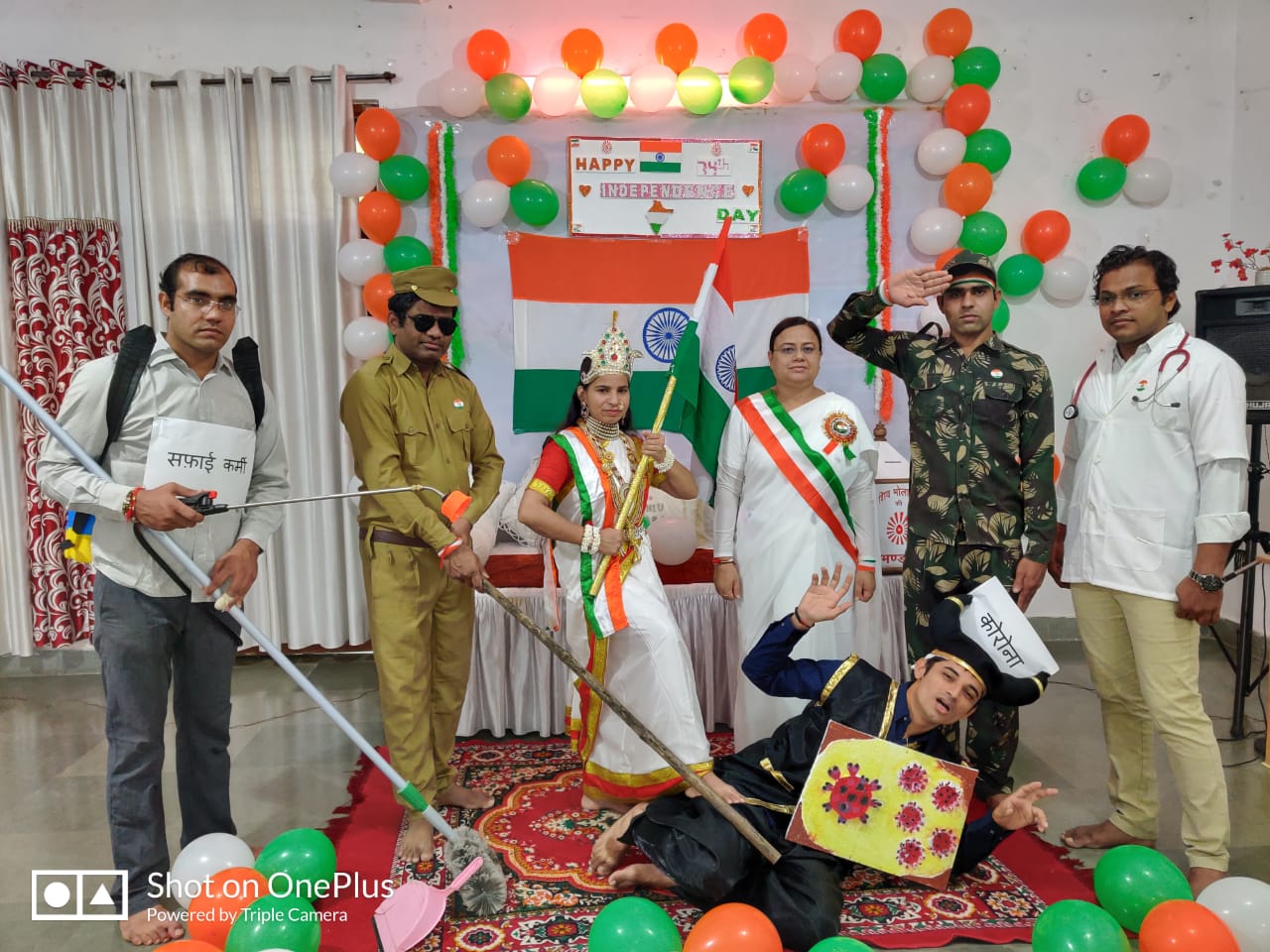 Bhopal ( Madhya Pradesh ): Indian National Flag hoisting was done at the Rohit Nagar Centre, on Independence Day and a small and educative playlet on “Fighting And Defeating Corona”, was presented by the inmates of Rohit Nagar and Danish Nagar BK Centres. BK Kunti as Bharat Mata (Mother India), BK Rahul as Corona Virus, as Warriors fighting with Corona BK Gautam as Doctor, BK Rucha as Nurse, BK Satish as Municipal Health Worker, BK Ravendra as a Policeman and BK Rambabu as a Soldier enacted very impressively.

On this occasion BK Dr. Rina said, “India is the Mother Land of Noble and Courageous Sons in the past. Even now present Virus of Corona will get destroyed fully only by the Power of Mother India”. She said, “In order to wipe out the Corona Virus totally we have to empower ourselves by Spiritual Knowledge, Divine Virtues and Soul Powers“.

On Independence Day, tricoloured National Flag was hoisted by BK Dr. Rina and while BK Rambabu rendered the National Song, others paid their homage by saluting under the Flag. BK Rina then said, “The 15th August is a Great Festival Day for all Indians to rejoice with great Ferver and Pride. Today we remember the Sacrifices of Brave and Valorous Co-Indians who laid their lives for Freedom from the slavery of British Rulers, due to which we are able to take a fresh breath of Independence”. But she said, “We can enjoy real Freedom only when we kill all those Vices that are controlling our lives and we become Viceless“.

BK Rina said, “The 3 Colours of National Flag carry significant messages for the Countrymen. Red stands for ancient Indian Wisdom and Sacrifice. The White is for Purity and Sanctity and the Green indicates Mutual Love and Harmony, Peace and Plenty of Cultivation. It expresses Values Based Lifestyle of Indians”.

She said that Mahatma Gandhi Bapuji (Father of the Nation) also cherished to establish Ramarajya in Bharat. He stood fast against the Britishers with the Power of Truth, Non Violence and Love. Whole Indian population got inspired and stood with him and achieved the Freedom. Since then India progressed remarkably in the fields of Education, Farming, Industry, Scientific research and Technology but Ramarajya could not be established. That is why God (Father of the Universe), in 1936, Himself has descended into his Corporeal Medium, Prajapita Brahma, and transforming Vicious World into Heaven (Ramarajya) by imparting Spiritual Knowledge to make us truly independent of our inner Vices.

She further said, “Along with the National Development we find that Corruption and Crime rate is also going high in the country, women in society are ill treated. This is because we are still slaves of Vices. We must now cut the shackles of its bondages then only we can claim to have gained total Independence. 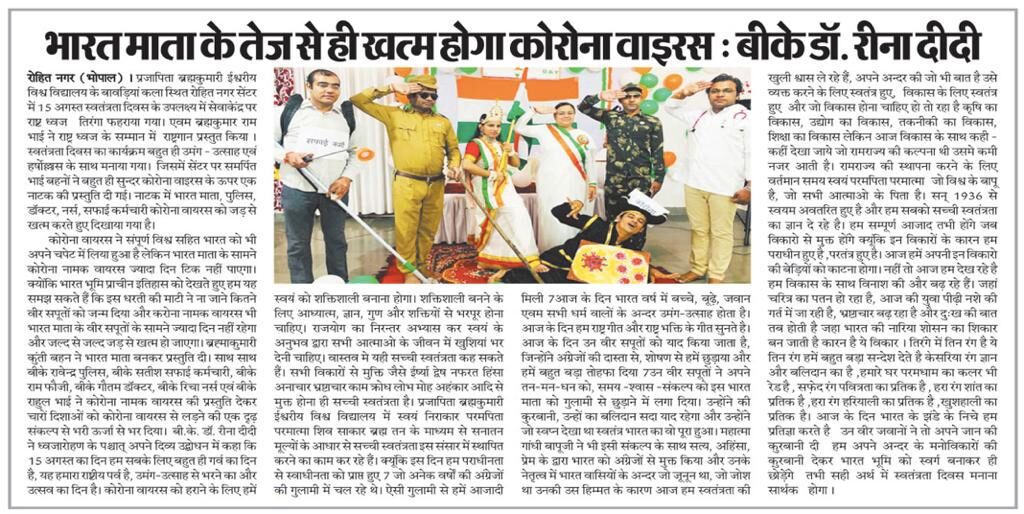 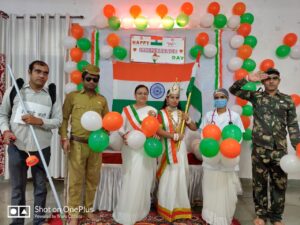 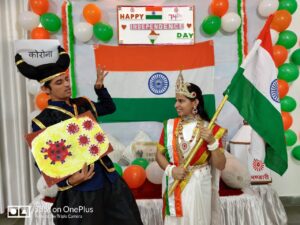 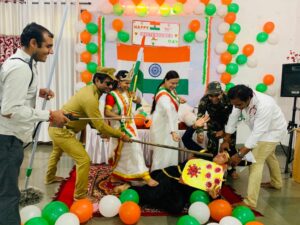 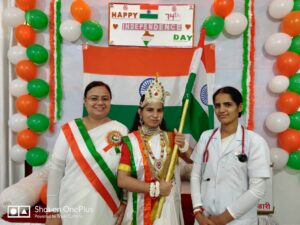 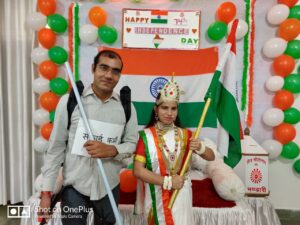