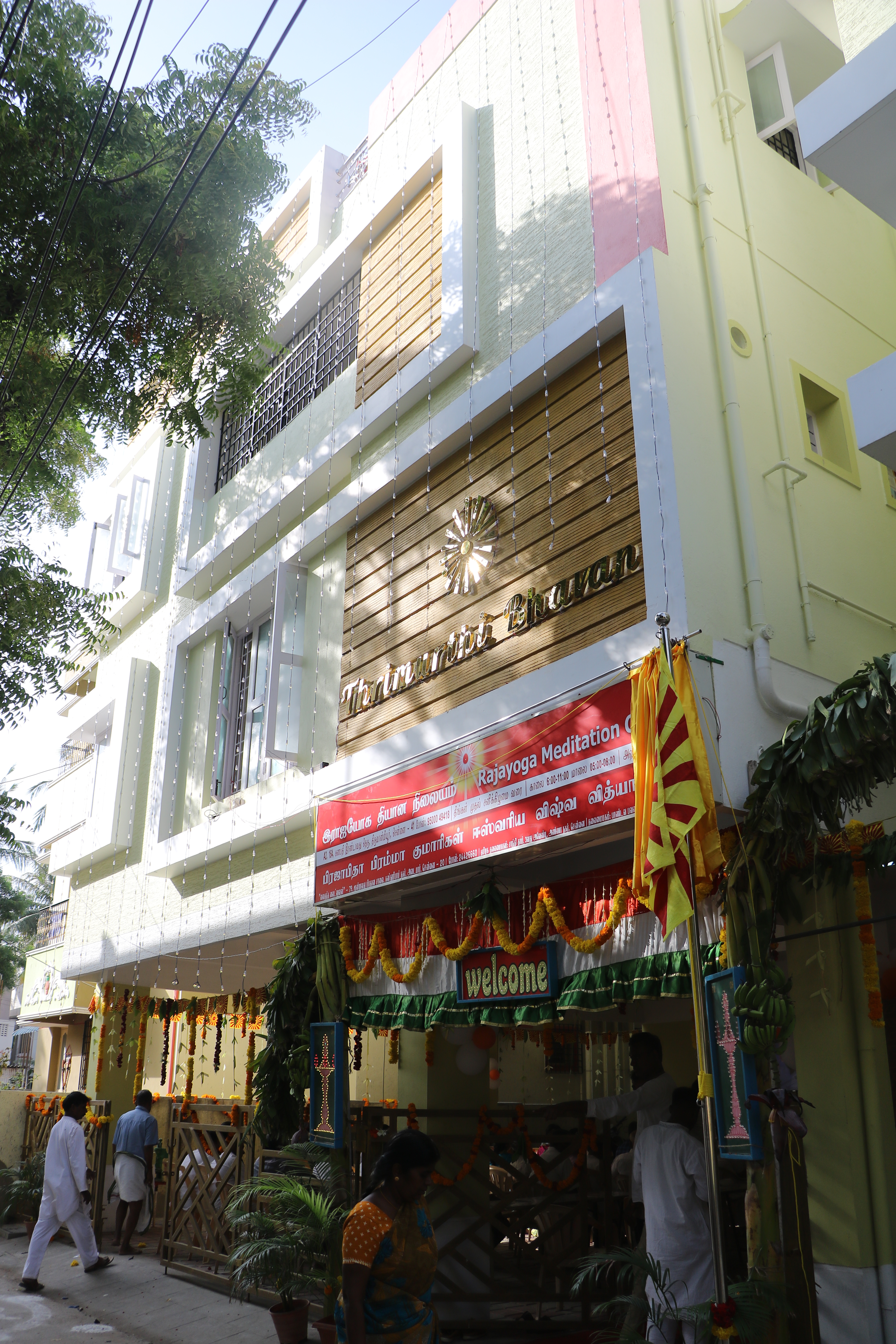 Thiruvanmiyur is known for its rich heritage with the “Marundeeswarar Temple” and the “Kalakshetra Foundation,” an arts and cultural academy dedicated for India’s traditional art of Bharatnatyam .

The memorable moments of the celebrations started with a Flag hoisting, followed by the lighting ceremony giving good wishes for the people in the area of Thiruvanmiyur.

The new building located on the first floor was dedicated to world spiritual service with a ribbon cutting.

Senior Sister BK Kalavathy shared her blessings for the new building and expressed her good wish that many new people will be benefited through this.

BK Muthumani said that it is God’s inspiration and full support that this Thrimurthi Bhawan has become a reality today.

BK Beena gave the blessing that we should thank God and drama wholeheartedly for making this dream come true.

It was wonderful to see that many new people of the locality took part in the celebrations and received the Godly message. The celebrations concluded with cake cutting and Godly gifts to the BK family. 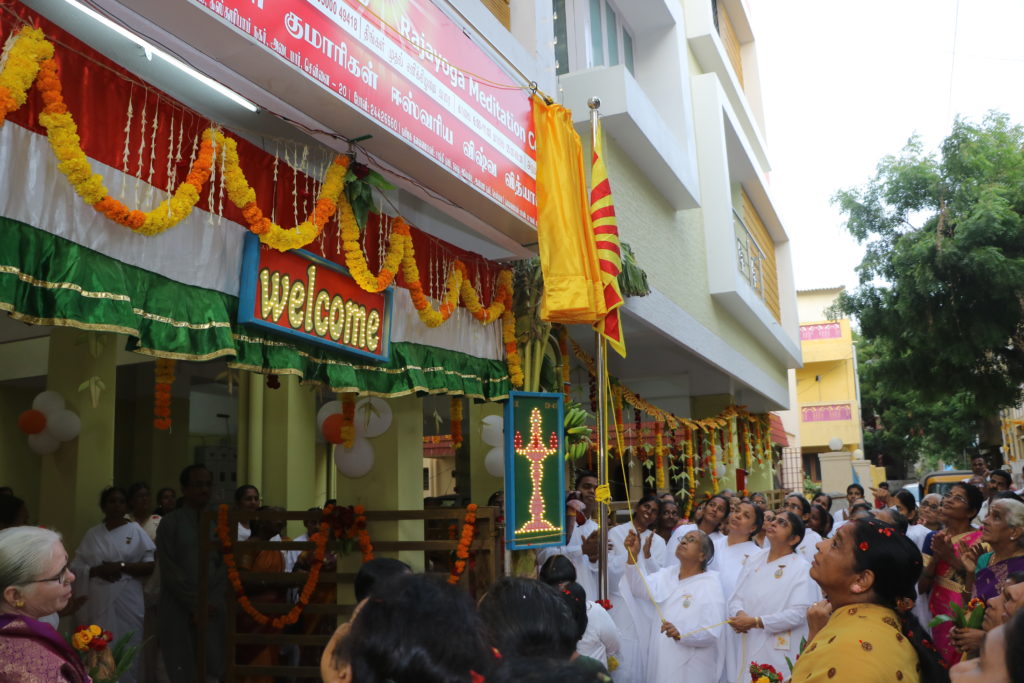 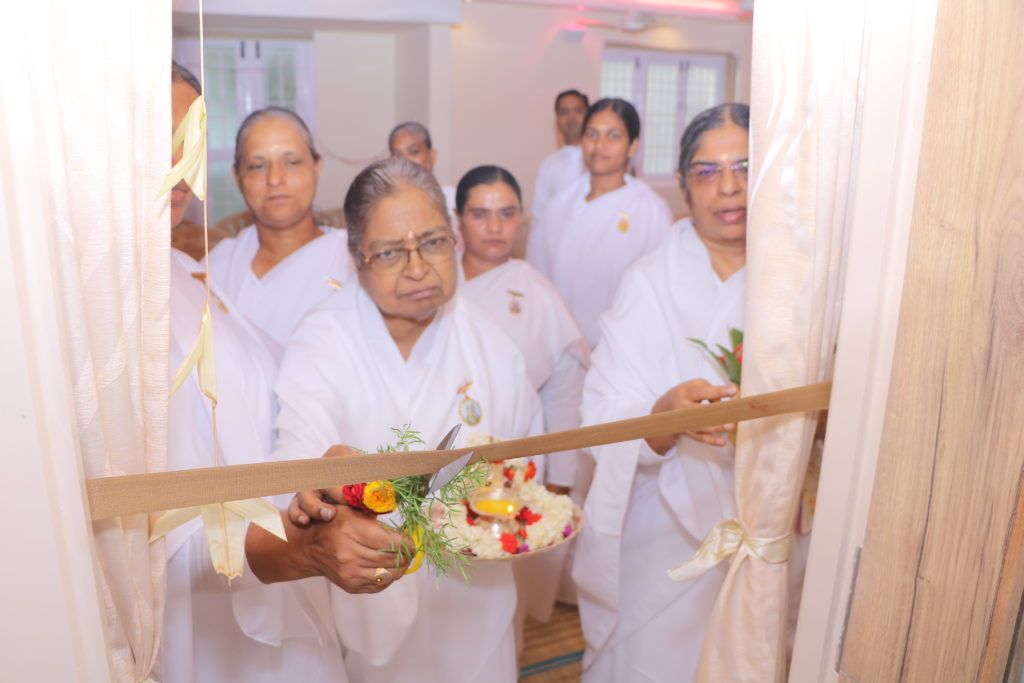 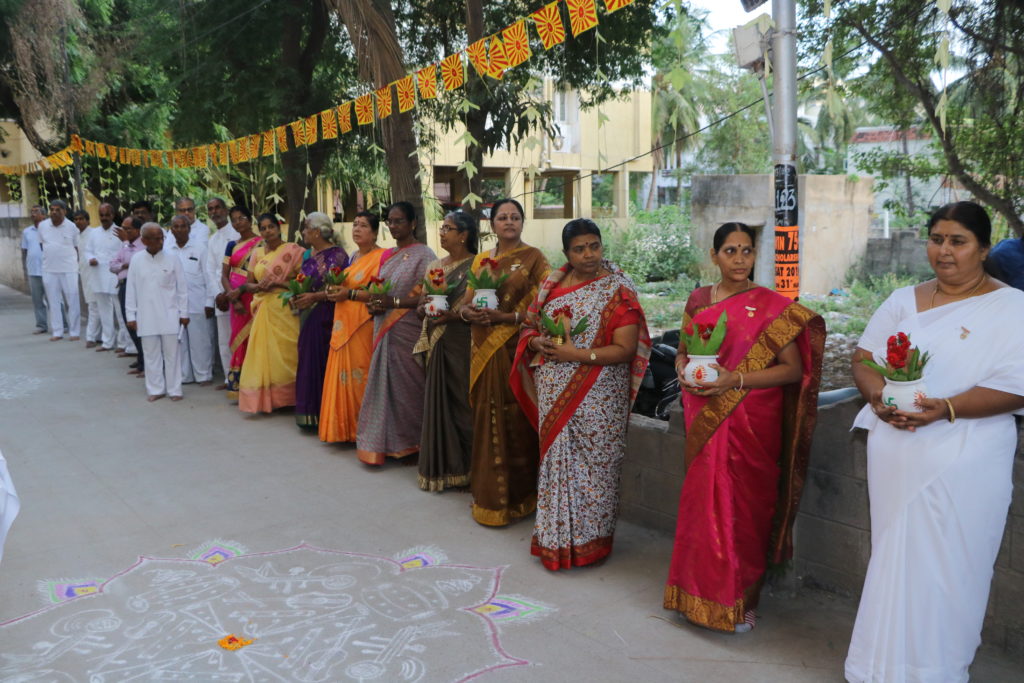 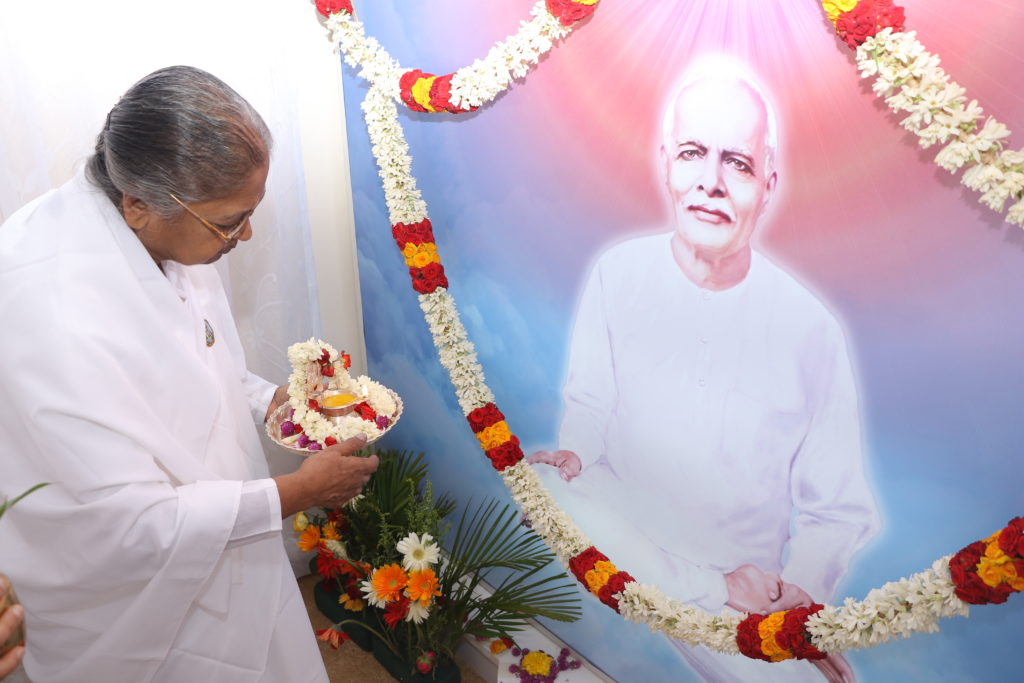 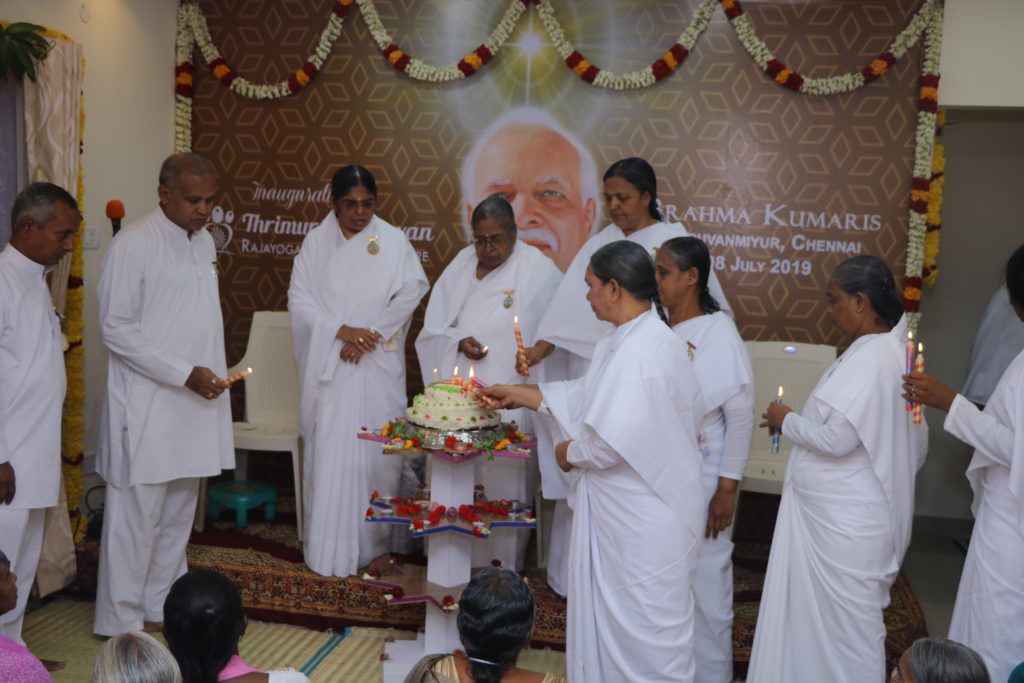 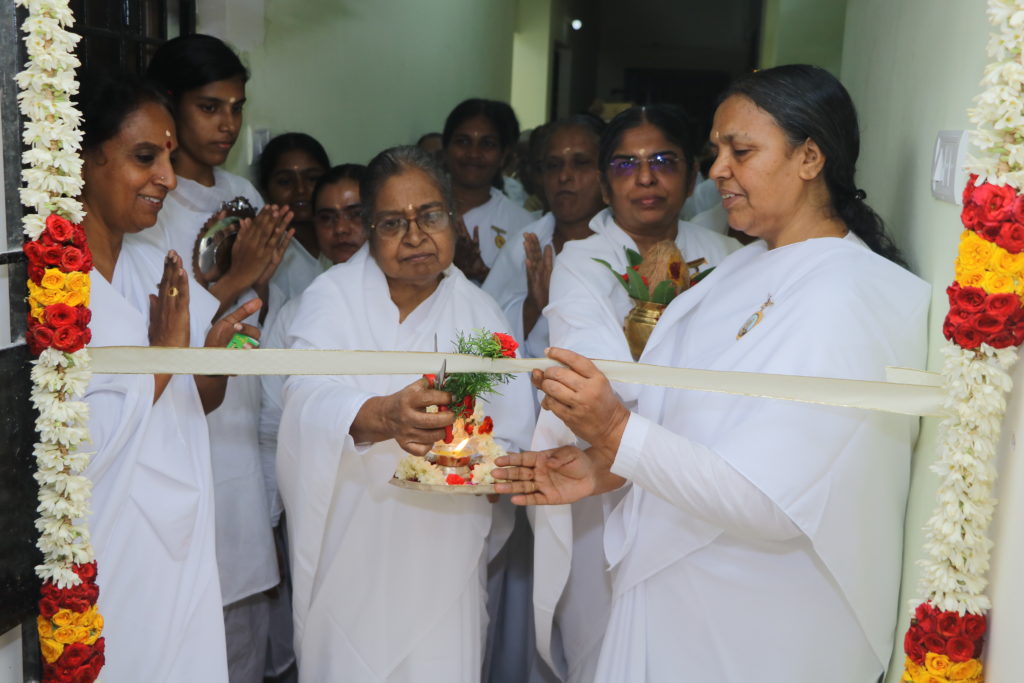 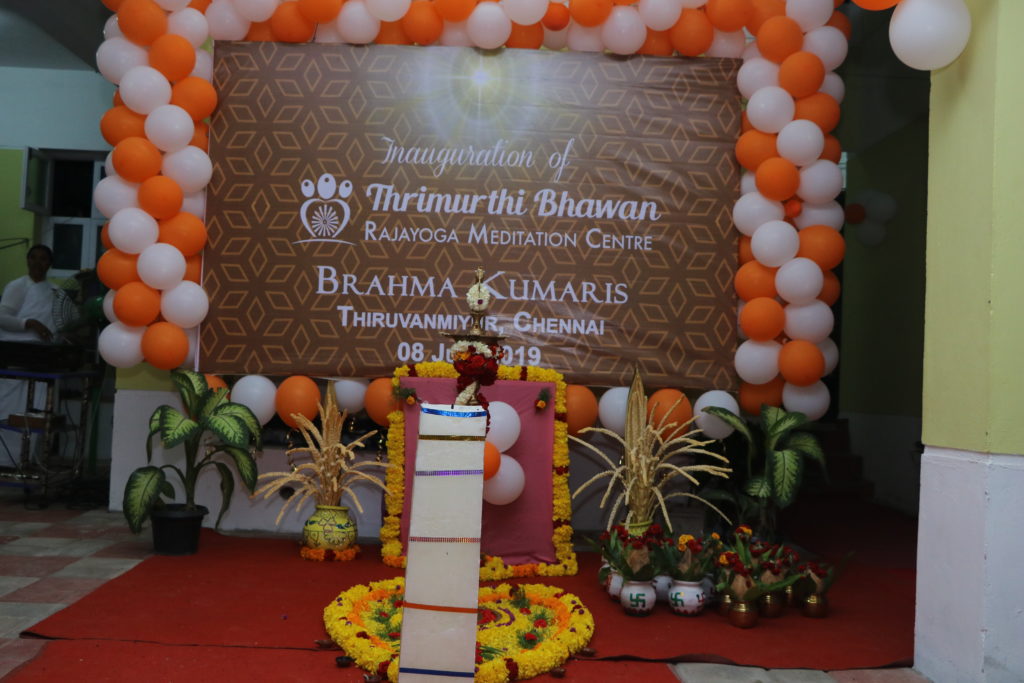