Health and Happiness for All: Public Event to Mark 50 Years of Brahma Kumaris Service in Chandigarh

Chandigarh (Punjab): Smart cities with old-age homes is not happiness, said Chandigarh Mayor Davesh Moudgil at a function of the Brahma Kumaris on ‘Health and Happiness for all’ to mark 50 years of the organisation offering its services in the city. Delegates from Japan, Trinidad and Malaysia gifted the city residents with some pointers on living a happy and healthy life.

Chandigarh Mayor Davesh Moudgil led the city in hosting a program entitled ‘Health and Happiness for All’ organised by the Brahma Kumaris, an education and social service organisation in the city.

Brahma Kumaris, as the organisation, is widely known for having recently completed 50 years of service in the city. The function was organized to celebrate that achievement with Dadi RatanMohiniJi, Joint Chief of the Brahma Kumaris, from the headquarters based in Mount Abu, serving as the key personage of the seminar.

Addressing a packed gathering at the Tagore Theatre, the Mayor said that “Everyone has the right energy. It is only a matter of guiding it onto the right path.” He said that he takes pride in welcoming all to the function of the Brahma Kumaris. “They are spreading positivity all around.”

He added that, as we move towards being a smart city, it is important that we realize that happiness lies in being true to our culture as well. We must ensure that we do not have old-age homes in the smart city that we ultimately live in. Tolerance is a key quality to be happy.

Opening the session, stage moderator BK Anita welcomed the dignitaries onto the stage and said that Rajyoga — which is what we teach at the Brahma Kumaris — means being your own master and learning tolerance and respect for others. There are 25 thousand families who are followers (students) of the Brahma Kumaris in the tricity itself.

Dadi Ratan Mohini, in her address, said that contentment and giving space in your heart and soul to God is the key to happiness.

Northern Zone region Chief Amir Chand said to the gathering that in the materialistic world of today, we hear of the wealthy committing suicide. We need to realize the importance of character; the way it dictates our happiness is fundamental.

BK Meera from Malaysia said that health is not only physical, but the World Health Organisation (WHO) defines it as mental, social and spiritual health as well. She added that if we can invest the wealth of time into mental, social and spiritual health, we will always be happy and achieve the ideal health and life as we all desire. Elaborating on the five pointers for attaining these, she added that there are five mantras. They are positive thought, learning meditation, contentment, truthfulness and avoiding fear.

Among others present at the occasion were TC Gupta, Additional Chief Secretary, Skill Development and Industrial Training, Haryana; Former Justice AN Jindal, Punjab and Haryana High Court; and Justice Daya Chaudhary of the High Court. 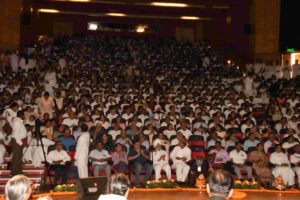 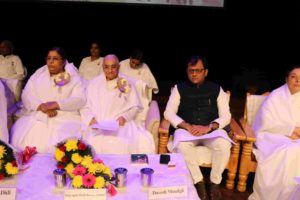 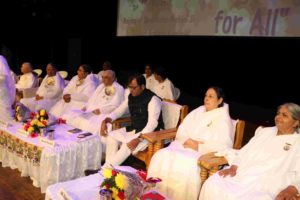 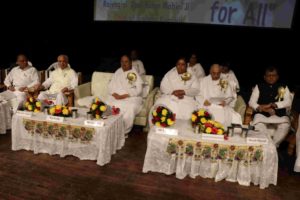 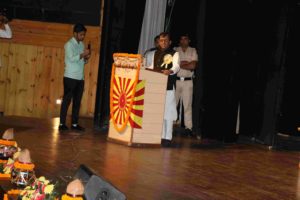 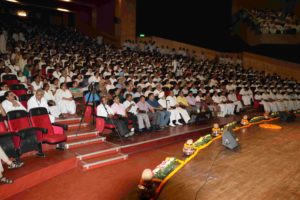