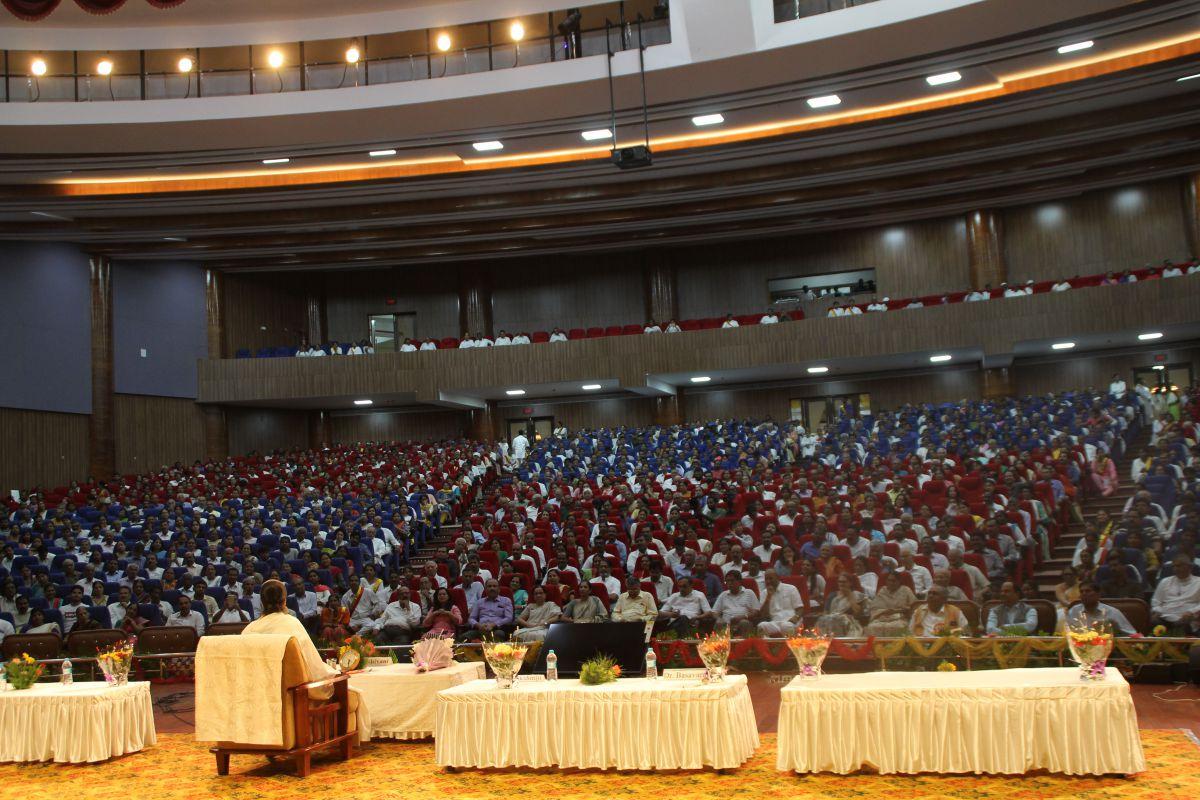 Mysore (Karnataka): “We are born to be happy always. Happiness is in our thought process, and not in acquisitions. The more we let go of our negative tendencies like anger and jealousy, the happier we would be. For this to happen we must be watchful of the thoughts that we ourselves create,” said sister BK Shivani, TV icon and motivational speaker of international repute, in Mysore.

She was speaking in a program arranged for special invitees at Karnataka State Open University Convocation Hall, Mysore, on the subject “Password for Happy Living.” She said that we are under the influence of our acquired sanskars which we have obtained from our birth, our parents, the environment, and habits. These sanskars have led us to believe that there is more sorrow than happiness in our individual lives. Since we have forgotten our original sanskars of Purity, Peace, Knowledge, Happiness, Love, Bliss and Powers, we are unable to experience happiness every moment. If we can awaken these sanskars through the power of meditation, we can easily overcome the hurdles and barriers and be in a state of bliss always. Therefore, to awaken ourselves to this realty, we must learn the RajaYoga Meditation technique taught at Brahma Kumari Centres.

Sister Shivani also said that watching the quality of our thoughts for one minute every hour is a habit when practiced would give reins to keep in check negative and wasteful thoughts. This process would slow down the pace of thinking and create space for silence. Thinking too much is a habit to be shunned as it is the culprit for not earning happy moments.

The program was inaugurated by BK Karuna Bhai, Chairperson of the Media Wing, Brahma Kumaris, Mount Abu. In his inaugural address BK Karuna pleaded that for Kaliyug (Iron Age) to give way to SatYug (Golden Age), the mindset of people should reflect pure, positive and powerful thoughts. For this to happen, God himself has arrived in Bharat to educate humanity which will facilitate the needed change to occur in the minds of the people first. This change will manifest itself in the Nature later and in the world in general.

Dr. B. Basavaraj, Transport Secretary of the Government of Karnataka, was the Chief guest in the inaugural session. He said that he has been influenced by the teachings of the Brahma Kumaris for many years. By bringing these teachings into practice, it has been possible for him to be calm under all circumstances. He said that he practices meditation every day and this habit of observing the quality of thoughts has empowered him to take quick and accurate decisions in his profession of administration.

Dr. M. R. Ravi, Commissioner of Textiles, Government of Karnataka, attended the program as the Guest of Honor. He recalled his visit to Mount Abu recently and said that good practices in life can bring good results. Sometimes, when we encounter challenging situations, a cool attitude will bring the desired change in the outcome. Life itself is a great teacher and the teachings of the Brahma Kumaris can make our lives great.

Prof. G. Hemantha Kumar, Vice Chancellor of the University of Mysore, appreciated the role of institutions such as the Brahma Kumaris in creating a better society. He said that he has been observing the activities of the organization for a long time and has a great regard for the sisters who are ably running the institution. He expressed his intention of bringing the teachings of the Brahma Kumaris into the lives of Youth which will go a long way in harnessing the power of youth in activities of construction. In this direction, he said that he would create a new department of Yogic Sciences in the University and would like to utilize the services of Brahma Kumari sisters in teaching RajaYoga to the student community.

Dr. BK Mohit Gupta, Professor of Cardiac Surgery in GB Pant Hospital, Delhi, greeted the delegates and congratulated them for the interest shown by them in participating in this special program. He urged them to learn RajaYoga meditation so that happy living can be a reality come true for them.

BK Lakshmi, Chief Coordinator of the Brahma Kumaris, Mysore Sub Zone, thanked the guests of the inaugural program and gave gifts and mementos to them. 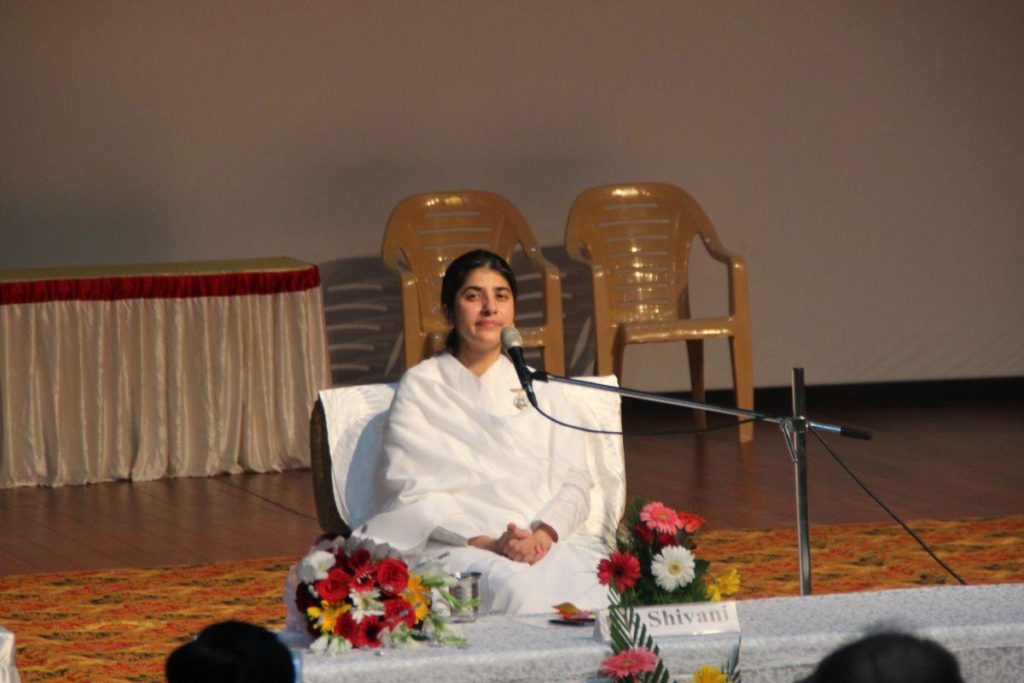 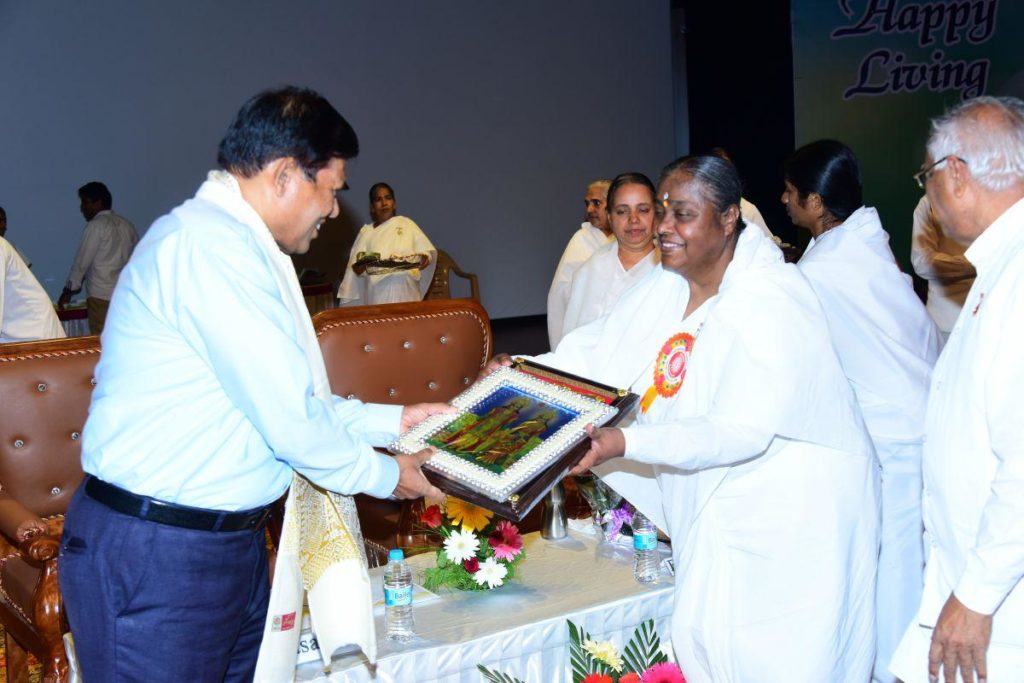 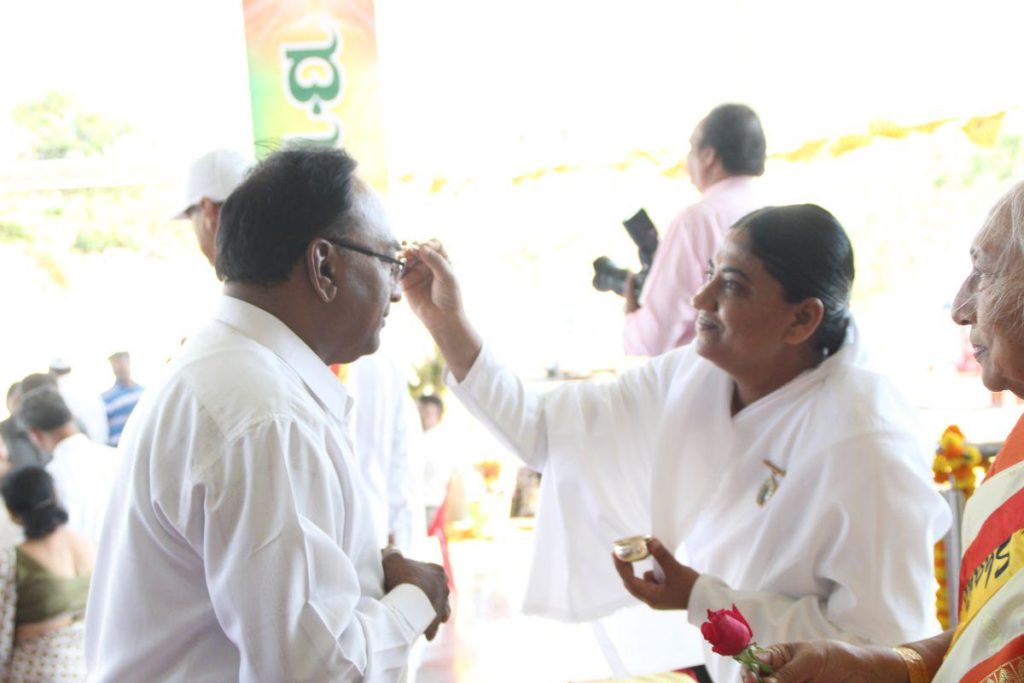 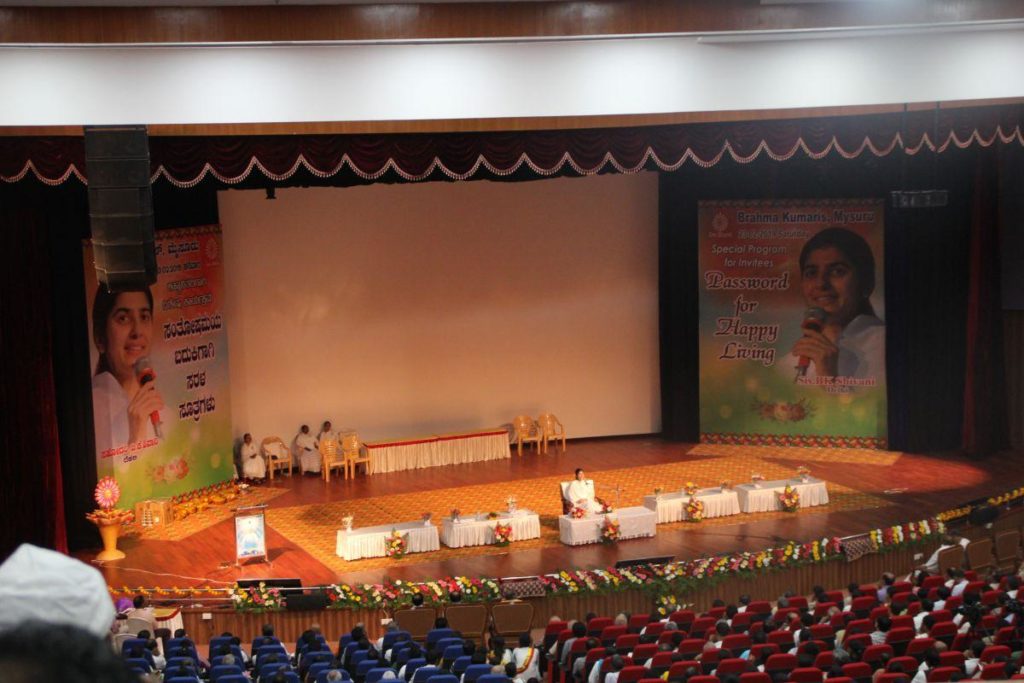