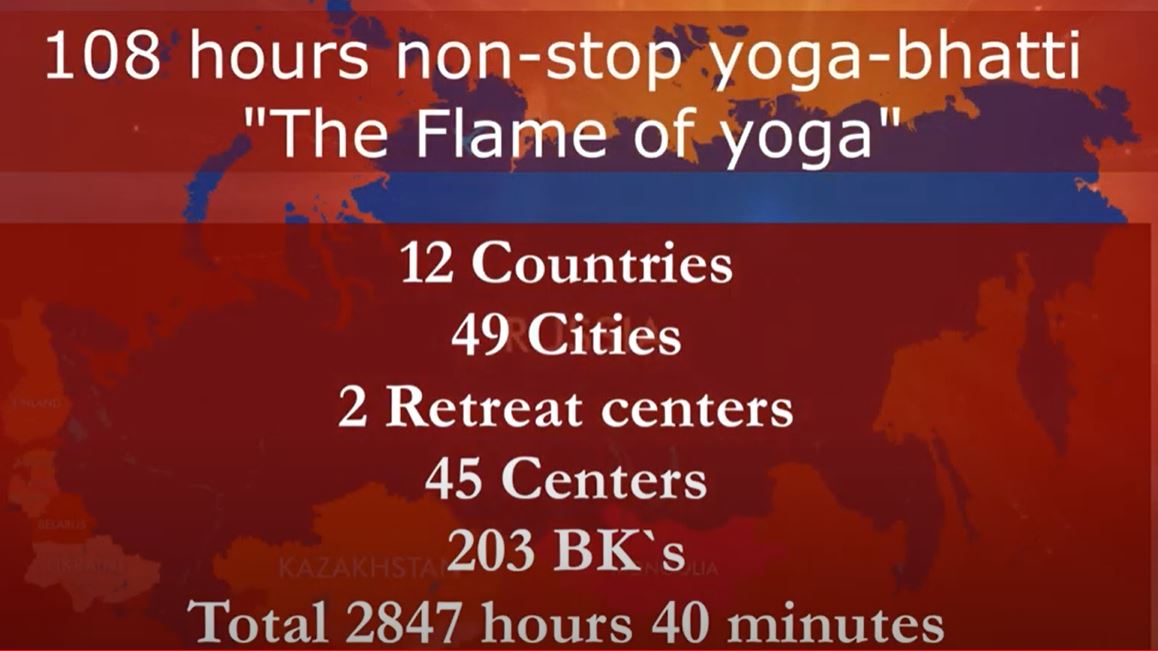 Moscow ( Russia ): From August 27 to 31, 2020, in the region from the Far East to the Baltics, a 108-hour relay-bhatti (intense meditation) Flame of Yoga was held for the coordinators of the BK centers in order to strengthen overall yoga and accumulate additional hours of remembrance.

The program was open to all interested BKs. All were united by one thought to get closer to God.

To keep the yoga flame burning continuously for 108 hours, they  passed on the ‘baton’ of yoga from center to center throughout eight time zones, from Vladivostok city on the shores of the Sea of Japan to Kaliningrad which is situated on the Baltic coast. All the centers in each time zone conducted deep yoga programs three times a day during 4 to 5 days to ensure continuity of the bhatti. Every day there was an online combined meditation hour with BK Sudha.

To create an atmosphere of the flame of yoga, each center lit a candle as a symbol of taking the baton of yoga during their hours of meditation.

This time was used to intensify personal effort, and each participant could accumulate as many hours of remembrance during the relay-bhatti as they wished.

Calculated results at the end of the relay,:

The Flame of Yoga Initiative was attended by:

During 108 hours of the bhatti, together, they accumulated 2,848 hours of yoga.