Empowerment of Farmers Shall Empower the Nation 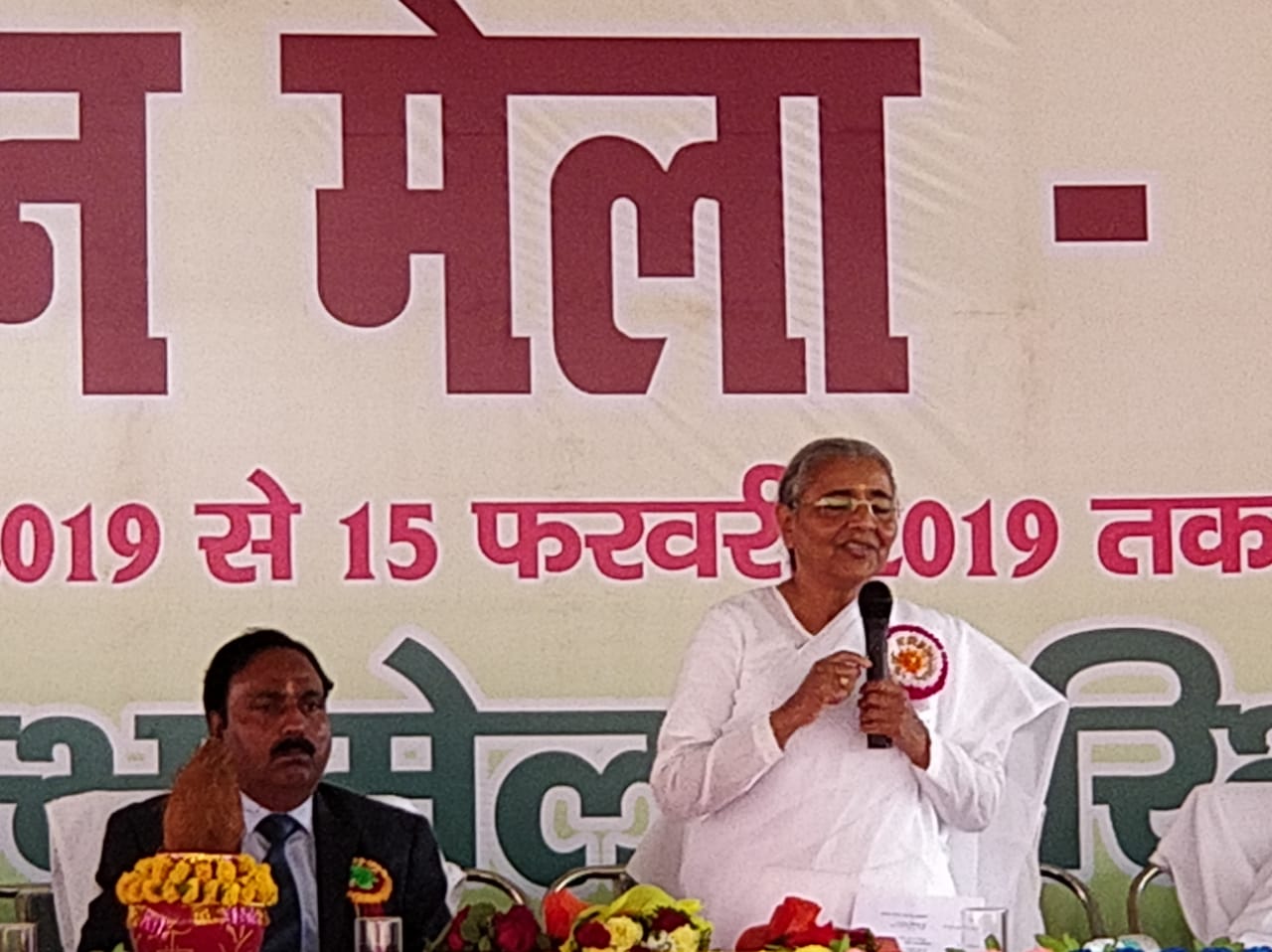 Prayagraj, Uttar Pradesh: The Agriculture Department of Uttar Pradesh organized a 16-day Farmers’ fair during the Kumbha Fair at Prayagraj. The 2nd day was dedicated to discussing Shashwat Yogic Kheti (Ancient Organic Yogic Farming System) developed by the Agriculture and Rural Development wing, of the RajYoga Education and Research Foundation of the Brahma Kumaris (RERF).

The guests on the stage were welcomed with bouquets and badges. All guests performed a candle lighting to inaugurate the day.

BK Sarla from Gujarat was the keynote speaker. In her address, she talked about the innovative techniques of agriculture being used under Yogic Farming by the application of Rajayoga. She quoted Mahatma Gandhi, who said, “If we need to develop the nation, we need to work on development of farmers who constitute 70% of the population” and hence related the great need of empowerment of the farmers to build a strong nation. A farmer is the backbone of the nation. As per the survey carried out by the Rural Development wing of the Brahma Kumaris, it was found that poverty exists only in character. It was hence concluded that to empower the farmers we need to uplift their character. This shall make the country prosperous. The farmer is “next to God,” as he sustains the world. She elaborated how our changing attitudes affected by vices have affected the cultivation and the produce is no longer healthy. She explained the “Shashwat Yogic Farming system,” the system of cultivation which was used in ancient India by the sages.

BK Badri Vishal Tiwari, Assistant Director, Agriculture Department, in his enlightening address, shared his experience as a farmer himself for the last 50 years. He talked about the evolution of agriculture as he grew up, witnessing the different techniques of farming that were introduced over the last 50 years. He then related how he realized the power of ancient methods of cultivation when he got in touch with the Brahma Kumaris. His experiments with Yogic farming made him realize that the power of thoughts contributes to the health of grains. He said that he shared his experiences with the officials at the Agriculture department and the ideology was welcomed; the government is now encouraging the campaign of Yogic Farming. He also explained all the steps of Yogic farming and invited the farmers to experiment with it and see the difference in produce and cost effectiveness. He also shared some plans implemented by the government for the welfare of the farmers and a Mobile App, ‘UP Pardarshi Kisan,’ which is aimed at keeping the farmers well informed.

Vinod Kumar, Deputy Director, Agriculture Department, Prayagraj, talked about the government schemes being implemented through digital platform. He encouraged the farmers to take benefit from the various schemes by registering with the digital portal.

R.B. Singh, Joint Director, Agriculture Department, Prayagraj, appreciated the Yogic Farming methods and the efforts that the Brahma Kumaris have been making to empower the society through various practical applications of spirituality. He offered that another day should be dedicated during the fair to share the Yogic Farming Techniques with the farmers.

The program concluded with a guided meditation experience by BK Shraddha. 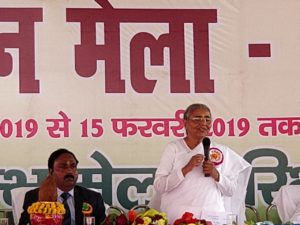 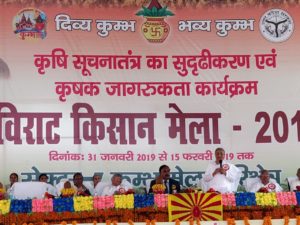 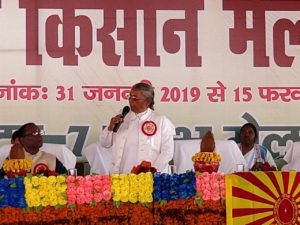 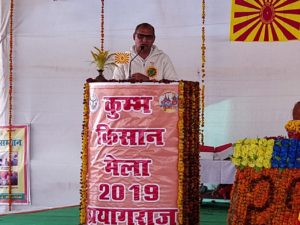 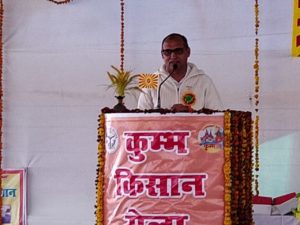 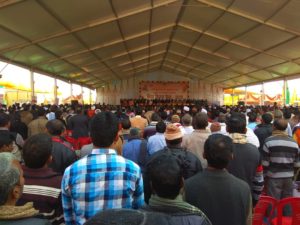 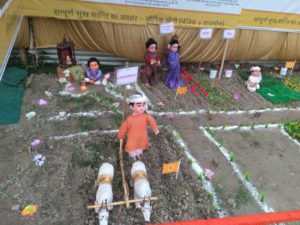 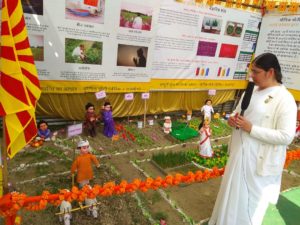