Mysore (Karnataka): The Security Services Wing of the Rajayoga Education and Research Foundation, Mount Abu, and Brahma Kumaris Mysore conducted an event for Security Forces at their Mysore centre.

“In recent times, people serving in security forces are undergoing more stressful situations than before and incidents of suicide have increased. Complications in human rapport may also be one of the reasons. Many negative emotional traits –such as anger, jealousy, depression and others — lead to mental fatigue and energy depletion. If one could prevent emergence of such situations in the mind, stability and concentration of the intellect is possible” opined Sqn Ldr Ashok Gaba (Retd), Chairperson of the Security Services Wing of the Rajyoga Education and Research Foundation, Mount Abu.
“If the people of our country are enjoying a good sleep every night, our security forces have to be commended for their unstinted commitment in guarding against both internal and external enemies. But they are at the same time suffering from mental tension, for which the basic remedy lies in correct and minimal thinking. The negative thoughts in the mind have to be rooted out and a positive outlook has to be practiced under all given situations,” he observed.

K. S. Kabbur, Divisional Security Commissioner of Railway Protection Force of South Western Railway, Mysore Division, participated as the Chief Guest and said that such seminars can enhance the efficiency of the officers and staff. Although many trainings are being arranged by the department, inner strength can only be developed by attending such programs.

Manjeet Kumar, Deputy Commandant of CISF, RBI, Mysore, commended the organizers for arranging such a training for security forces who are normally an ignored lot in our society. Mental stability is the prime factor in carrying out duties effectively and such soft skills can be developed during such trainings.

Delegates from the City Police, the City Armed Reserve, the Karnataka State Reserve Police, the Railway Protection Force and CISF attended the seminar. 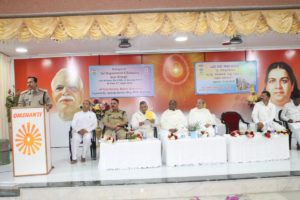 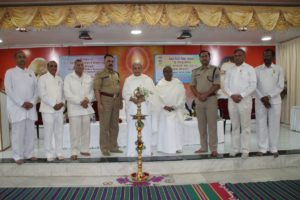 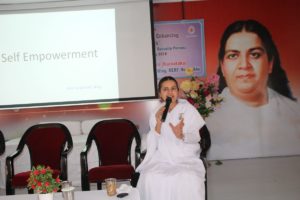 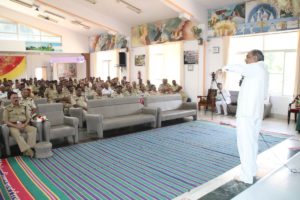 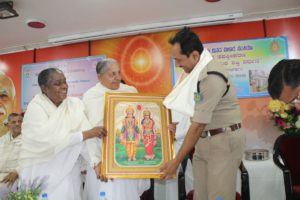 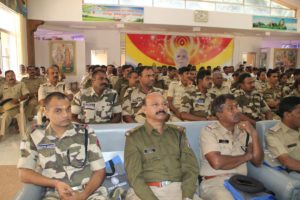 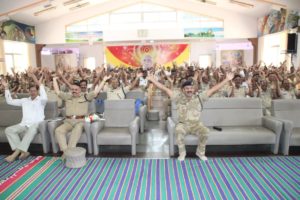 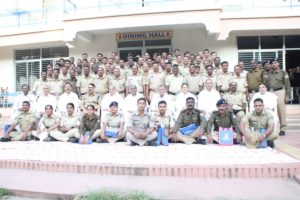