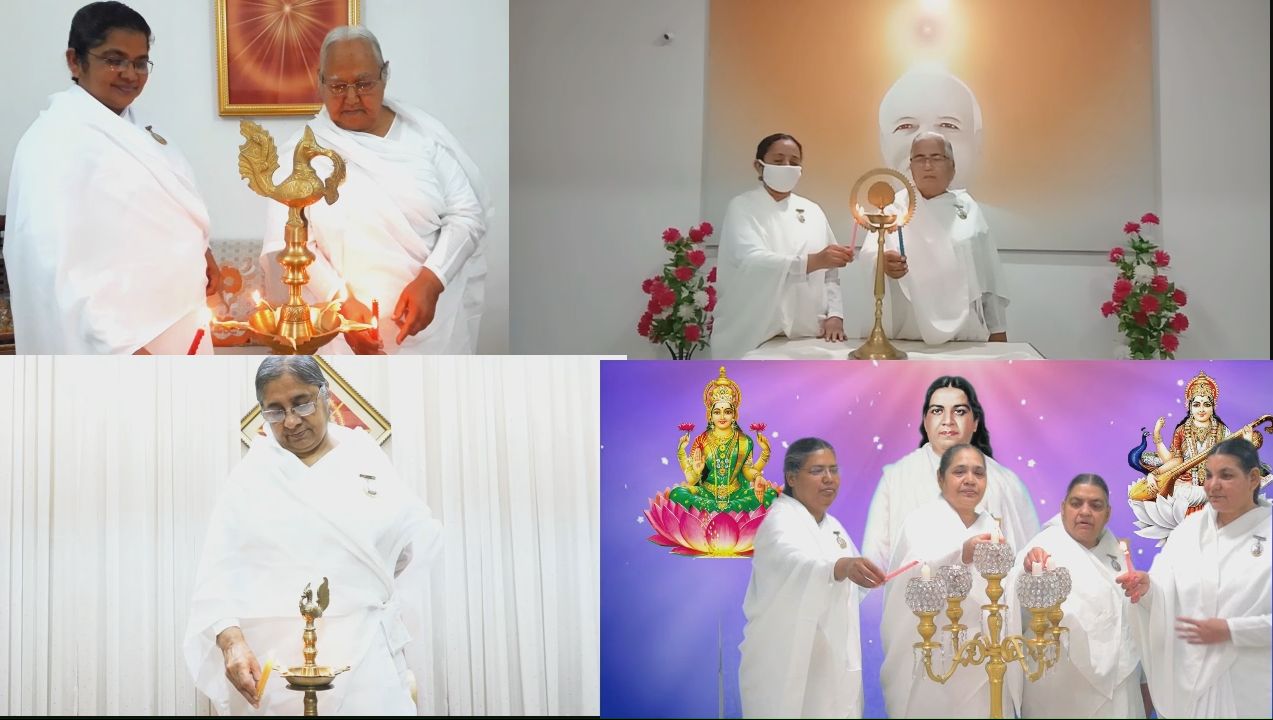 Shedding light on the spiritual significance of this festival, BK Chhaya, Incharge of Brahma Kumaris in the Rambagh area, said that Navratri means ending the darkness of ignorance with the Divine knowledge of the Real Self given by the Supreme Soul. Through a special session of Rajyoga Meditation with commentary,  introduction and experience of the nine forms of the goddess venerated in Navratri was given to the people.

BK Hemlata,  Incharge of Brahma Kumaris in the Indore Zone, said that the Supreme Soul gave the work of spreading the Godly knowledge to the feminine power. It made ordinary girls live goddesses by emerging the power of divinity in them. Such women are live examples of the same nine forms of Goddess being worshipped in Navratri.

BK Kamla, Incharge of Brahma Kumaris in Indore, said that one should try to fill one’s mind with positive thoughts through Rajayoga Meditation during Navratri. Real fasting means abstaining from negative tendencies and coming awake in reality refers to becoming Soul conscious.

In these eleven days, people will be given a special experience of the qualities of the nine goddesses of Navratri through Rajayoga Meditation.