Abu Road ( Rajasthan ): The Brahma Kumaris celebrated the Diamond Jubilee of Rajyogini BK Som of Ulhasnagar at Diamond Hall in Shantivan.  The occasion marked the completion of her 60 years in Godly services.

Dadi Ratanmohini, Chief of Brahma Kumaris, expressed her good wishes to all. She said that Ulhasnagar started its services in a small way, but has grown so well with the blessings of many Dadis. Today, we all must strive to make this atmosphere powerful with the power of silence.  BK Som is an obedient and large-hearted child of God. That day is not far when we will witness an ideal society established here.

Speaking on this occasion, BK Som said that all this appreciation coming her way is actually that of the Supreme Soul, who has found His children from all nooks and corners of the world, and brought them together in this spiritual field.  She thanked everyone at Shantivan for such a grand ceremony.  She said that she is grateful that God accepted her life as its own and made it a successful life.

BK Santosh,  Joint Chief of Brahma Kumaris, recalled the starting of Godly services at Ulhasnagar along with BK Som. It was not an easy journey, as the seed was nurtured with care and diligence by many people, especially seniors like Dadi Prakashmani and Dadi Janki, who served there as well. She thanked everyone who offered their services so far and reminded that much more needs to be done. So everyone must put all their focus in manifesting the Divine Will.

A 12-minute film on the life and services of BK Som was also shown.  BK Mruthyunjaya congratulated her and the BK family of Ulhasnagar on this auspicious occasion.  He felicitated her with a Memento and an appreciation letter.

BK Nirwair, Secretary General of Brahma Kumaris,  said that when Godly services proliferate and manifold at some place, it is due to the purity,  sacrifice and penance of the personality In-charge of that area. Credit for Ulhasnagar services goes to BK Som. He congratulated her on this occasion.

BK Brij Mohan, Additional Secretary General of Brahma Kumaris, said that BK Som justifies her name as she is indeed intoxicated with God’s love. With ease and quite naturally, she has inspired many others to follow this path.

BK Munni, Joint Chief of Brahma Kumaris, heartily congratulated BK Som on this auspicious occasion.  She said that BK Som is a tireless worker in the plan of the Supreme Soul.  Her dedication deserves appreciation from all. She wished her a long, healthy and prosperous life.

BK Dr. Nirmala, Director of Gyansarovar, also congratulated BK Som and the Brahma Kumaris family of Ulhasnagar.  She said that BK Som has made a good record for herself by serving the Sindhi community of Ulhasnagar.

A beautiful song by the Madhurvani Group and dance performance was also presented on this occasion.  The event closed with a candle lighting and cake cutting ceremony.

Rajyogini BK Som came in contact with Brahma Kumaris from Hoshiarpur in Punjab. She was born to spiritually inclined parents already following the teachings of Brahma Kumaris.  She served in Jaipur and Sion service centers along with Brijendra Dadi, who later made her In-charge of Godly Services in Ulhasnagar,  Thane district of Maharashtra.  She served the area with dedication and turned around the initial opposition of the Sindhi community to support with her sacrifice and purity of purpose.  Today, Ulhasnagar is an active center of Brahma Kumaris,  serving the area with spiritual knowledge and social services. 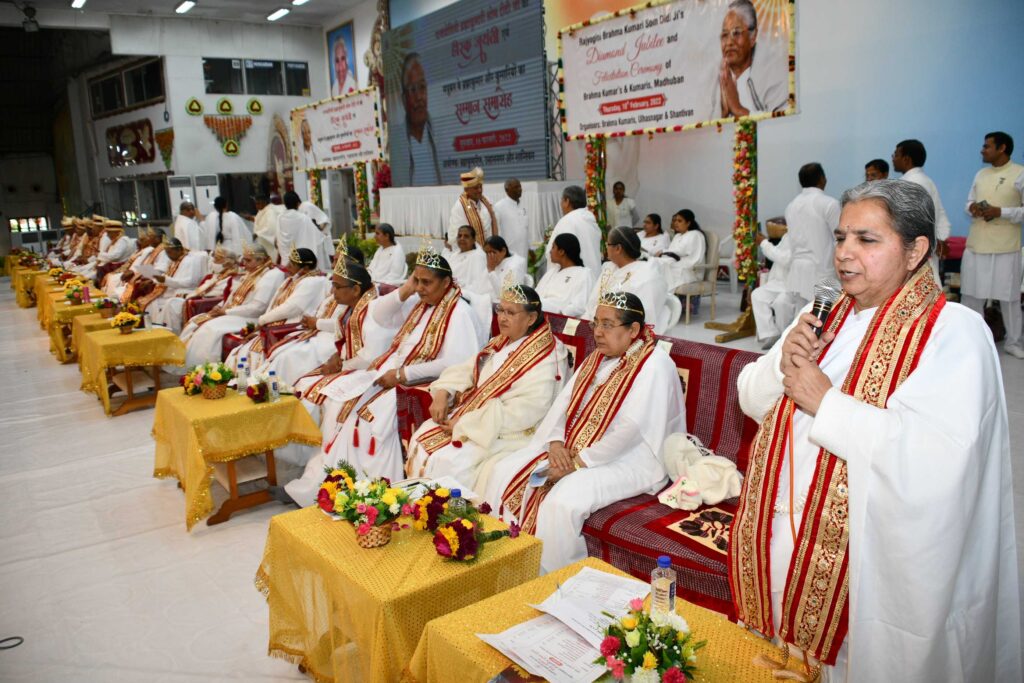 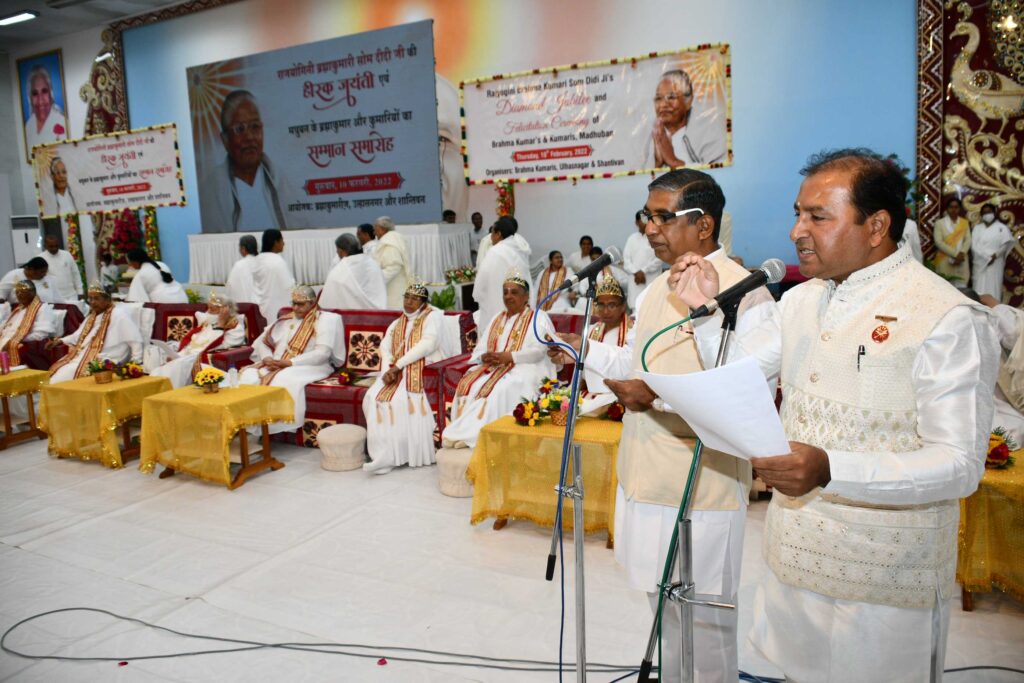 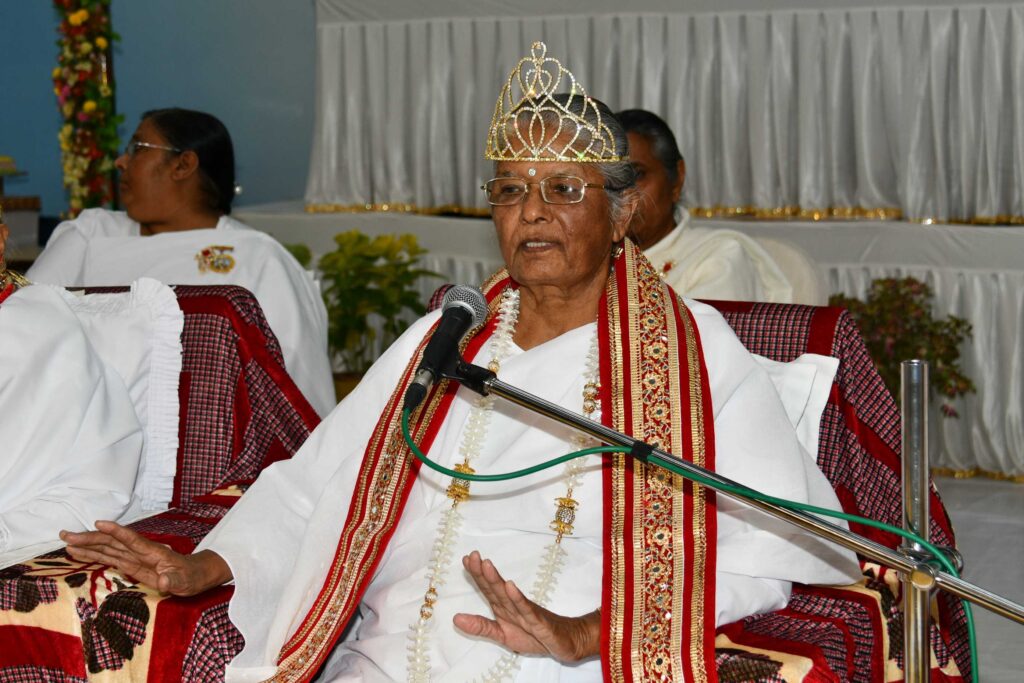 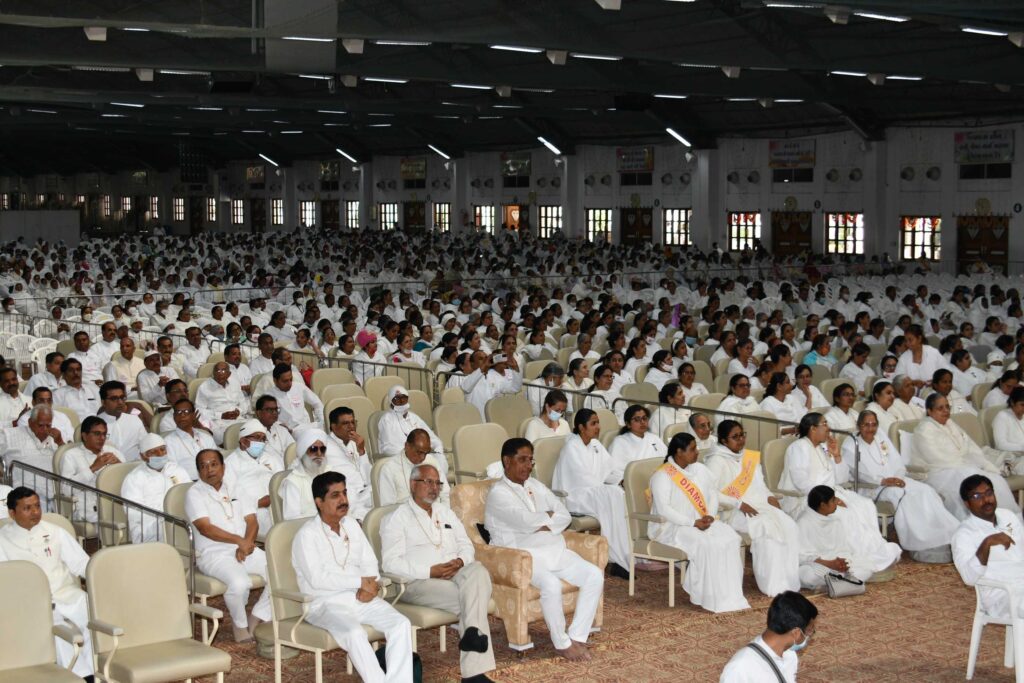 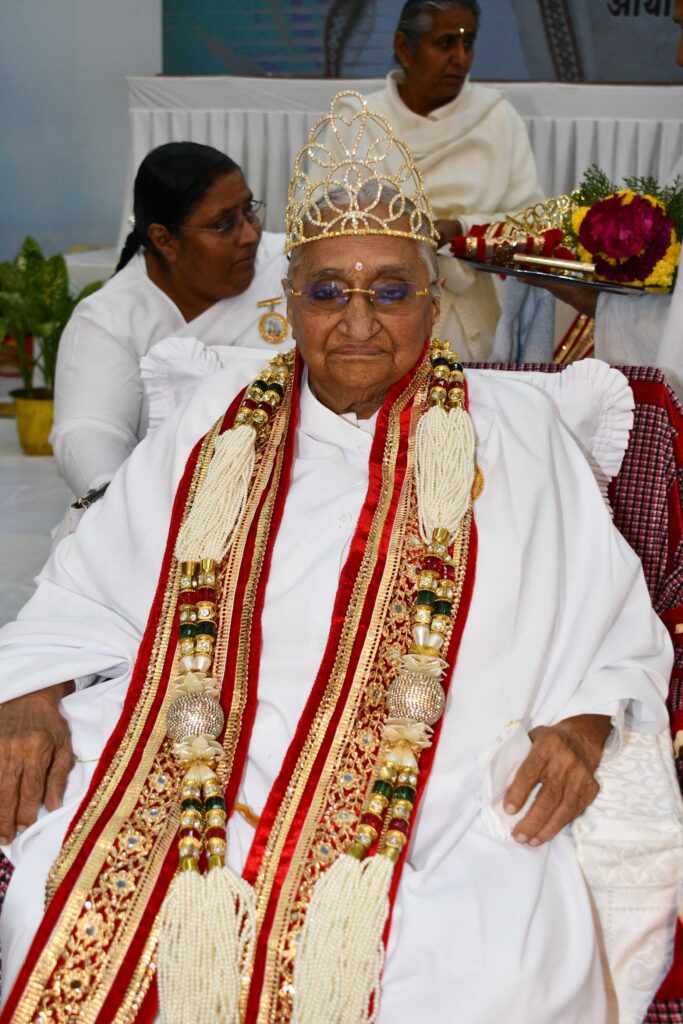 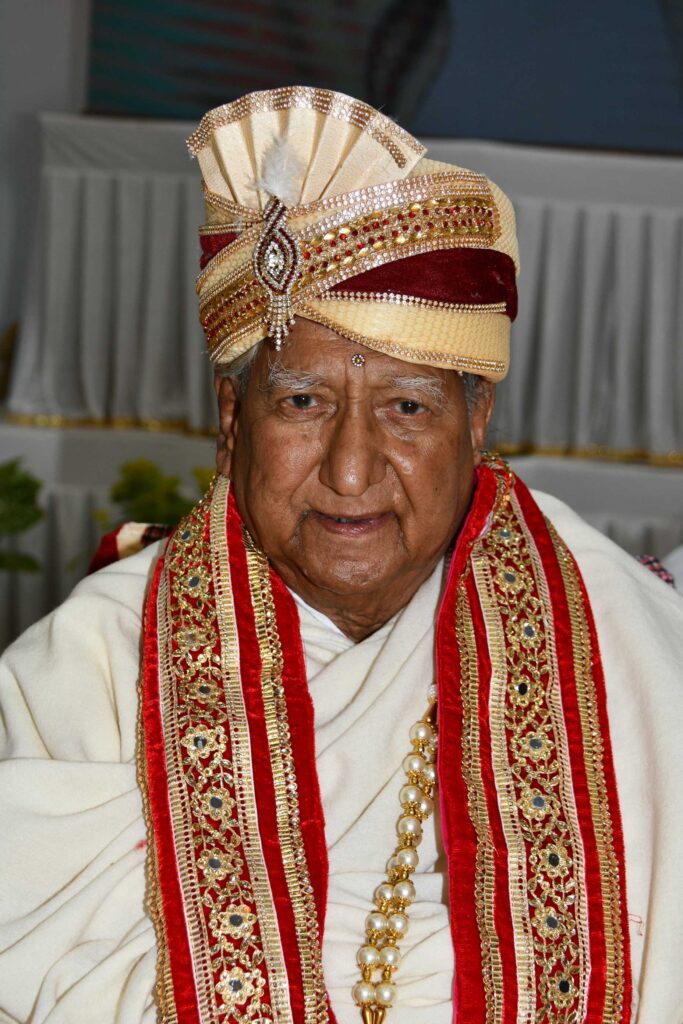 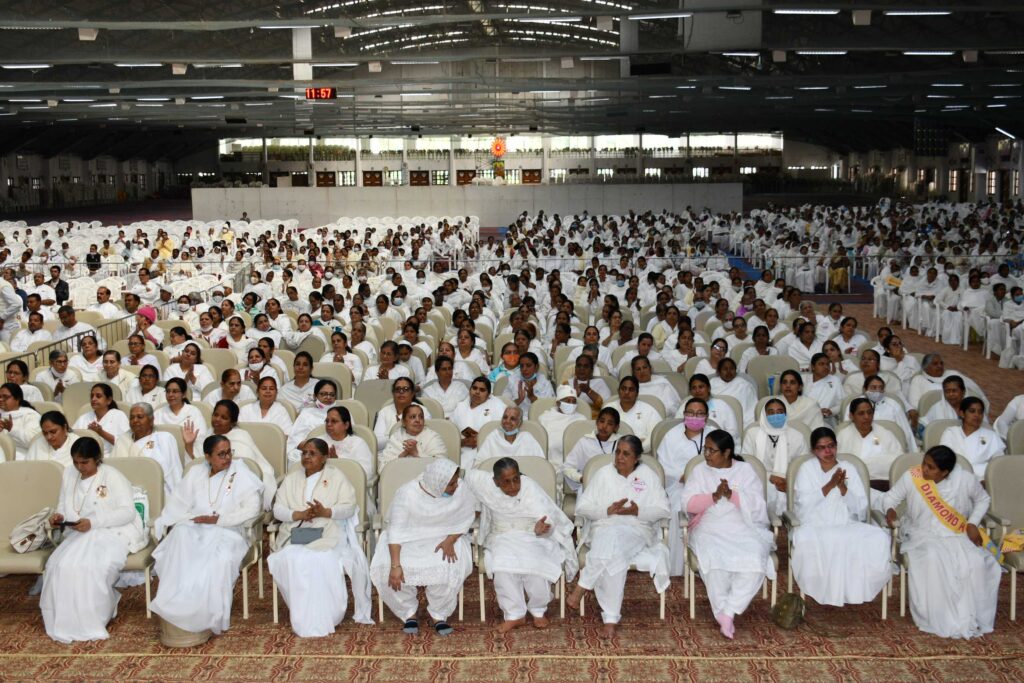 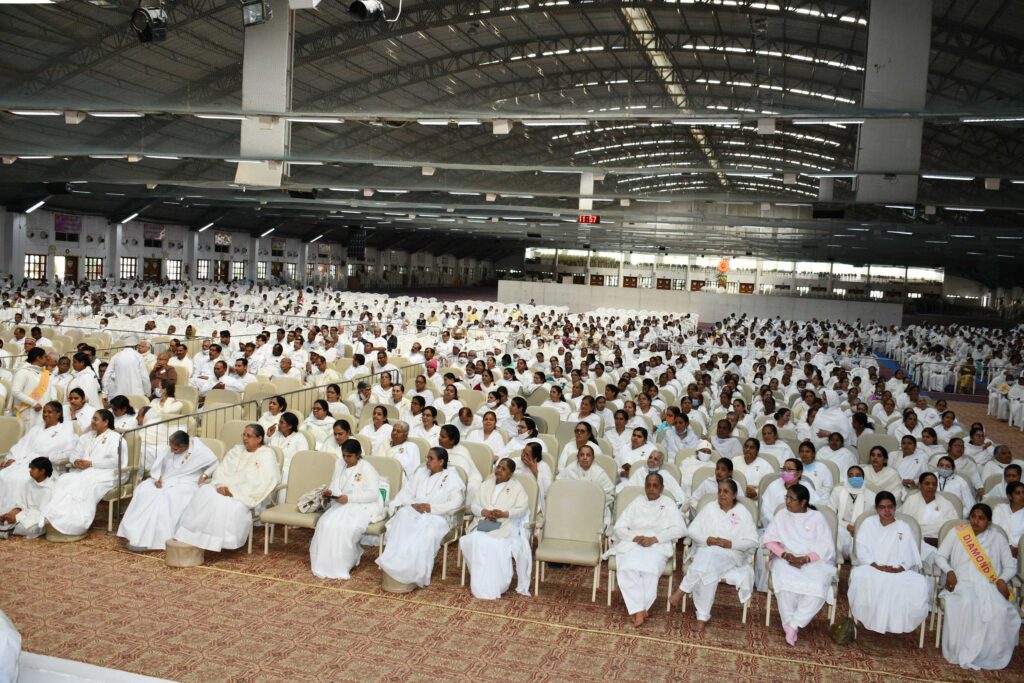 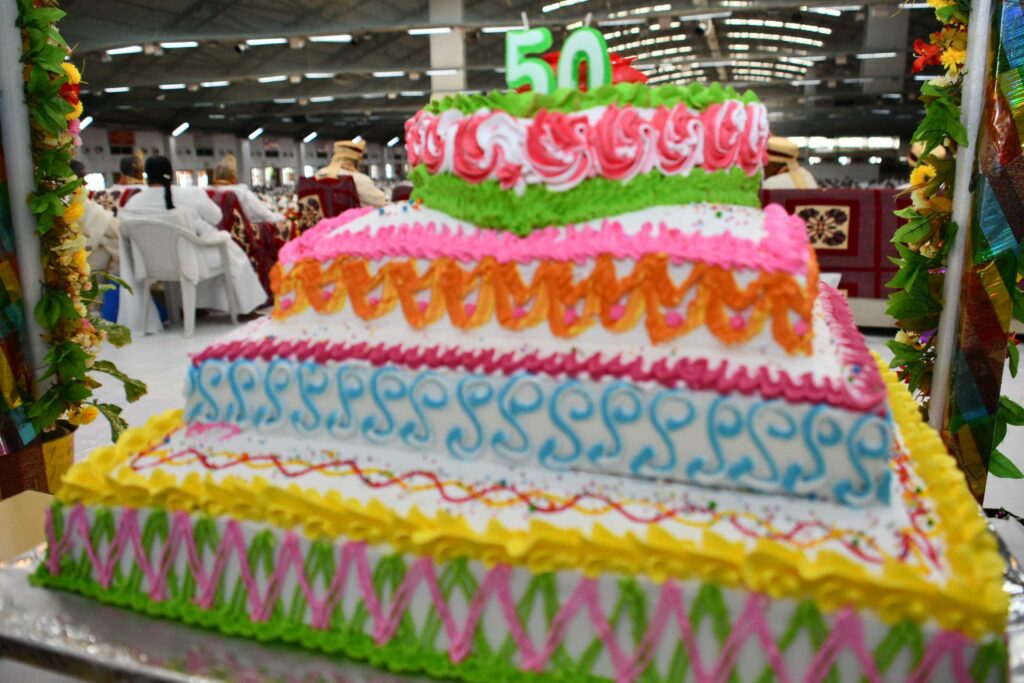 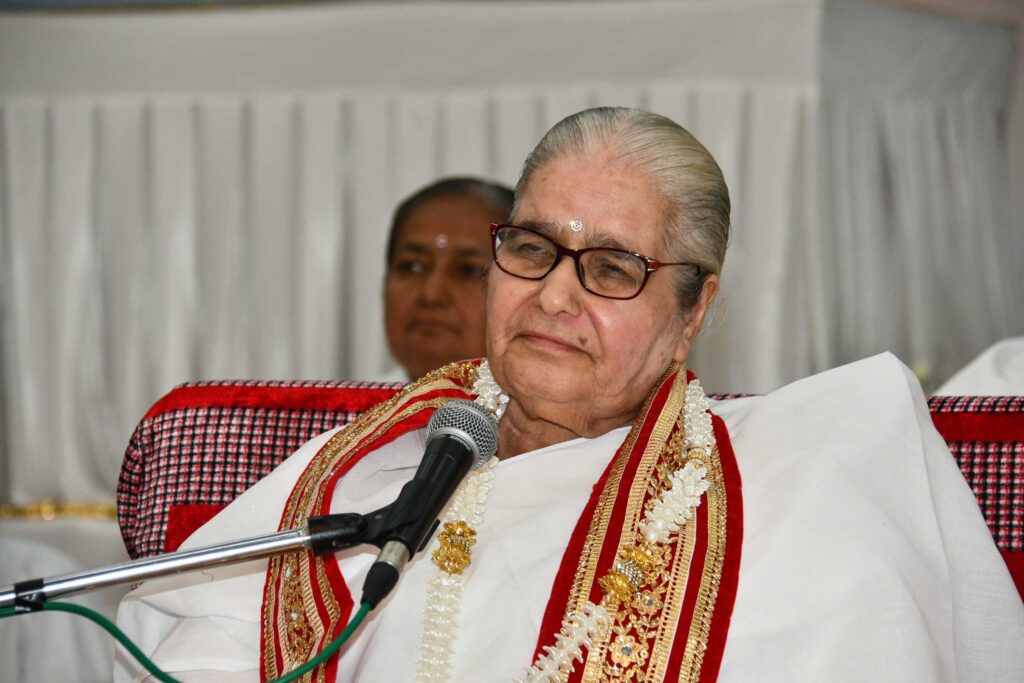 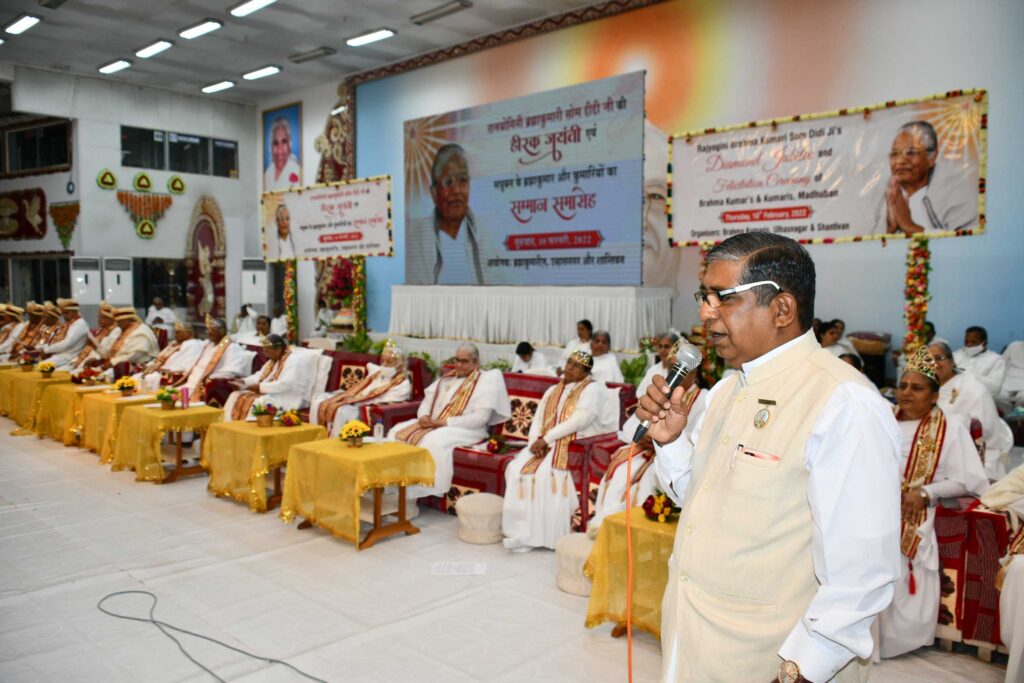 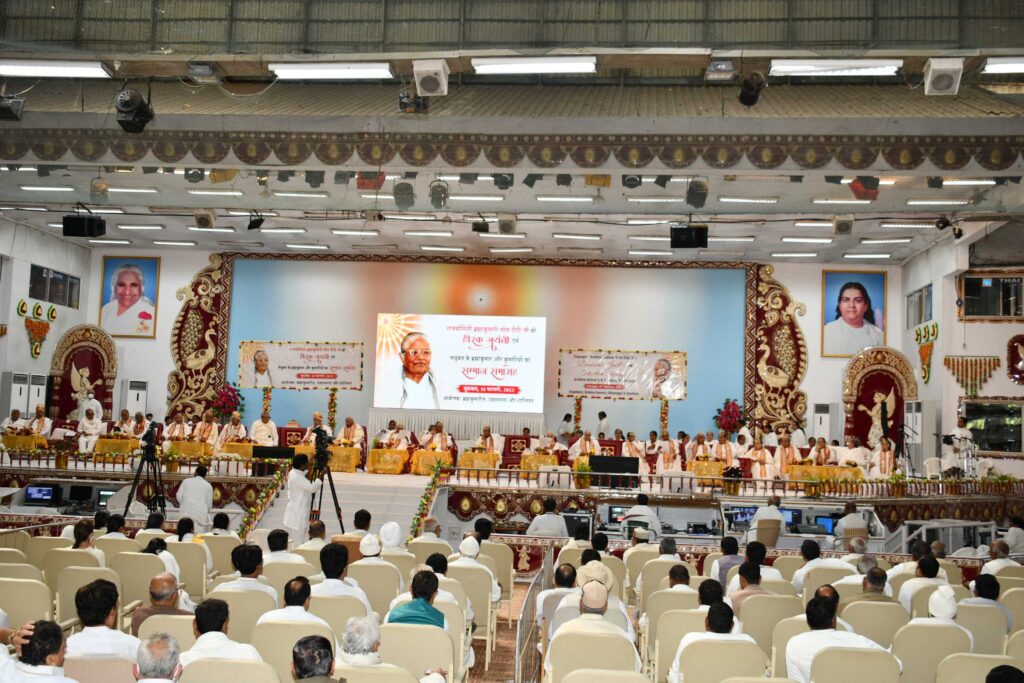 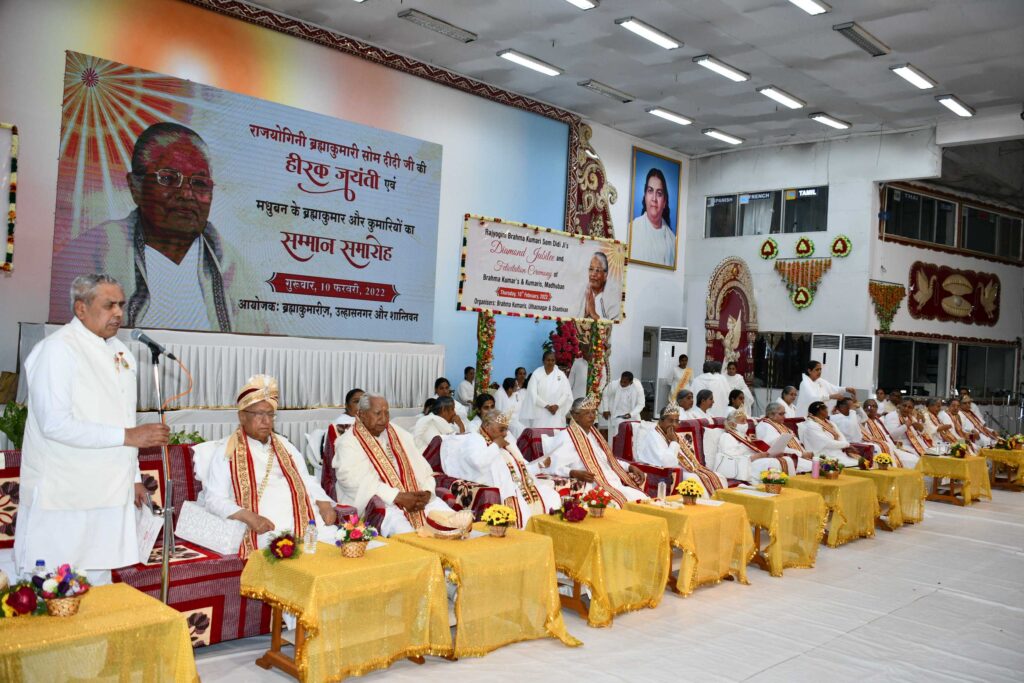 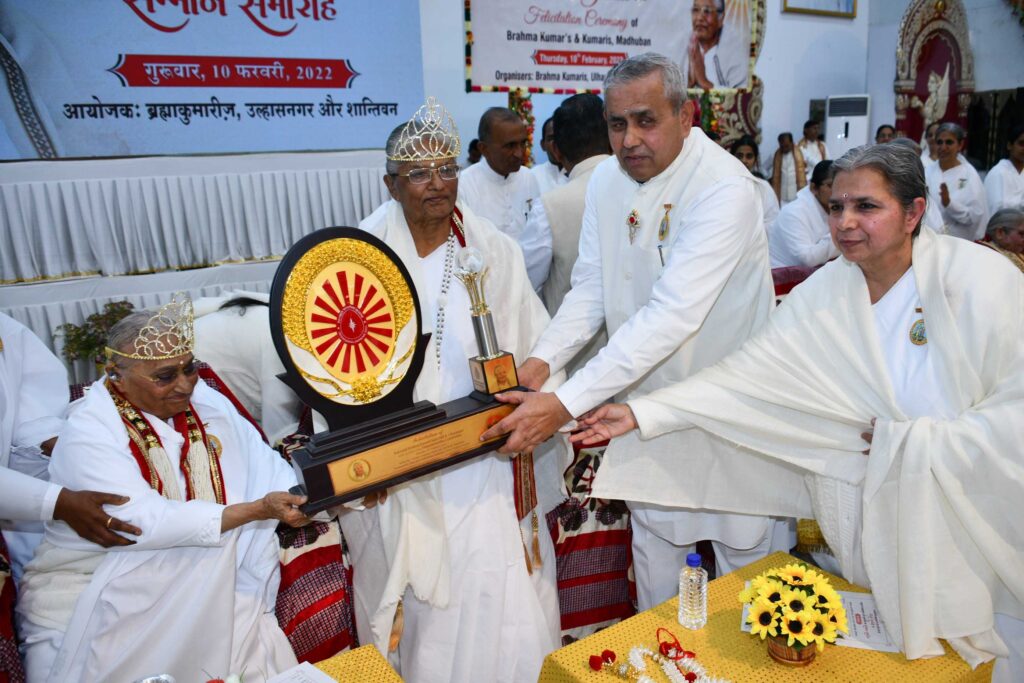 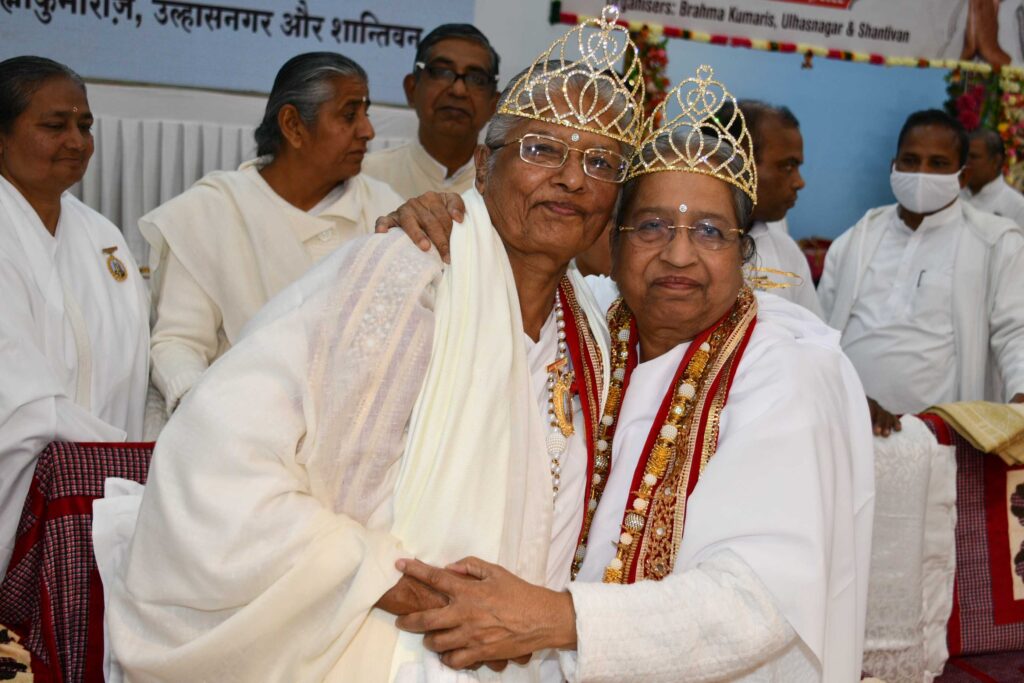 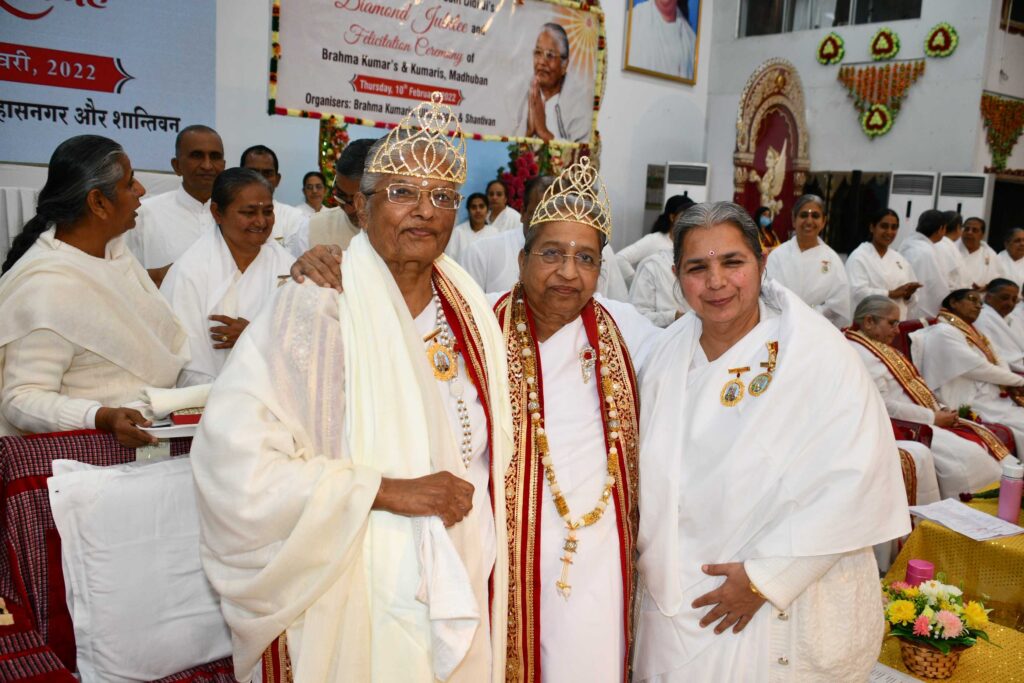 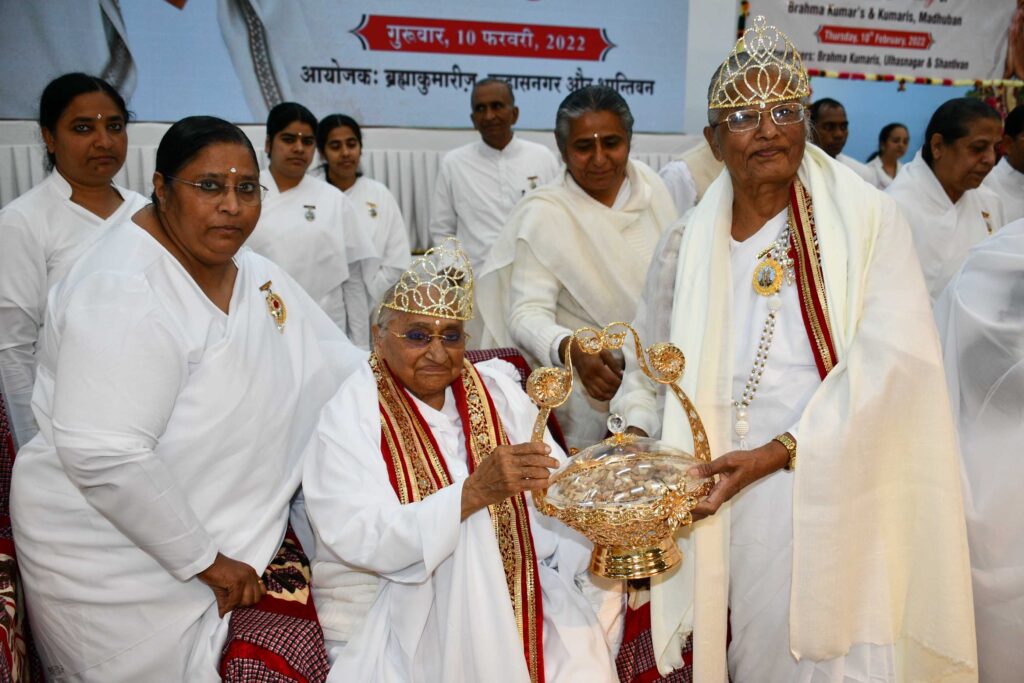 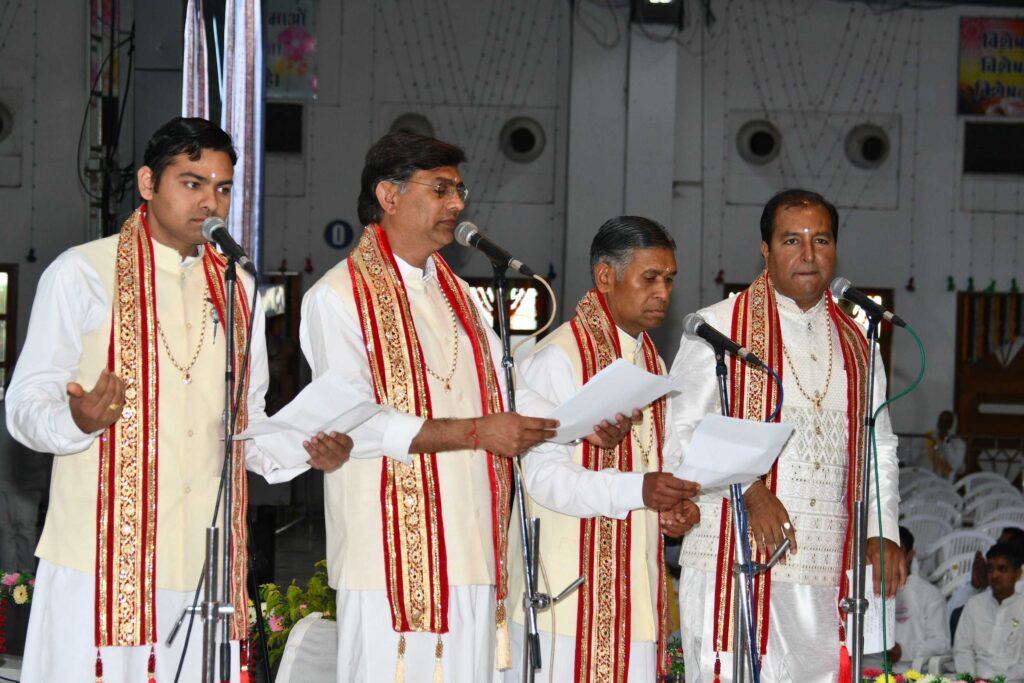 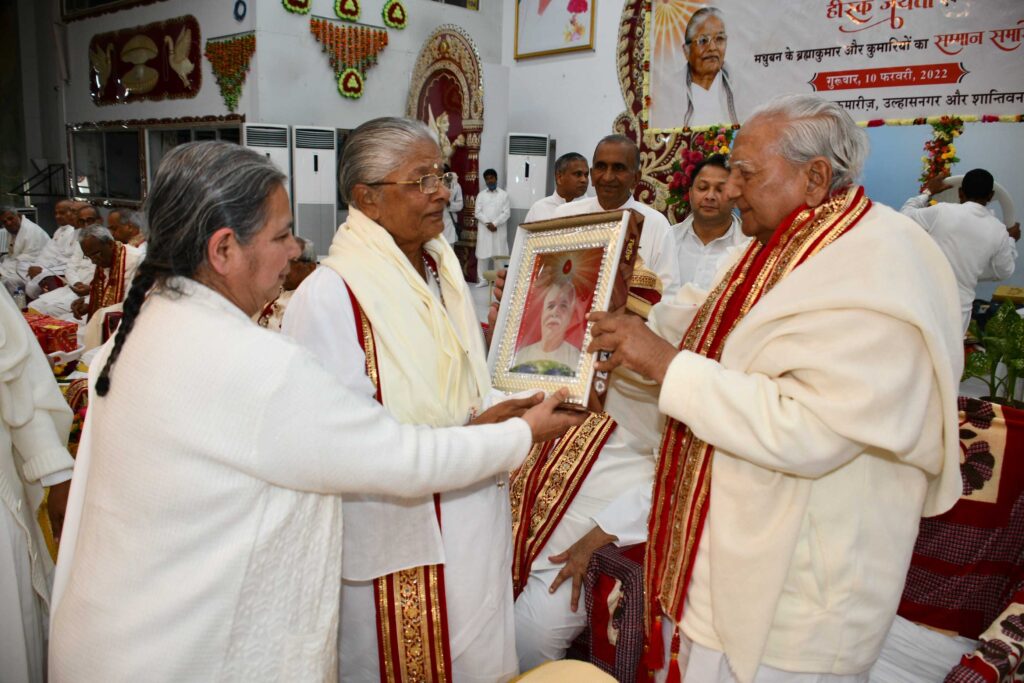 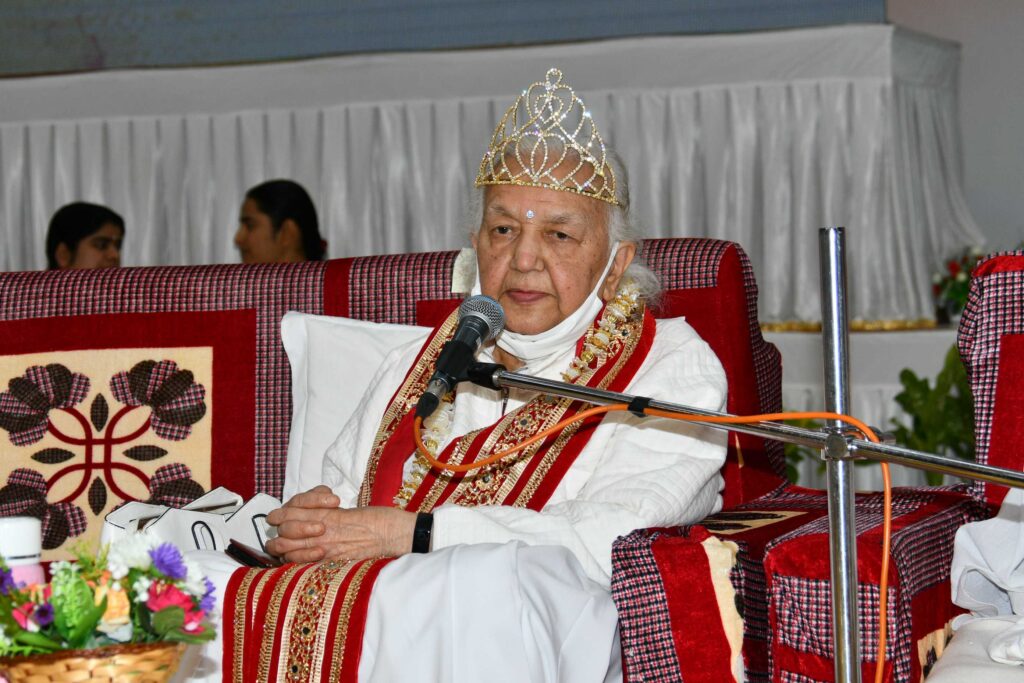