Mysore, Karnataka: BK Dr. Swaminathan, Motivational Speaker from Mumbai, was the main speaker at the event “Design Your Destiny” at MMK SDM College for Women, Mysore, in which some 300 degree students of the institution attended the session with faculty members. The program was organized on the occasion of National Youth Day – 12th January, Swami Vivekananda’s Birth Anniversary.

College Principal Sainath M emphasized the importance of such lively and energized sessions and hopes to have more from the Brahma Kumaris.

Dr. E.V. Swaminathan touched the students’ hearts with his witty and wise expressions and messages. He made the point that Happiness is the key to success and the world is in need of happiness around it. A person can achieve his/her goal when they are happy and it can be achieved when the individual soul frees itself from bondages of mindsets or prejudices. He said Rajayoga is the art of becoming the raja of the self and this meditation is the technology to use the mind. He admired the Power of Concentration of Swami Vivekananda and also quoted late Dr. Kalam’s famous lines on ignited minds — the most powerful resource on earth. He spoke about simple ways to memorize things, by visualizing them within a mental story which will be interesting and easy to remember. This can be obtained by relaxing the mind by practicing Rajayoga Meditation. 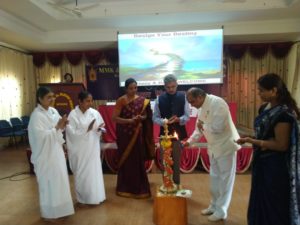 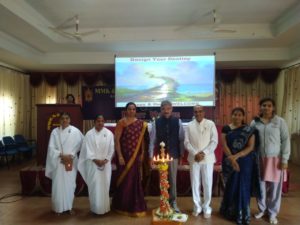 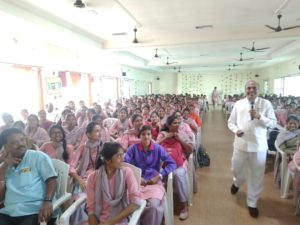 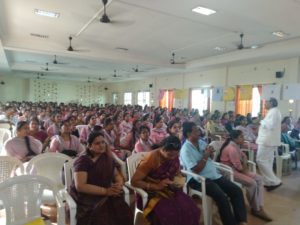