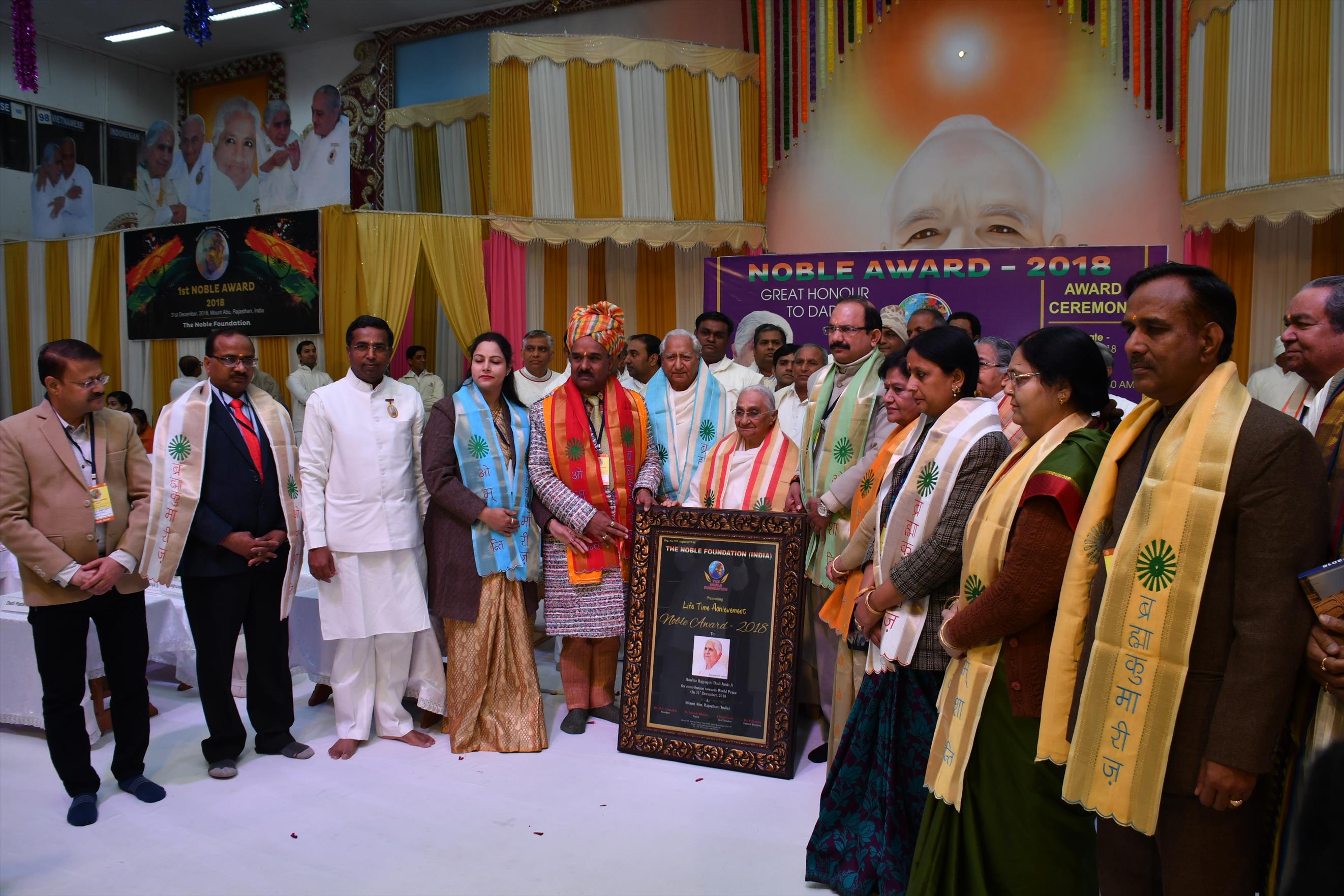 Abu Road(Shantivan): Noble Award Ceremony was celebrated with great grandeur and pomp at Diamond Hall in Shantivan, Head Quarters of the Brahma Kumaris in Abu Road, in the presence of 20,000 Brahma Kumars and Kumaris from India and abroad, members of the Noble Foundation and Maharaja of Sirohi, Raghuvir Singh, who was the special guest for the ceremony.

It is a memorable and historical occasion in which “Noble Award – 2018” was presented to Honorable Chief Administrator of Brahma Kumaris, Dadi Janki by The Noble Foundation(INDIA) which was received by Dadi Ratanmohini, Joint Chief of the Brahma Kumaris. This award was given to Dadi Janki in recognition of her selfless and tireless services in setting an example for “World Peace and Brotherhood”, “Women Empowerment” and “Positive and Constructive Role of Women in The Society”, not only in India but all over the World.

In her inaugural address, Dr. Priyanka, General Secretary, Noble Foundation, said that she considers herself lucky to be receiving Dadi’s blessings. Addressing Dadi Janki as the ‘Mahanayika of the 21st century’, she said that she feels both happy and proud to confer the award to Dadiji, who is a symbol of women empowerment which is a cause, close to the Association’s heart.

In his address, Dr. H.C. Ganeshia, President of The Noble Foundation(India), said, that Dadi Janki has made India proud by carrying out the unique task of establishing world peace with the blessings of God. He said that words fall short to describe Dadiji’s praise and that in fact the Government must consider her for the Bharat Ratna Honour.

Pandit Suresh Sharma, Manager, Noble Foundation, in his speech, said that its tough to find people like Dadiji who are an incarnation of God and a source of love, bliss and strength for all. Praising her, he said, that the Association feels fortunate to give the Nobel Prize Honour to Dadiji, someone who is respected by the media and people alike.

On this occasion, BK Nirwair, General Secretary of the Brahma Kumaris praised members of the Noble Foundation, saying that they’ve proved their novelty here. He also applauded them for their sense of judgment in choosing Dadi Janki, who has been serving the world 103 years, as the recipient of this Award.

The Noble Foundation (INDIA), since long is involved in welfare activities for the mankind like universal peace, co-operation, love, compassion and so, which are mostly given importance. It is simultaneously striving to accelerate awakening in society on education, widow marriages, boosting plantation and to end child marriage through media. The Foundation recognises great personalities and honours them with this Award for their exemplary performance in their respective fields which becomes the source of motivation for people across the world.

With this motto in view, the Noble Award was initiated this year and it is a matter of prestige for the Brahma Kumaris that its international administrator in-Chief, Great Centurian Dadi Janki has become the first historical recipient of this Noble Award for 2018 at the age of 103.
It was a great and pleasant occasion for all Brahma Kumars and Kumaris across the globe. 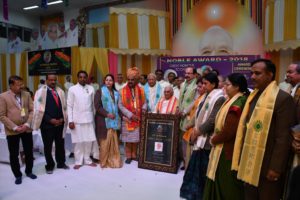 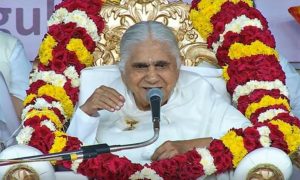 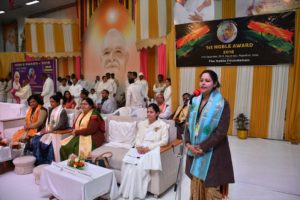 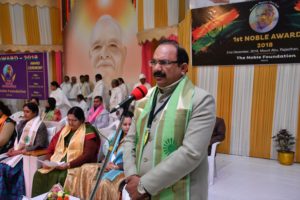 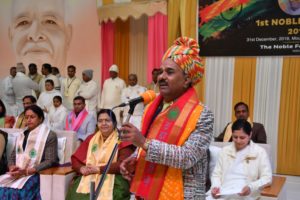 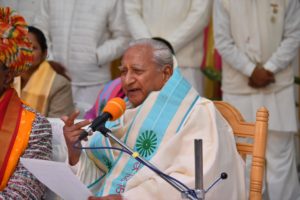 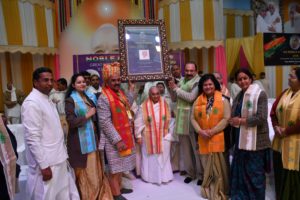 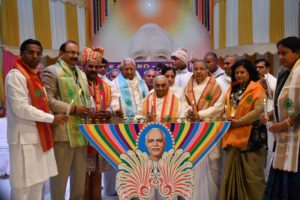 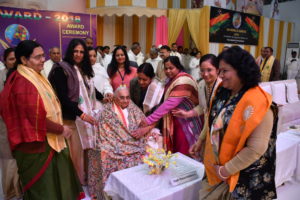 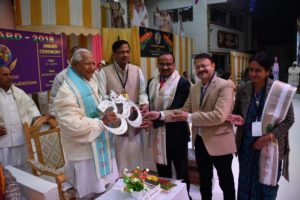 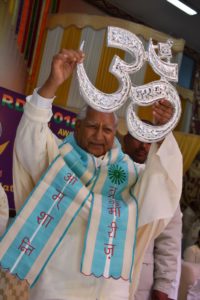