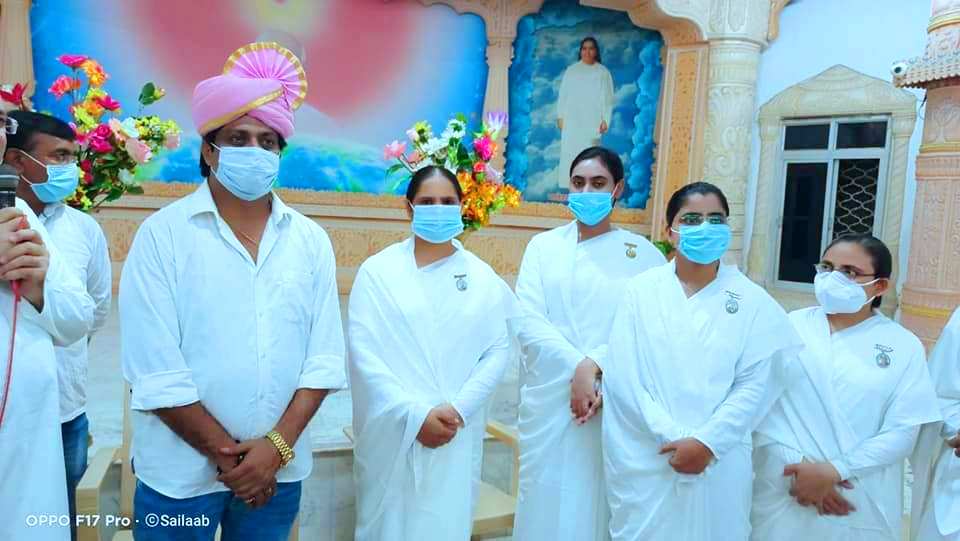 Sarnath ( Uttar Pradesh ): The Micro Small and Medium Enterprises Export Organization of Government of India, Uttar Pradesh’s newly appointed Director,  Rakesh Tripathi,  was welcomed and greeted by Brahma Kumaris of Sarnath. Rajayogi BK Dipendra,  greeted him with a garland and shawl. Rajayogi BK Vipin offered him a bouquet of flowers while welcoming him to Global Light House, Varanasi,  the abode of the Supreme Soul.

BK Taposhi, Rajayoga Teacher,  gave Rakesh Tripathi a tour of ‘Life Values Spiritual Art Temple’  on this occasion. Mr. Rakesh Tripathi expressed his happiness on seeing the type of work being done by the Organization in preserving and disseminating good values in the society. He expressed his cooperation for all future endeavors. He said that it is a matter of pride that our country has given the world such an Organization which is showing mankind the right way to live.

BK Dipendra,  on behalf of BK Surendra, Head of the Brahma Kumaris in the region offered Rakesh Tripathi Godly Gifts. He wished the visiting dignitary a successful tenure. 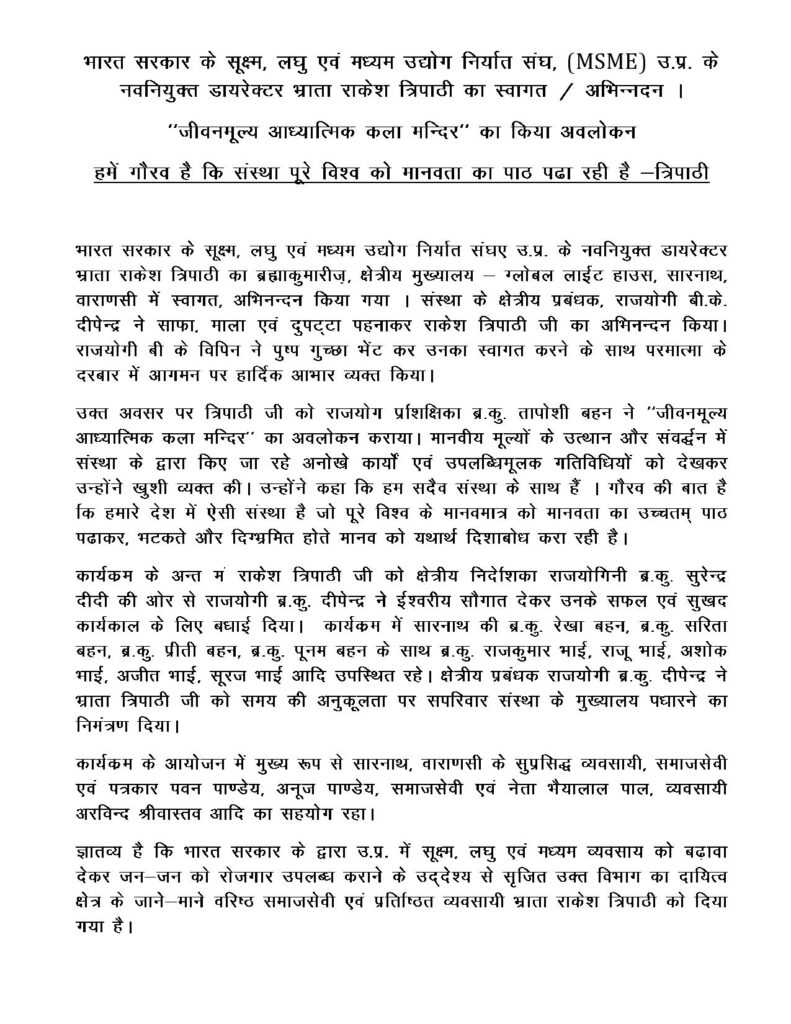