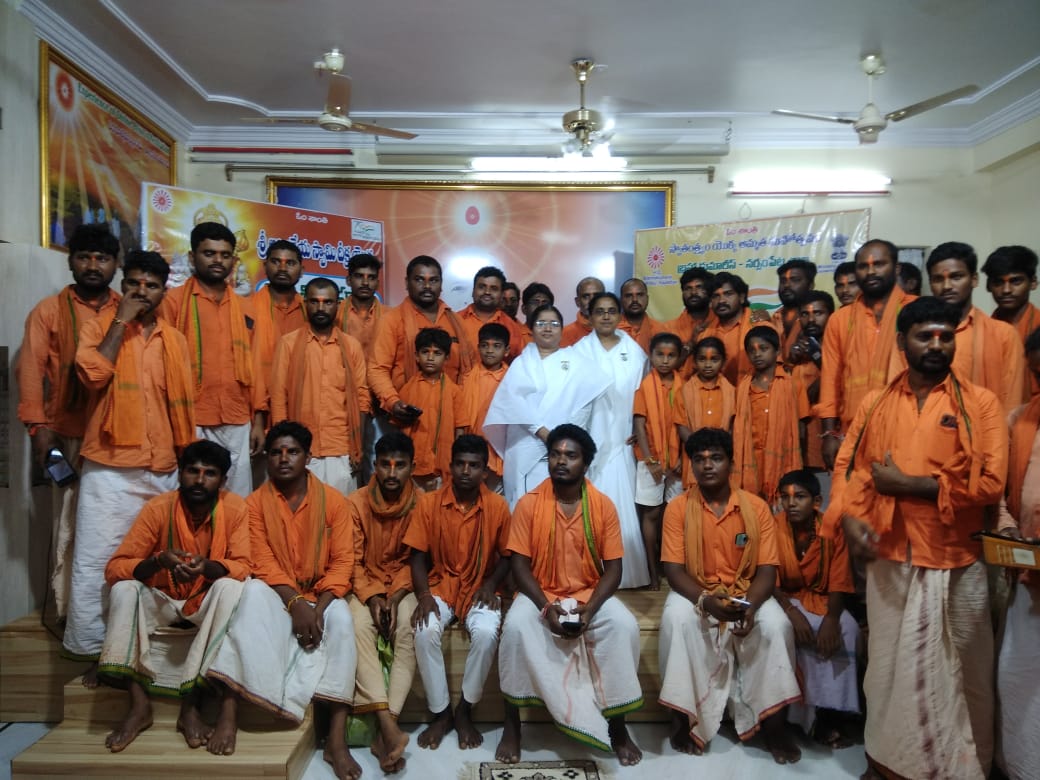 Narsampet ( Telangana ): Brahma Kumaris of Narsampet conducted a program in connection with Hanuman Jayanti for Hanuman Deeksha swamis(dedicated saints) which was attended by two Guruswamis and  55 swamis.

Guru Swamis Niranjan and Venkanna applauded  the services of Brahma Kumaris. They were felicitated with shawl and Divine Virtues frame.

All swamis were given Godly gifts at the end of the program. 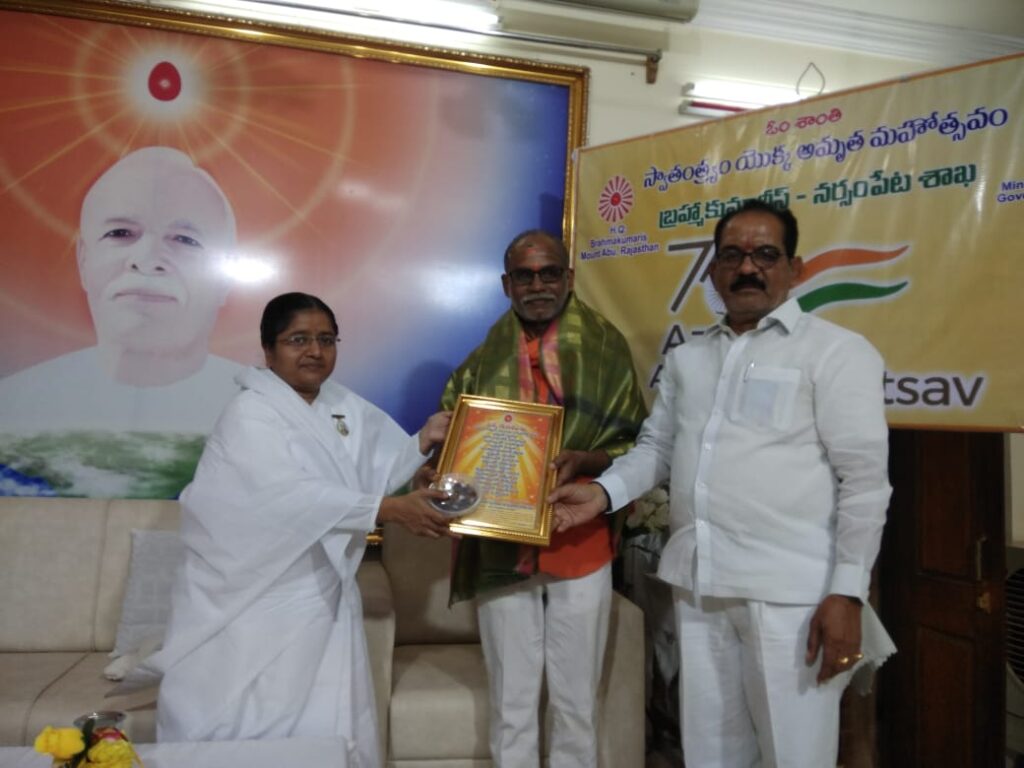