Nairobi, Kenya (Africa) : The 4th United Nations Environment Assembly UNEA4 is taking place in Nairobi, Kenya, in which 131 faith leaders from 51 organizations are participating this year.

It is the 4th biannual General Assembly of UNEP that Brahma Kumaris has actively participated in. This year the BK green team came from all over the world. The Head of the delegation is Sister Pratibha, supported by Urvashi (Kenya), Andrew (Kenya), Sonja (Denmark), Hilal (Turkey) and Jignesh (India/Sweden). The preparation meeting discussed the logistics of the conference, the need for hope, awareness, oneness, respect and the recognition of faith-based organizations.

The Brahma Kumaris have an exhibition booth called “Healthy Mind, Healthy People, Healthy Planet.”  The BKs inaugurated the stand with meditation for: the earth, the coming General Assembly, and also for those who lost their lives in a flight crash that same morning.

The atmosphere at UNEA was tangibly affected by the flight crash in Ethiopia the morning of Sunday March 10th. People in UNEA had lost some of their colleagues who were on their way to UNEA.

Extraordinary opening with a minute of silence

The day started with an extraordinary assembly to honour the delegates who lost lives in the flight crash of the Ethiopian Airlines on Sunday the 10th. The spokesperson addressed the gathering as the UN family: “I stand in front of you on the first day of UNEA4 with tragic news. We lost the lives of our brothers and sisters, delegates and colleagues in the flight crash yesterday morning.” We had a minute of powerful silence together.

Sonja went to the Faith for Earth Tent and met many of her friends and colleagues from COP conferences. The atmosphere was heavy as one of the speakers that morning left the body in the flight crash.

Siim Kiisler, President of the UN Environment Assembly, Minister of Environment of Estonia, and Joyce Msuya welcomed the 4,700 delegates to the Assembly. The theme of the Assembly this year is “Innovative solutions for environmental challenges and sustainable consumption and production”.

The Kenyan Environment Minister emphasized beating plastic. Kenya has banned plastic bags and it is a big fine if you are caught with a plastic carrier bag. The Kenyan constitution is unique as it states that every person has a duty to co-operate with State organs and other persons to protect and conserve the environment and ensure ecologically sustainable development and use of natural resources.

In the Faith for Earth tent, there was a special interfaith ceremony for the flight crash victims and their families. Sister Pratibha represented the Brahma Kumaris and gave a beautiful message for the souls.

The United Nations Environment Programme (UN Environment) has overall responsibility for environmental problems among UN agencies and is a leading global environmental authority. It was founded in 1972 and has its headquarters in Nairobi, Kenya. The Brahma Kumaris in Kenya has been connected to UNEP since 1979 and has been an accredited observer organization since 2014. In 2018 the BKs were given permanent UN Ground passes and Pratibha Patel, Urvashi Vithal and Dorcas Alusala from Nairobi are regularly participating in meetings. Preparation for UNEA4, the opening of the committee of permanent representatives, took place March 4th to 8th. Pratibha and Urvashi participated and noticed that the representatives find it hard to maintain enthusiasm as the climate change is progressing quickly.

Faith for Earth Urvashi participated in the Faith for Earth preparation meeting. The engagement of the faith-based organizations have taken a leap under the leadership of Mr. Iyad Abu Moghli. He has worked hard on bringing the religious and spiritual organizations into the UNEA. 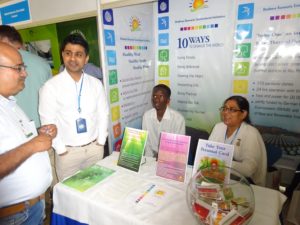 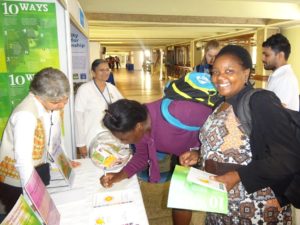 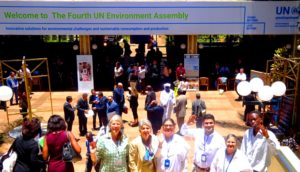 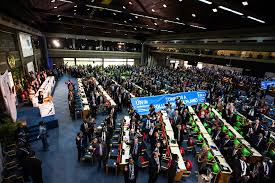 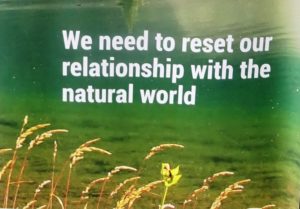 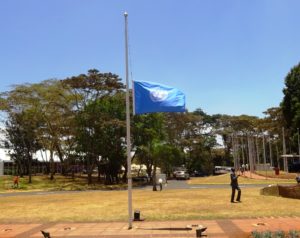 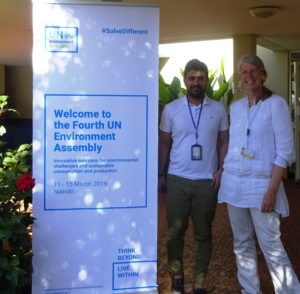 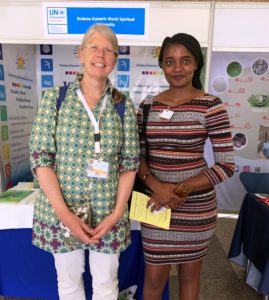 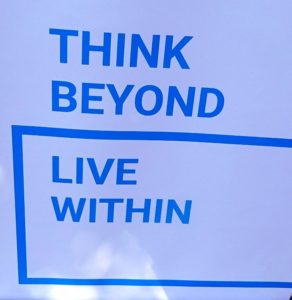 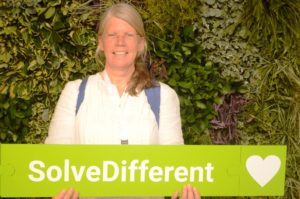