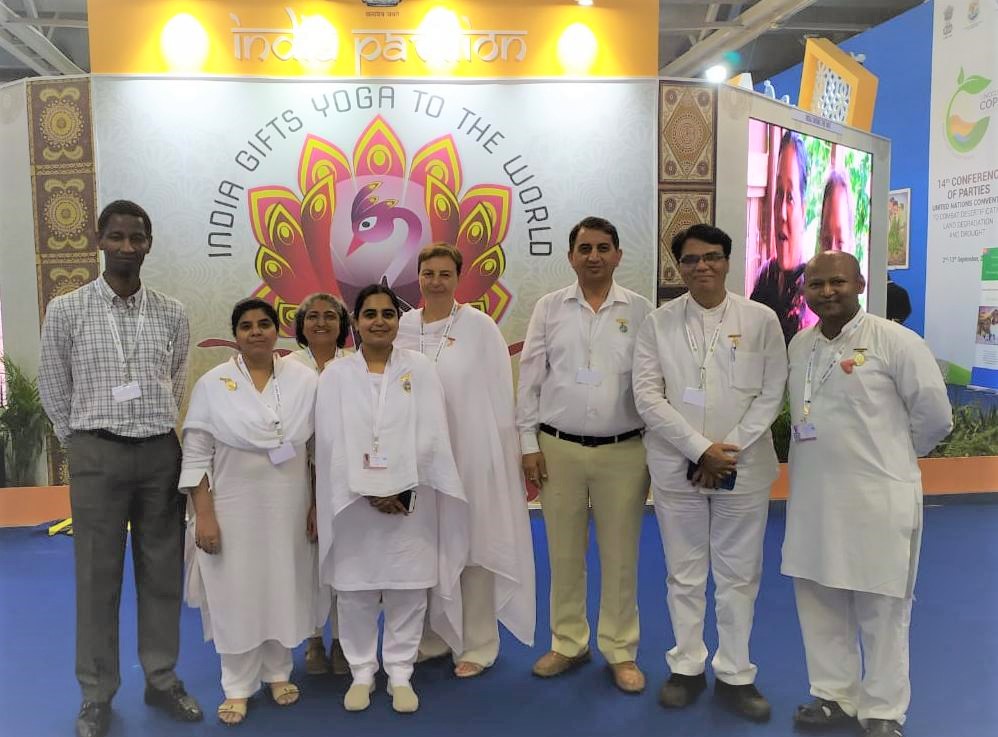 New Delhi (India): The  United Nations Convention to Combat Desertification, Conference of Parties 14 (UNCCD COP 14), is aimed at combatting desertification, land degradation and drought, and is focused on UN Sustainable Development Goals (SDG 15). This COP is organised every other year, and this year the host country is India, Ministry of Environment, Forestry and Climate Change.

The BK booth, set up next to the India Pavilion, was quite big, to display all relevant posters and materials, with a large LED TV set that was continually showing various BK environment initiative videos. Posters displayed included Sustainable Yogic Farming (objectives, process, and experiments done to date), results of research on the power of consciousness on carrot cultivation, with a before and after example of how to change a barren land to a productive land. Included is a poster of the new social wing campaign, together with plantation images of women and school children from various corners of the country.  BK renewable energy initiatives were present, with information and images of the India One Solar Plant and solar trainings.

One of the unique additions to this presentation is the poster of Happy Farm.  Happy Farm is a 25-acre land where BKs are practicing yogic farming.  Only 10 minutes away from the Expo Mart of the UNCCD COP 14 venue, it is like an extended booth. Regular twice daily trips were organized for interested delegates who want to experience yogic farming and a yogic atmosphere. The speciality of the booth this year is the fragrance of fresh tuberose flowers from yogic farming, which attracted many, many souls.

The team attended the first CSO (Civil Society Organisation) coordination meeting, the orientation meeting for the CSOs where various input was given on new communication methods such as mobilize app, etc. The main agenda point was preparation of the opening statement on behalf of CSOs for the inaugural session for UNCCD COP 14.

The day ended with a beautiful meditation and blessing cards shared at the booth.

BK Ndiritu attended the meeting of all African CSOs. The discussion was to sensitize the delegates to engage actively and openly in all events with awareness that they represent around 1.3 billion African population. There was also a statement formulation for the plenary sessions. Some Youth Forum participants also met BK Shantanu and BK Parul.

Mr. Prakash Javedkar (the New President of UNCCD COP 14, Minister of Environment, Forestry and Climate Change, India) inaugurated the COP 14 and opened the plenary session by addressing the delegates. He spoke about how Indians consider the land as their mother, hence the UNCCD is of the utmost importance. In India, 29.3 percent of land is affected by degradation, due to increased misuse of land resources and forests; organising such an event becomes even more essential. He feels optimistic about the future because if our human actions caused the damage of climate change, land degradation, desertification and biodiversity destruction, so can our actions restore back our lands. There are representatives from 195 countries present at the conference.

The BK Team also attended a side event organised by GIZ (German acronym for Society for International Cooperation) on Translating Soil and Land Rehabilitation into Action for LDN and Sustainable Livelihood. The main slogan was “A World without Hunger is Possible”. This special program of GIZ is implemented in 7 countries. Their targets include food security in 11 countries for 18 million people to be improved, development of 14 Green Innovation Centers, to improve life of 7 million people, and rehabilitation of soil fertility of degraded soils.

The BK delegates were kept very much engaged from the very beginning of the day because of the regular visits of many delegates to the booth. There were many interested delegates who wanted to visit the Happy Farm site to witness the yogic agriculture sample firsthand. At the end of the exhibition in the evening, guests were taken to Happy Farm, where they visited the farm and also experienced a beautiful meditation conducted by BK Aneta.

DAY 2  started with the Daily CSO (Civil Society Organisation) coordination meeting where the BK Team invited everyone to the side event happening on the same day and also invited all to the BK booth and to Happy Farm.

The BK booth was visited by Nathalie Van Haren (UNCCD COP 14 CSO Secretariat) who received an introduction to all BK environment initiatives and appreciated our contribution to achieving UNCCD COP targets.

The side event was on Sustainable Capacity Building for Individuals and Communities in Challenging Times which was advertised in all the media platforms being used by UNCCD COP like UNCCD App, Mobilize app, WhatsApp groups, etc. This side event was coorganised by another faith based organisation (FBO) Diverse Earth. The panel consisted of BK Aneta (R&D Coordinator India One), Liza Zogib (Founder & Director, Diverse Earth), BK Rajesh Dave (Executive Member of Rural Development Wing of the Brahma Kumaris) and BK John Ndiritu (Asst. Profesor of Civil and Environmental Engineering at the University of Witwatersrand, South Africa).

The event started with a moment of silence. The motive behind this side event was to explore the role of consciousness in desertification and present examples of success stories of applications of pure consciousness on matter: yogic agriculture, water and consciousness, and solar energy.  Also presented was the role of sacred, natural sites in building resilience as beacons of hope, and their role in transformation. It ended with a powerful meditation. Participants shared their valuable feedback after the sessions. Most of them were amazed that such a great potential is in the power of positive awareness, and they felt that the Brahma Kumaris must reach out more with their powerful messages to people. They were especially and truly touched by the meditation experiences.

The day closed again with a visit to Happy Farm for interested delegates. Delegates from Israel and South Africa visited the Happy Farm, experienced meditation and felt very blessed. 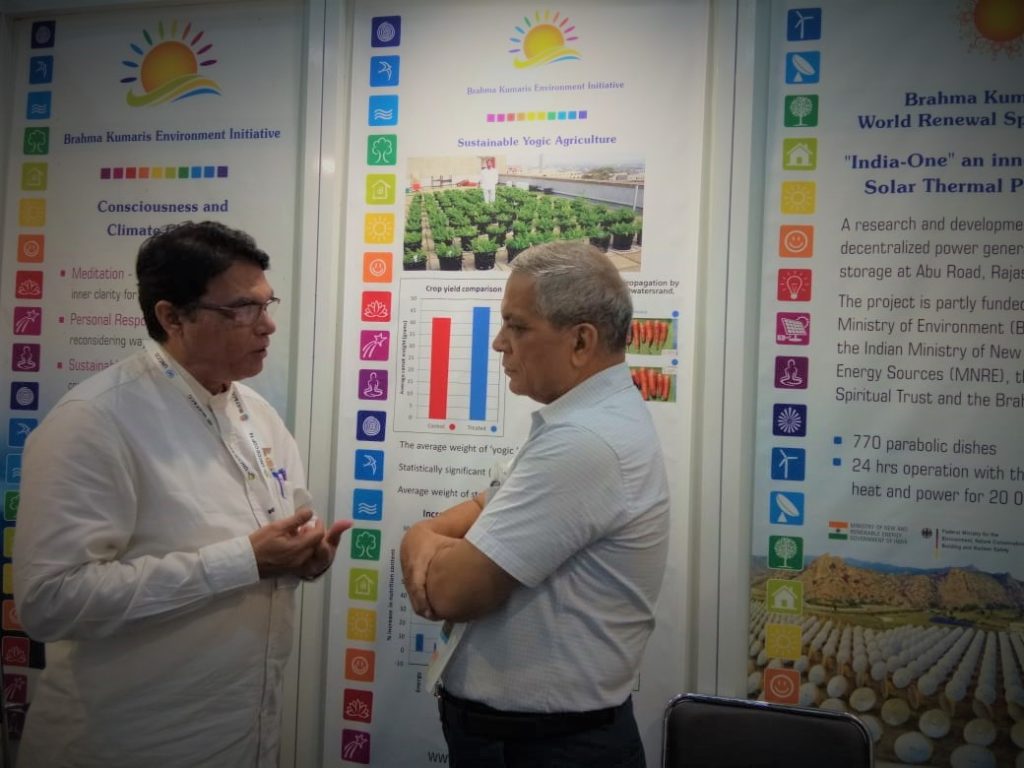 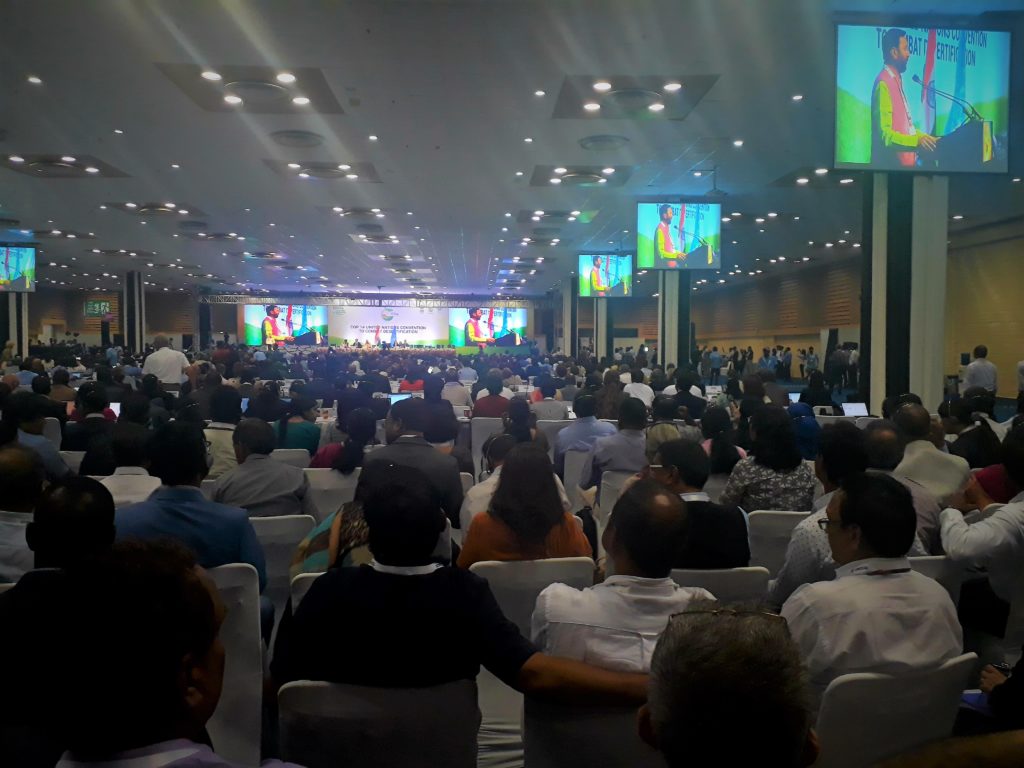 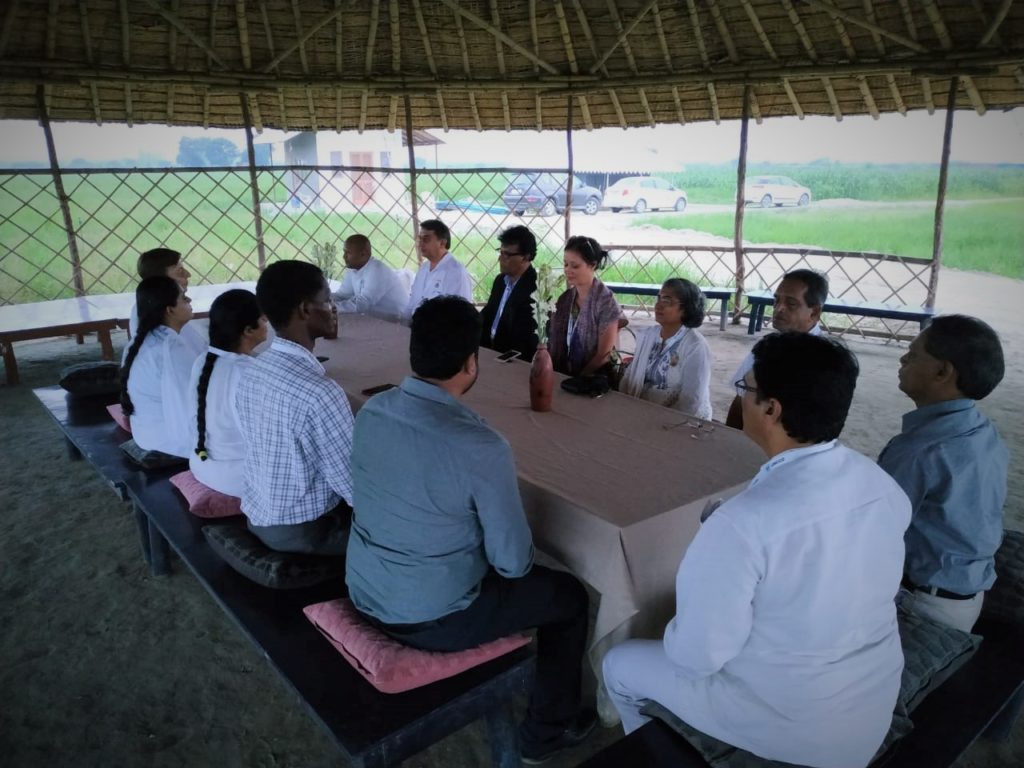 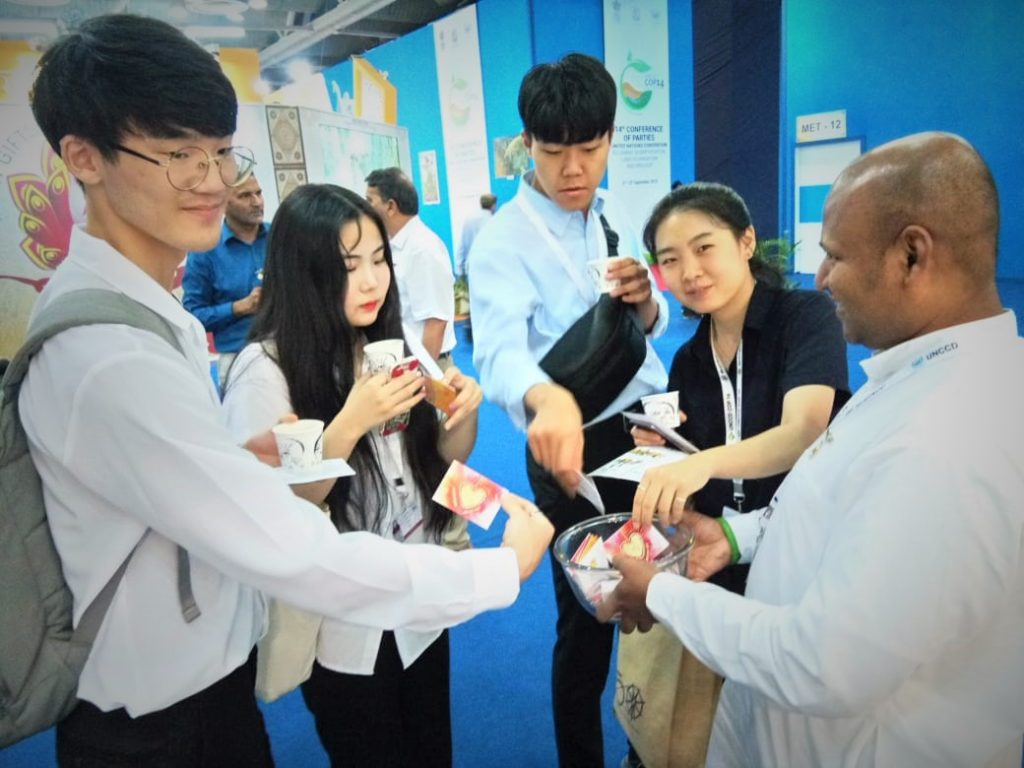 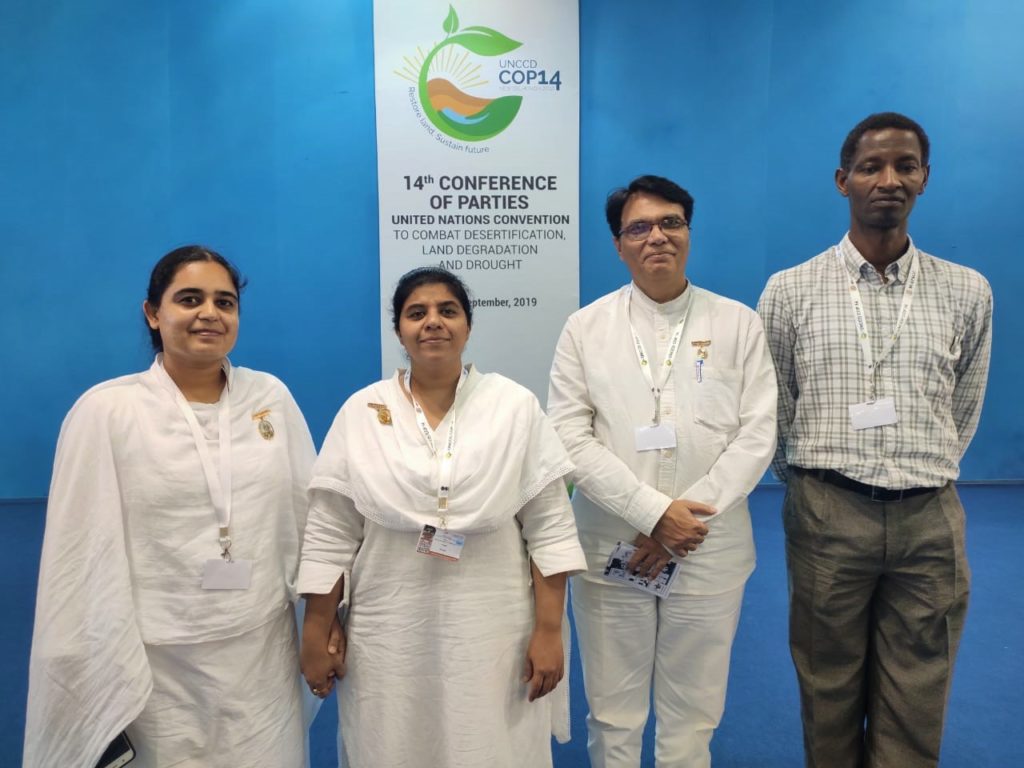 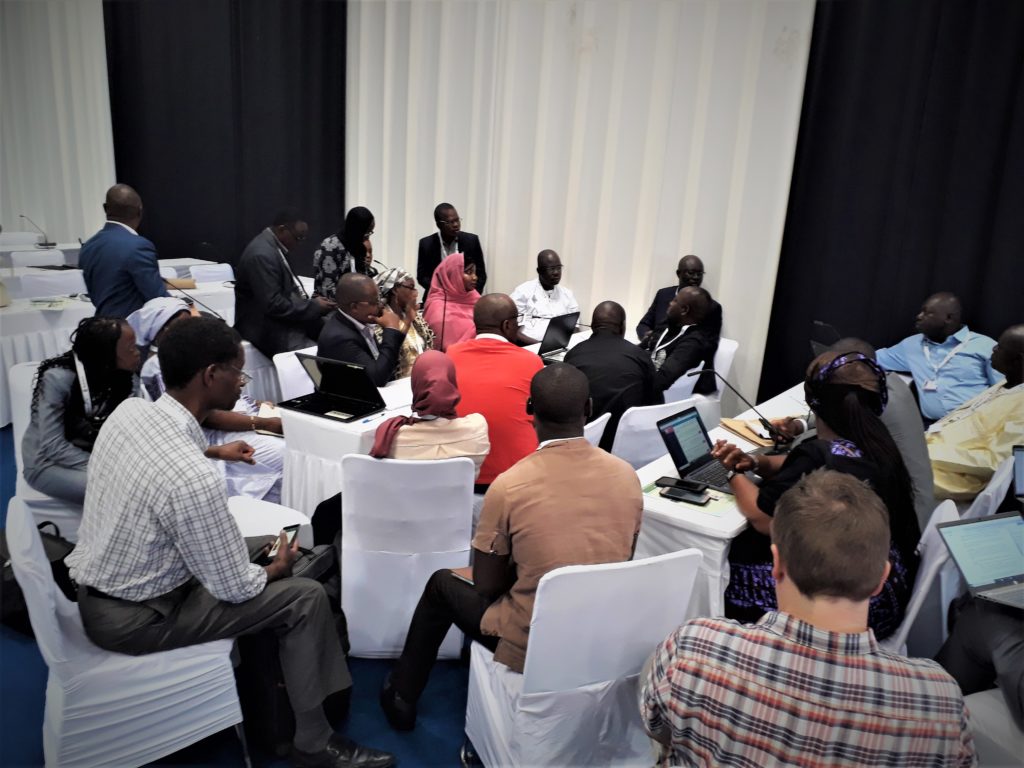 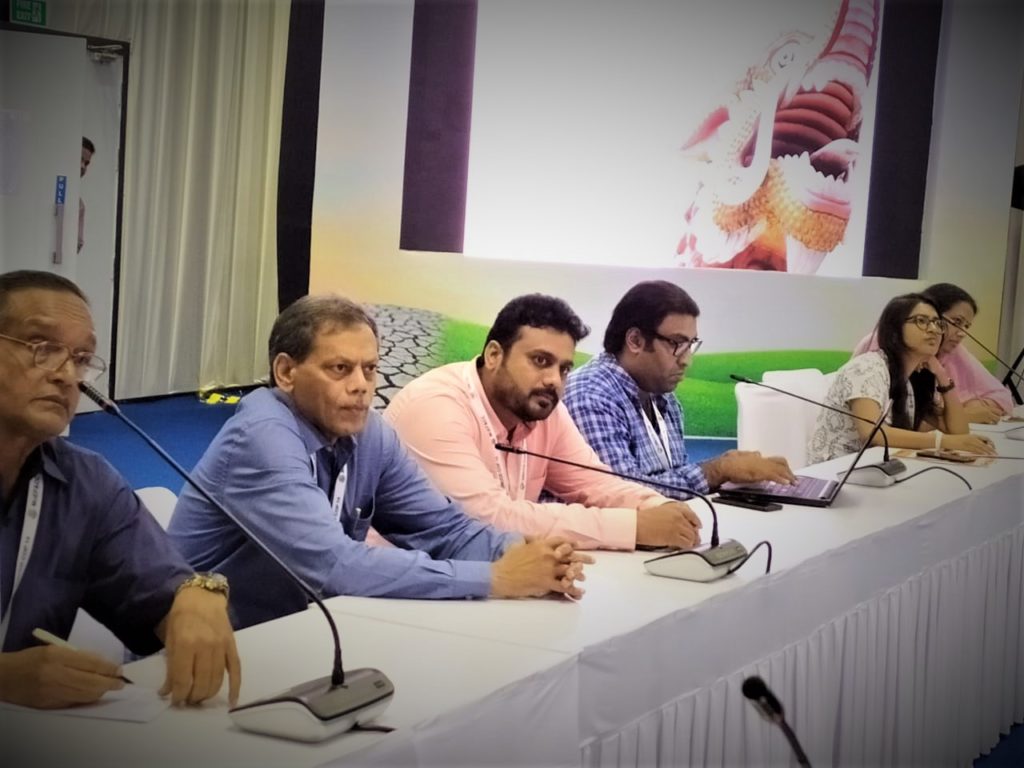 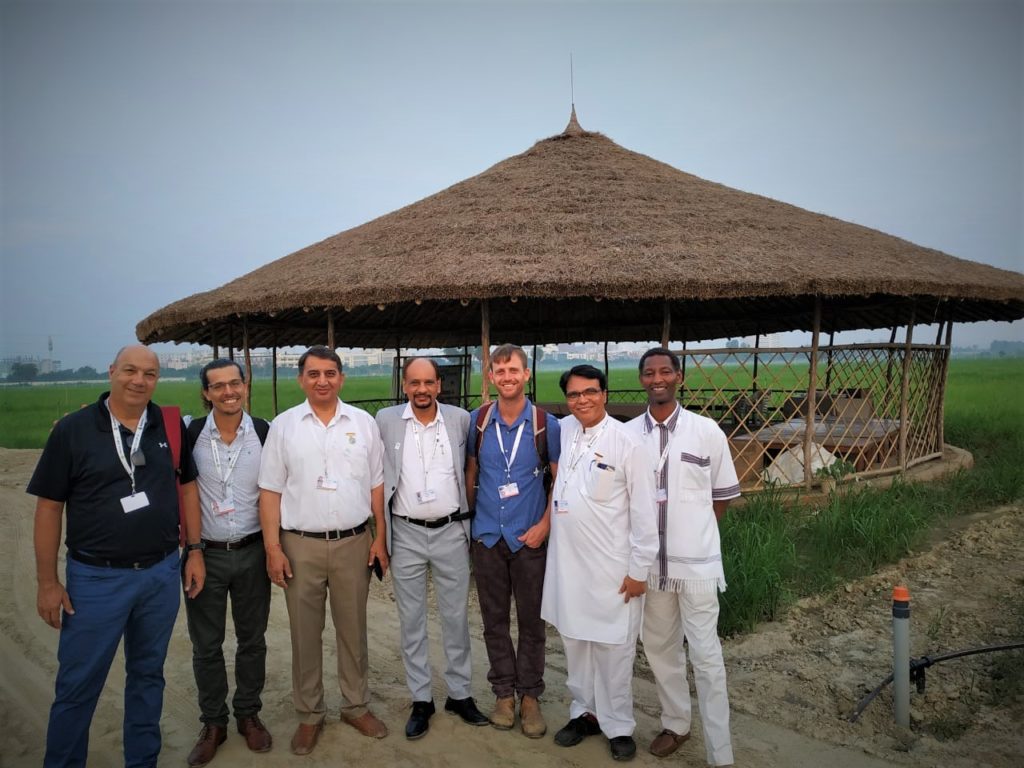 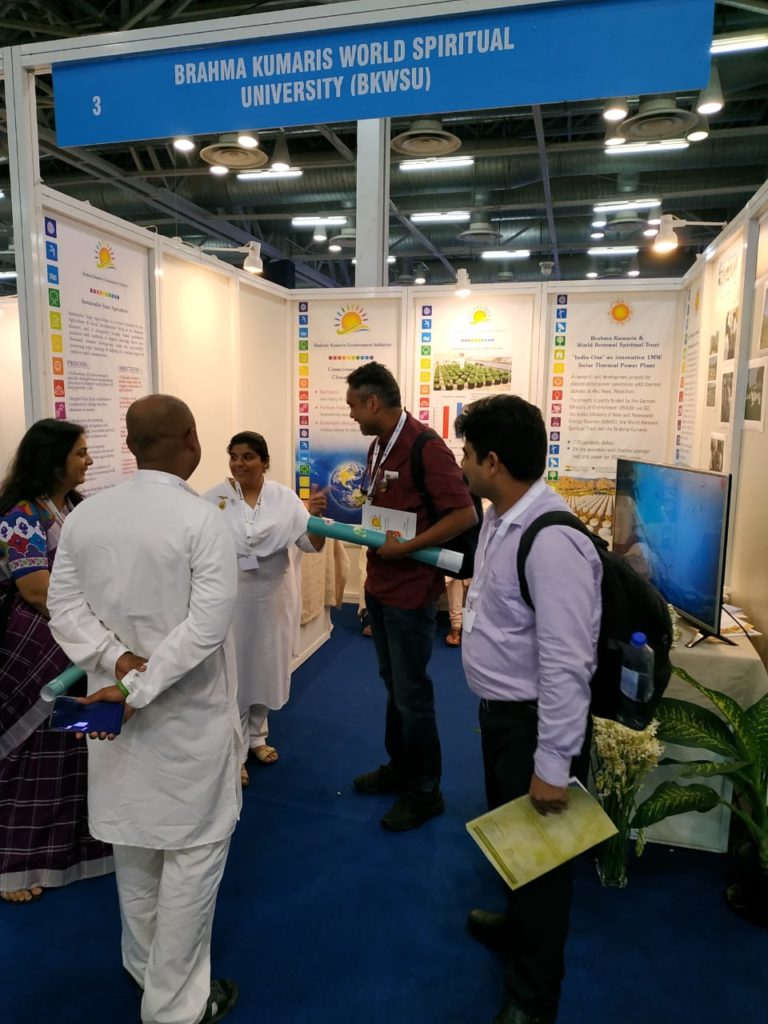 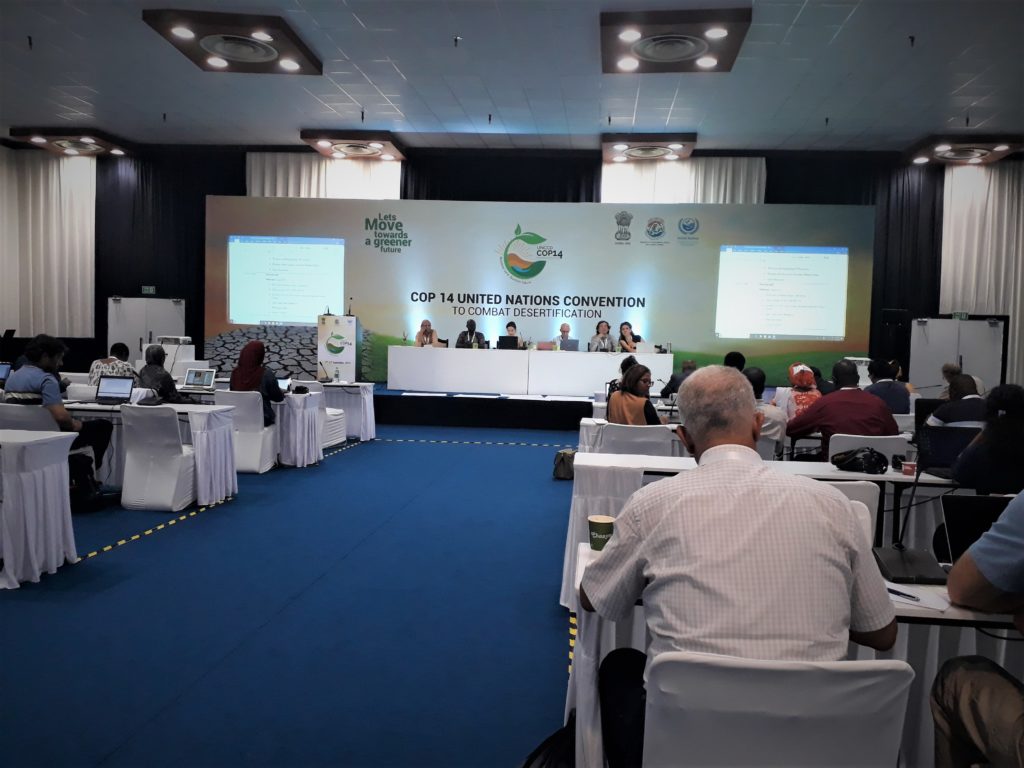 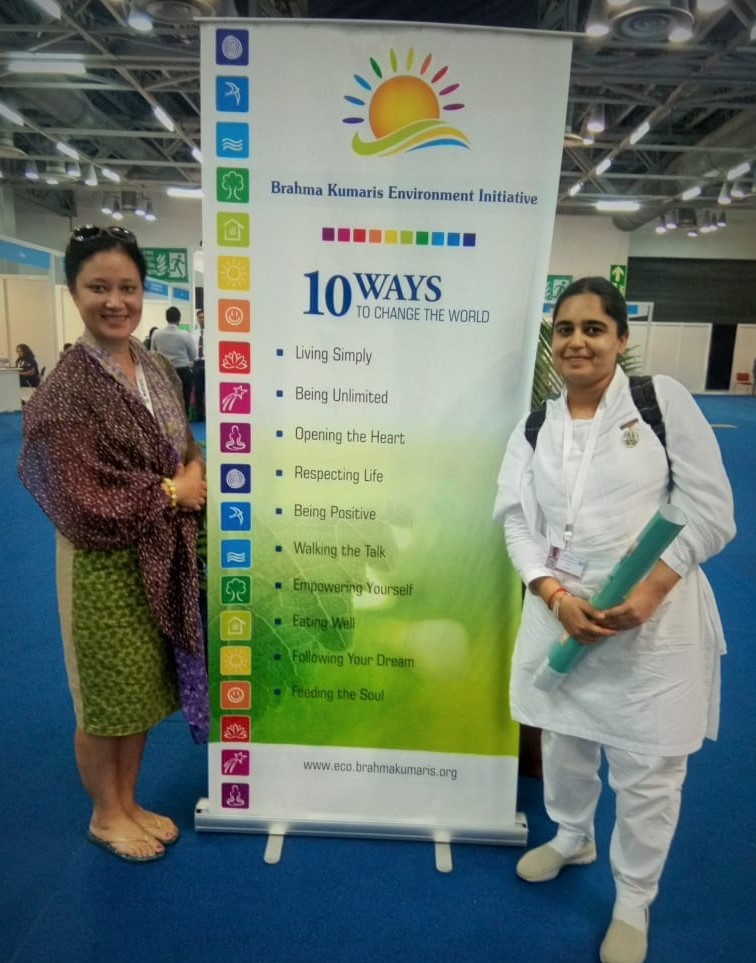