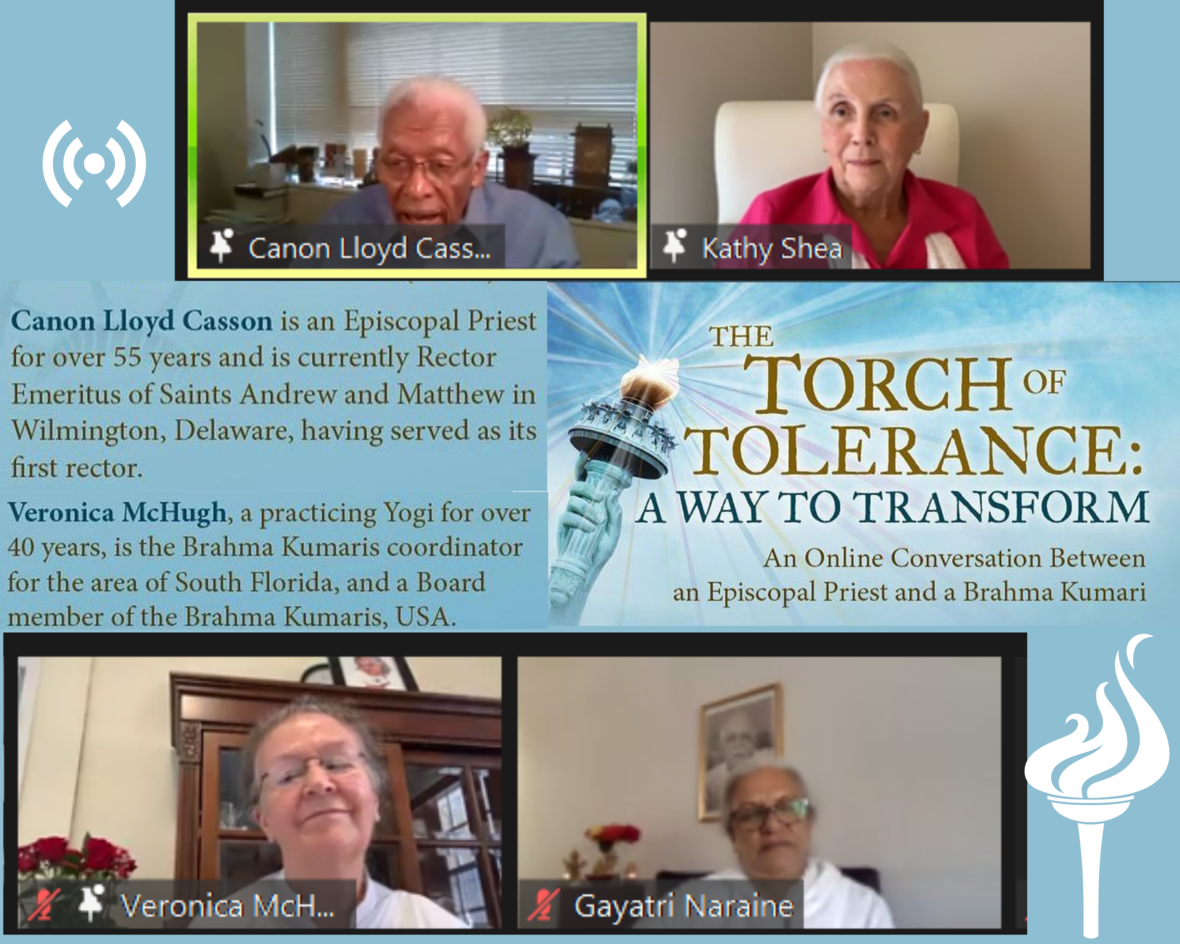 New York ( USA ): In observance of the UN International Day for Tolerance, BK Sister Waddy, Area Co-ordinator of the Brahma Kumaris in Florida, joined Cannon Lloyd Casson, Episcopal priest from Delaware, for a lively conversation about Tolerance. This was not a typical lecture, but rather a conversation among friends.

Lloyd and Waddy shared stories, their personal journeys and spiritual roots, insights, and deep truths. Both agreed that Tolerance was more than “putting up with” or “grinning and bearing it.” Lloyd emphasized the element of compassion and Waddy spoke of having a higher vision. Several hundred people attended this program which also featured artistic expressions from around the globe as well as an opportunity for reflection accompanied by the music of Denzal Sinclaire from Canada.

The conversation was moderated by BK Kathy and there was an opportunity for participants to respond to what they heard.

BK Sister Gayatri, Representative of the Brahma Kumaris to the United Nations, noted that the program was called the “Torch of Tolerance” and suggested that we can use this consciousness of the Torch of Tolerance in a transformative way.