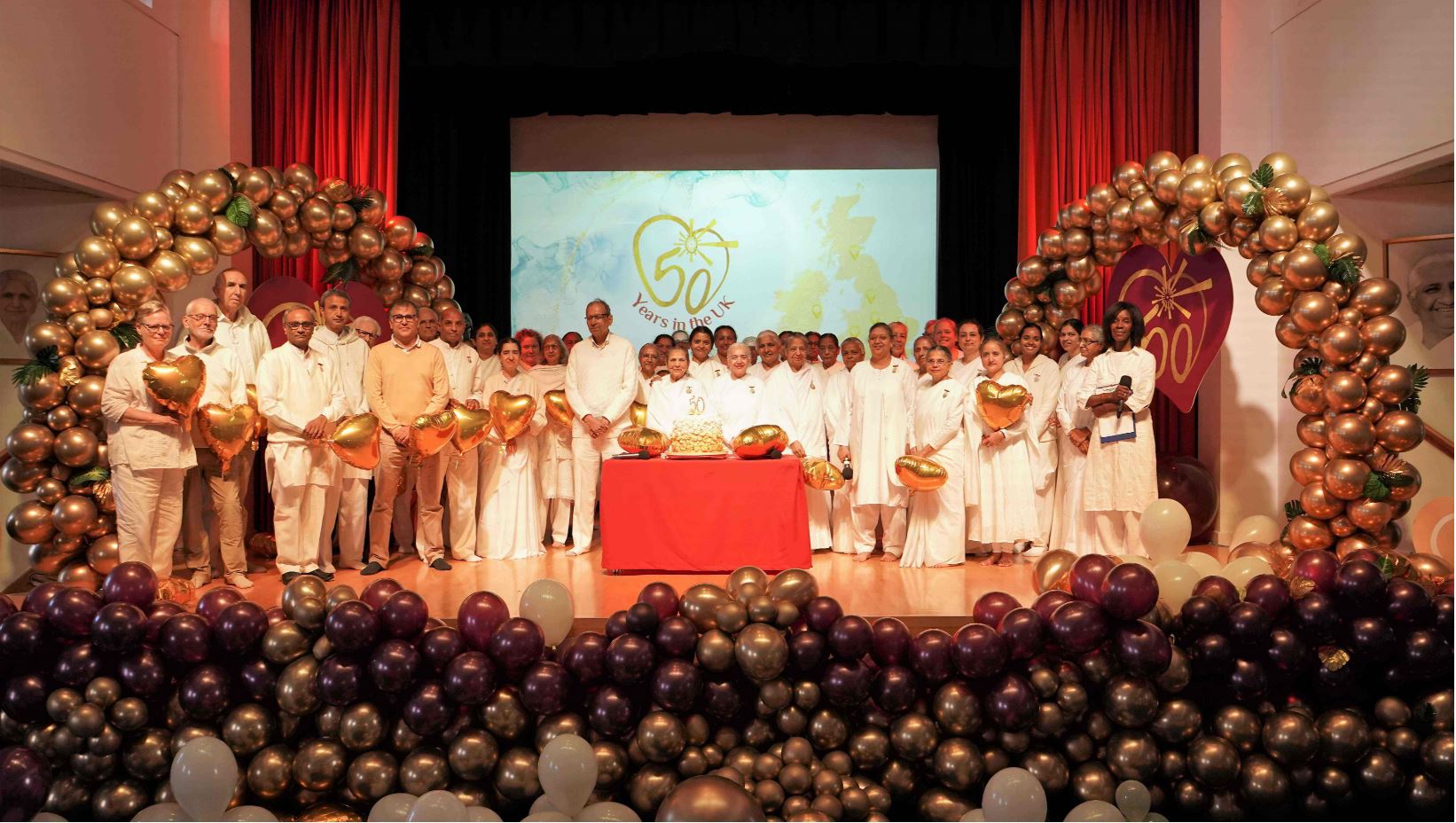 London ( UK ): Around 350 BK family members gathered together at Global Co-operation House in London to celebrate their 50 years Anniversary of Service in the UK.

It was a very beautiful stage with decorations of golden balloons and the symbol of the heart with God’s logo spreading rays.  MCs, BK Pearl and BK Arti, conducted the programme with a lot of fun and banter. The programme included short stories from BK Jayanti, Additional Chief of Brahma Kumaris, BK Sudesh, Director of Brahma Kumaris in Europe  and 8 videos from across the regions of the UK. The interview of BK Sudesh and BK Jayanti was conducted by BK Philippa and BK Gopi.

Dadi Janki’s video clip was shown, her dancing to the ‘Dancing Queen’ song, which she loved, and the whole audience and those on stage danced together. After a few moments of silence, were the final words from BK Sudesh and BK Jayanti, and then the cake-cutting ceremony. The cake had been decorated with 200 edible roses that had been prepared by a band of helpers, with a lot of love, over for the last 10 days.

BK Ratan, BK Sanjay, BK Maureen and BK Shashi shared a few words of good wishes as well.  It generated a huge amount of loving energy and gratitude for all that God has done, and the magic that He has shown through these 50 years.

There were also people online from across the world who enjoyed the special anniversary celebration.

For information about the series of public events: www.brahmakumaris.uk/50