Asia’s biggest museum on Bhagavad Gita to be inaugurated today 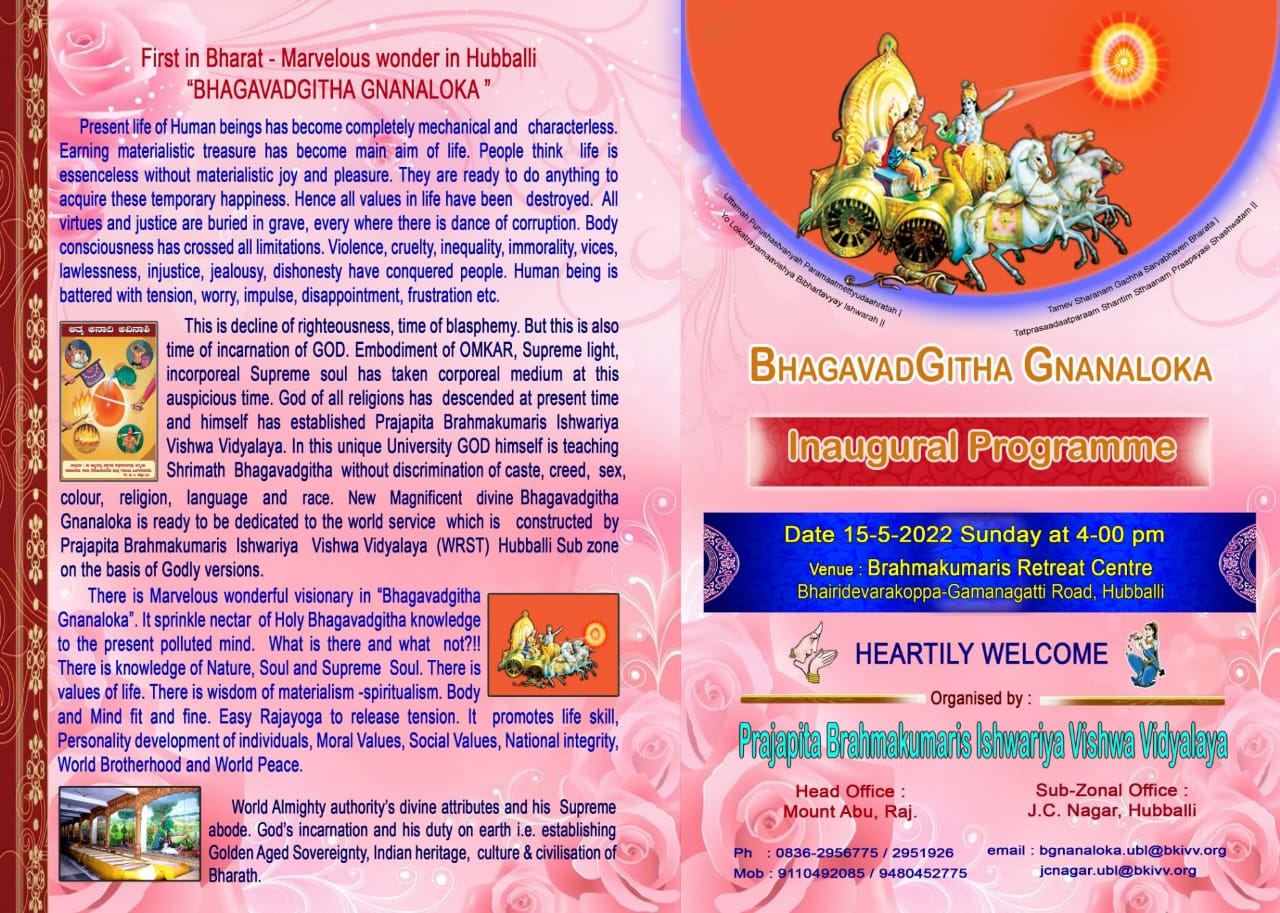 Convener of Brahma Kumaris Hubballi, BK Nirmaladevi told press persons that the museum would be Asia’s biggest on the Bhagavad Gita. The museum will be located at Om Shanthi Nagar on Bhairidevarakoppa- Gamanagatti Road in Hubballi.

“The museum campus is spread over five-and-a-half acres. It has 114 rooms and in each room there are artistic installations that explain the meaning of various shlokas so that even a layman can understand,” she said.

She said that the ‘Jnanaloka’ campus also had an auditorium that could accommodate 1,500 people where spiritual training programmes would be held. The campus would also have training programmes on spiritual knowledge and yoga training. At any given point of time around 200 members could stay at the campus to get training, she said.

“The concept of Jnanaloka museum is portrayal of the religion of truth and also the golden era of India,” she said.

A host of Ministers including Halappa Achar, Shankar Patil Munenakoppa, former Chief Minister Jagadish Shettar, former Minister H.K. Patil, and others would be participating in the function, she said. 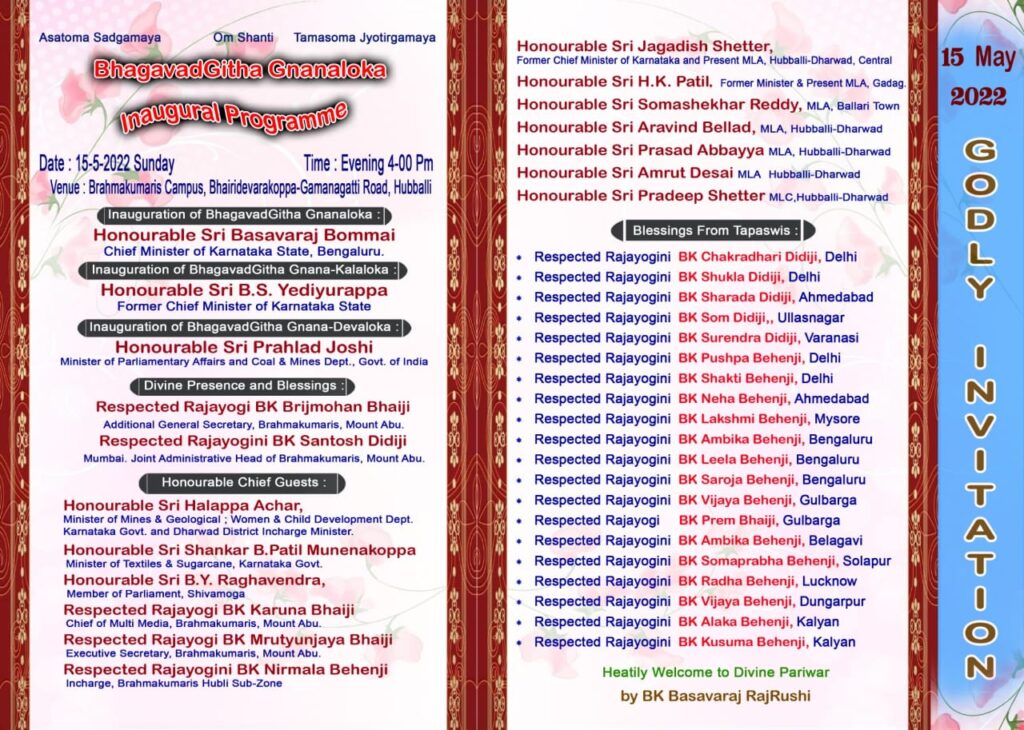 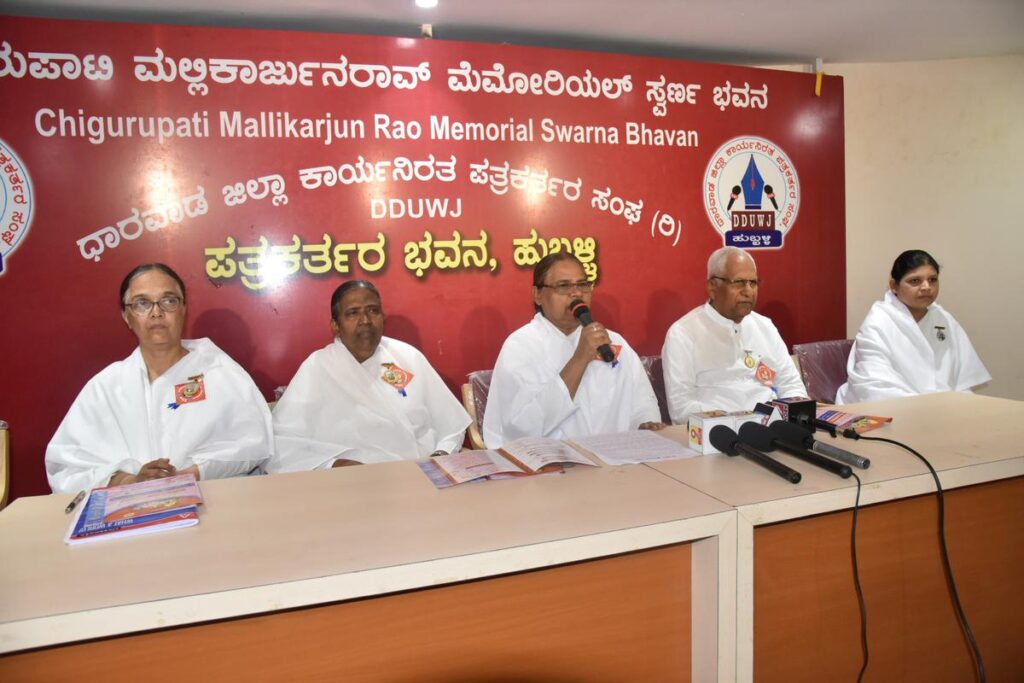