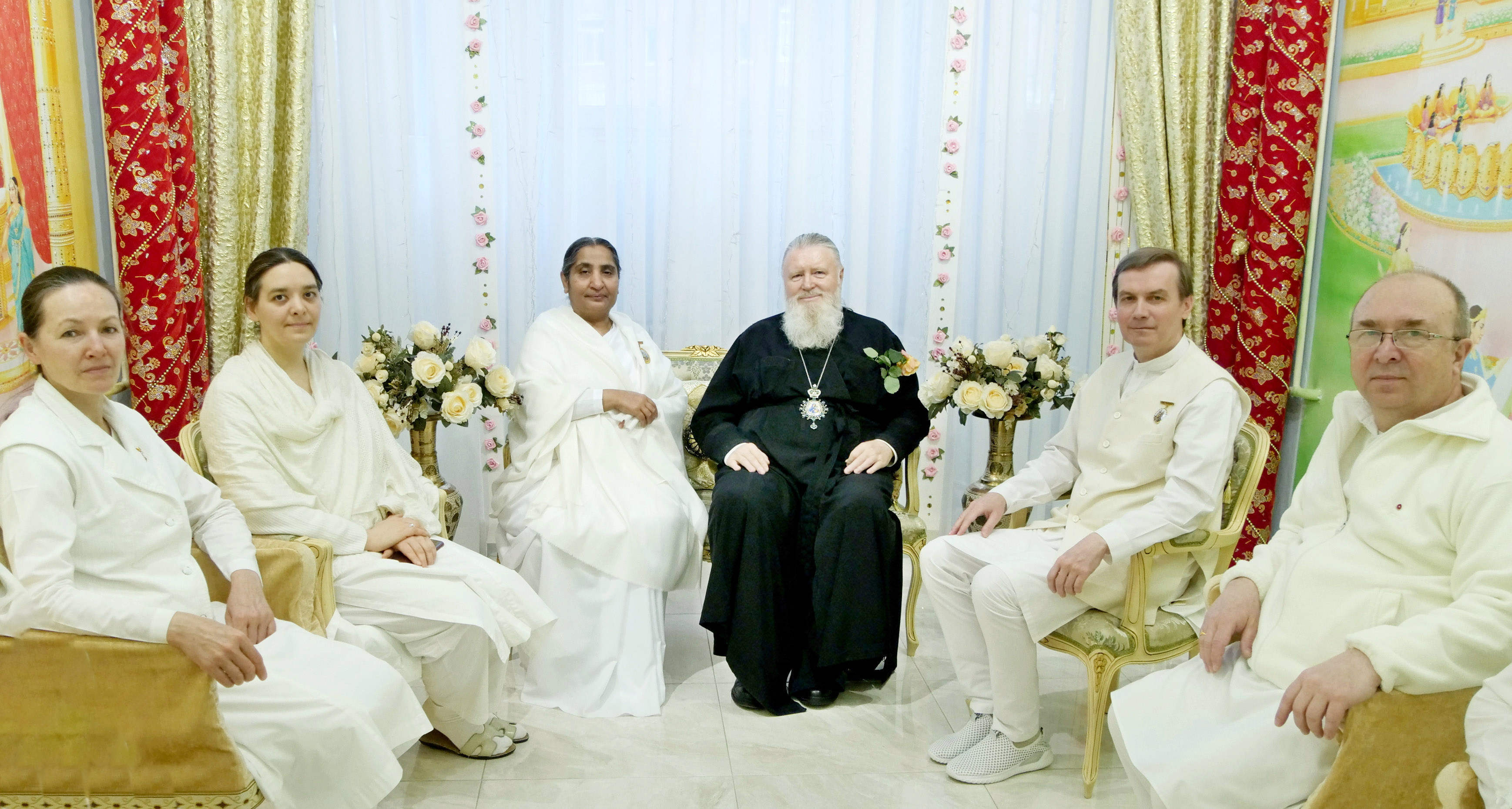 St. Petersburg ( Russia ): “We are passing through tough times. People are in dire need of the energy from the Divine. Their negativity is like a mushroom cap or an umbrella that prevents them from taking the light of God. When we remove the negativity, we open up for absorbing and spreading the energy of the Divine. Then we will never get weak or diseased”, said Father John during his second visit to Lighthouse.

Father John, representing “True Orthodox Church”, one of the numerous spiritual movements within Orthodox Christianity, was invited for a family get-together in Lighthouse on the 3rd day of Easter Week (according to the Orthodox Christian calendar). He was introduced to the latest large-scale service projects carried out by the Brahma Kumaris in India and across the world. After a video show about “The Golden Bharat” project and a ceremony of the postage stamp release in the memory of Rajyogini Dadi Janki ji, Father John met Didi Santosh and a group of BK students.

Referring to Shiv Baba’s picture in the background of the stage, Didi Santosh explained, “This is a photograph of God, but the Supreme Father is alive, and He is constantly giving us happiness, bliss and power. In Hindi, we call Him “Baba”, which means “father”. So you are also a baba, but a little one. And He is the senior Baba, the Father of all the souls, His children!”

Father John shared his opinion that automatic repetition of a prayer does not serve its purpose. “The words of a prayer may be beautiful and clever, yet they may not always resonate with what’s happening inside your heart. Moreover, people often get distracted while praying. They may utter the words, yet they will remember that they have to buy a pack of washing powder tonight. Therefore I advise they’d rather communicate with God by using whatever words emerge naturally from their heart at that time.”

Didi said that a sign of true purity and love for the Supreme Father is that a soul develops an urge to be a giver. In this connection, she shared the good news about a new project dedicated to 32th anniversary of the Brahma Kumaris in St. Petersburg. The title of the project is “The Culture of Giving: a Golden Mantra for the golden future of Russia and the world”. “The conflict going on now has sparked concerns across the world. The spiritual solution lies in reminding ourselves that all of us are the children of one God. Why should we fight over “yours” and “mine”? We have to get stable in this very wise stage of belonging to the One. As we develop this golden stage, a golden world of heaven starts forming around us.”

Didi presented a book on spiritual knowledge “Who am I?” to Father John and offered him to choose a blessing card for himself. The blessing card said, “You are a powerful soul who sustains others with your enthusiasm and the spirit of giving”. “Just see, it proves that God knows you very well”, Didi said. After that, Father John enjoyed powerful moments of silence in Meditation room. 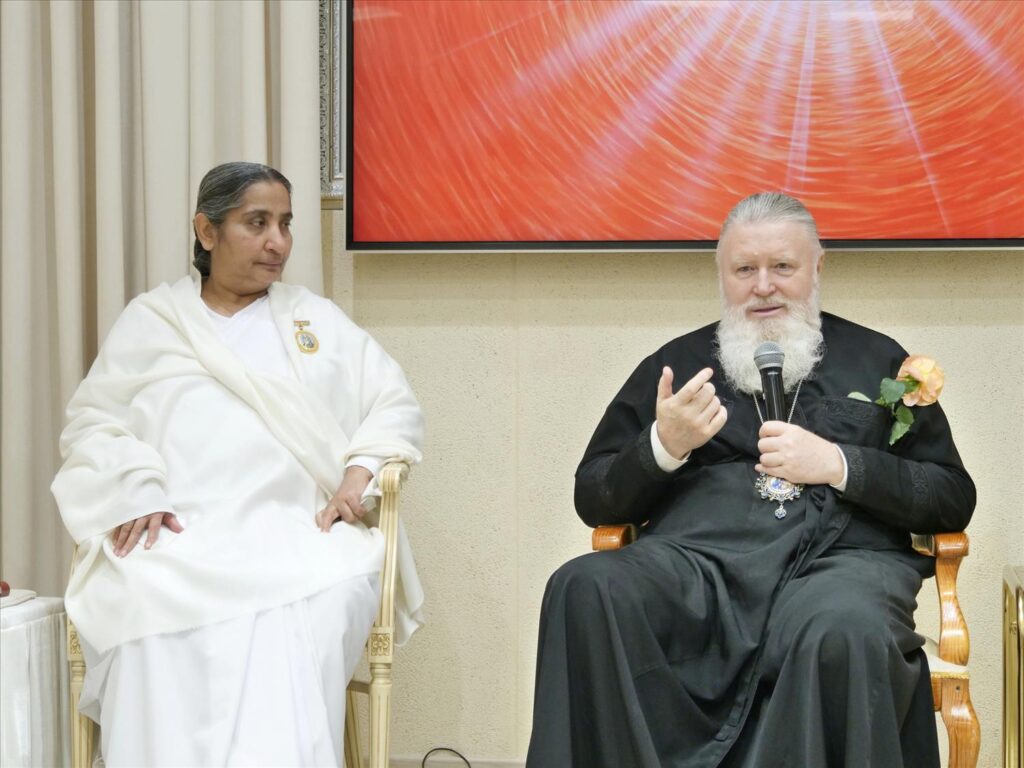 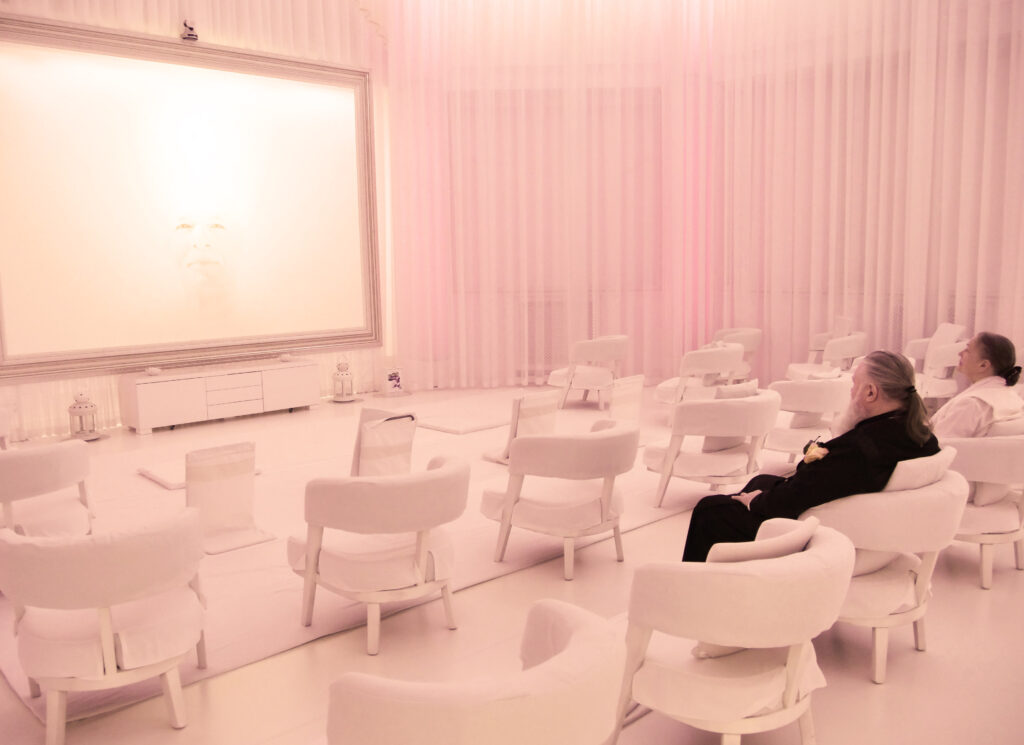 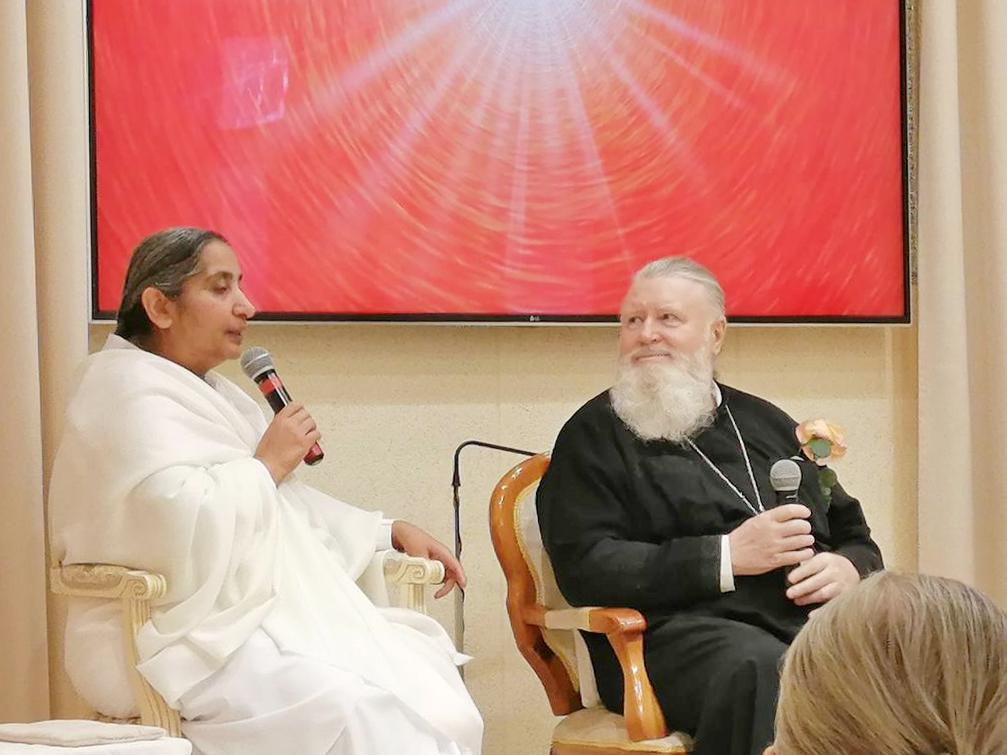 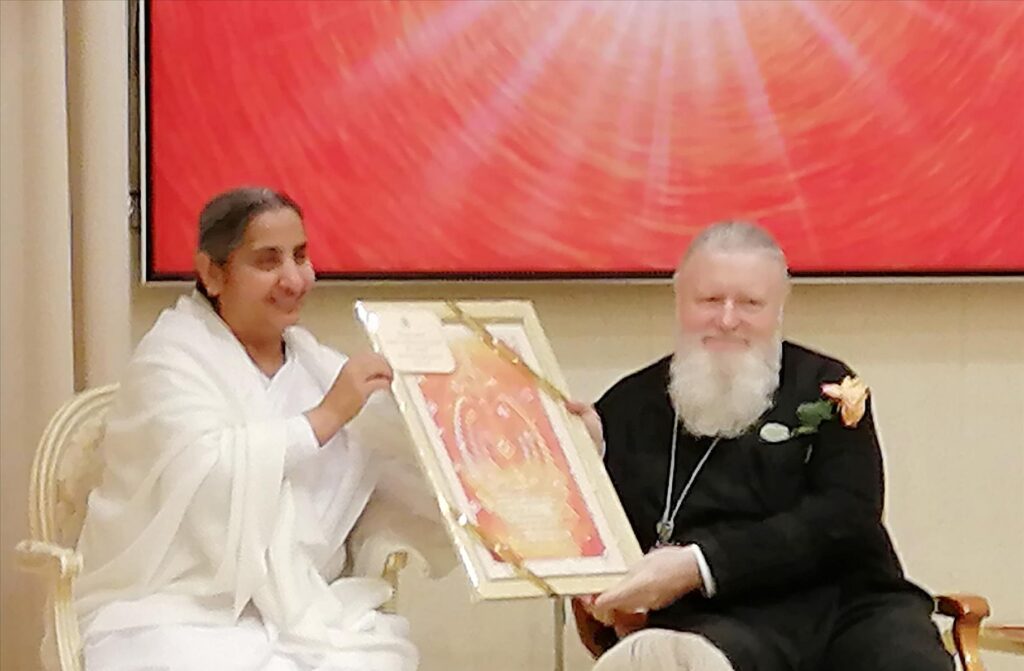 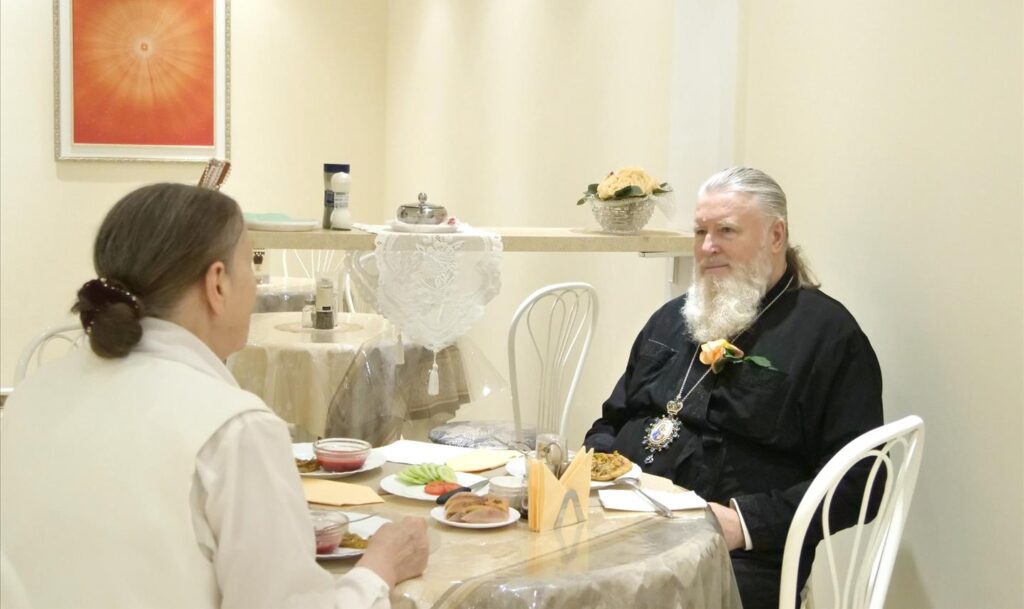 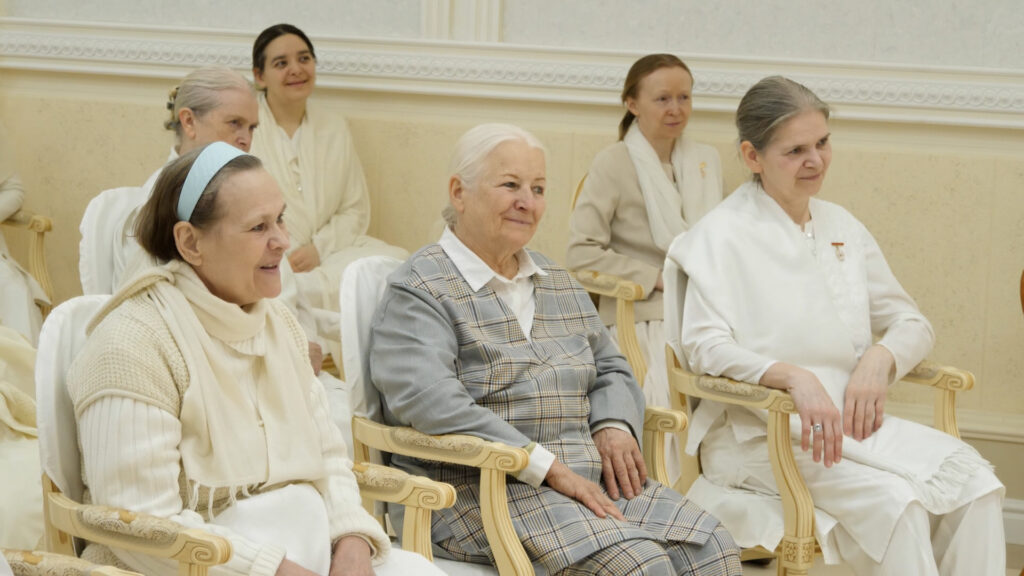