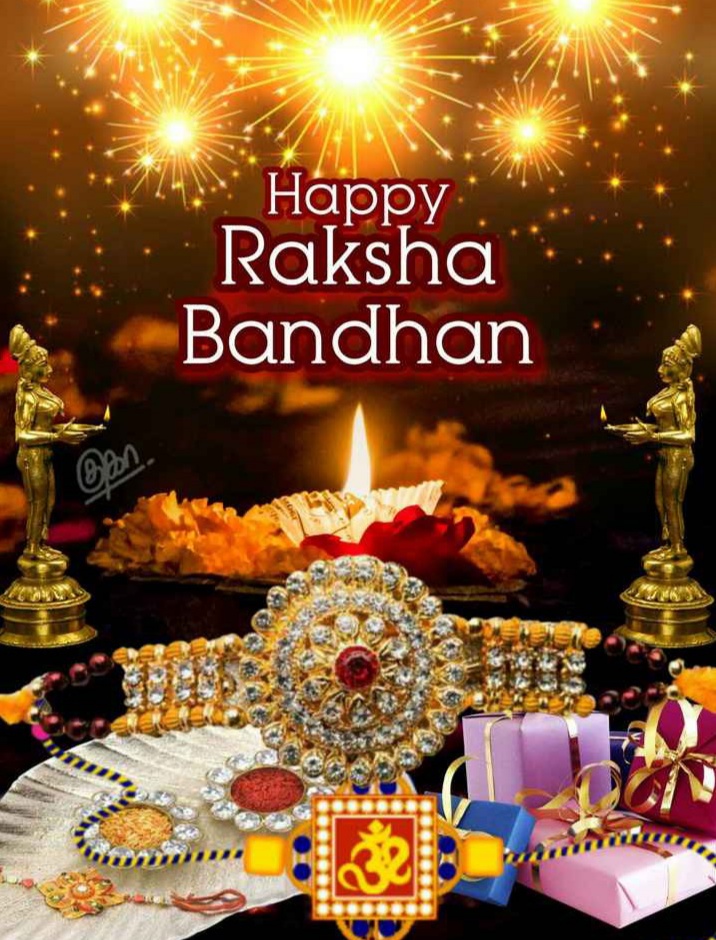 It’s time each brother extends his vow to protect and to have pure feelings towards all women just like he does for his own sisters.

Do we ever stop to marvel at the magic of love? They say, love is as delicate as a flower that a single touch can bruise it and yet so strong as to withstand all storms – purity makes love bloom and strengthens it for all time. Love born out of Purity, begets faith and security; this is undoubtedly the strongest energy force we can possess today.  Real Love knows no limitations nor nurtures any prejudice.  Love is the epitome of freedom and power but only when grounded in Purity and Spiritual principles.  The Festival of Raksha Bandhan (Bond of Protection) speaks of this Sacred, Loving relationship that nurtures, protects and uplifts.

Like every year, this year too the festival of Raksha Bhandan will be celebrated with great enthusiasm and joy. Every house will witness the seen of sisters tying modern fashionable Rakhis of silk and nylon on their brother’s wrist and sharing sweets. Even if the sister stays miles away from her brother, she sends Rakhi by post to her beloved brother and thus expresses her pure love for him.

Raksha Bhandan is a festival symbolizing pure love between brothers and sisters and is celebrated with great joy. It is a festival of bondage – true bondage that is unique and lovely. It sounds unusual because on one hand we celebrate Independence Day and on the other hand we also celebrate some festivals of love-full bondage like Raksha Bhandan. Our country is famous for its rich cultural heritage and the spiritual significance of various festivals celebrated here. The spiritual significance of various festivals may sound unusual but every spiritual reasoning is associated with the thoughts of the Supreme Soul, Supreme Father – the guardian of all souls.

There are different types of bondages – physical, worldly, spiritual and Godly. The physical and worldly bondages involve the five vices of lust, greed etc. but the spiritual Godly bondage involves reaping good fruits of elevated actions. Raksha Bhandan is a religious and spiritual bondage – a sacred bondage of pure love and faith. To attain high goals one has to tie the knot of determination in his mind and make a promise to himself. He needs to bond himself with a promise. On the day of Raksha Bhandan sisters getup early in the morning and get ready eager to tie the Rakhi on their brother’s wrists. Their minds are flooded with true love for each other. This relationship involves a great level of sanctity and purity. Hence, whenever a boy or a man looks down upon a girl or a woman with a wrong notion the girl or women immediately ties a Rakhi on his hand and changes his immoral notion or thoughts with the sacred thread of Rakhi. Hence, this festival is considered as a symbol of purity but the true spiritual significance of this festival is not realized by many of us and hence we cannot celebrate it in the right manner nor enjoy its benefits.

A girl aged 15 – 20 years very lovingly ties a Rakhi on the wrist of her young brother who may be 2 or 3 years old but how can a young sweet child of 2 years take care or protect his elder sister who is in her youth? Sisters tie Rakhi on their brother’s wrist as bondage of love and protection so that her brother protects her chastity at all times. But when the brother stays far away from his sister he cannot come to her help. So who is to protect whom? Our ancient history is full of many such instances which are thought provoking. Example when Drupadi’s “Vastra haran” or “Rape” in modern times took place in the open durbar (hall) in the presence of her five husbands, her relations, elders, gurus, she was screaming for help, but no one came forward to help her. Finally, she called upon God the savior who then saved her.When brothers or other people become incapable or unworthy of saving their kith and kin it is only God who can offer timely help and protection. But unfortunately, today no one recollects these incidences. Similarly, one of our scriptures also mentions about Yamraj the Lord of Death who comes to take away the lives of people. He also has empowered himself by tying a Rakhi from his sister and felt that there was immense power in that Rakhi tied by his sister.

Another story is that of Lord Indra – when he got defeated at the hands of Asuras the first time, he asked his wife Indryayani to tie Rakhi and he returned victorious the second time winning back his lost kingdom. Indra and Indryayani were husband and wife and not brother and sister – then why did Indryayani tie Rakhi to him? In olden times Brahmins went to different houses and tied Rakhi to the head of the family for which they were given  “Dakshina” (token money). They also did not have any relationship of brother and sister between them – infact in olden times the wife used to tie Rakhi to her husband and apply Tilak on his forehead when he left home for war.

Subsequently, this practice stopped and today the festival of Raksha Bhandan has lost its original significance and is celebrated just like a ritual. But one should understand the true importance of this festival. It is symbolic of purity in relationships. As a ritual the sister applies Tilak of Kesar (saffron), Akshat (rice) or Chandan (sandal wood). What is the significance of this? Tilak is always applied in the center of the forehead in between the eyebrows. This represents or reminds one of the placement of the soul, which resides here and operates from this place. The soul is the truthful, blissful conscient point of light which controls the body that is made up of the five elements. The Akshat applied along with Kesar – Akshat stands for immortal, the saffron colour represents the colour of knowledge with which the soul gets colored. So, the Tilak symbolizes the basic nature of the soul i.e. purity and eternity. The sister then ties a silk thread on her brother’s wrist which symbolizes feelings of true love and faith for her brother. The thread is also symbolic of the promise and commitment of both the brother and sister to share their joys and sorrows. While sharing sweets theypromise that they shall always speak only sweet words to each other.

The festival of Raksha Bhandan is also known “Punya Pradhayak Parva” – festival of righteousness – and “Vish Thodak Parva” – festival destroying poisonous vices, which means the festival is related to elimination of vices and becoming a pure elevated soul. Brahmins are always entrusted with performing religious and righteous deeds – so Raksha Bhandan is also a festival representing the religion of purity and a promise to eliminate the vice of lust from our minds.

In the cycle of world drama wheel a time comes when there is a downfall of moral virtues and total unrighteousness. The celibacy of brothers and sisters is endangered. During this time the Supreme Soul, the Supreme Father incarnates on this earth and re-establishes a pure, righteous virtuous world through Prajapita Brahma. There is a famous proverb which quotes that “Brahmins were born from the mouth of Brahma”. The meaning is that the Supreme Father imparts true knowledge through the medium of Brahma and does the work of purifying impure souls. Such souls which absorbs this knowledge and puts it to practice is known as Brahma Kumars/Kumaris. These children of Brahma (especially the spiritual sisters) then tie the band of purity (Rakhi) to both the males and females thus protecting themselves from their evil eyes and also making them undertake a promise to remain under the canopy of God the Supreme Father. Raksha Bhandan is thus symbolic of this promise made by us to remain pure in return for which God promises us protection for ever. Raksha means protection – God is the one and only Supreme protector of souls and this is a festival to re-establish our relationship with this Supreme Protector. The one who establishes this relationship with God always feels secure in life. Raksha Bhandan is a very big festival of the pure bondage between the Supreme Soul and his creations – the Souls.

Hearty Greetings to one and all on the occasion of this festival of Purity. Om Shanti!