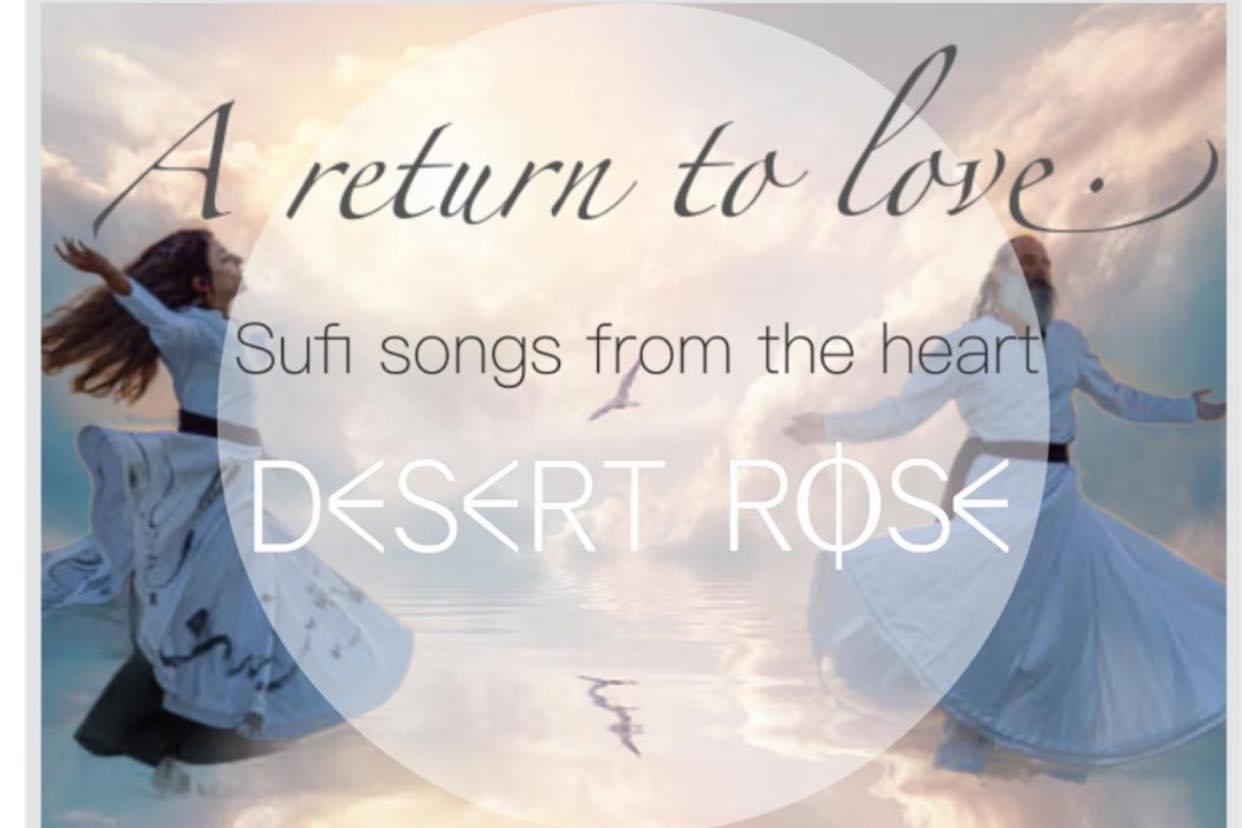 Desert Rose of South Africa will perform in their first online Sufi world music event titled “A Return to Love: Sufi Songs from the Heart” on 1 August  2020. The concert will be live streamed in 3 time zones and on 6 continents.

Universal sacred world music artists Yusuf Ganief and Lynne Holmes, will engage an online audience in an uplifting and emotive performance of ancient Sufi Arabic world music in a classical world music style. The sacred sound journey (i.e.,concert) is meant “to help (us) send out positive & healing energy to those in need, including ourselves.”

“At the age of ten, Yusuf’s talent was recognized as a sacred singer. His Saturday nights were spent singing at spiritual gatherings in devotional singing called Dhikr – a Sufi practice. His Sufi leader and teacher recognized his ability to open hearts through his Naad voice which led to him leading many devotional chanting gatherings as a child and young adult.

This Sufi world music concert will include mostly Sufi Arabic and English songs from their albums The Prayer, The Awakening, Tariqat – The Path, Being with One and songs that have still be recorded like Give Yourself to the Light, We’re All Going Home and Face to Face. Desert Rose produced their first Sufi Album in 2008 and became leaders in Sufi Afro-Arabic world music by 2011 when they produced Tariqat.

Please go to the website and check out at which concert event is suitable for you to attend, from the 3-regional groupings and time zones — https://www.desertrosemusic.co.za

The 3-live streamed concert events/regional groupings are for:

Due to the pandemic preventing public gatherings and international travel, Desert Rose had to postpone all their income generating work indefinitely for 2020. Individuals or groups who would like to support their ongoing research, compositions and sound healing work can make a donation. It will be greatly appreciated.

Yusuf and Lynne are raja yoga meditators with the Brahma Kumaris, based in Capetown, South Africa. They managed to cross the border from Mozambique into South Africa before it was closed, right after a Sound to Healing retreat they conducted. They are presently on lockdown in Port Elizabeth, where they are to broadcast the online concert from. 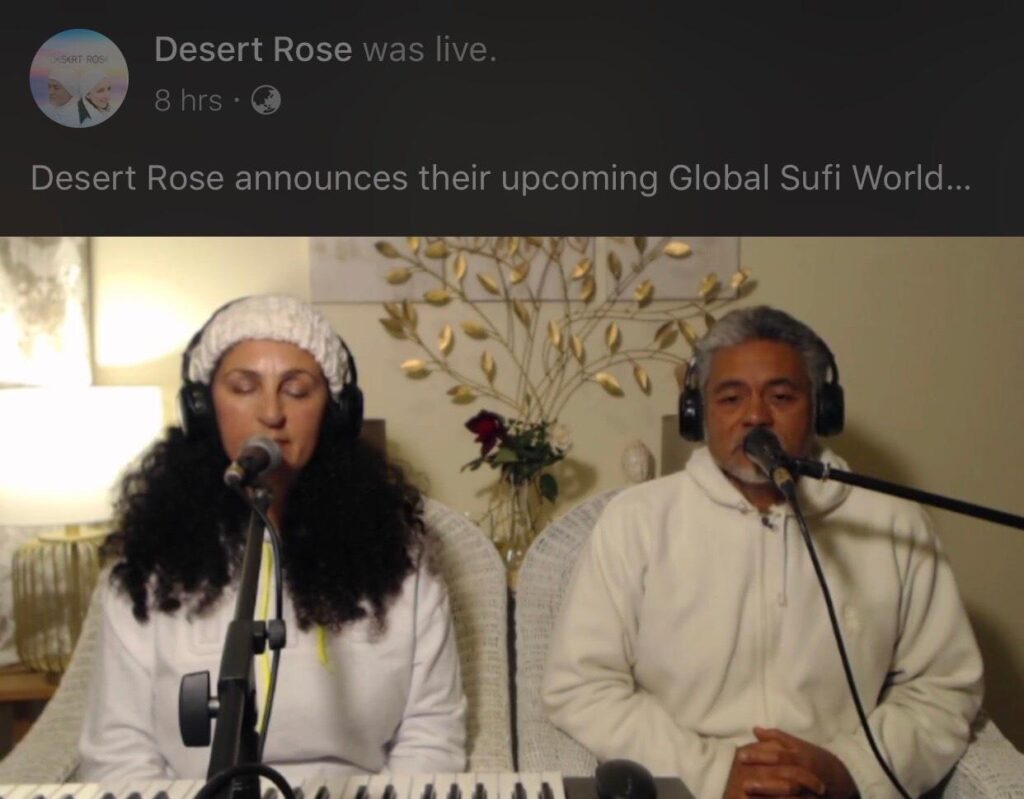