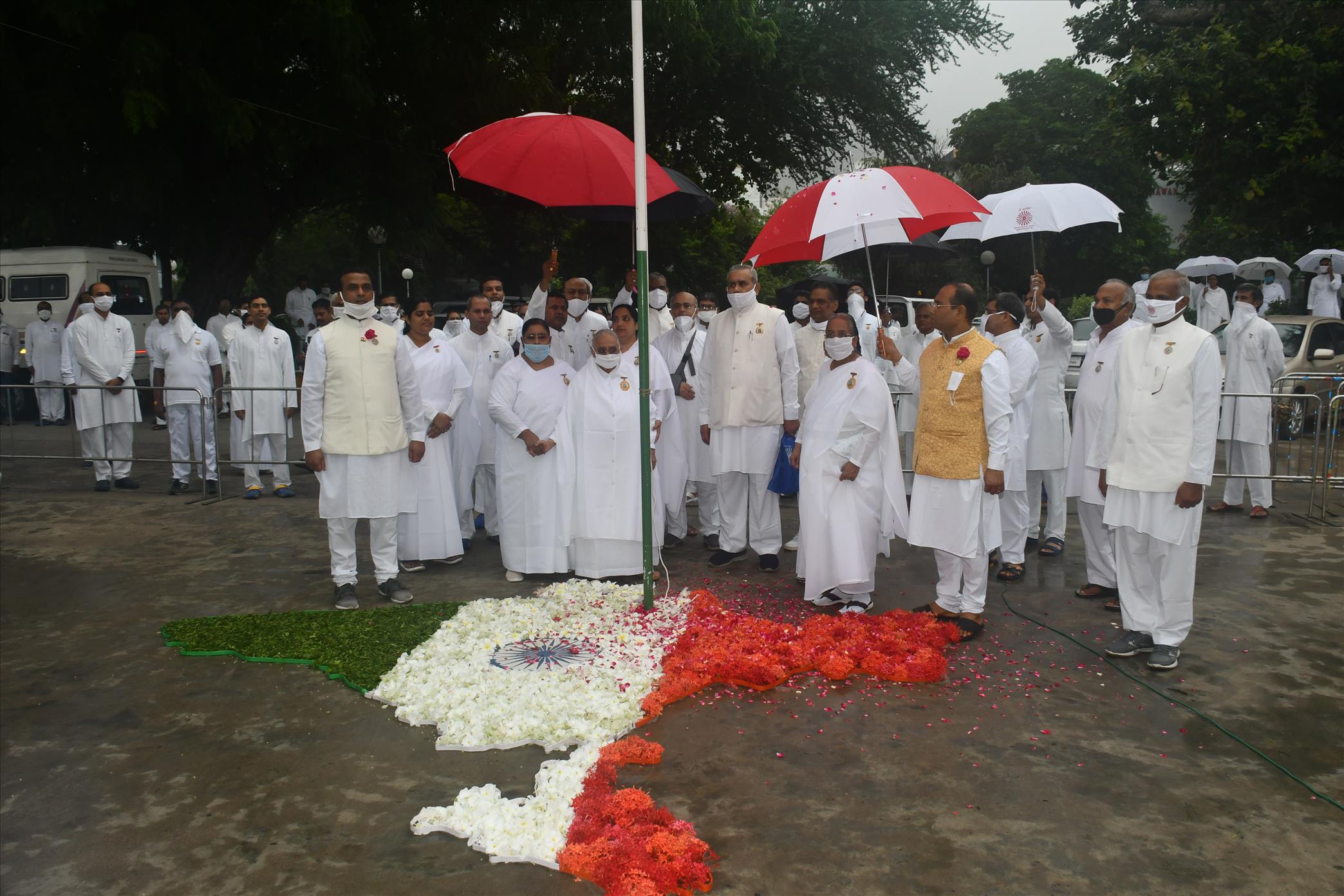 Mount Abu ( Rajasthan ): Brahma Kumaris Head Quarters celebrated the 74th Independence Day of India at its complexes, in Om Shanti Bhawan and Shantivan.  At the flag-raising ceremony in Shantivan, Dadi Ratanmohini, Joint Administrative Head of Brahma Kumaris; BK Munni, General Manager of Brahma Kumaris; and BK Mruthyunjaya, Executive Secretary of Brahma Kumaris; were present to unfurl the National tricolor flag.  Amidst floral decorations and the National Anthem, the tricolor flag was unfurled by Dadi Ratanmohini and silence was observed to pay homage to martyrs who sacrificed their lives during the fight for National Freedom. BK Mruthyunjaya addressed the gathering on this occasion.

The National Flag was hoisted with due respect in Om Shanti Bhawan by Senior Rajayogi BK Shashi, in the presence of BK Sheilu and BK Avtar, who gave greetings on the occasion.