Hong Kong’s journey of Godly services reached a milestone by completing 50 Golden Years (1971 – 2021). On this auspicious occasion, the Raja Yoga Centres in Hong Kong embarked on an ambitious plan to conduct multiple programs that would help spread Godly knowledge to all parts of Hong Kong.

Here is a synopsis of programs being conducted to fortify God’s power in Hong Kong.

To prepare the ground for a powerful Golden Jubilee celebrations, the Raja Yoga Centres decided to flag-off the events by building inner power through a 50-hours Uninterrupted Meditation Session that was conducted in-person at the premises of the Kowloon Centre. Members of the BK family came together to take turns in seated meditation in the Meditation room. This ensured the 50-years completion event started with God’s Blessings.

Given the momentous milestone completion, the Spiritual Diwali celebration was held in two parts. One part was held outside the centre – at a well-known school in Hong Kong. The program, conducted with grand fervor, had a mix of meditation, cultural programs from various parts of the world, spiritual games and distribution of Blessings and Holy sweets.

The second part of the Diwali celebration was held at the Centre, which was decorated as Golden Age. There was lighting of the lamp (diya) and Maha Bhog offered to God. 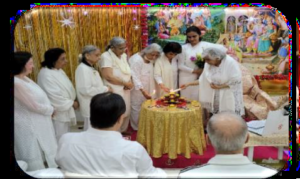 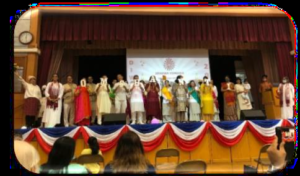 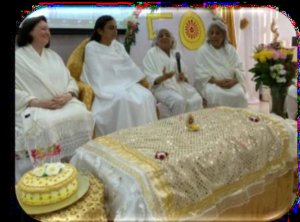 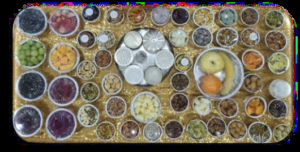 On Satguruvar days (Thursday of the True Guru), each member of the BK family was invited to write a pledge to God to reiterate their resolve of self-transformation. Each pledge was then decorated on the Centre’s wall as rays emanating from God Shiva. This plaque of spiritual pledge will remain on the wall for a year as a reminder to all.

One of the schools invited the Raja Yoga Centre to conduct a Meditation session and an introduction to spiritual lifestyle. This was a part of the community outreach program of the Raja Yoga Centre. Targeted mainly towards the parents of school children, this program presented a holistic lifestyle that integrates spirituality, health, family and professional lives. The program was well-received by the school community.

Women being a key part of human society, the Raja Yoga Centre conducted a program of bringing the women from Hong Kong’s local communities into a session for Women Empowerment. With the theme “Women As Motivators & Driving Force of Society,” the program highlighted the unique role women play in sustaining their families and also professionally – basically society as a whole. There was reiteration of the fact that women represent Shakti – the feminine force behind world transformation and sustenance. 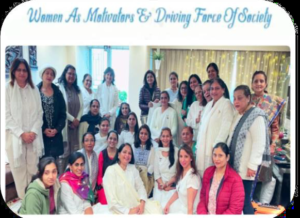 A key location in Hong Kong was chosen for a Cycle Rally. Members of the BK family, riding bicycles, spread out to cover the area and promote God’s message. Flyers about Raja Yoga Meditation were distributed to several people of the local community which consisted of people of Hong Kong as well as expats. During the rally, soft spiritual music was also played. 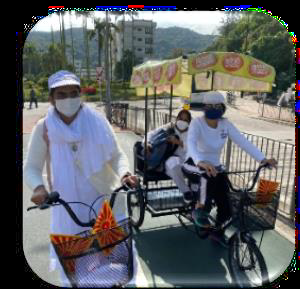 `Ferries are an important mode of public transport in the ecosystem of Hong Kong. The BK Family of the Raja Yoga Centres embarked on this spiritual trip on water. The main objective of the Ferry ride was to bring God’s healing energy (Sakash) to the 5 elements. In addition, the trip also achieved promoting God’s presence among fellow-passengers in the ferry, what with the BK family looking like a group of Angels donned in white. 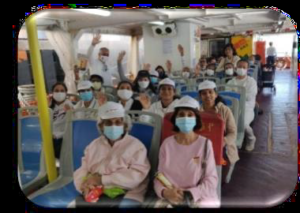 In one of the beach towns in Hong Kong, BK family members gathered for a Moonlight Meditation session, as a unique way of promoting spiritual practices. There was also the aim to bless the 5 elements, hence the reason for conducting this near a large water body. With a recorded meditation commentary audio played out on a speaker, this 1-hour session created an energized atmosphere in that location. Many people from the local community were attracted towards this session.

In Hong Kong, Domestic Helpers are a key support to the society. Hailing from various countries, these helpers usually embark on a life of sacrifice where they separate from their families to come work in Hong Kong, for better income, to improve their family’s financial situation. The Raja Yoga Centre recognizes this aspect of society, so we conducted a program dedicated to the Domestic Helpers. The session appreciated the helpers and introduced them to a self-empowered lifestyle which can sustain their inner happiness. They were welcomed to visit the Raja Yoga Centre frequently and take advantage of various programs that are conducted for continued sustenance. 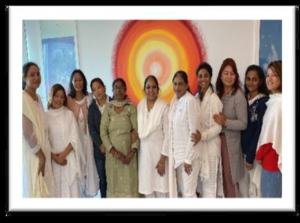 The Raja Yoga Centres in Hong Kong during this momentous period did guided meditation. Many shared that they had a wonderful experience of reaching a powerful state.

BK family members came to understand how to relate spiritual knowledge to their Christian acquaintances – a valuable skill during the Confluence Age. 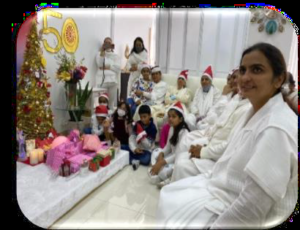 Dussehra With Community from Nepal

To celebrate their biggest festival, the Nepali BK community of Hong Kong came together on Dussehra. Conducted at the Kowloon premises of the Raja Yoga Centre, the key highlight of the session was a discourse on the significance of this festival in Nepal, where it is called Dashain which celebrates the victory of good over evil. It is believed that on this day the Goddess Durga defeated the demon Mahishasura. The spiritual significance associated with this belief was discussed during the BK event. 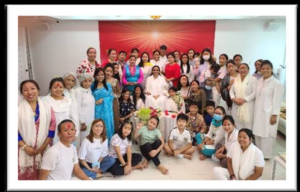