Mysore (Karnataka): The 18-foot-tall Maha Shivalinga Darshan was set up by the Brahma Kumaris, Mysore, at the Jatra Jubilee celebrations of Sattur Sri Shivaratriswara Shivayogi, famous in Karnataka. It was first recorded in the “Wonder Book of the World” when it was decorated with 1 lakh LEDs. In addition to the ‘Gyan Darshan’, ‘World Transition Exhibition’ and ‘The Permanent Yogic Movie Show’, about 10 lakh people visited Shivling the same day along with Swamijis, MLAs, and many others. It was one of the most attractive attractions in the huge fair.

BK Lakshmi, Incharge of the Brahma Kumaris, Mysore, took part in the program ‘Agriculture seminar,’ where she said that the farmers are the backbone of the country. Farmers’ suicides have been increasing in recent years. This is because of lack of support for the crop and the farmers’ need to maintain inner calmness. Humans have to develop patience, courage, and morale, so that they can achieve something. She explained that in the remembrance of the Lord and with good intentions, success is achieved.

At the end of the ceremony, BK Laxmi was honored. 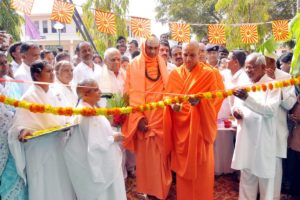 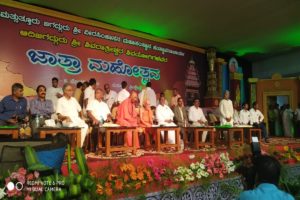 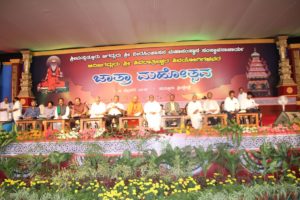 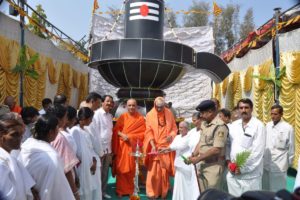 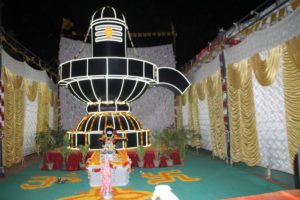 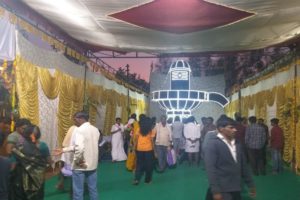 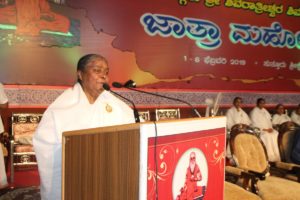 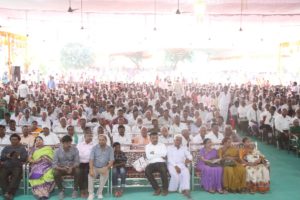